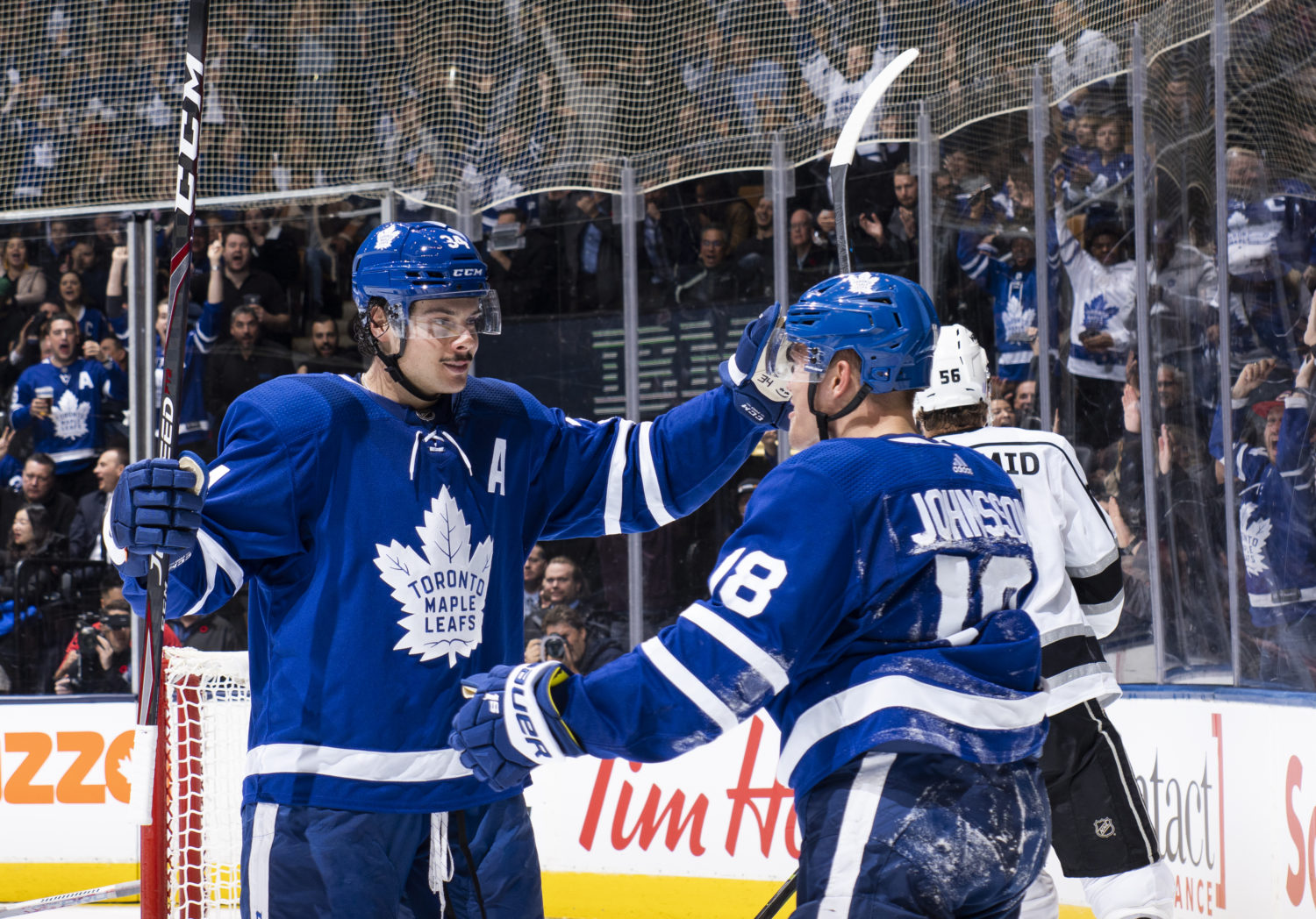 The LA Kings fell 3-1 to the Toronto Maple Leafs Tuesday night in a largely well-executed inverse to their recent formula. They were beaten five-on-five yet won the special teams and goaltending battle, but just couldn’t generate enough volume or quality to accompany their effective defending and defusing of some of the league’s most high-profile stars. The game plan was carried out and the work ethic remained steady, but there just wasn’t much created at all by Kings forwards, who recorded seven shots on goal during five-on-five play. It sounded like that was a part of that plan, with McLellan describing Toronto’s proclivity to place bodies in the middle of the defensive zone and open up some low-to-high opportunities. While the Kings didn’t get the deflections they’d looked for and largely played a smart, contained, in-control game, they were still out-chanced, as would be inevitable from a game on the road against one of the team’s deepest offenses. But there were encouraging signs. Encouraging signs don’t add wins to the standings but do provide an unquantifiable and modest net positive from the day and stand as the essence of what their season will be judged by: growth. Hopefully for the group there will be greater leaps of growth on this trip. 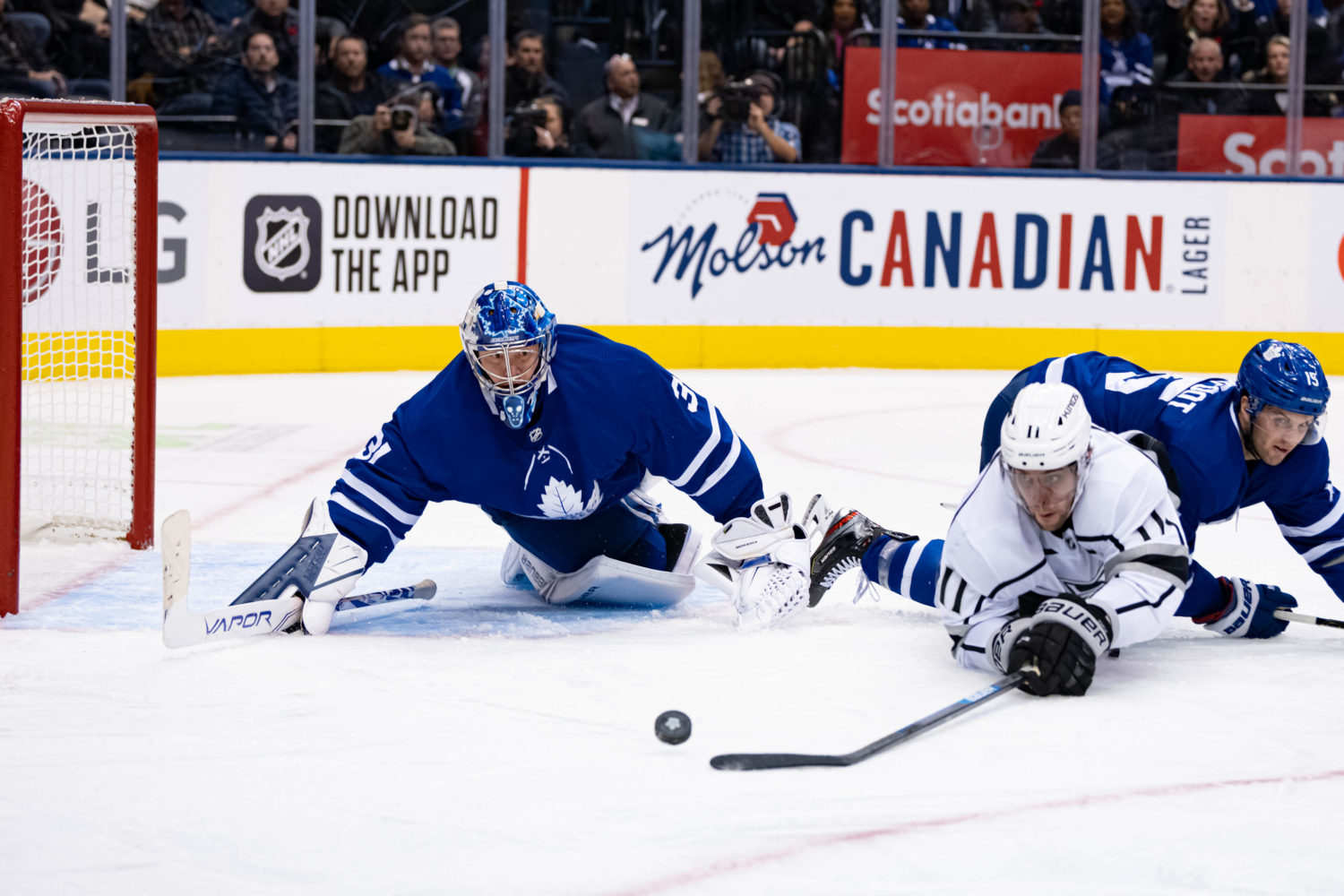 Five minutes and 40 seconds of Toronto power play time, only three shots on goal. That’s an improvement, as was taking only three penalties through the first 59 and a half minutes of game action. Their power play is no longer helmed by Jim Hiller, but the Leafs still own an embarrassing array of offensive skill and finishing ability amidst its evolution, so that’s a good night at the office – though one that benefited from uncharacteristic John Tavares rustiness. Los Angeles’ man advantage cashed in on its second shot on goal during a disjointed power play, the first coming off Ilya Kovalchuk pressure that wasn’t as much of a shot as it was a poke check Frederik Andersen shoveled aside as if it was snow. And because this game was the inverse, negative-image model of their recent play, of course they went on to score when Alex Iafallo, using good hands, played a puck near the goal line that had been skulled well wide by Anze Kopitar. 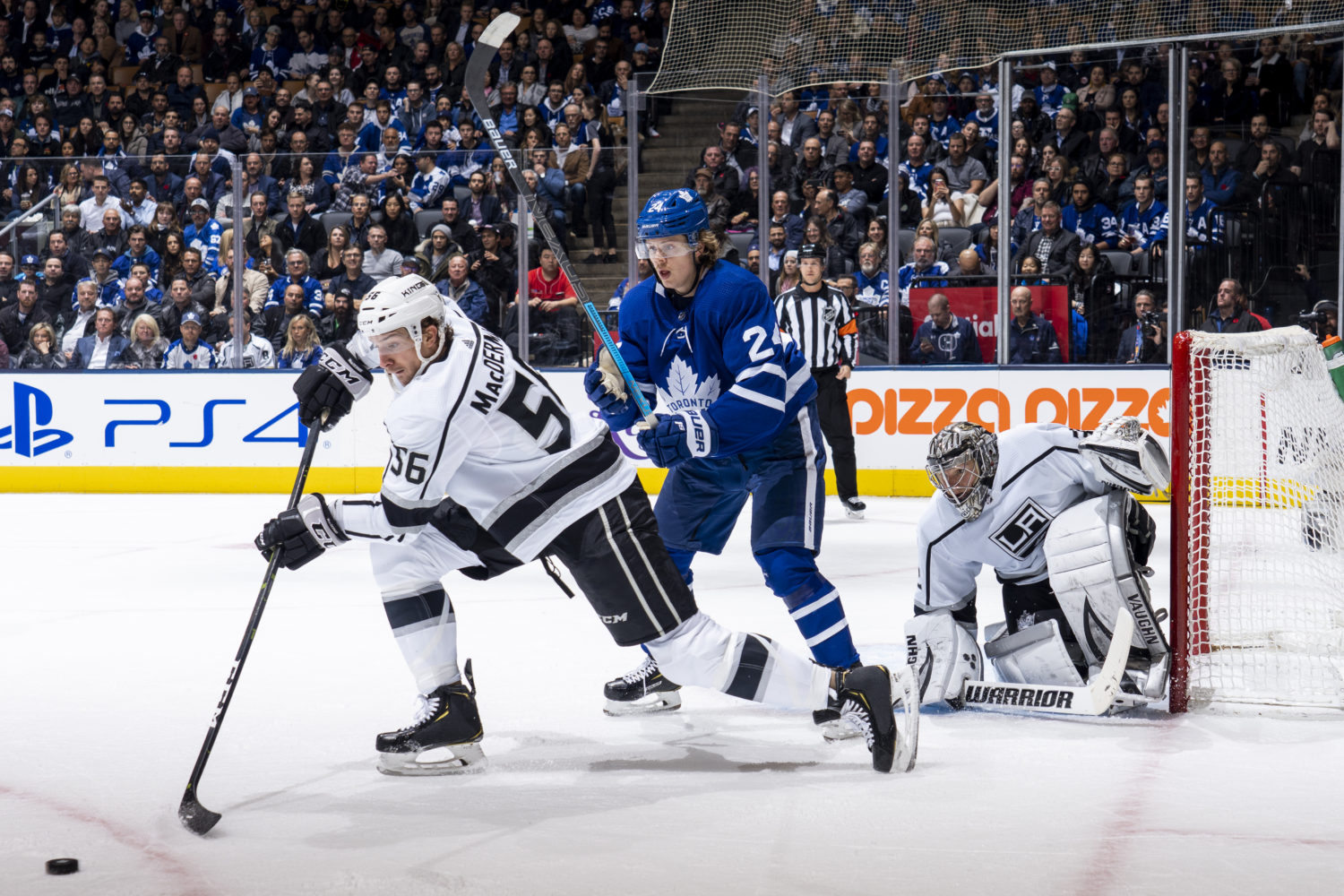 The Kings aren’t nearing that event horizon from which return is impossible but will still be challenged to remain in unity, in focus and drawing from those intangibles that help players both maximize their abilities and insulate them from the broader reality that 60-something games remain in a tough slog. Playing catch-up is draining, and while I’m not aware of anyone stirred by fever dreams of a Cinderella season, this is the first time since 1987-88 they’ve claimed only 10 points from the first 15 games. At some point they’re going to have to start stringing together some wins so that the players that have bought in and whose work ethic and focus have been praised don’t lose the faith or suffer drops in composure or approach, as happened last year. That shouldn’t happen – all early indications are that this is a team that will be held more accountable by Todd McLellan and his staff. It is obviously better, when the time comes, to incubate younger players in an environment free from the burdens of a team with little to play for. It’s a hard, long road to 82 if you’re in the Land of Opportunity, and the Kings need to start earning some points. 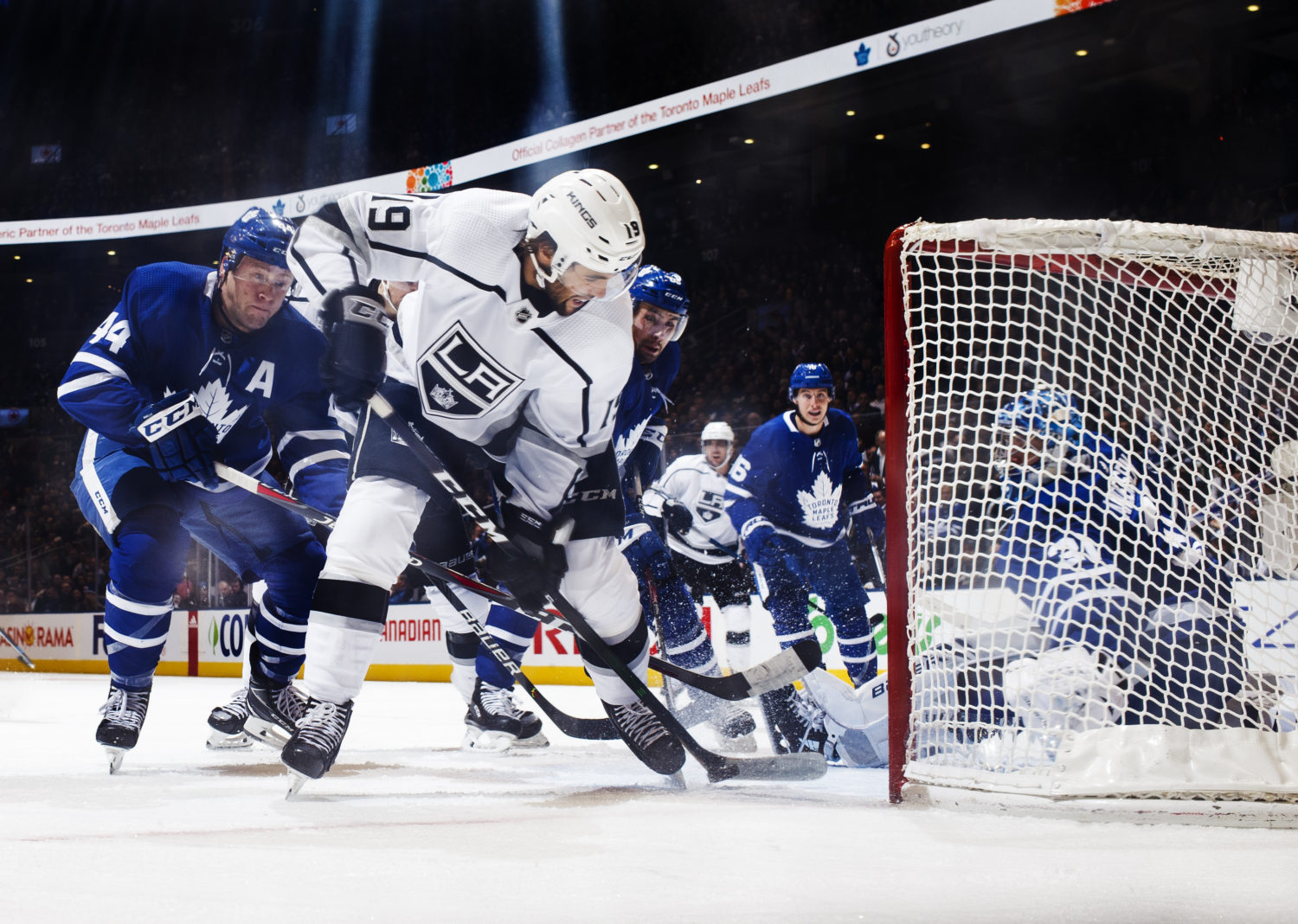