Zooming in on Turcotte and Hults as scouting, development network spreads 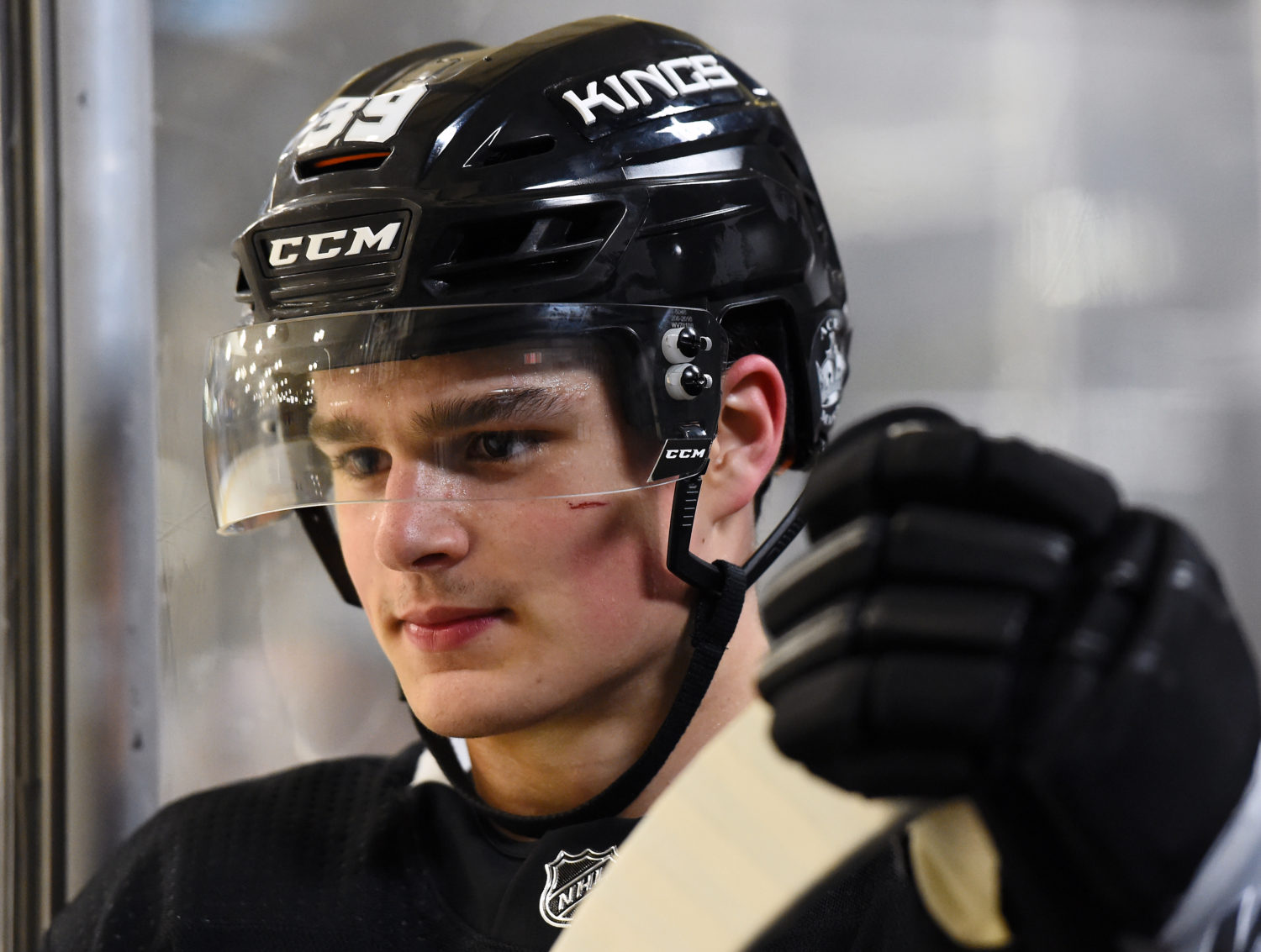 A pair of to-be roster hopefuls met for a pre-weekend set in Happy Valley, with Cole Hults’ Nittany Lions defeating Alex Turcotte’s Badgers on consecutive nights to open up Big Ten conference play. More on those teams and those prospects in a moment.

But first, the wider environment. The Kings aren’t a cap team this year. But that doesn’t suggest a lack of perpetual mindfulness about their future commitments, given that more than $62-million is invested on 13 players currently under contract for next season.

Given their top-heavy obligations, it’s important they surround high-profile pillars with low-cost, potentially high-yield pieces and have more than dipped their toes into the NCAA well in recent years to do so. Some players were signed as unheralded free agents and quickly adapted, such as Alex Iafallo; others are yet to make their marks with the parent club. Some, like Mikey Anderson, are mid-round draft picks, and Hults, who plays a somewhat similar game, was selected in the fifth round in 2017 after passing through the previous draft. Others’ profiles have always been high, such as Turcotte, who was selected fifth overall this past June and is centering Buffalo prospect Linus Weissbach and diminutive Montreal first round sniper Cole Caufield on a young and talented group coached by Tony Granato.

Though Wisconsin may ultimately place more players in the NHL, they’re maybe a touch behind Penn State on the aging curve. Granato brought in a high-character group a year ago as a means to establish a leadership base one year ahead of an incoming freshman group that contained what he expected to be several one-and-dones. And though the Badgers entered the game ranked seventh in the country, having swept an earlier home series with two-time defending champion Minnesota-Duluth, a more experienced Nittany Lions team defended home ice well in the 6-1 and 4-2 wins. Related: Penn State, ranked 12th heading into the weekend, dressed 13 juniors and seniors for Friday’s game. Wisconsin dressed only seven.

The LA Kings were represented on both nights. Assistant General Manager Michael Futa traveled to State College for Thursday’s game, and Senior Advisor to the General Manager/Development, Mike O’Connell jumped in for Friday’s encore. The entirety of their scouting, recruiting and developmental teams are constellated throughout North America and Europe beginning in August, but this also followed a weekend Rob Blake and Bill Ranford drove from St. Paul to St. Cloud to get a look at goaltending prospect David Hrenak, a 2018 fifth rounder. (Both, along with Northeastern alum Alex Faust, made the drive west on I-94 last Friday for the Huskies-Huskies match-up.) 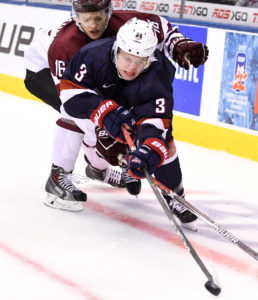 Because the Kings and Huskies have been so tightly bound this decade, it might also be a good idea to keep an eye on defenseman Jack Ahcan, a 2017 development camp invitee who attended similar camps in 2018 with Columbus and 2019 with Colorado (and apparently scored a three-on-three mini-rink goal that I should have interviewed him about). The undersized, puck-moving, offensive-minded, left-shot defenseman is a very good skater who has put up 16 goals and 81 points through 116 NCAA games and is St. Cloud’s senior captain. Ahcan, whose brother Roman plays with Turcotte in Madison, is also a Minnesotan who won gold at world juniors with Mikey Anderson and will draw interest from Los Angeles and a good number of other teams this season.

And with that said, here are O’Connell’s impressions of Turcotte, Hults and the Penn State-Wisconsin series. He’s involved in development and team assets and prospects rather than amateur scouting, but he’s also a former NHL general manager who has an eye for talent and shared some of his initial impressions on Badger forward Dylan Holloway, a 2020 top draft prospect.

Mike O’Connell, on Penn State’s success against Wisconsin:
Penn State checked very well, they didn’t give them any chances at all, actually. They really didn’t. Both teams played really hard, but I thought that Penn State limited their chances. I thought Penn State had more chances to score than Wisconsin did.

O’Connell, on whether Penn State still plays a similar high-tempo, high-shot volume game:
Yeah, they shoot, but I saw them play last year, as well. I kind of liked the way they play. They play a modern game. They move the puck well and get it up quick and they probably had twice as many great scoring chances than Wisconsin.

O’Connell, on Cole Hults’ responsibilities:
He played a lot tonight. Played second power play, didn’t kill any penalties, but he gets the puck, he moves it to the right person at the right time at the right speed. He’s come a long way with that. And his defensive game was great – he’s very strong on his feet. He had a good game. Really settled the team down.

O’Connell, on Penn State coaches comparing Hults to Alec Martinez:
I think he’s different than Alec. Alec at this stage, he was just a little bit more of a dynamic player, speed-wise. Hults is more of, I would say, he’s not as quick, but his positioning is excellent, and he sees the ice beautifully. He makes the right play. Not as dynamic as Alec was at this stage, but as effective.

O’Connell, on what Tony Granato and Wisconsin took from the weekend:
Well, it’s disappointing that they lose like this. But as you said, they’re a young team. They’ve all got to find their game a little bit and come together. That one line is very young, and there’s still sorting it out. I think they’ve only played seven games, so they have a way to go. They move the puck. There are some guys that can really skate, and it’s going to take some time to get to where they want to be. But you can see which direction they’re going in. But Turcotte played well. Very good on the faceoffs. Controlled every faceoff, which was great. He goes up-and-down the ice really well, as do his line mates. But they were held in check pretty well today.

O’Connell, on whether earlier impressions of Turcotte were reinforced:
Yeah, definitely. He checks hard, does all those things. Incredible hands. His hands are so quick. That’s his strength – his hand speed, which is huge in today’s game. You add that now when he gets a little stronger and he’ll be able to hold the puck and work on his range. I think you add those together and once that develops, you’re going to have a dynamic player.

O’Connell, on Dylan Holloway:
I was going there to watch our guys, but he did catch my eye. His skating ability – he’s a very good skater. So, I’m not sure where they have him or who has him. He’s draft-eligible, I guess, but he can move. He’s a good player, a good skater, and that’s what I saw tonight. He gets up-and-down the ice beautifully.

Leaping out of bed the morning after a B1G win like… Game ✌️ tonight at 6 PM!! #PackThePeg #SweepBucky