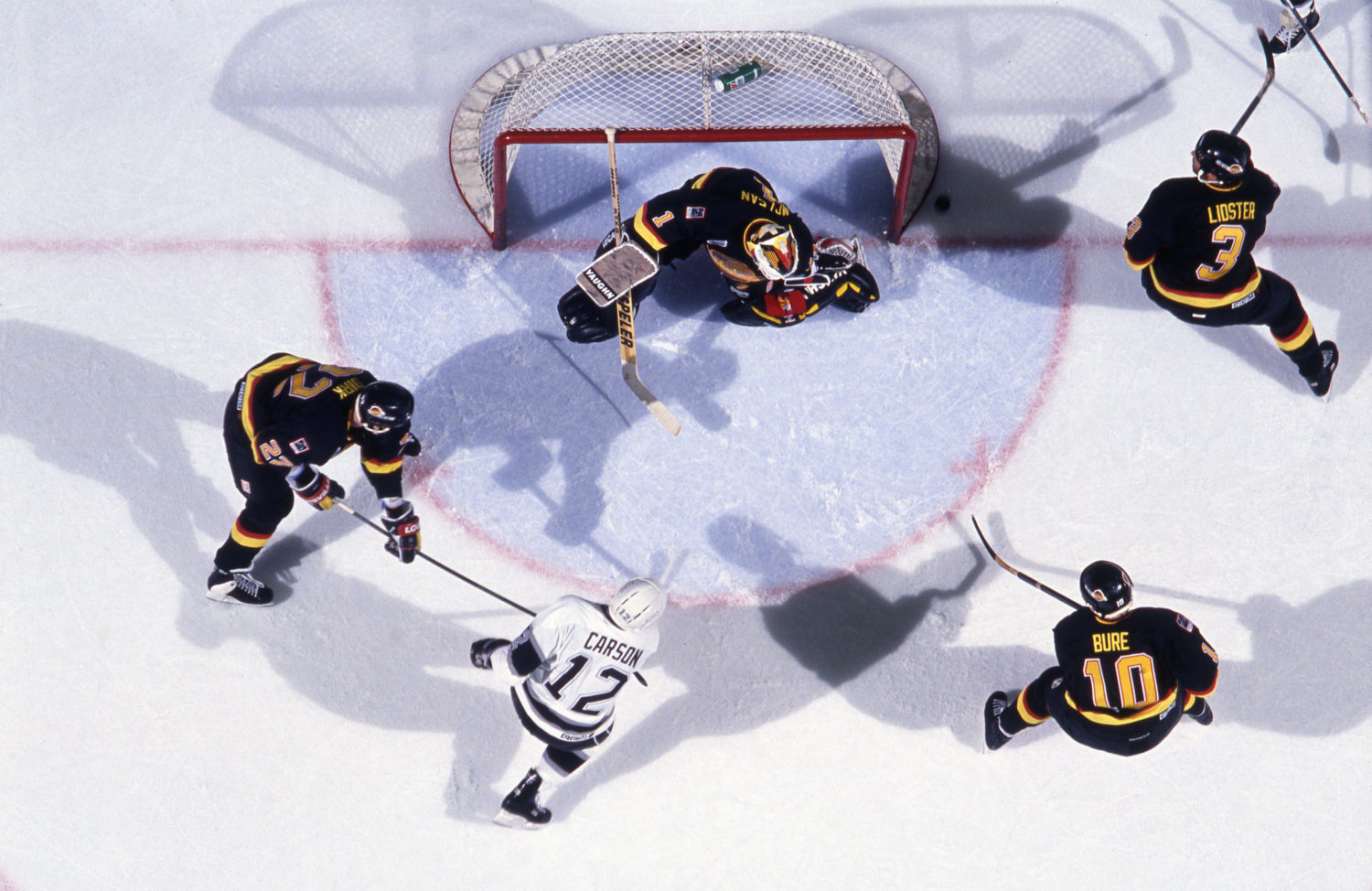 INSIDERS. We knew something was fishy when the 10:30 a.m. morning skate approached and there were no water bottles on the team’s bench. Rather than take the ice this morning, Todd McLellan advocated off-ice preparation in advance of a hard-checking divisional battle against Vancouver (7:30 p.m. / FOX Sports West / FOX Sports GO / LA Kings Audio Network).

Todd McLellan, on morning skates:
We’ve talked to the group during the year that we vary it throughout the season. We’ve played 12 games in 20-something nights. Had a heavy practice yesterday, didn’t feel the need for wasted energy right now. [Reporter: Do you think they’ve been as official as they once were?] I think that with morning skates, we’re trying to please a lot of people from different eras. I’m not sure the young player that’s coming out of junior or college needs ‘em or even wants ‘em or understands why they exist yet there are some older players that it triggers their day, it gets them in a routine, it starts the rhythm of a game. I just remember Jumbo all the years in San Jose, we tried to get him to conserve energy, but he needed that and wanted that skate, and that’s what started his day, and it’s hard to argue with the results that he’s put up. We’re trying to appeal to different eras and different beliefs, and eventually it will go away. You see basketball teams – fewer shoot-arounds in the morning, and soccer teams that aren’t using it as much. So, it’ll eventually go away, but we’re still caught in between different generations. [Reporter: Still find the need to bring them to the arena in the morning, though, to make sure that they’re up and moving in a routine?] Some teams are, some teams aren’t. I think it’s a really long day when you’re at home. If it was me – and I’m from a different era – I’d want to be at the rink and stretch a little, get into your underwear, have a meeting, get my mind initiated, at least, into the day. But there are teams that aren’t doing that, either. There’s no science to it. You just go with your gut.

— The vitals: Because there was no skate, you’ll have to Wait For The Song to learn about tonight’s lineups. Expect significant changes. McLellan, who noted “there’ll be some shuffling,” confirmed that Austin Wagner would remain in the lineup. Keep in mind that Tyler Toffoli – who has appeared in 205 consecutive games – and Trevor Lewis were both part of four-player contingents and did not take the first rotation during rush-type drills, so there’s a good chance both will be out of tonight’s lineup. Should yesterday’s practice be an indication, we’re potentially looking at these 18 skaters:

There’s no word on a starting goaltender. Quick is 18-17-4 with a 1.96 goals-against average and a .928 save percentage with five shutouts in 39 career games against Vancouver but played all 60 minutes of an 8-2 loss to the Canucks earlier this month. Jack Campbell, who allowed five goals on 26 shots in Sunday’s loss to Chicago, has never faced them in his career. Expect the mother of all #LAKingsGoalieTweetOffs at 6:59 p.m.

— Their vitals: Expect Jacob Markstrom in goal and for Top Line Tanner Pearson to play in his 400th NHL game. Via Vancouver radio play by play broadcaster Brendan Batchelor, expect forward groups of Pearson-Horvat-Virtanen, Miller-Pettersson-Boeser, Ferland-Sutter-Leivo and Schaller-Beagle-Eriksson with defensive pairings of Edler-Myers, Hughes-Tanev and Benn-Stecher. Markstrom is 4-3-3 in 10 career games against Los Angeles with a 2.75 GAA and a .915 Sv%. The Canucks are 7-1-1 in their last nine, having scored at least three goals in eight of those games and 17 goals total over their last three.

"If you told 10-year old me that I'd be playing 400 games, it's pretty cool." Tanner Pearson will hit a milestone tonight when he takes the ice against his former team. pic.twitter.com/rEtFGkdXmN

— Back to Austin Wagner, whose poles of play were well illustrated on the most recent road trip. He continues to use his speed to generate chances-for, a development that elevated him to join top players as an extra skater when Jonathan Quick was pulled late in the St. Louis game. But there were also giveaways in recent games – Buffalo, Minnesota and Chicago among them – that wingers who average 10 and a half minutes have to work out of their system.

“I had that conversation with him yesterday, and I used a golf analogy,” McLellan said. “Four birdies a round is outstanding, and we need that. It’s the six double-bogeys that you’re never in your scratch. We need offense, but we’ve also got to plug holes defensively. I just think he’s learning how to do some of those things. He’d catching himself in situations where he doesn’t want to turn the puck over, but it’s happening for him, and it’s a matter of time before he can eliminate a few more of those things. But he dopes so many good things offensively that it’s hard to eliminate him from those opportunities.”

On the spreadsheets, he’s accounting for 10.66 individual scoring chances per 60 minutes of five-on-five time, the second best rate on the Kings and the 21st best rate among qualified NHL skaters. He’s also been on the ice for the 85th most frequent chances-against out of the 573 qualified skaters across the league, indicating there’s work to be done yet.

— Los Angeles has yielded 10 goals over the first seven minutes of first period and only three goals over the remaining 13 minutes. That’s… not a very good stat. “We want as close to perfection as possible, but the composure and the ability to overcome some adversity is what we’re looking for,” he said of what he’d like to see the team establish against the Canucks.

“It hasn’t gone well for us the last four periods. We come back and we envelope the road trip into one big package. We kind of reviewed it. The St. Louis thing was fine and the penalty kill got away from us, but the last four periods were a little more disappointing than anything else on the trip. So, we want some composure. The team we play tonight is an outstanding team in my mind. They’re a playoff team, they’re playing hard and they test you in every area of the game. I want to see us be able to prevent goals, I want to you see us score, I want the special teams – we’re coaches.”

— Viewers north of the border will be happy to know that I’ll join Dan Murphy during the second intermission of Sportsnet’s broadcast. We’ll talk shot metrics and Drew Doughty amongst a few other topics. Click here for my chat with Mike Halford and Jason Brough from TSN 1040 this morning. Tonight’s officials are referees Chris Lee and Steve Kozari and linesmen Brandon Gawryletz and Scott Cherrey. Davis Gaines will (tenderly) perform the national anthems. 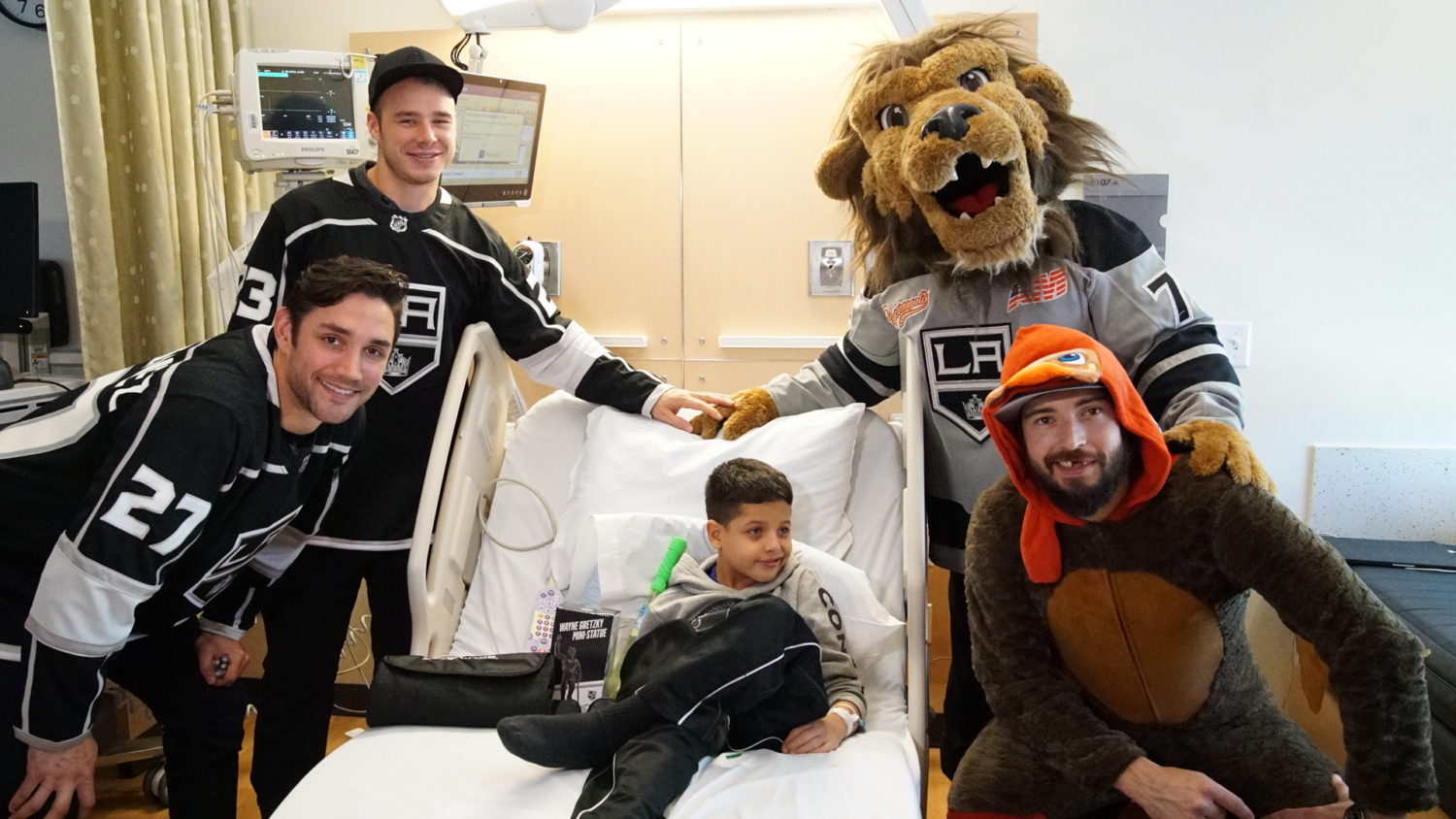 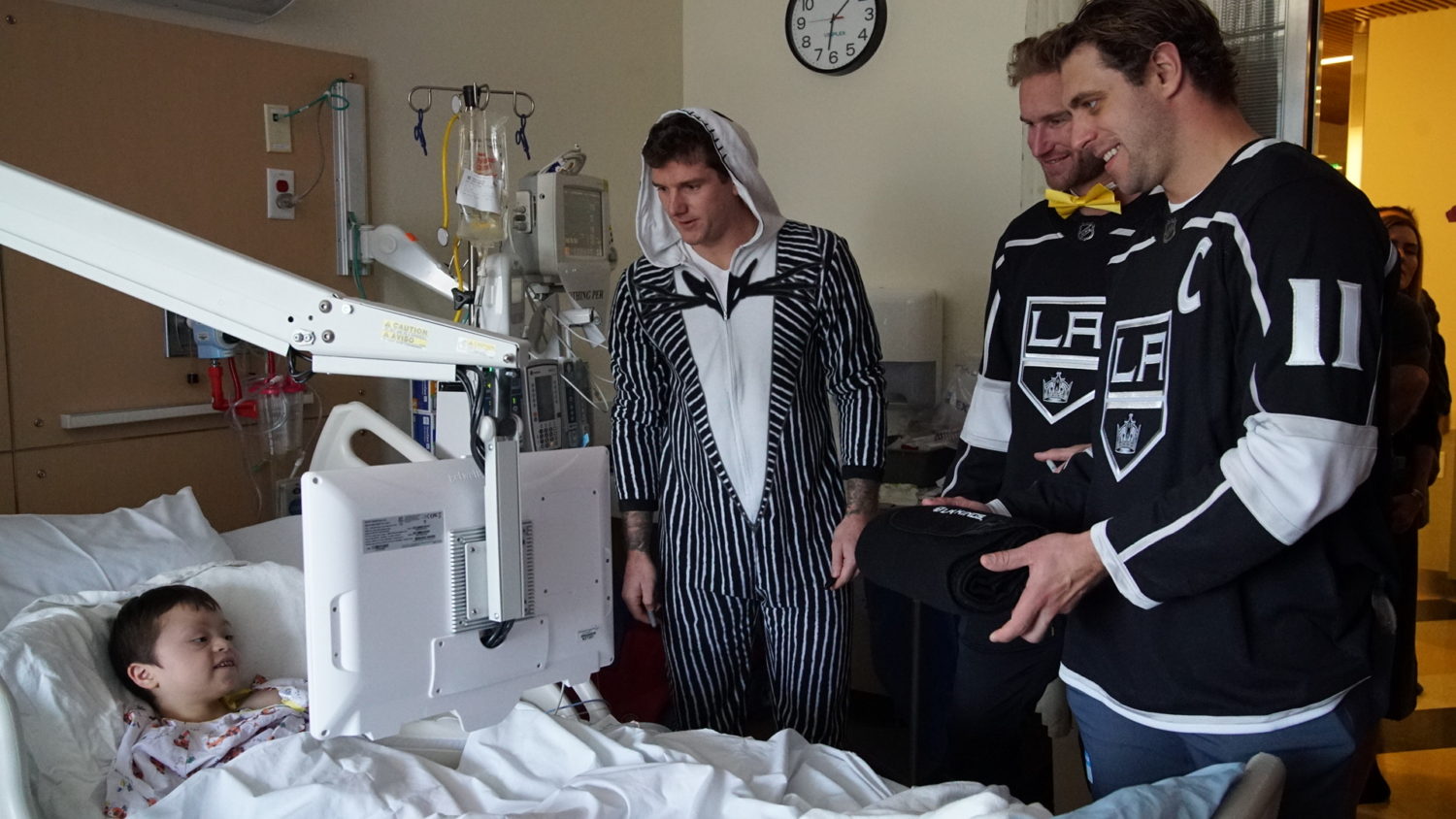 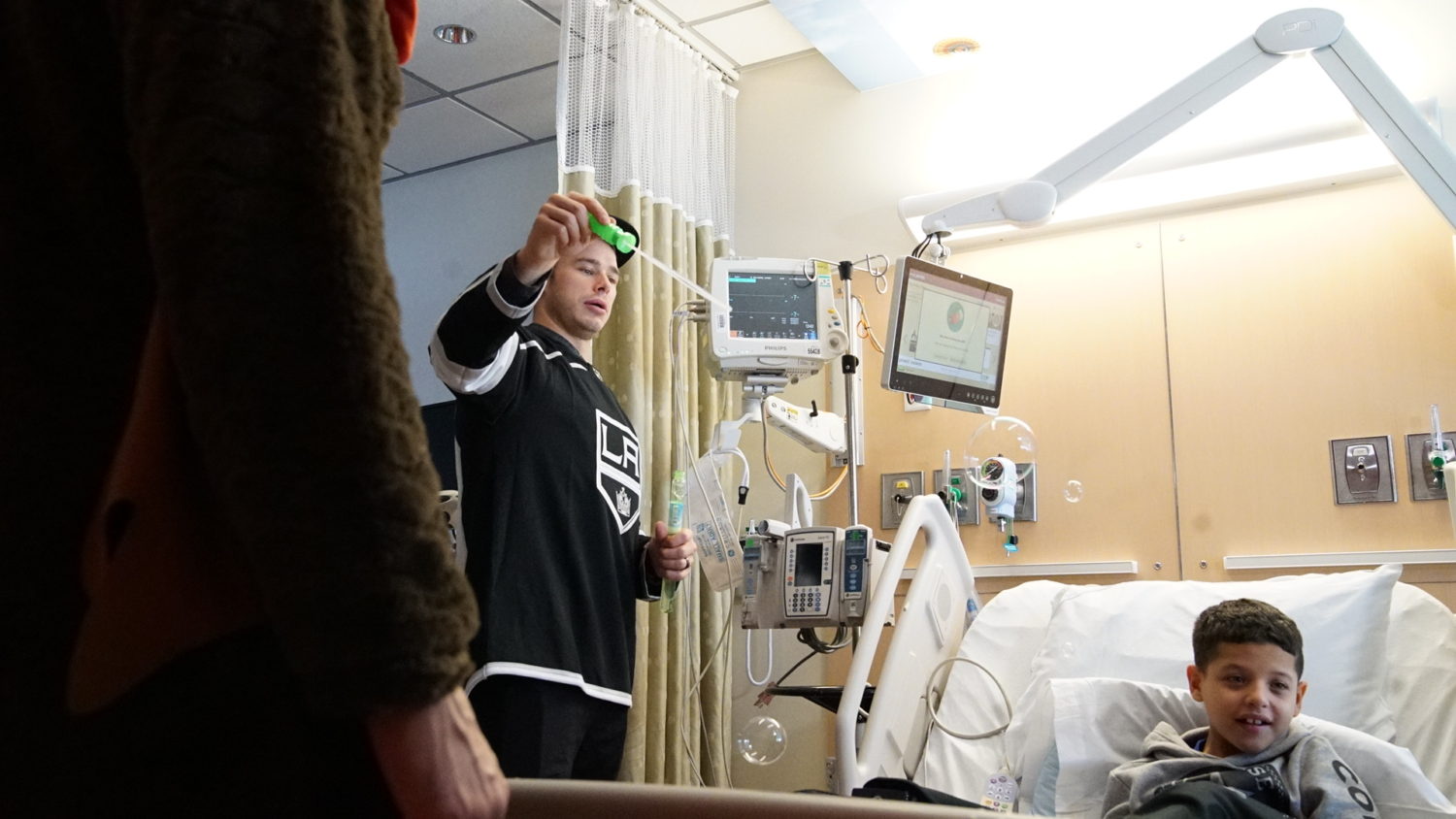 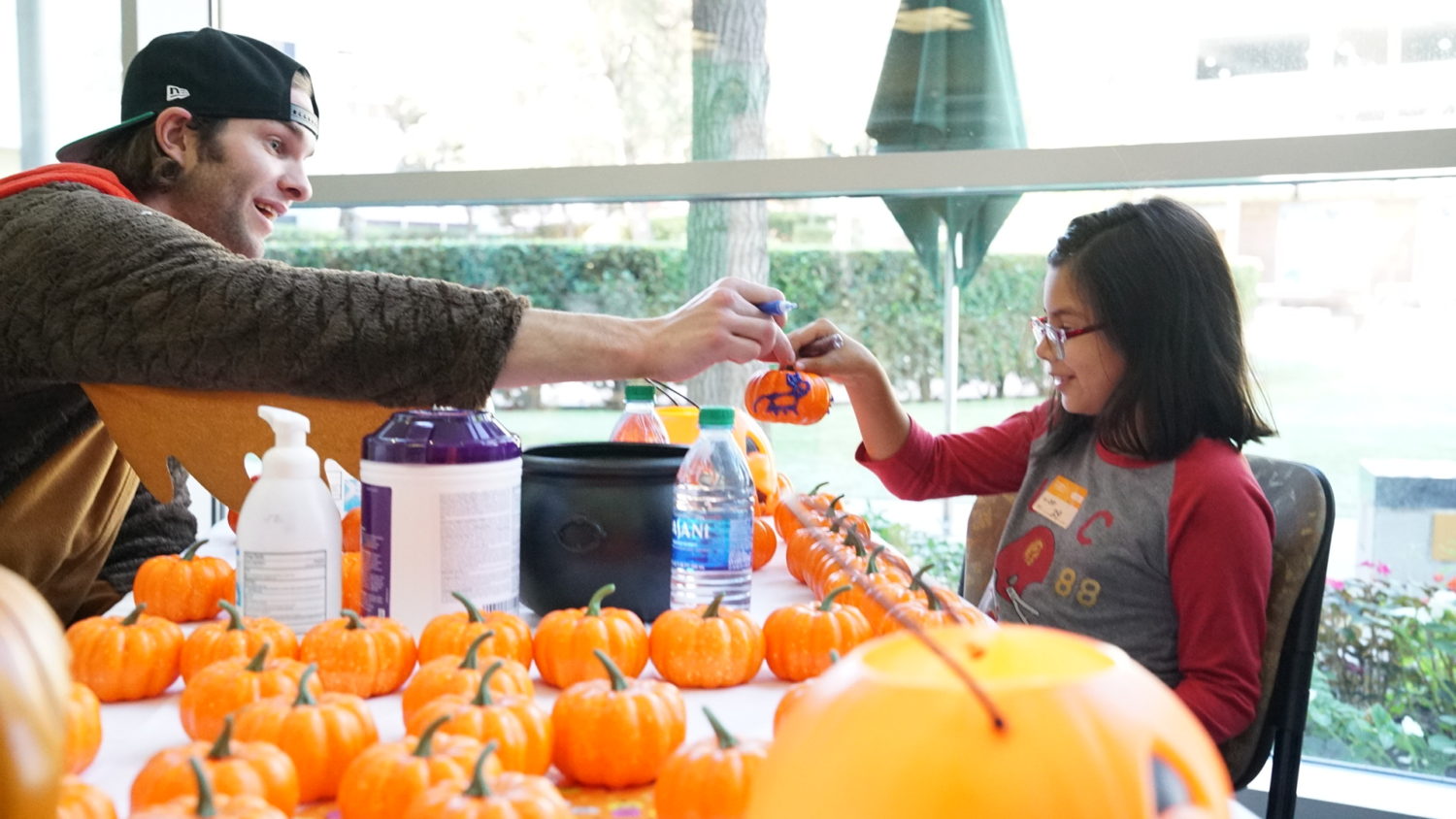 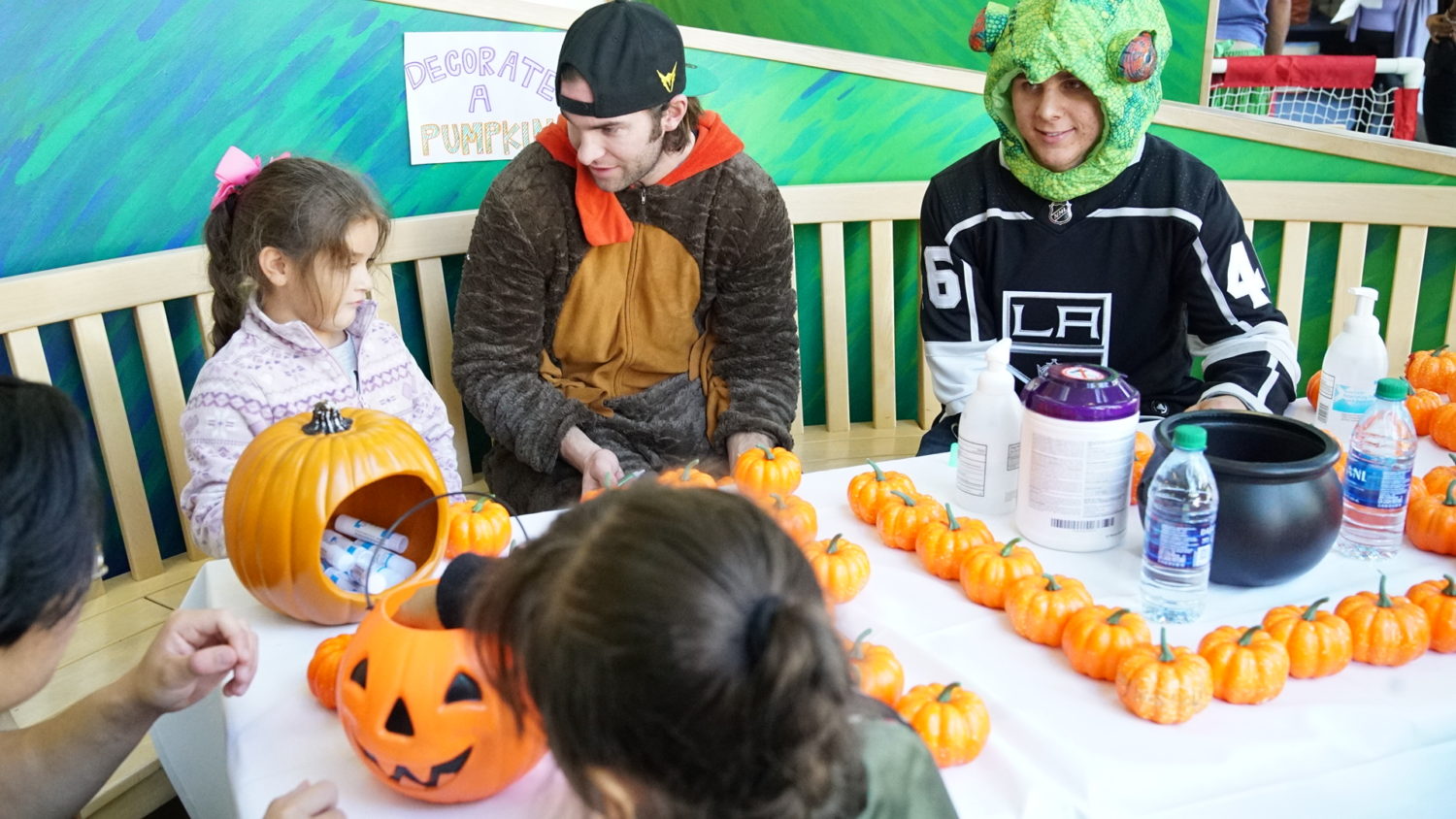