Grundstrom recalled; winger skated to the left of Kopitar, Carter 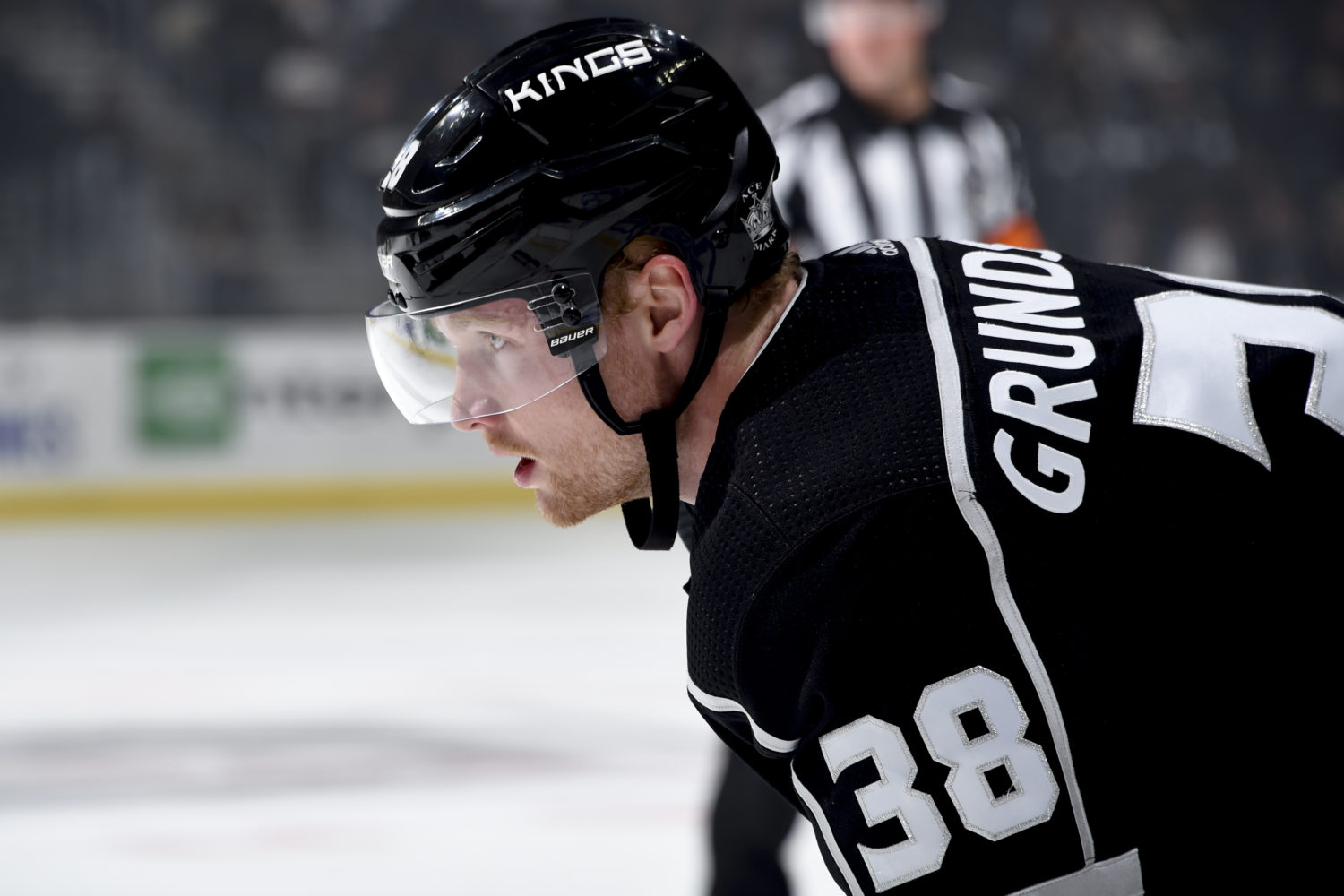 Carl Grundstrom put in a solid body of work with the Ontario Reign and was recalled by the LA Kings, who began practice shortly before 10:00 a.m. on Tuesday at Toyota Sports Performance Center. Grundstrom, who was assigned to the Reign before the Kings’ road trip to build up confidence and get repetitions and games in, skated to the left of Anze Kopitar and Jeff Carter during a pair of early drills.

Other groups that skated together on Tuesday included Iafallo-Kempe-Brown, Clifford-Lizotte-Wagner and Prokhorkin-Amadio-Kovalchuk. Trevor Lewis and Tyler Toffoli went through the second rotations on the Blake Lizotte and Michael Amadio lines.

No corresponding roster move was made with the Grundstrom recall. The Kings face the Vancouver Canucks Wednesday night at Staples Center.

Via Ontario Reign Insider, following the team’s 6-2 win over San Diego on Friday:

Mike Stothers, on Carl Grundstrom’s play and what he’s added to the Reign offensively:
Carl has a lethal shot. It’s heavy, and he has a quick release. He shoots in stride, he tips pucks and he goes to the net, that’s what a goal scorer does. He is very strong on the puck and is a thick, sturdy body for the opposition to try and contend with. He is an added threat and makes the most of his chances.

Carl Grundstrom, on his first three games with the Reign:
Just getting to play with these guys, we play really good together, I think. We work hard for each other and it’s a lot of skilled players. I just have to be in the right position all the time and the puck will come there.

Grundstrom, on any specific instructions when he was sent to Ontario:
They wanted me to play games and that was kind of it. I’m just enjoying playing games.

Grundstrom, on any different atmosphere joining the Reign this season as opposed to last season:
I think we had a good group of guys last season too, but we couldn’t win the games. We played good sometimes, but of course it’s way more fun to win. That makes everything easier, when you win games.

In release form, via the LA Kings:

The 21-year-old Grundstrom (born Dec. 1, 1997) is a 6-0, 201-pound native of Umea, Sweden who registered seven points (5-2=7), four penalty minutes and a plus-8 rating in five games since his assignment to Ontario on Oct. 18. At the time of his recall, he ranks tied for the team lead in goals (tied for seventh in the league) and in plus/minus (tied for fifth in the league). His 1.75 pts/gm rank third league-wide. Earlier this season, Grundstrom appeared in one game with the Kings, recording an assist (0-1=1).

The Kings start a short two-game homestand tomorrow night against Vancouver. The game starts at 7:30 p.m. and will be broadcast on FOX Sports West, the FOX Sports App and the LA Kings Audio Network on iHeartRadio.