And for every ebb, a flow, for every wax, a wane. The LA Kings ended their second road trip of the season at the converse of where they started it, with Sunday’s second 5-1 loss in as many days to a team adjacent in the standings serving as a cold splash of water in the face and a reminder that despite the shotsball blitzes, there are still holes within their lineup and repairs needed to their psyche. On the micro scale, this wasn’t a “will” issue, as Todd McLellan said, and these games weren’t parallels of the Vancouver game or games last year that got away from the team. This was a sloppy game, one in which Chicago was faster to pucks and harder on them and less turnover-prone. Some of Los Angeles’ mistakes were from one player missing on an aggressive defensive play without effective support, like Ilya Kovalchuk on the Hawks’ first goal or Matt Roy on their second. And on a micro level, the team did adhere to their structural duties in the third period, an appropriate response to McLellan’s call from the night before. But on the macro level, an edict was again sounded, an evolution from that which followed the Vancouver game. “I think this trip was good because it let us know that there are some players that probably can’t play in the league right now, so maybe we’ll have to make some changes,” he said Sunday. “There are some veterans that really have to pick up their play. We’ll have to have a chat with them. And just the good sign about tonight’s game was the will stayed with it in the third period. Woe is us and the big, fat lips that were on the bench that were in the second, they disappeared, so that’s a good sign.” 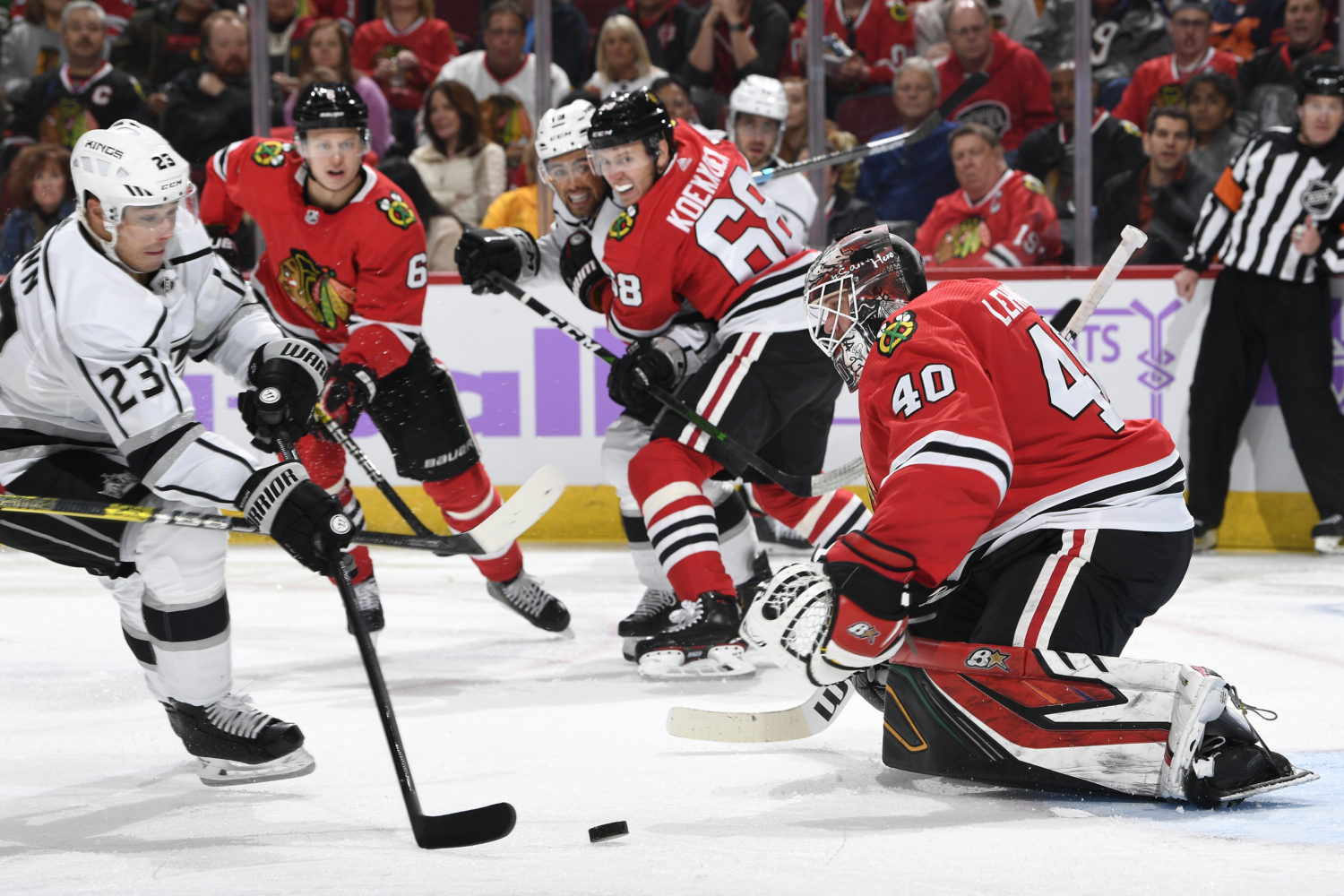 Nikolai Prokhorkin wasn’t on the ice for any goals in a 5-1 loss – and did an admirable job to prevent one. He went low to block a threatening pass to the slot on a mini two-on-one in the first period, and when converged upon by those whose attempt he thwarted, slickly evaded pressure by moving his feet and banking a cleared puck out of the zone in an escape trick Robert Angier and Alfred Borden would sacrifice their lives and alienate themselves from others to learn more about. He snapped a puck at Robin Lehner from beyond the high slot that generated a rebound Austin Wagner pounced on, though the 6-foot-4, 240-pound Swede slid over effortlessly to close the shades. There’s been a ton of unknown with Prokhorkin for so long, and it was ironic that after going years without having seen either him or Dominik Kubalik live and in technicolor, there they were, the two of them, sharing the same ice in front of us. The first NHL data he provided was encouraging. I think there are a lot of people very interested to see more. 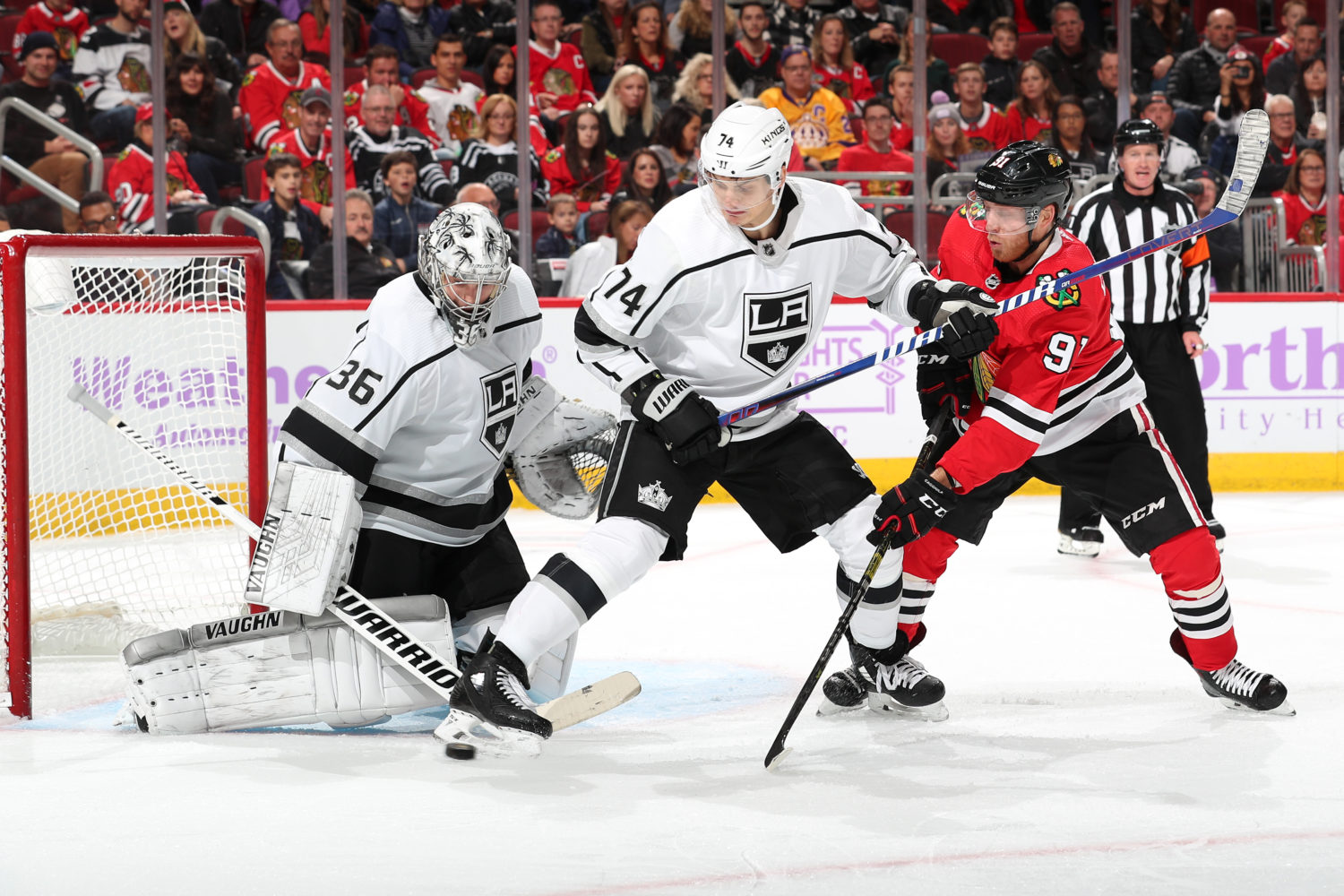 Roster moves will be made. As always, there is a larger picture in play. Jaret Anderson-Dolan has been very good in Ontario and has a hyperactive, low-center-of-gravity, Alex Iafallo-quality in that he hunts pucks and forces turnovers and is capable of making the players around him better. He may be ready, but as of Monday afternoon, I’m not entirely sure he’s A#1 on the list of forwards who’d be recalled. There’s also Carl Grundstrom, who got the “he’ll be back” treatment from McLellan, who wanted him to get repetitions and build confidence in Ontario while the team was away. He did so, scoring five goals in four games. There’s also Martin Frk, who has NHL experience, a blistering shot, and showed well during camp. There’s also Matt Luff, Mario Kempe and others able to step in if need be. (Lisa Dillman does a good job providing depth on a bunch of these names.) Changes will also be made on the back end. Keep in mind that this won’t be a race to get as many top prospects to the NHL as possible. There needs to be the right environment for them to succeed, the right opening that will allow their skills to flourish. The Kings’ success this decade, particularly in 2014, was built on patience with those on the cusp of an NHL role. There were championship-caliber players blocking them at the time, but the team’s patience with players like Alec Martinez (147 AHL games) and Jake Muzzin (146), for example, were good for their long-term development and allowed them to hit the ground running. It’s one thing to play in the NHL, and it’s another to play in the NHL and help a team win hockey games. I’m interested to see how this team lines up for another kick at Vancouver on Wednesday. 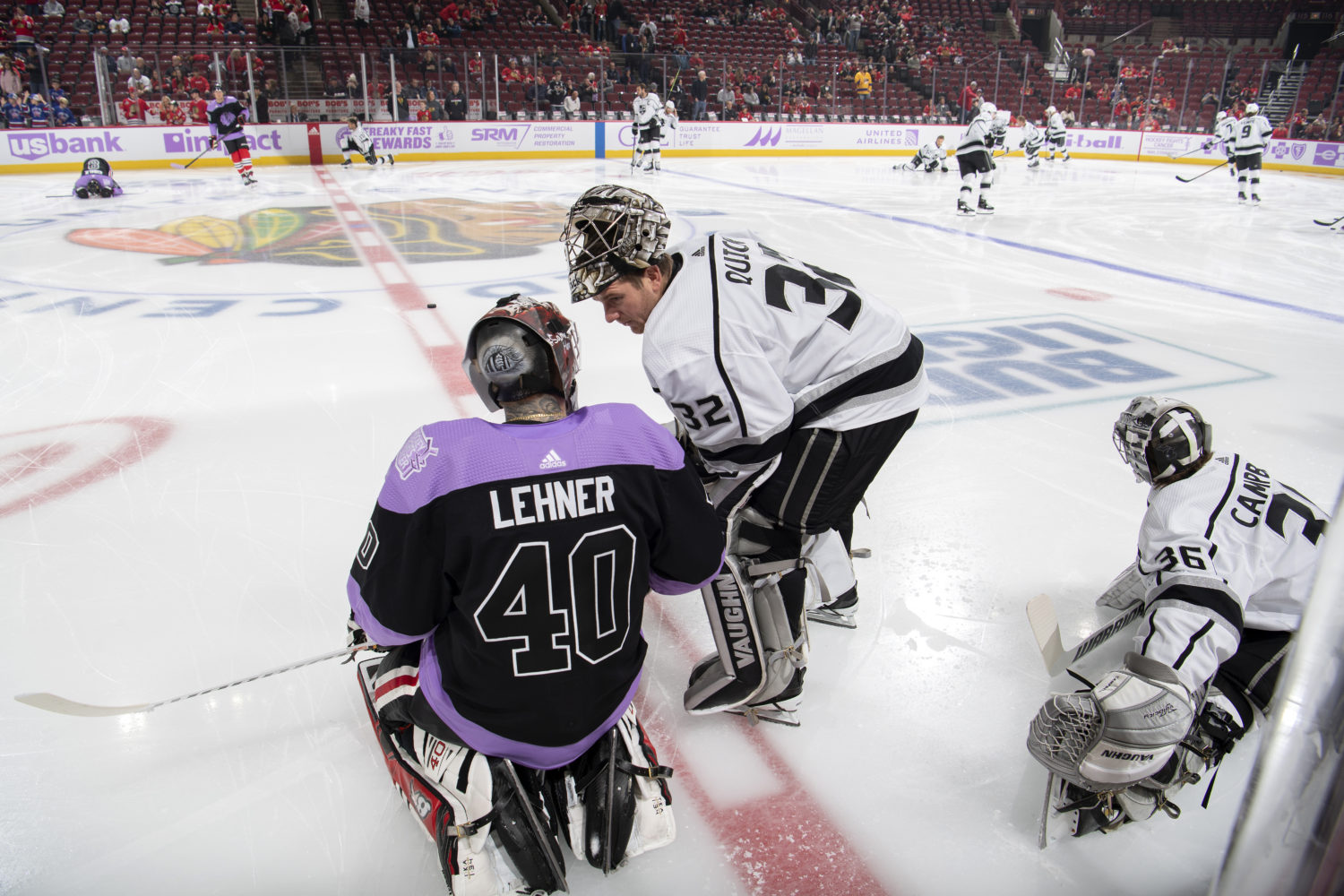