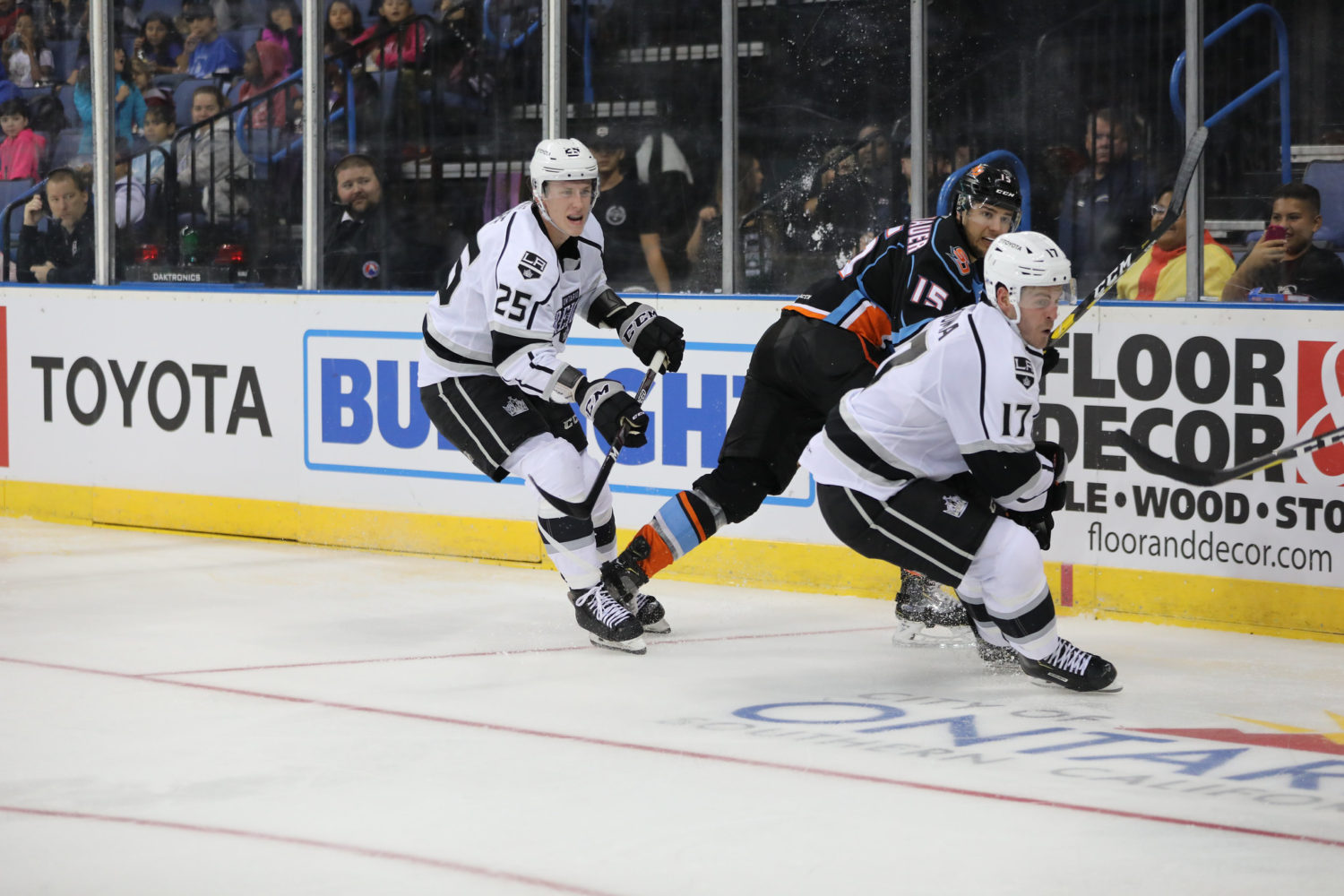 TONIGHT’S MATCHUP: The Reign and Gulls square off again tonight to conclude their back-to-back set this weekend. Ontario skated to a 6-2 victory yesterday evening in San Diego to claim Round 1 of the So-Cal Series this season.

WHAT TO WATCH FOR: Morning skate today did not give away a ton, with only a handful of guys on the ice for the Reign. With the Reign winners of their last three, it wouldn’t be surprising to see consistency in the lineup that has given them success, though on the final game of a 3-in-4, you never know. Forwards Mario Kempe, Johan Sodergran, Boko Imama, Drake Rymsha and Jacob Doty, along with defenseman Chaz Reddekopp and goaltender Cole Kehler were the only skaters this morning in El Segundo.

ACTIVE SPECIAL TEAMS: Ontario and San Diego combined for 13 power plays in last night’s contest, with each team scoring once on the man advantage. Ontario’s penalty kill was especially active, as it killed of 7-of-8, with the only goal conceded coming on one of two 5-on-3 San Diego power plays against. On the season, Ontario is tied for third highest in the AHL in power plays against per game, at 4.86.

DUDE, WHERE’S MY CARL: Ontario forward Carl Grundstrom scored a pair of goals in yesterday’s victory, giving him five tallies from three games on the season. Grundstrom’s goals last night were the first two of the evening for the Reign in the 6-2 victory. Despite just being assigned to Ontario 8 days ago, Grundstrom is tied for fifth in the AHL in goals this season, with teammate Martin Frk also among those with five goals.

FOR PETE’S SAKE: Reign goaltender Cal Petersen turned in another strong performance, as he earned his fifth victory of the season with 33 saves on 35 shots. Petersen has faced at least 34 shots in each game he’s gone the distance this season, and has faced more shots than any AHL goaltender this season (255). Petersen also leads all AHL goaltenders in victories (5), saves (239) and minutes played (406).

THREE LETTERS, THREE POINTS: Ontario forward Martin Frk collected his first three-point game of the season, the seventh time in his AHL career he’s tallied three points. Frk now leads all Reign skaters with nine points (5-4-9) on the season and ranks tied for fourth in the AHL in points and tied for fifth in goals. Frk has collected at least one point in six of Ontario’s seven games so far this season.

FOR THE LUFF OF THE GAME: Reign forward Matt Luff found the back of the net for the second straight game and collected three points (1-2-3) in total on the evening. Like Frk, Luff also tied an AHL career high for points in a game, the fourth time in his Reign career he’s reached the mark. Luff now has six points (2-4-6) in six games played this season, good for third on the Reign, and he leads all Ontario skaters with 19 shots on goal.

SCOUTING THE GULLS: San Diego has started the season slowly and is still in search of its first victory of 2019-20. Forward Kiefer Sherwood leads all Gulls scorers with four points (2-2-4) from five games played this season, while Sam Carrick leads the team with three assists, after a multi-point game yesterday. Carrick also led all scorers in the Ontario – San Diego series a season ago with nine goals and 16 points from 12 games played.