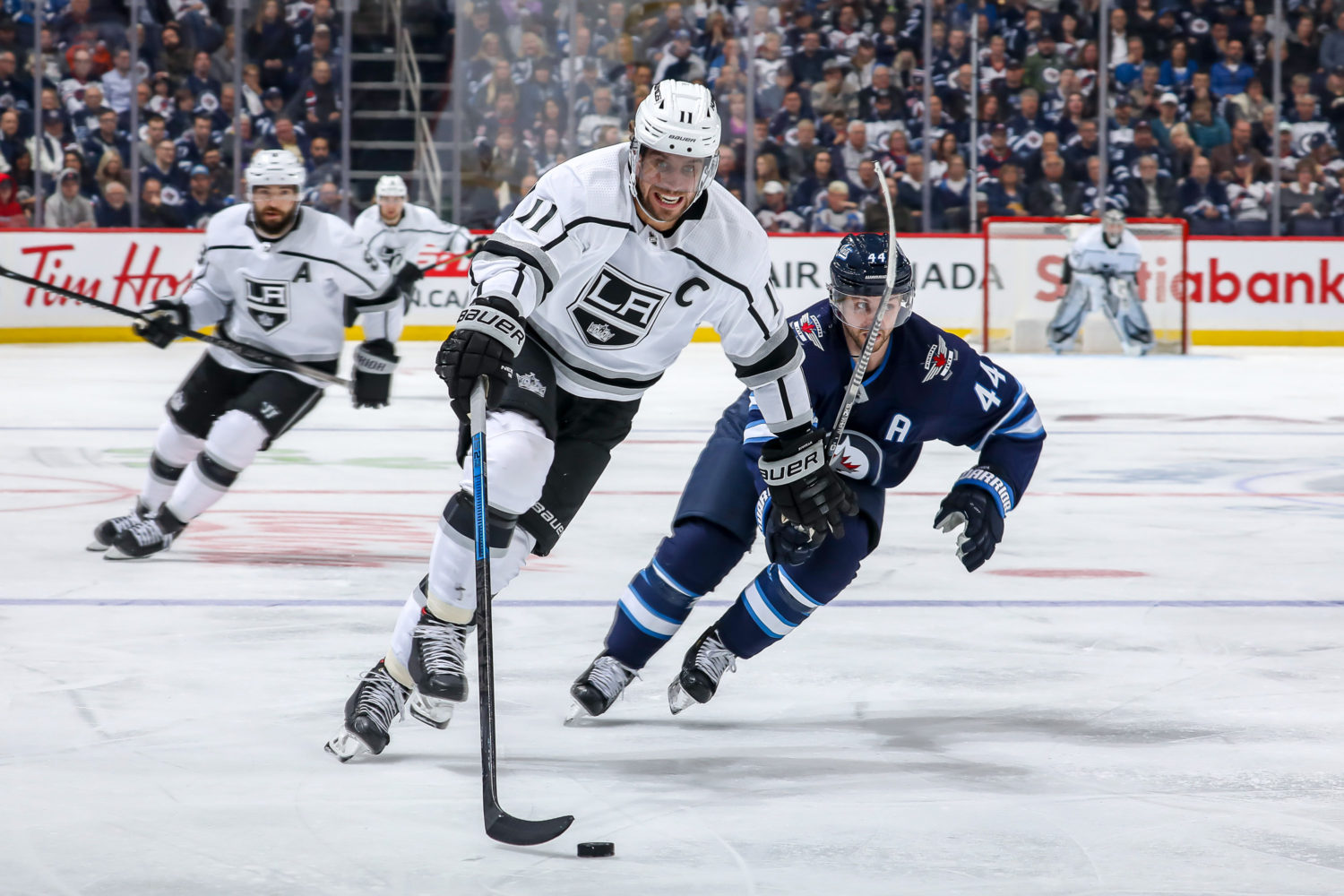 The LA Kings played a similar game to those constructed during their most recent home stand, again finding success by executing their forecheck well and funneling pucks and bodies to the net against a decimated blue line that had trouble getting the puck into the hands of their forwards in early stretches. But “the focus in the room isn’t our defensemen, but our defense, our five-man,” Paul Maurice said Tuesday morning, and while the Jets struggled with pressure collapsing around Connor Hellebuyck from all angles, they were eventually able to sustain a forecheck and pushed Los Angeles back during the end of the second period and through the first 14 minutes of the third. Credit Austin Wagner for rebounding from a pair of early-game turnovers, including one on a short dish from Doughty in which he waited a beat too long to make a play and was dispossessed by Kyle Connor, who skated to the slot and scored off a Bryan Little feed. Interestingly, Tuesday’s game was a rollercoaster for several centrally involved figures, such as Wagner, who scored, was forced off the puck on the Connor goal, and then drew the late Neal Pionk penalty after he ticked important seconds off the clock by nearly freezing it twice and then kicking it to Michael Amadio. Ditto for Kurtis MacDermid, whose roughing minor was his fourth minor penalty in his first 26 minutes of the season but hopped out of the box and supplied an important go-ahead goal that allowed the Kings to take the lead on the scoreboard again in a game they were dominating territorially. 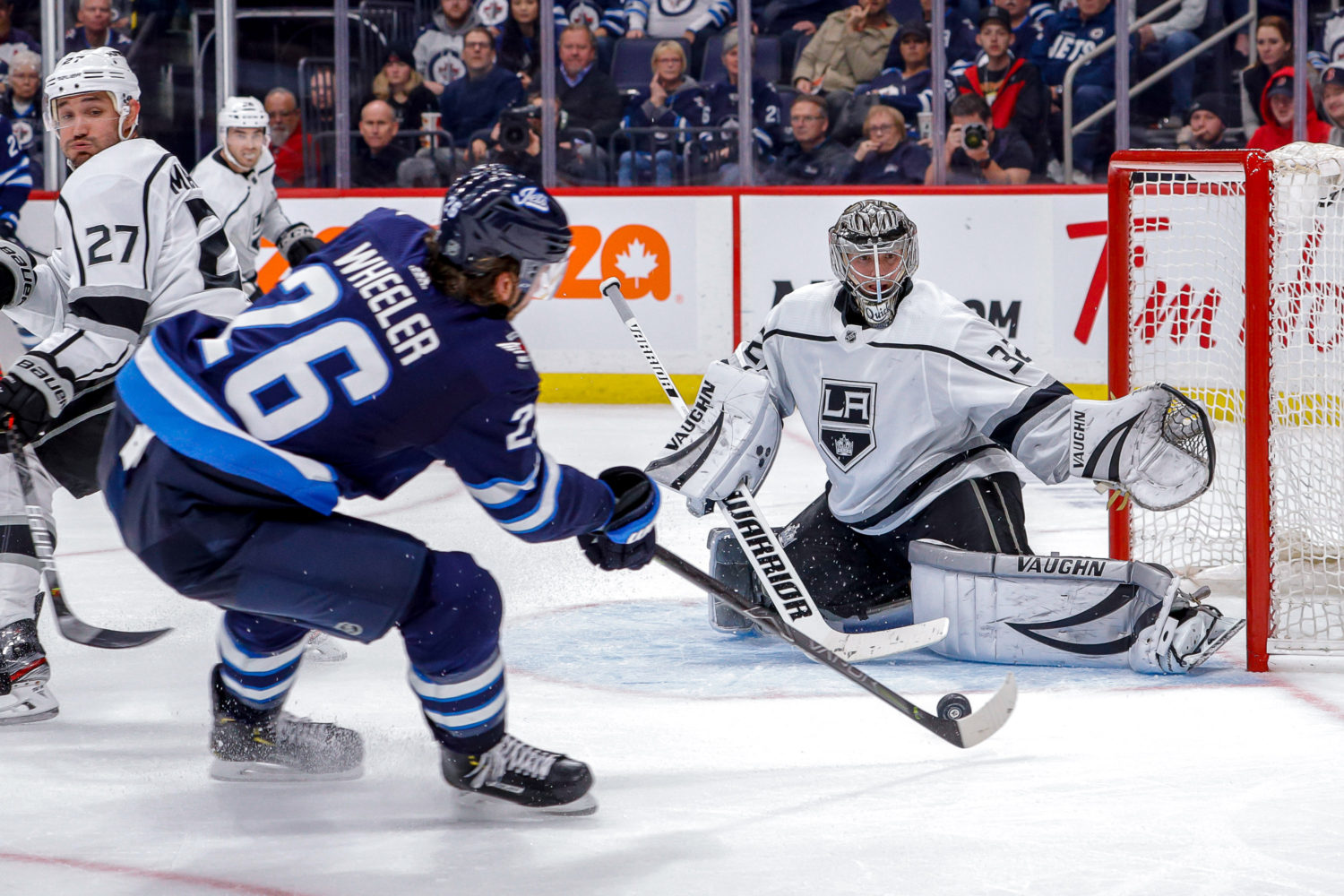 More good hustlin’ from Blake Lizotte. Good energy, good skating, good willingness to go to hard areas against larger players. One thing I was interested to keep an eye on during the game was how Maurice matched lines against Los Angeles with the expectation that Winnipeg’s top guns would probably see time against a 5-foot-7 second line center who has 10 games of NHL experience. But McLellan doesn’t necessarily view Lizotte as a rookie, but rather a player “I want to keep putting him on the ice,” as he shared after the game. The forwards Lizotte saw the most 5×5 ice time against were, in order, Blake Wheeler, Kyle Connor, Bryan Little, Mark Scheifele and Patrick Laine. He also tied up Carl Dahlstrom’s stick on an important play in a tied third period in front of a wide-open net. The Lizotte-Carter penalty killing duo did a good job winning boards battles and keeping attempts wide amidst a 5-for-5 performance. “There’s guys that are difficult to play against when they have the puck, and there are some that are difficult to play against when they don’t have the puck,” Todd McLellan said after the game. “He’s both, and I feel comfortable playing him in any situation against any line because I know he’s got a relentless attitude and he drags people into the game. That line’s been a very good line for us, and he plays a huge part of that.” 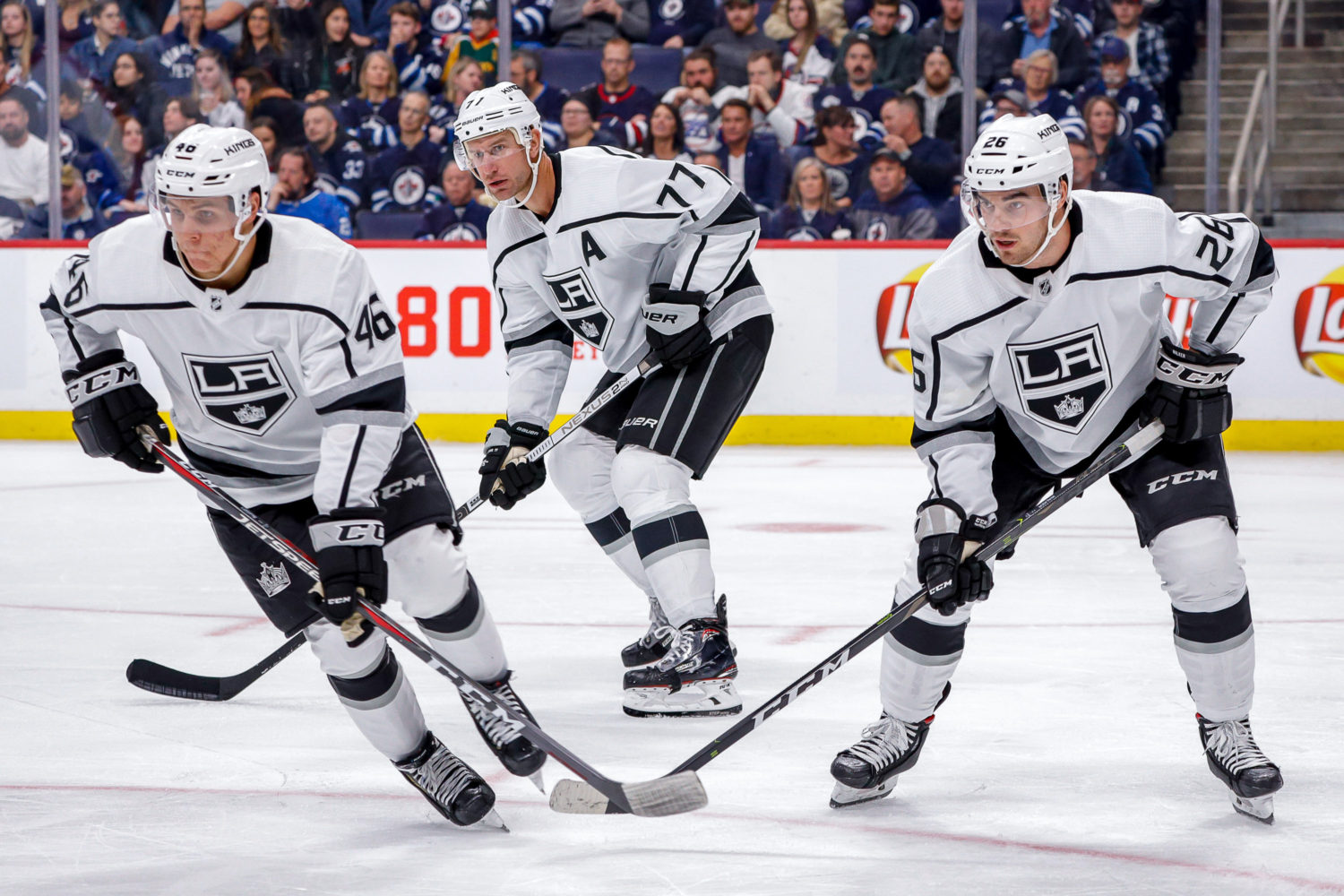 Still a few too many penalties being taken, but the Kings have also done a pretty good job in drawing penalties, ranking 11th in total power play time with the 10th most time spent killing penalties. And the penalties on Tuesday were the avoidable stick fouls and the late MacDermid rough, so those will have to be addressed before this develops into a trend that they’ve largely avoided this decade, given their epochal possession tendencies. They were a good even strength team at Winnipeg, outshooting the Jets 29-18 at five-on-five, where they added on another two goals. That actually reduced the Kings’ 5×5 GF/60 rate of 3.01 (!) that ranks fourth in the league (!!) behind Nashville, Colorado and Tampa Bay (!!!). These rates matter little nine games into the season (which may need to be programmed into my F5 button, given the number of times I’ve said that over the last two weeks) but do offer an indication, along with their three 20-shot periods to date, that they’ve graded quite well in executing McLellan’s forecheck. No team is within 2.8 5×5 SOG/60 of Los Angeles, a sorely needed systematic re-buttressing in the aftermath of last year’s structural malaise. It’s not only about the statistics. So many other factors enter into the full team evaluation. But again, and maybe this is for my F6 button, it’s much better to be competing from their lofty rates and metrics perch rather than the inverse. 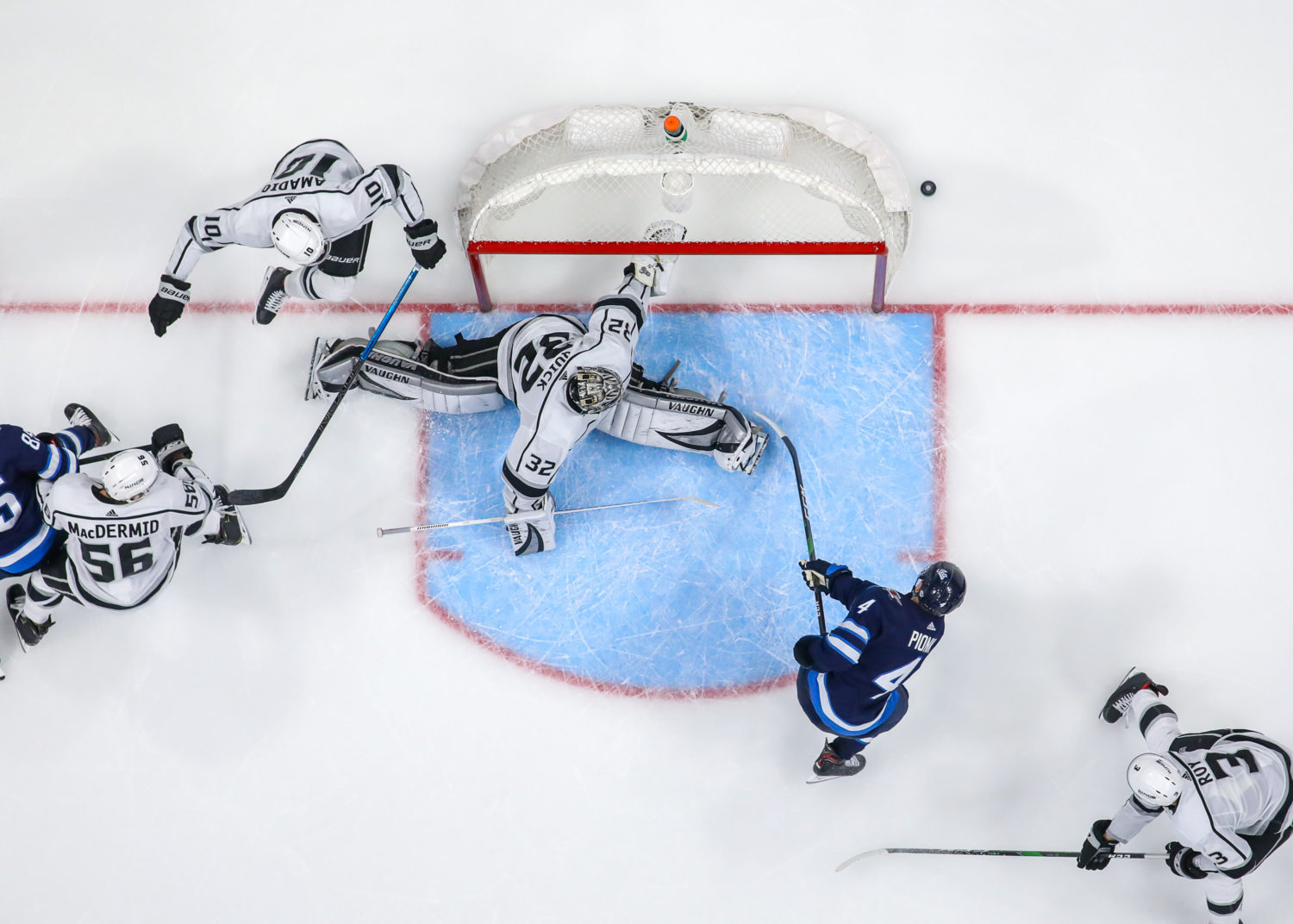