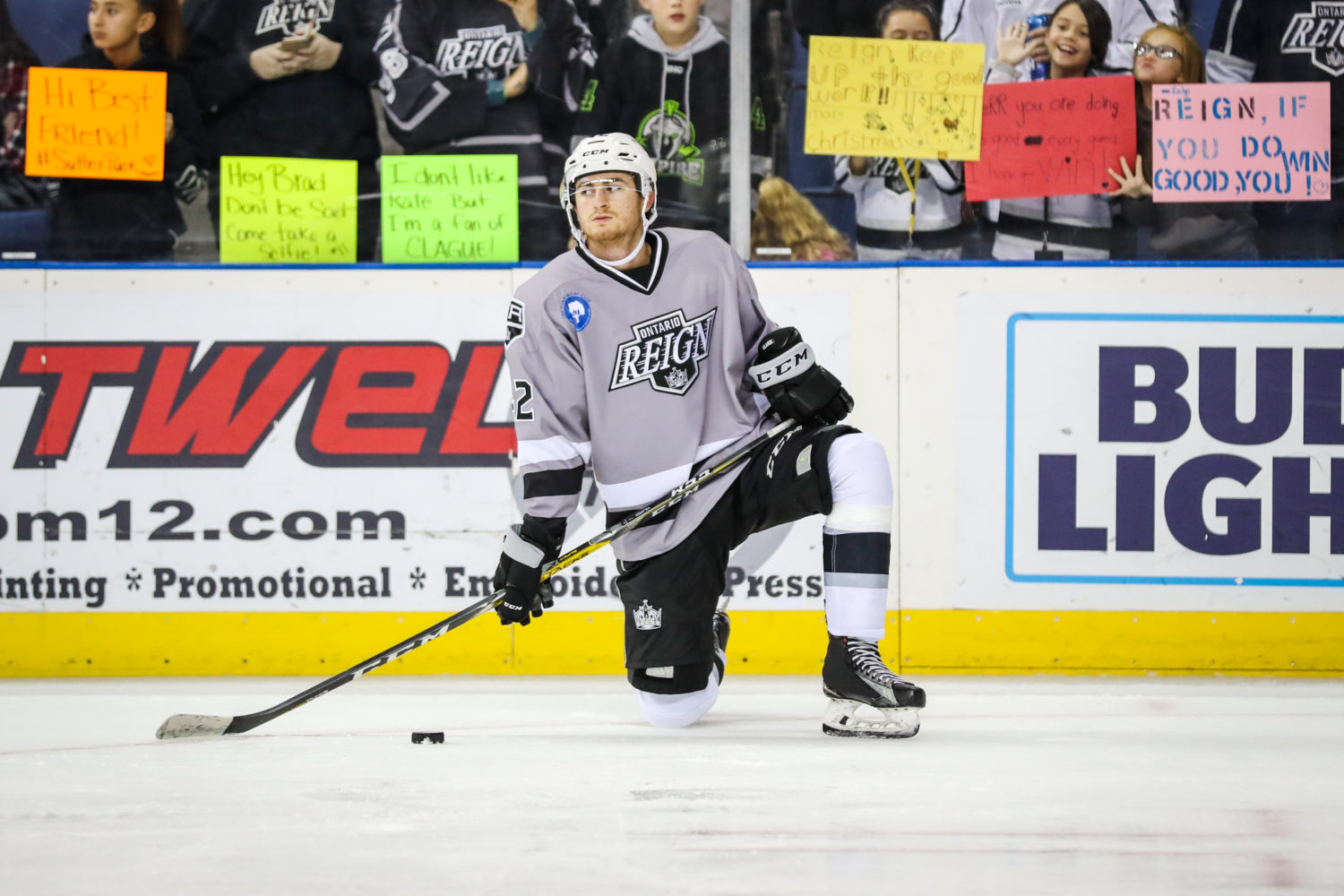 LA Kings forward prospect Gabe Vilardi returned to the ice Tuesday at TSPC, described to be “part of his ongoing rehabilitation program” in an update provided by the team late Monday.

Vilardi practiced with the development staff in full equipment on Tuesday and is expected to continue to do so through the end of the week, at which point he’ll be evaluated again. This is somewhat different from his work a year ago at this time in which he spent three days on the ice and one day off and was evaluated after 12 days – nine on, three off. Now, the team will evaluate him at the end of each weekly session and build towards a determination of when he might be able to begin practicing with the Ontario Reign.

These baby steps represent encouraging news. Vilardi was present at the start of training camp but returned to Canada and hadn’t been visible in Kings areas since. Selected 11th overall in 2017, he has been limited to four AHL games on a conditioning stint late last fall because of a persistent back injury.

— Jonathan Quick left the ice first and is projected to start in goal versus the Jets, against whom he’s 5-5-2 with a 2.84 goals-against average and an .895 save percentage in 13 games. Nikolai Prokhorkin and Joakim Ryan remained on the ice for extra work and aren’t expected to be in tonight’s lineup. Connor Hellyebuyck will start for Winnipeg and is 2-3-0 with a 2.99 GAA and an .896 Sv% in five career games against Los Angeles. Forward Mark Letestu and defenseman Nathan Beaulieu are on injured reserve, so expect the home team to line up with forward groups of Laine-Scheifele-Wheeler, Connor-Little-Ehlersm Copp-Lowry-Roslovic and Perreault-Gustafsson-Bourque with defensive pairings of Morrissey-Pionk, Heinola-Bitetto and Dahlstrom-Kulikov. Hellyebuck, whose 5×5 save percentage is a robust .948, ranks third in the league in goals saved above average rate of +5.23, only marginally below John Gibson and Carter Hutton’s rates (via Natural Stat Trick).