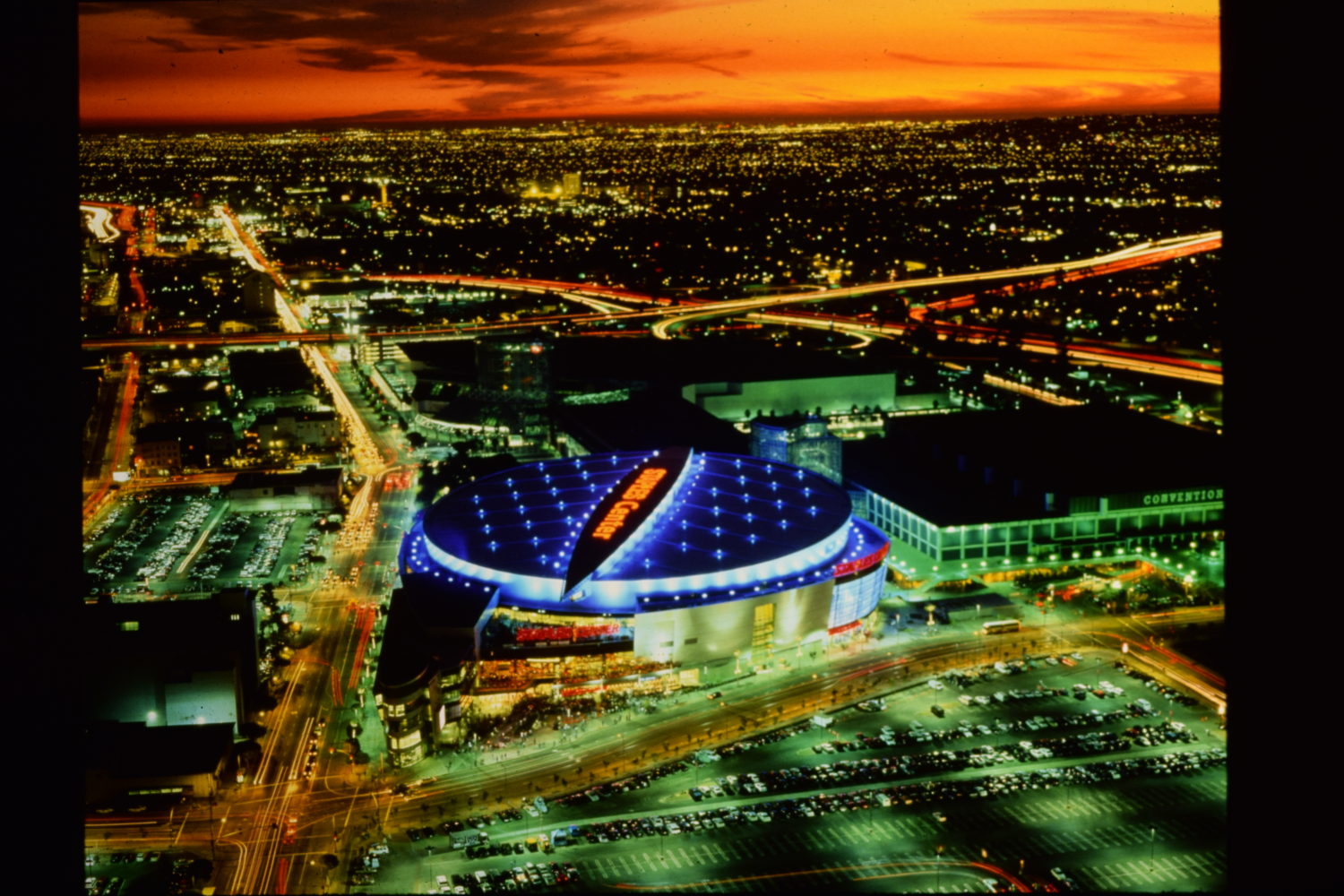 A fun thing that Staples Center and I have in common: Bruce Springsteen was our first concert.

For me, that was a show at the L.A. Sports Arena during the Tunnel of Love Express Tour in 1988. For the arena, it was a night in which the singer, no fan of skyboxes, ornamented an important structure that catalyzed a rebuilt neighborhood downtown.

That Springsteen show was 20 years ago tonight, and the first LA Kings game in the building, a 2-2 tie with Boston, celebrates its platinum anniversary this Sunday. (Perhaps we should actually be writing about the last game at The Forum, a fight-filled preseason game versus Anaheim.)

"You're going to know immediately: that's in Los Angeles; that's where the @LAKings play."

Bob Miller was not lying about the @STAPLESCenter prior to it's opening in 1999! pic.twitter.com/J7AINeHOla

But Staples Center has served as both a linchpin of an utterly transformed South Park neighborhood and a building synonymous with championships, given the Kings, Lakers and Sparks’ successes there. And for Anze Kopitar, while “the two nights were really fun in there,” there are snapshots that resonate beyond the two Stanley Cups he lifted.

“The one thing that maybe is underrated is when we scored an empty-netter against St. Louis to put away the series for the sweep,” he said. “That was loud. That was really loud, and I bear-hugged Brownie. Obviously, winning in the end [was the best memory], but that was an underrated moment where people got really crazy in there.”

Given the Kings and Blues’ tendencies of the era, Kopitar was probably credited with four hits for such an exultant celebration:

Todd McLellan was also a principal actor in Staples Center’s hockey chapters, given his history as an assistant with Detroit and a coach with Edmonton and now Los Angeles, but primarily as San Jose’s head coach during Los Angeles’ glory years. It’s interesting to learn how various people recall various events – like how the Blackhawks don’t remember a great deal about the 2014 playoff series. Let’s try another subject. Say, Ryane Clowe playing the puck from the Sharks’ bench one night in April some seven years ago. “I don’t think he got called for that, did he?” McLellan said.

“Clowie’s done a few things.” More to come there.

“I know going all the way back to Detroit – that was a long time ago – players looked forward to coming to California, to L.A. and that type of stuff, until you’ve got to go into the building and play, and it’s always been a tough building to play in. The wins and losses when we were in Detroit, ’05 or whatever, this team was probably in the same situation as it is now where it was retooling and trying to build, and to come into that building as the years went by, it just got tougher and tougher to win, and we’ve got to make it that again. For me, the building’s been tremendous. It’s a big, big, building. I watched one game, I think, from the press box, and it is a huge building, you’re quite a ways away.”

“The biggest thing though for me as an individual is it being the catalyst for transformation in that area. I remember coming – you guys would remember it even more than me. You’d come to the city, and it’d ben the Expo Hall or whatever it’s called down there, and then the Staples Center, and nothing. And, you look at it now, it’s like, ‘wow.’ There are cranes and buildings, so somebody had great vision of where to put it and build around it, and look at it now – it’s a huge part of our city.”

It's the 20th anniversary of @STAPLESCenter!
Check out all the hype surrounding the 1999 opening from way back in the @LAKings 1997 Draft Special! pic.twitter.com/raVo9fjjDR 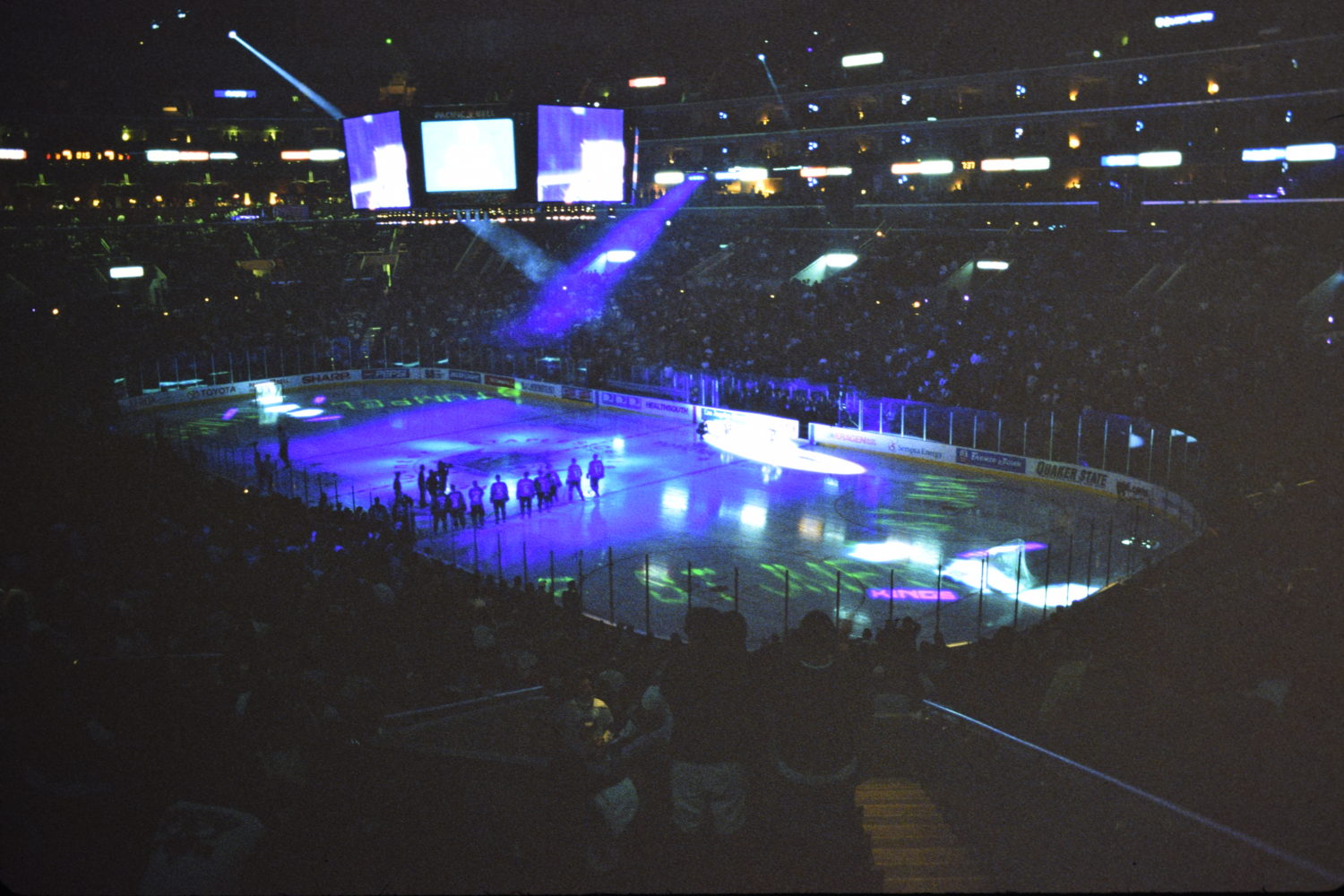