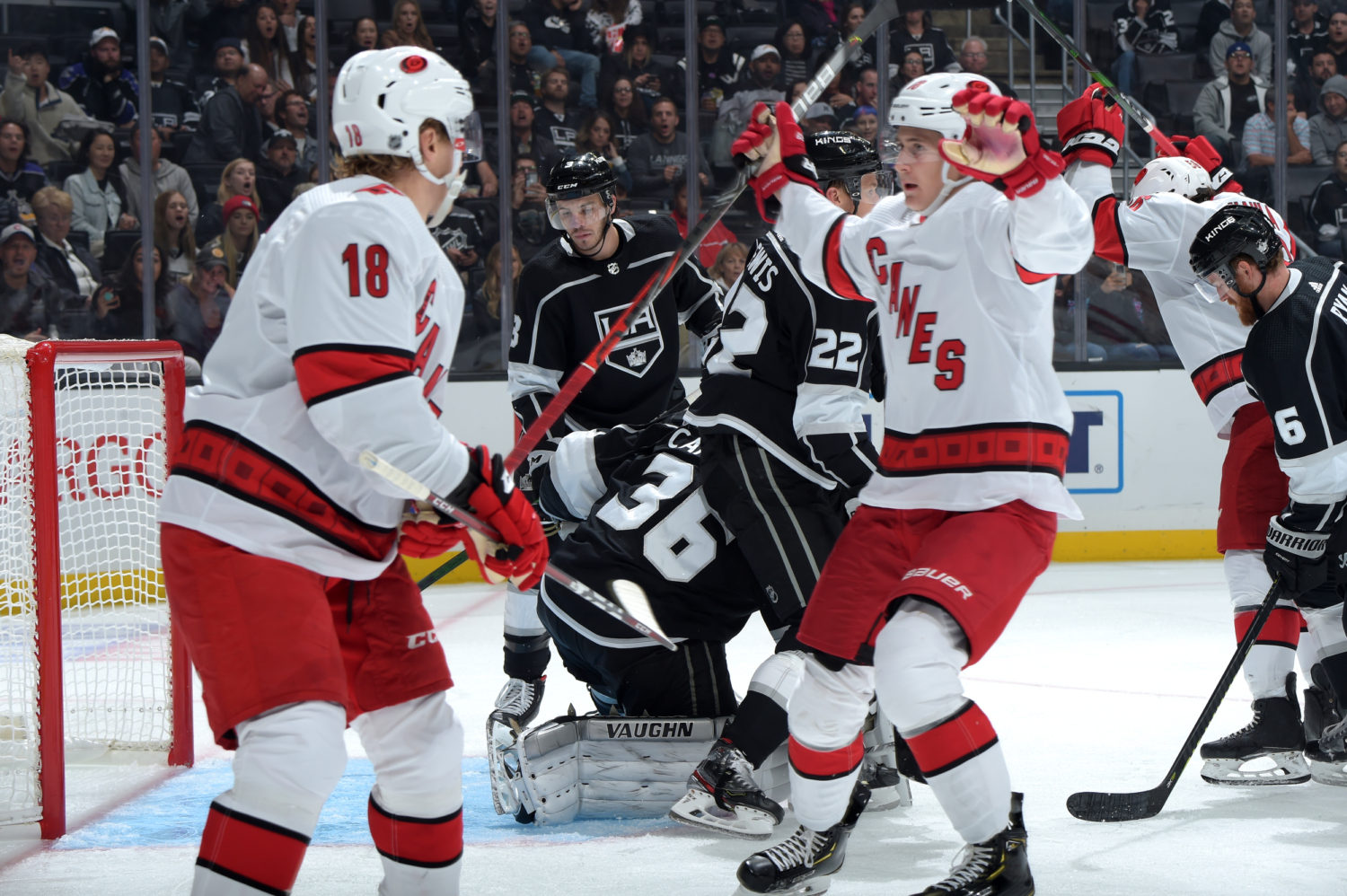 Similar script, less scoring. The LA Kings came out to a hot, fast start, couldn’t bury the puck against a goalie who quickly got into a rhythm, looked fine in five-on-five play, weathered the Hurricanes’ structural flexing in the second and relied on wrists and tips and a few near misses in the third. There’s nothing particularly jarring here, other than perhaps Todd McLellan’s post-game appraisal of Adrian Kempe. More on that in a bit. Nor was there any shock or surprise at all as the Kings fell to 1-2-0 on DEATHSTAND that continues, mercifully, with 5-0-1 Buffalo and perennial thorn Calgary. There’s not a ton of margin for error now, nor has there been whining or cowering. The schedule is the schedule, and Los Angeles has for the most part shown well against some of the league’s best while facing the weight of their inherent challenges. On Tuesday, their inability to score was their Own Personal El Guapo, a recalibration of their five-on-five shooting percentage (which fell to 9.9% and may continue to fall a bit) and high-danger chance rate (which fell to… 11 per 60 minutes, the second best in the league. Carolina ranks first in that category, which may elicit a spit take out of those who watched the second period.) There’s obviously the forest, and then there are the trees, and while the Kings will never be satisfied with losing or being shut out at home, their habits and compete and other intangibles do seem to have a healthy new life – and that’s not to say anything about their spike in scoring chances, last night notwithstanding. The next step is to get rewarded for the work they’ve put in. 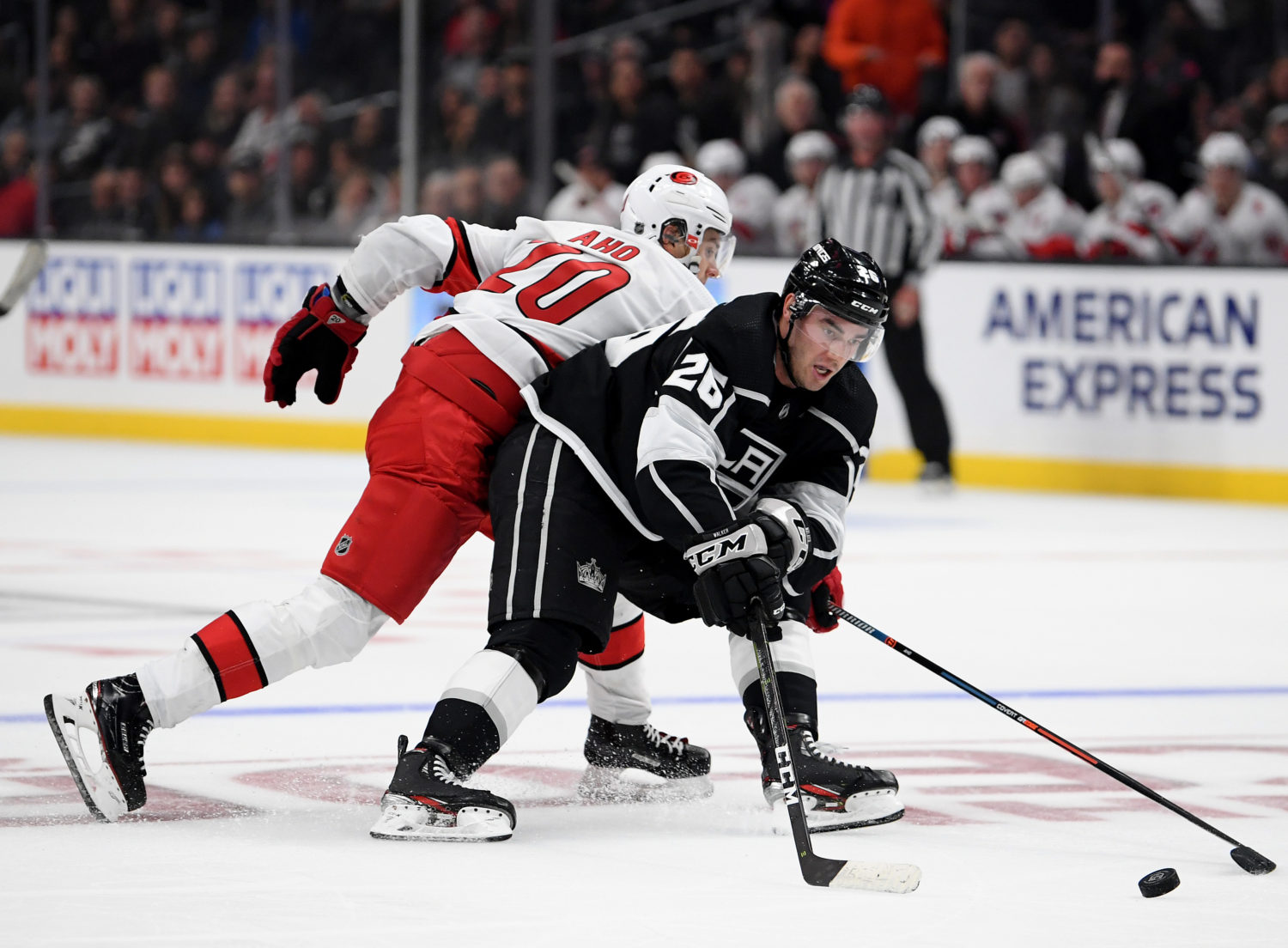 I vividly remember a conversation with Kings executives at the 2015 NHL Draft about Adrian Kempe, who hadn’t yet turned 19 but had recently scored eight goals in 17 games en route to a Calder Cup, earning the nickname Juice. At that time, they still weren’t quite sure what exactly Kempe would develop into. He’d scored for Sweden’s youth teams and would go on to define himself well at world juniors, but his speed and north-south game didn’t always translate into production. With 12 goals over his last 116 NHL games, Kempe has dropped in the lineup and familiar questions have added a touch of urgency. McLellan’s comments after Tuesday’s game weren’t unsolicited; the coach was asked specifically about Kempe and gave an honest appraisal, and if it’s communicated to us, then he’s surely communicating it to the player as well. I was ready to run with a Kempe story in training camp about his expectations coming off a season in which he solidified his shot and possession metrics, if not his scoring, and appeared poised as a young, talented player to work within a system designed to take advantage of his gifts. Through six games, that hasn’t happened yet, and I’m not sure we have any concrete answers to those questions asked one year after he was drafted. A tremendous skater, Kempe has been encouraged to deploy his legs more effectively and not “on the outside and chasing everything,” as it was shared by McLellan in the preseason. And while he’s only 23 and is still capable of helping his team defensively, he was whistled for a stick infraction and didn’t register a shot attempt in 9:10 of action – a number dampened by a trip to the room for repairs. “You have to have an impact on a game all the time, and you have to have that impact for yourself individually, but also for your teammates,” McLellan said last month. “I see size, I see skate, I see a very bright hockey mind, I see a shot. I see basically every tool you need in the box to have a really positive impact, and we want him to have more on a nightly basis.” 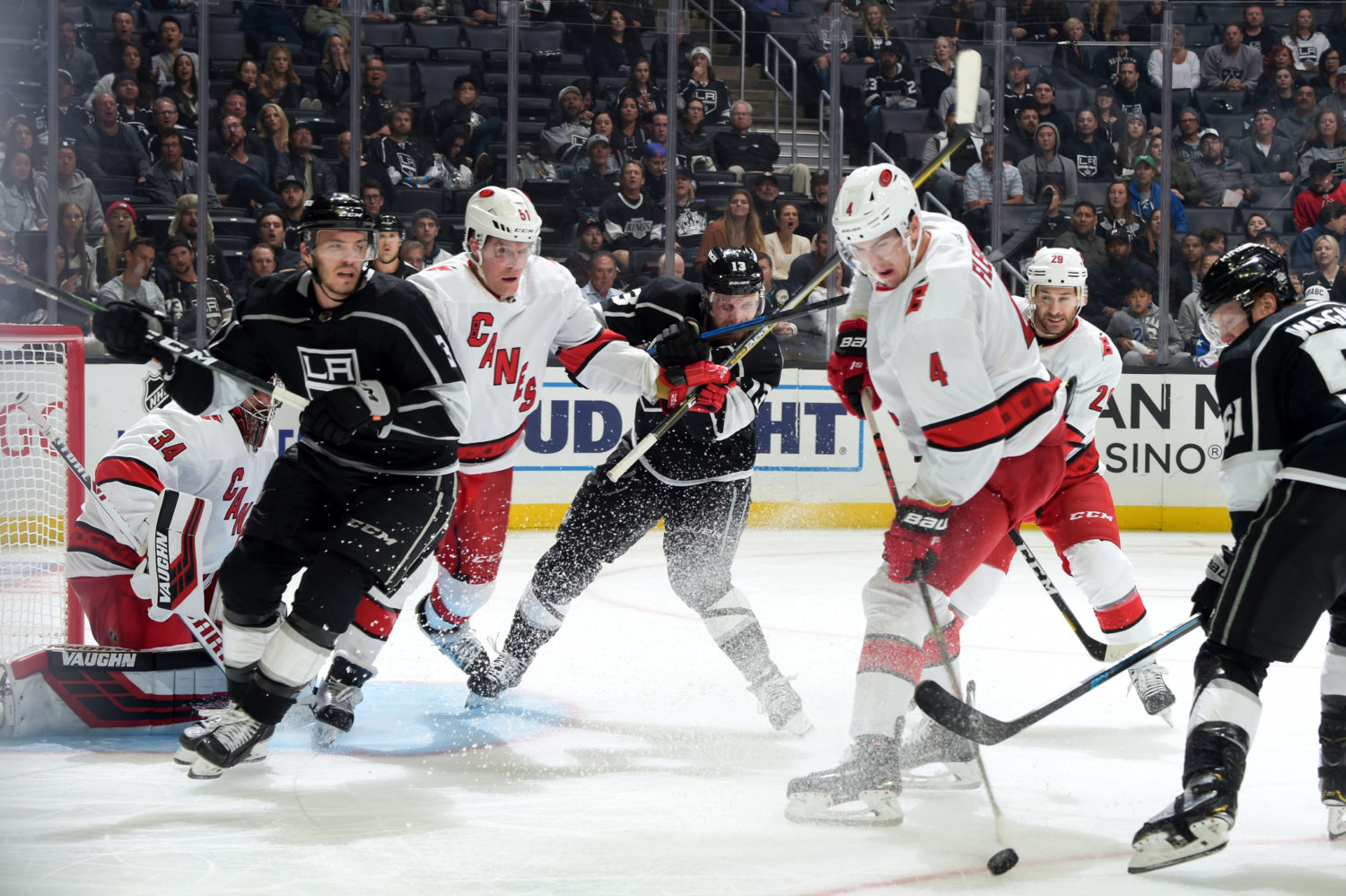 And while preliminary exit polls on Kempe, a -13.8 CF%Rel, haven’t been encouraging, Los Angeles’ center depth is at a better state than it was six games ago. 21-year-old Blake Lizotte and fellow 23-year-old Michael Amadio have been among the positive stories over first two weeks of the season, and given the lack of depth at the position, they’re going to continue to hop over the boards. For Amadio, consistency is key. He’s always been a player with the flashes of what he’s shown thus far, but the question will be if he’s able to continue to have an impact over 82 games. Thus far, he’s been on the ice for Kings scoring chances to a greater degree than any other qualified skater, and it’s a good sign that he’s been able to do so against teams with solid center depth like Calgary, Nashville and Vegas. He had another small handful of power play looks last night and continue to be found around the net. It didn’t lead to any offense on Tuesday, but there was an awfully good team with excellent defensive depth and mobility on the other side of the ice, and they played structured, mistake-free hockey for a beat longer. 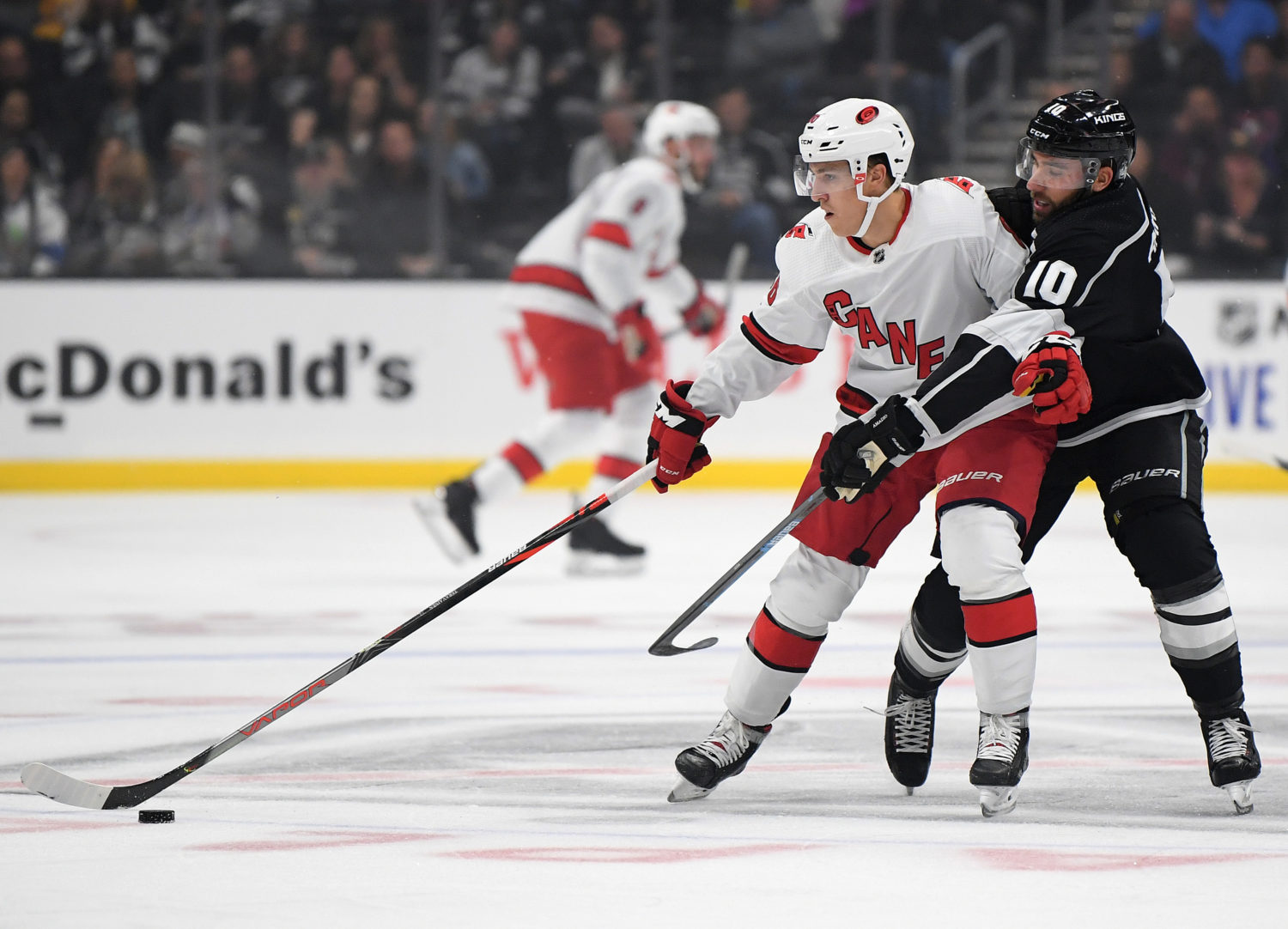