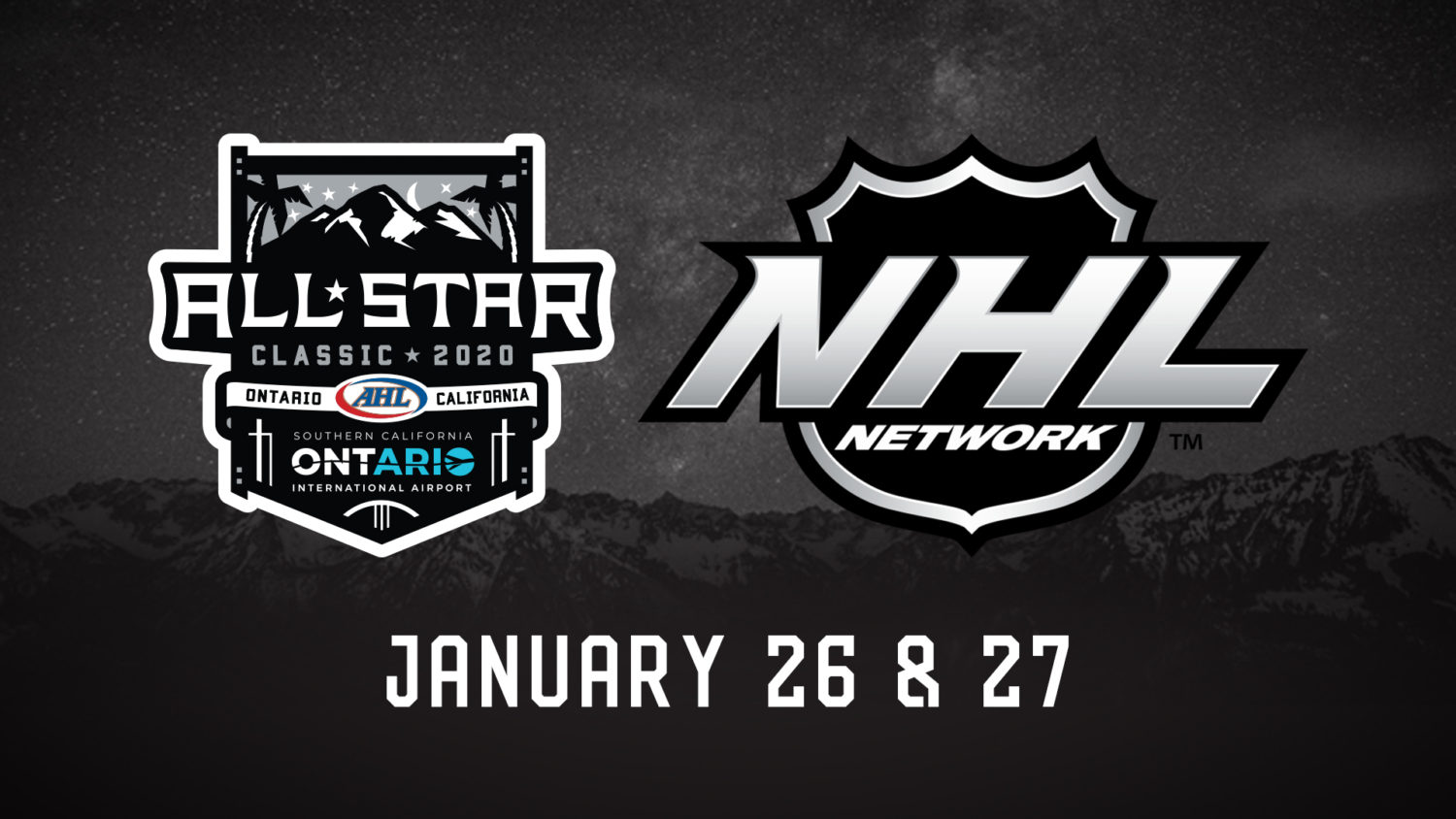 The American Hockey League and NHL Network announced today that the 2020 AHL All-Star Classic presented by Ontario International Airport will be broadcast live on NHL Network, as a part of 20 AHL events throughout the season.

18 live games will be broadcast throughout the season, though none will feature the Reign. The only Pacific Division teams to be featured will be a San Diego / Stockton tilt in late-March.

Those looking for more information on the All-Star Classic can visit ontarioreign.com/allstar.

SPRINGFIELD, MA – The American Hockey League and NHL Network announced today that the 2020 AHL All-Star Classic presented by Ontario International Airport will air live on NHL Network. The All-Star broadcasts are a part of a schedule of 20 live AHL broadcasts on NHL Network during the 2019-20 season, marking the most live AHL regular-season game telecasts ever in a single season on NHL Network.

“The American Hockey League is home to the top prospects for all 31 National Hockey League teams,” said David Andrews, AHL President and Chief Executive Officer. “We’re excited once again to be joining with NHL Network to showcase the excitement and skill of AHL action to hockey fans across the United States.”

Tickets for the 2020 AHL All-Star Classic presented by Ontario International Airport are on-sale now. Tickets, which include admission to both the AHL All-Star Skills Competition and the AHL All-Star Challenge, are available by visiting ontarioreign.com/allstar.

The Ontario Reign are underway in the 2019-20 season, their fifth as members of the American Hockey League. For more information on the upcoming season, as well as the 2020 AHL All-Star Classic, to be held in Ontario, visit ontarioreign.com, and to secure your seats with a Reign ticket plan, call 909.941.7825.