Waking up with the Kings: October 13 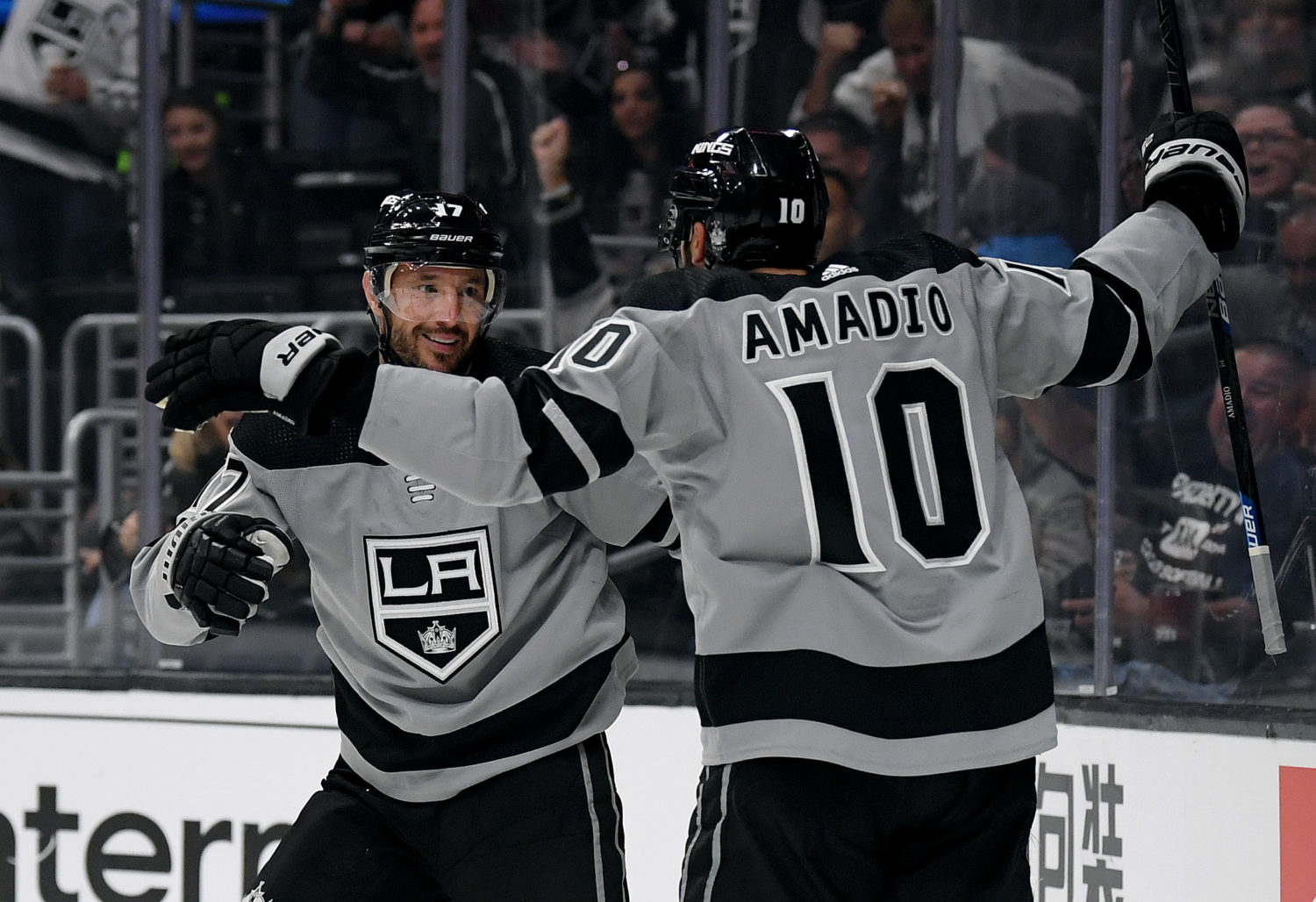 Seldomly does one NHL Member Club step on another for a full 60 minutes, a notion that certainly applies to the 2019-20 LA Kings and whomever they’re playing on any given night. But on Saturday, against a powerhouse Nashville team that employs Kyle Turris as a fourth line center and a healthy top-six that includes Filip Forsberg, Ryan Johansen, Matt Duchene, Mikael Granlund and Viktor Arvidsson, they unleashed an avalanche of forechecking pressure for a good 40 minutes or so and contained the Predators to mostly uncomfortable and disjointed attempts to exit the zone. While the highlighted names ultimately worked their way back into the game in the third period, the Kings limited their bottom six and contained a defense with a capacity to generate offense: Defensemen other than Roman Josi combined for six shot attempts and only one shot on goal. And though Josi generated five shots and 10 total attempts, he was denied by a timely Jack Campbell save that was followed by the Amadio-to-Kovalchuk finish. 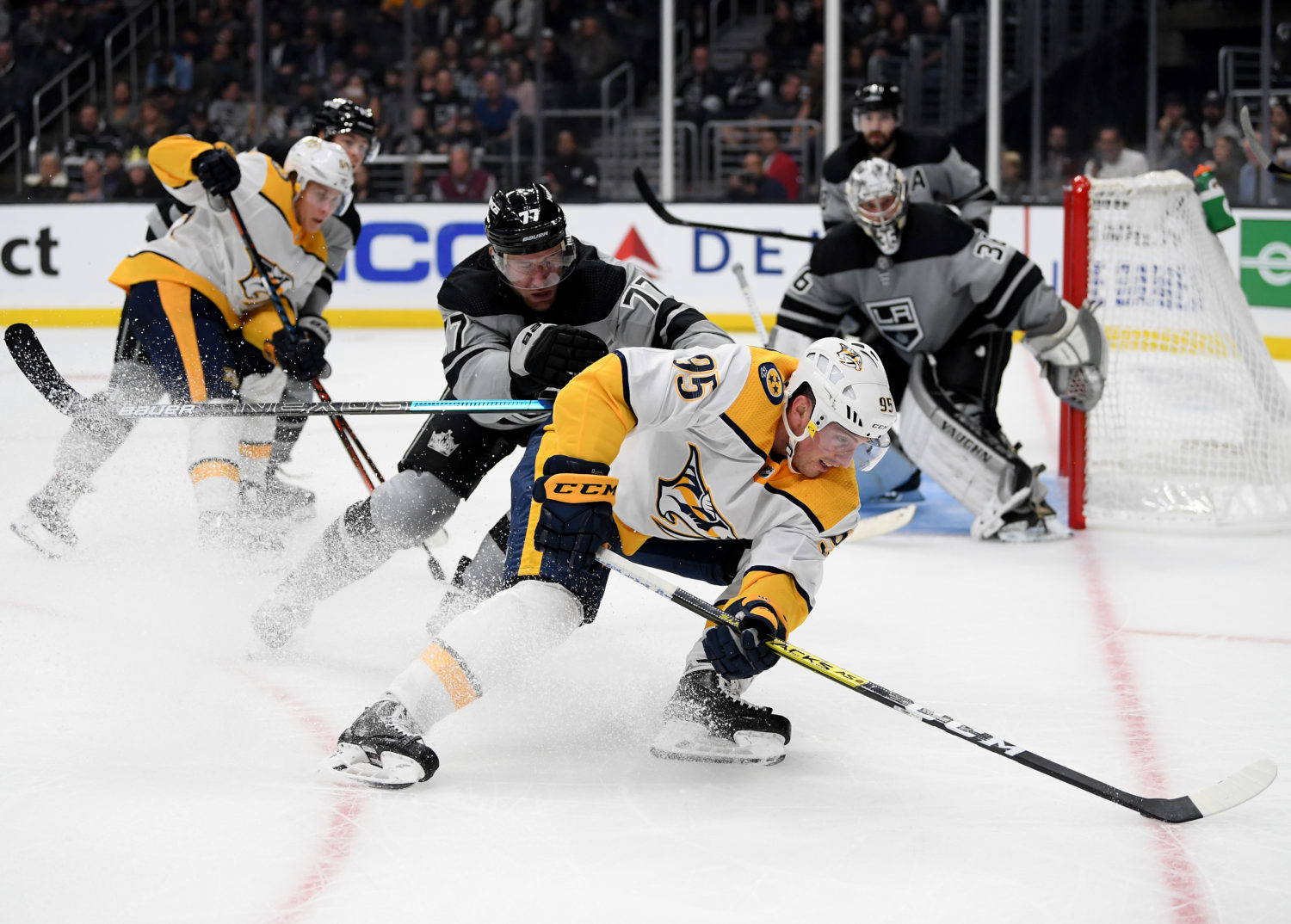 The Kings’ own top players were fine, and while we’ll get to Michael Amadio and Sean Walker in a moment, it’s important to note that Kopitar (1-1=2), Brown (1-2=3) and Kovalchuk (1-1=2) all recorded multi-point efforts. But Los Angeles got better production and assertive play from more corners of their lineup than Nashville, and Amadio is turning into a swiss-army-knife-type of a player at a position where they have minimal depth. He was always a smart player with an ability to see and read the game well, but he’s really covering ground a lot better now and exuding confidence, and those types of separation moves on the power play or bank passes off the boards to himself are the types of plays that he was yet to execute consistently in his first two seasons. (Which is understandable; he’s only 23.) He offers good support on the puck and retrieves them well below the goal line, and he earned his assist by forechecking both Mattias Ekholm and Dante Fabbro off a puck before dishing to Kovalchuk for important insurance. 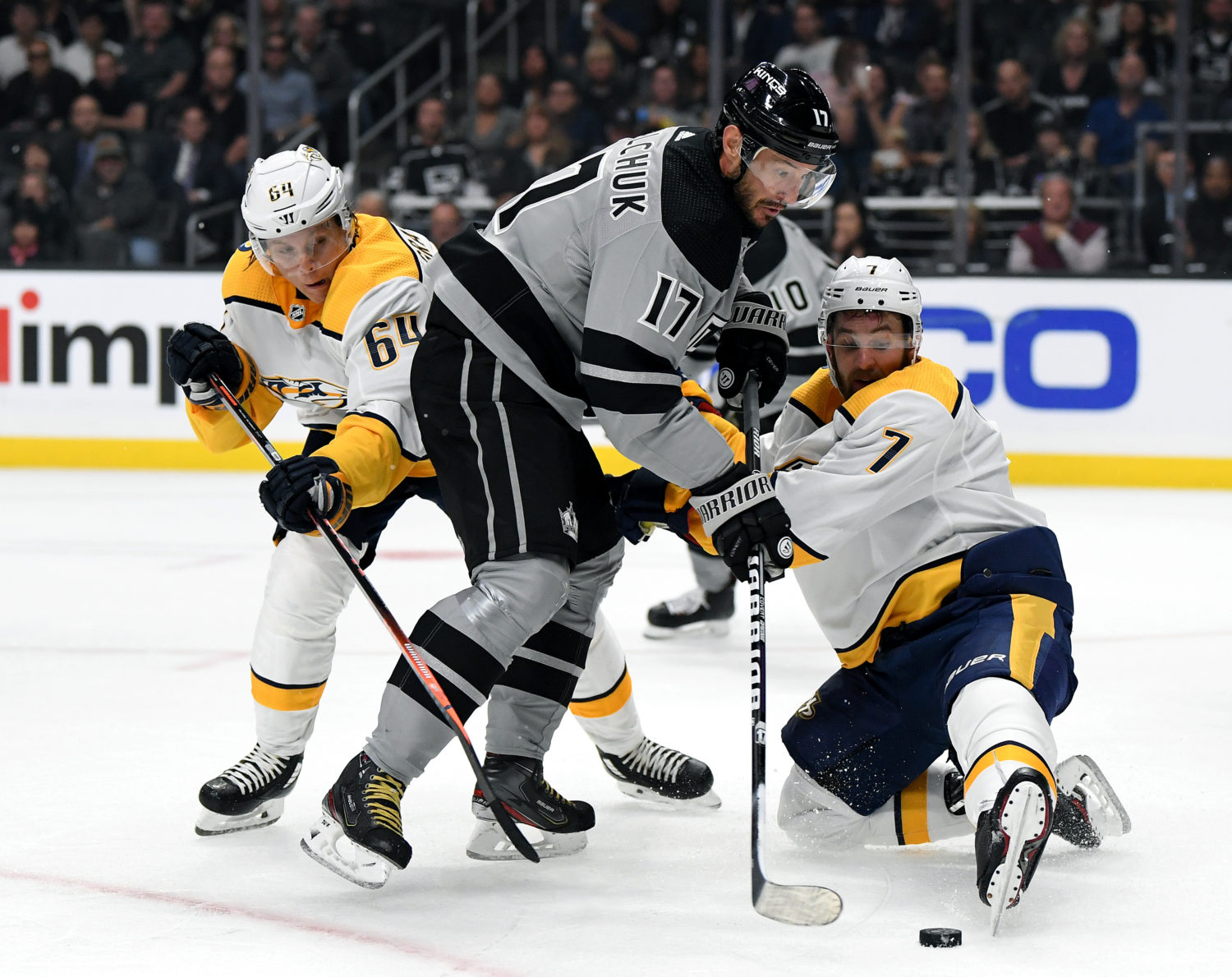 And then there’s Walker, the, uh, league’s top possession defenseman – by four percentage points. He had an assist taken away from him last night but again added to his collection of third assists, the most impressive of which was his lightning-quick-up to Alec Martinez during an attempted Predators line change, setting in motion the wheels for Alex Iafallo’s winner. (Good things happen when you get pucks and bodies to the net, but Juuse Saros, a good young goalie who had an off afternoon, inopportunely juggled the puck.) But that goal was a very good demonstration of exactly how the Kings want to play. It’s similar to the styles of Nashville, and Vegas, and other attack-minded teams that turn pucks around quickly. That they were able to nab a valuable right-shot “modern” defenseman is a better-case scenario of the team accompanying its expensive stars with effective collegiate free agents and young players. And while there wasn’t really a question of his propensity to provide offense from the back end, there were challenges in his work without the puck last year, as there often are for rookie defensemen. This year, he’s averaging 1:18 on the penalty kill, which speaks to both Walker’s added layering and the state of L.A.’s defensive depth. And, of course, it helps to *never* play in your zone; with Walker on the ice in five-on-five play, the Kings have out-shot their opponents 55-17, out-chanced them 47-18 and outscored them 8-2. 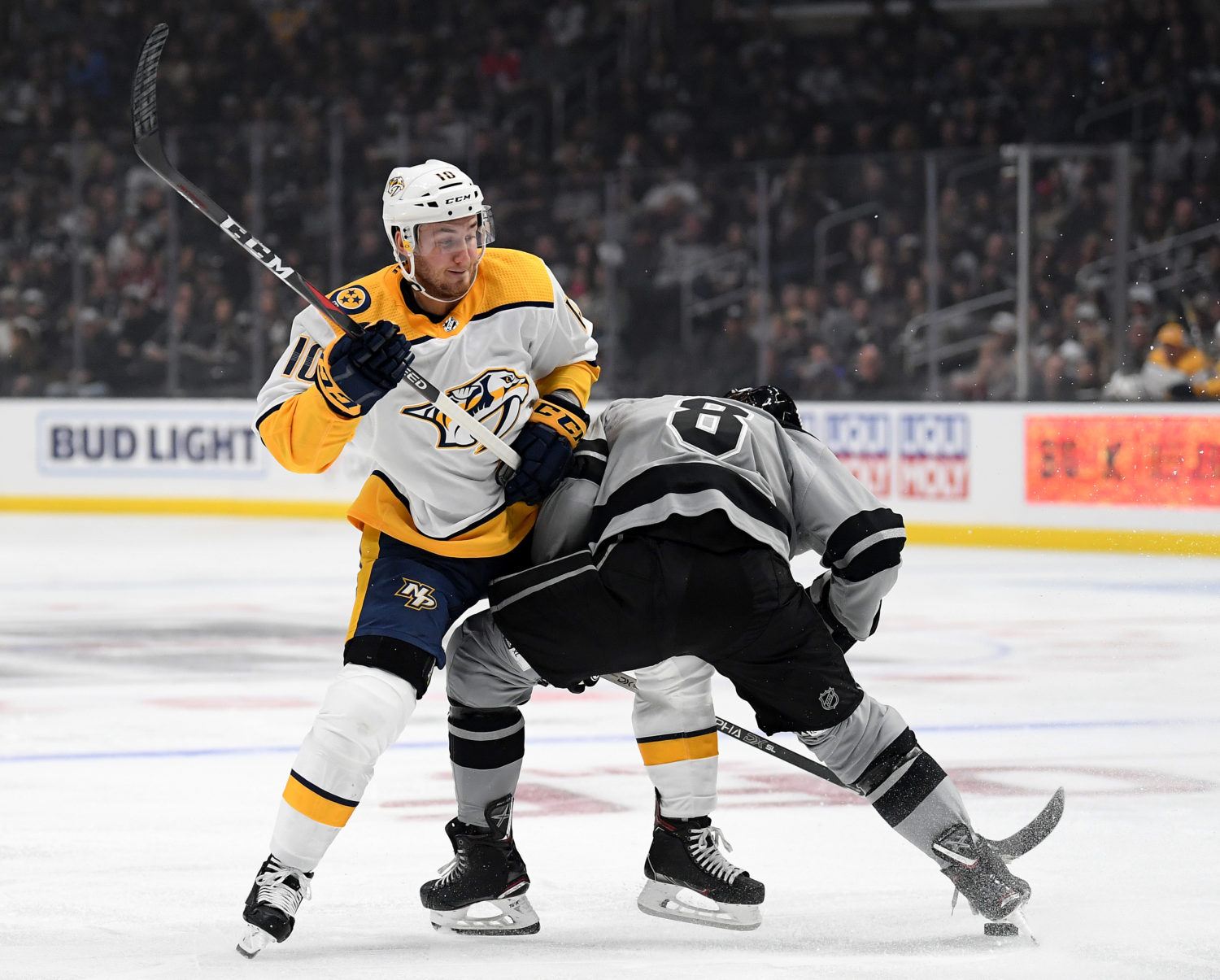 And this is essentially the challenge. The Kings don’t want to be a team that’s regularly responding to poor performances, and on the second day of a back-to-back they’ll have a chance to maintain their offensive momentum against another awfully good team. They’re now 1-0-0 on the DEATHSTAND, which after Vegas continues with Carolina, Buffalo and Calgary. Teams aren’t inclined to remove their blinders, and certainly one would imagine a nearby divisional rival (against whom they’re 5-3-1 in the regular season) will get their full focus. There were very good performances in Calgary, followed by the bottomless pit of the Vancouver game, providing a back-to-back baseline for a number of players to improve upon. 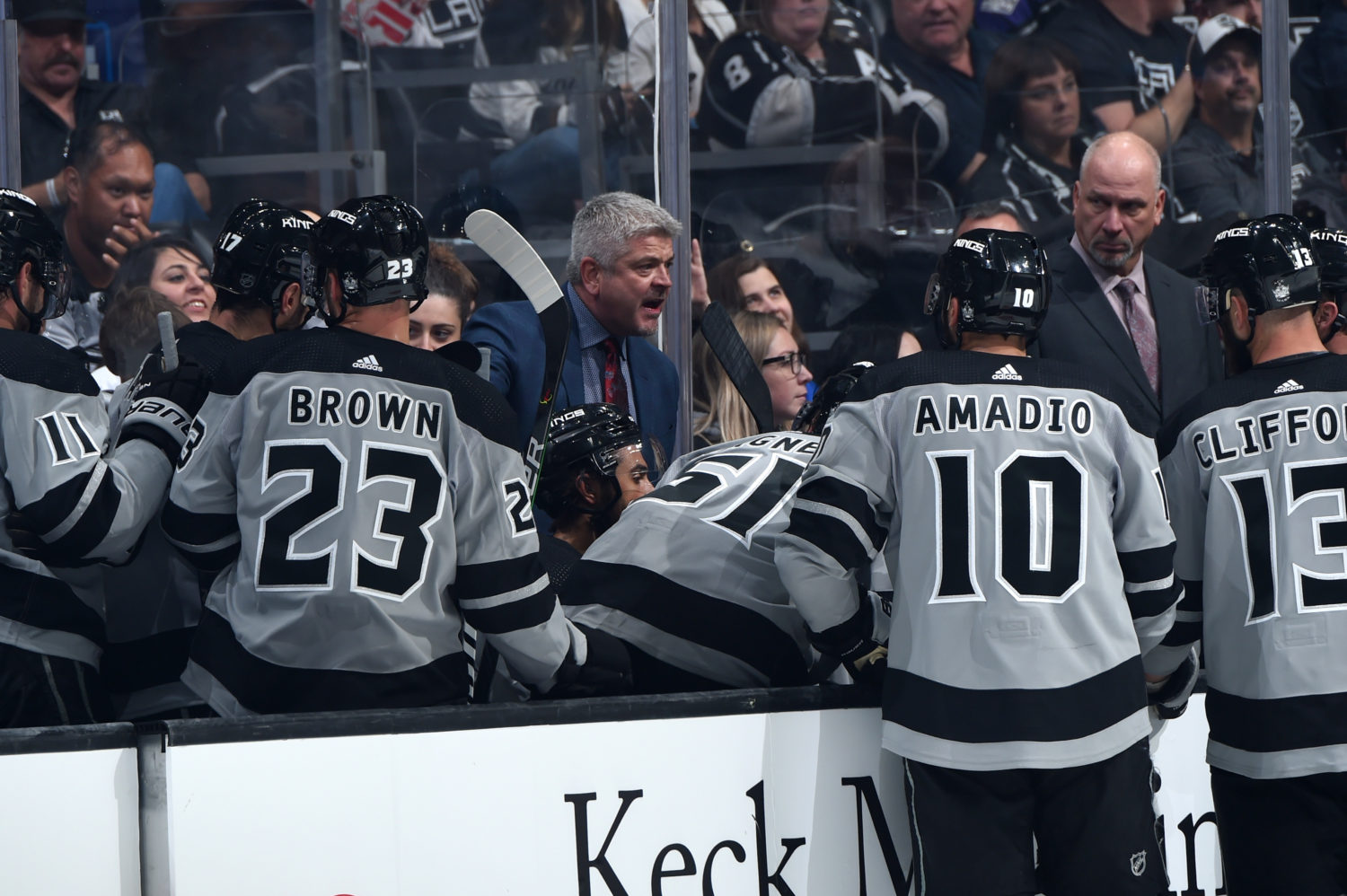