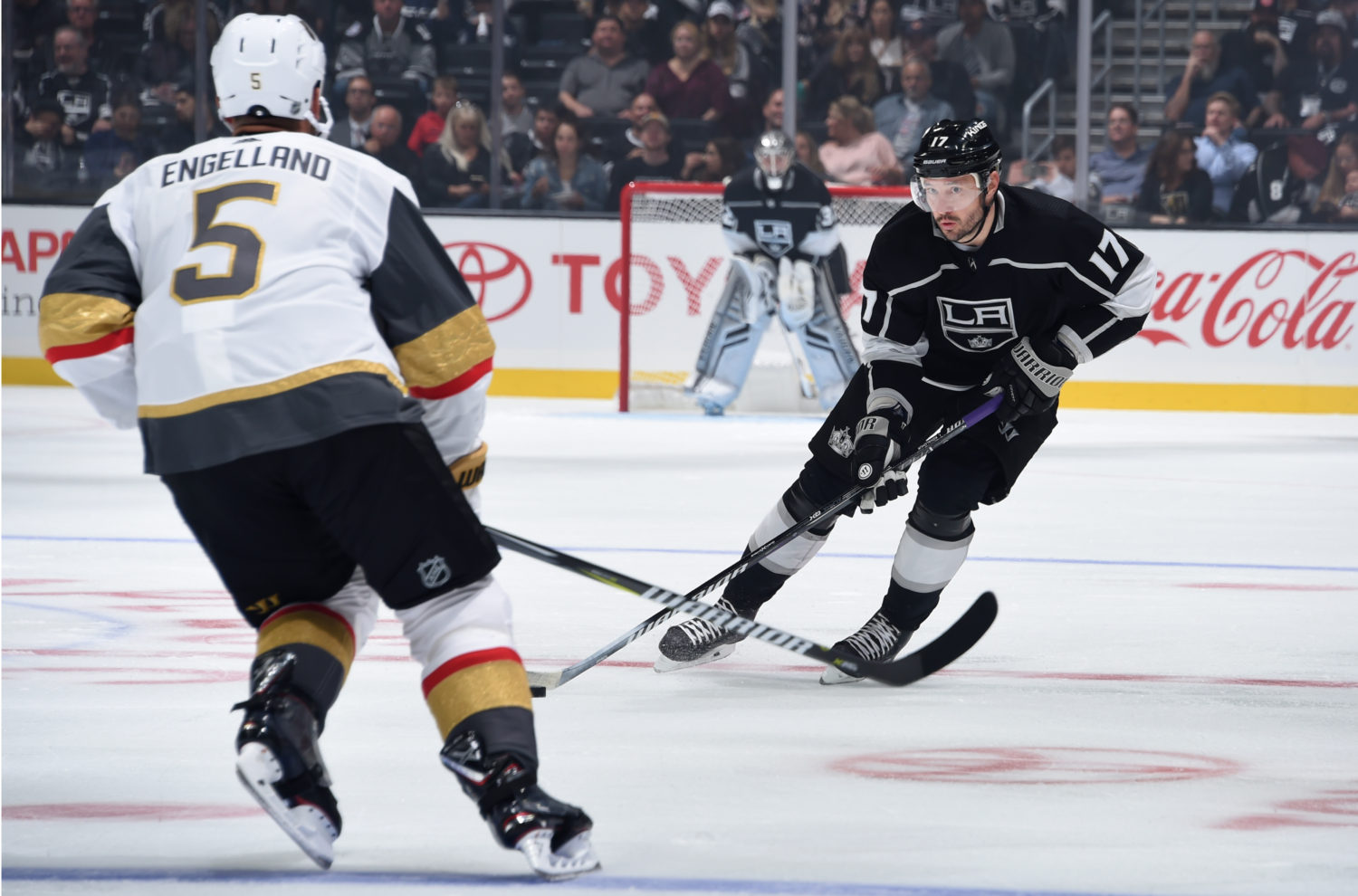 — Like Nashville, Vegas is another team with a go-go-go aggressive mindset somewhat similar to what Todd McLellan is looking to instill in Los Angeles. There’s still a ways to go before the Kings are on equal footing with the second Stanley Cup contender to visit Staples Center in as many days, so McLellan believes “the test we face is more ourselves than our opponent.”

“We’re not at that stage where we’re right there with those top teams. Yeah, we want to work to get there, but it was only about six, seven days ago when we played back-to-back and we didn’t respond really well, so that’s a test. The game that we played in Calgary set us up for the game in Vancouver. We failed that test, and I feel like we’re in the same spot again. It’s a lot more about us than what Vegas is doing or going to do. We know them. They know who they are. We’re still trying to figure our identity out.”

— One question I forgot to ask last night: How was Joakim Ryan in his first game as a King? The Kings radio broadcast pinch hit and received an encouraging answer. “He was very patient waiting for his opportunity. He went in, he gave us solid minutes. You can see he’s played in the league before. He had a calming influence on his partner, which we needed and he did exactly what we thought he would do. He would come in and pinch hit and provide us a good night, so he’ll get that opportunity again tonight.”

— Vegas won 6-2 at home versus Calgary last night, with all members of the well-defined Carrier-Nosek-Reaves combination accounting for a goal. Tomas Nosek is emerging as a perennial contender for the Casey Cizikas Fourth Line Excellence Award, but he’s not the only one to stir the drink. “I watched the game last night, and obviously that line had a significant impact on the game, the way they played and how they protected pucks,” McLellan said. “They created scoring opportunities and took advantage of them. I think that line has been an effective line for the last year and a half, and they continue to build their team so that the game can be played any way. It can be a physical game, it can be a fast game, a skill game, a special teams game. I think they’re one of the better built teams in the league because they can adapt to play any type of game, and that fourth line fits that mold, and I don’t even know if you can call them ‘the fourth line.’ They were pretty damn good last night and I’m sure they’ll be that way again tonight.”

It’s apparently Marc-Andre Fleury in net for Vegas, via Ben Gotz of the R-J. He stopped 33 of 35 last night. Alex Tuch (upper-body injury) and Nate Schmidt (lower-body) are on injured reserve, while Malcolm Subban is out with a lower-body injury. Goaltender Oscar Dansk will serve as the back-up should Fleury go.