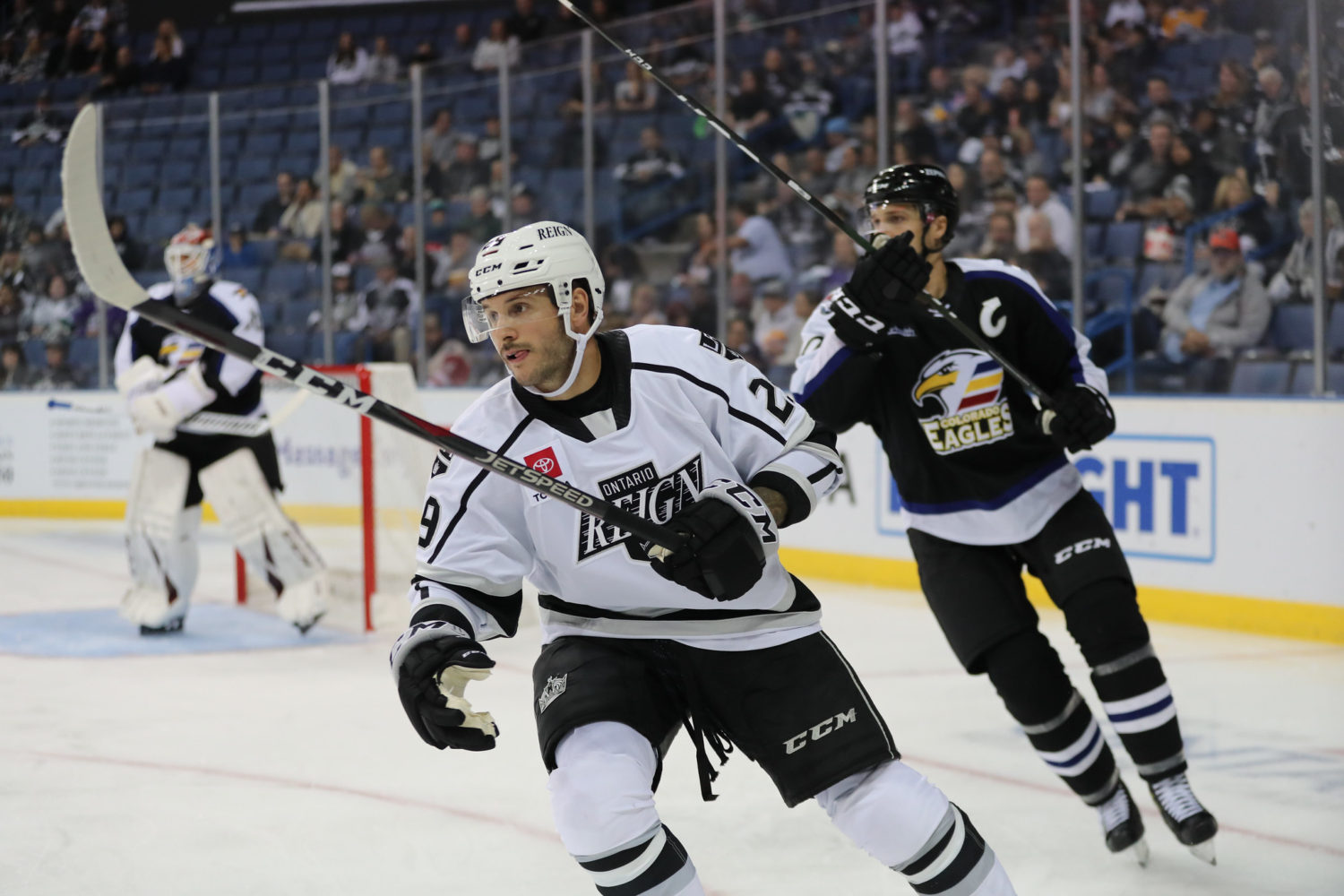 A “painful lesson learned” was the sentiment after the Reign’s 4-3 overtime defeat against Colorado this evening.

Ontario got goals from Martin Frk, Mikey Anderson and Mikey Eyssimont, and carried a 3-1 lead into the game’s final stages, but two late goals conceded forced overtime, before a Jacob MacDonald game-winning tally in the extra session gave the Reign their first defeat of the season in stunning fashion, though they did pick up a point in the process.

There were positives to be drawn from the performance, starting with the goals scored, including the first of Anderson’s professional career. With Frk’s tally, the veteran forward has now found the back of the net in all three Ontario games this season and has showcased an ability to shoot the puck and put it in the back of the net. Eyssimont’s goal was also well deserved, with the second-year forward showing an improved ability from rookie camp straight through the regular season and he finally cracked the scoresheet tonight with a multi-point game.

Rasmus Kupari also showcased an ability tonight, but maybe not the one you expected. The 19-year-old forward showed that he wouldn’t be pushed around, as he got into his first career AHL fight with Sheldon Dries in the third period. Kupari made a very nice skill play to cut into the slot, and took a series of whacks after his shot was saved and the whistle blew, though he needed no help in defending himself. Kupari got a few shots in in the corner, and play like that will go a long way as he continues to earn the respect of his teammates. Good on ya, Ras.

Though the late rally from the Eagles muddies his statline a bit, Cal Petersen was still stout between the pipes and finished with 34 saves on 38 shots.

The Reign have seen a two-goal, third period lead evaporate in back-to-back games, though they were able to save the extra point in Bakersfield on Saturday. Ontario was not so fortunate tonight against Colorado and the ending will leave a sour taste for the Reign, despite the slew of positives from the game. A tough test awaits tomorrow evening in Tucson, who sat idle in Ontario tonight while the Reign played.

Mikey Eyssimont on how things unfolded as Colorado came back
Throughout the first and second periods, I thought we did a lot of things right, but it just felt like something was missing the entire game and in the third period, Colorado kind of exposed it. Some flukey goals, Chaz made a great block and it went right onto his stick and they were able to tie it up. We just need to clean it up, we need to stay out of the box and we need to make sure we’re finishing our last 20 a little bit better.

On building off of a strong rookie camp, into the regular season
I think just having that camp and getting some recognition for it, for playing well and working hard, I think it definitely helps for any second-year guy. I’m just trying to build off of it, every game and every practice, I think it all start in practice. That’s something that my habits have improved a lot, throughout my first year and especially my second year.

On if this week felt extra long in between games
It definitely feels like forever for us as well. We wish there were some more weekday games in the mix. I can’t speak for everyone, but I definitely do.

On playing with more confidence this season
I think the more confidence I play with, the more my skill can show. I don’t think I’m close to where I’m going to be, come the later games. I’m just trying to get better every shift.

Mike Stothers on Sheldon Rempal’s game tonight
I liked his play in moments. I think he’s got to distribute the puck a little bit more, he just can’t keep running around in circles and hanging onto it. When he moved it, he was very, very effective, he’s a great playmaker. I think we were guilty at time, not only him, but a lot of guys, of trying to be too fancy and hanging onto the puck and trying to deke guys out. It works out in the summer, but it doesn’t work out when the league starts.

On Rasmus Kupari showing some spunk in the third period
Yeah, he’s stood up for himself real well, from rookie camp right on through. He’s a skilled player, but he plays with a little bit of an edge, he certainly doesn’t take a backwards step to anybody. I applaud him, I think it’s great.

On Mikey Eyssimont’s play and if he’s playing more confident this season
Yeah, Mikey’s been good. He’s been another guys that right from the first day of camp, he’s elevated his play. HE’s come back and he looks different. He looks like he’s more mature, he looks like a pro athlete now, as opposed to last year, maybe he was still a little baby-faced and green around the edges. HE’s been good, he’s been real detailed. He’s spent a lot of time working out, he worked hard in the summer to get himself in good shape and he’s feeling good about himself. That’s great and we hope he can continue it.

On Mikey Anderson’s play and demeanor
That’s because he’s a competitor. This guy’s played in some big games. It’s a lot better feeling when you come out on the other side of it than this side, but it’s a painful lesson. You look for the things you just mentioned, the reaction or the response of guys. Although it’s game three, they should take it personally. Things happen, and I guess if you want to stay on a positive note, we got a point and we’ll take that and we’ll move on and get ready for tomorrow. 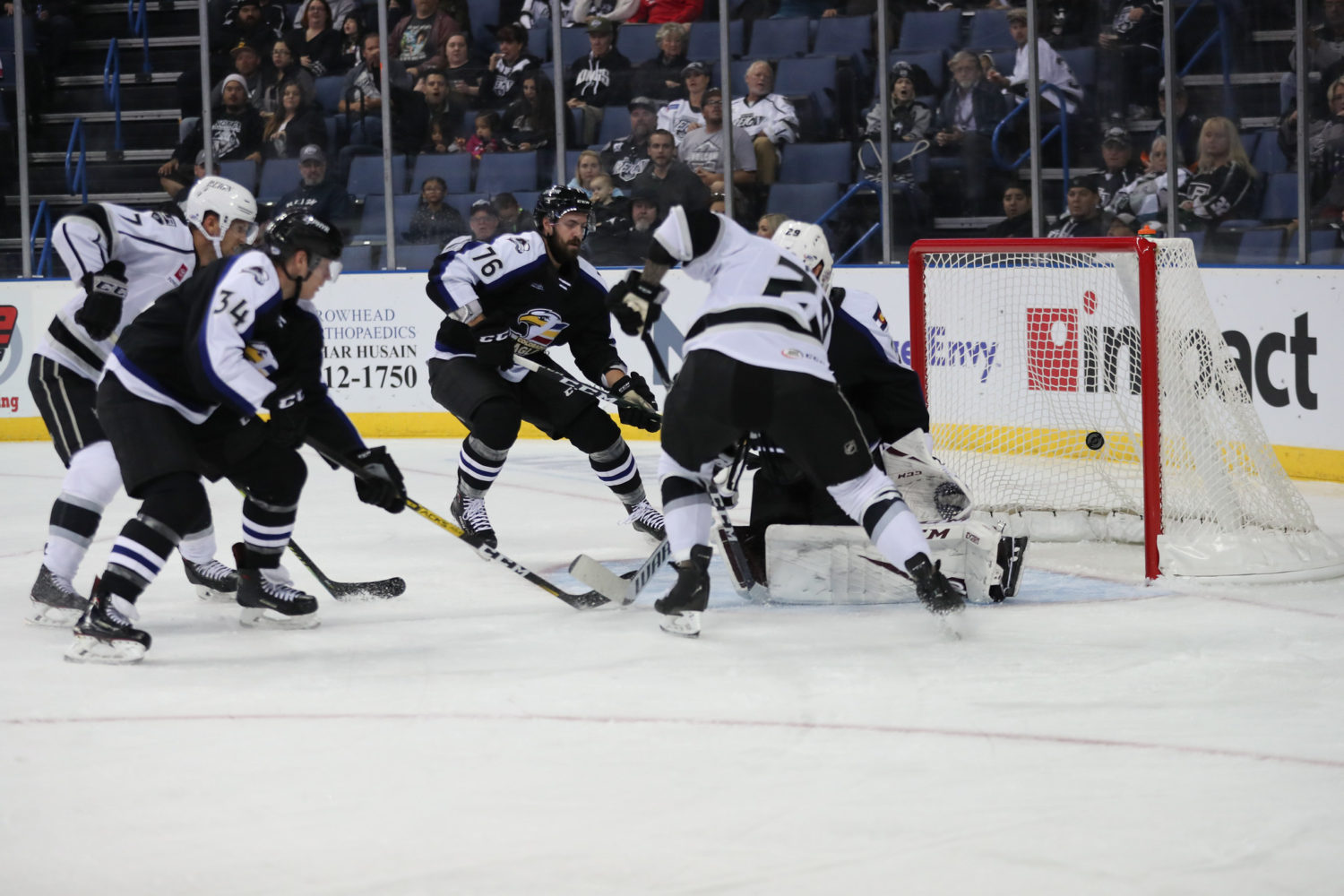 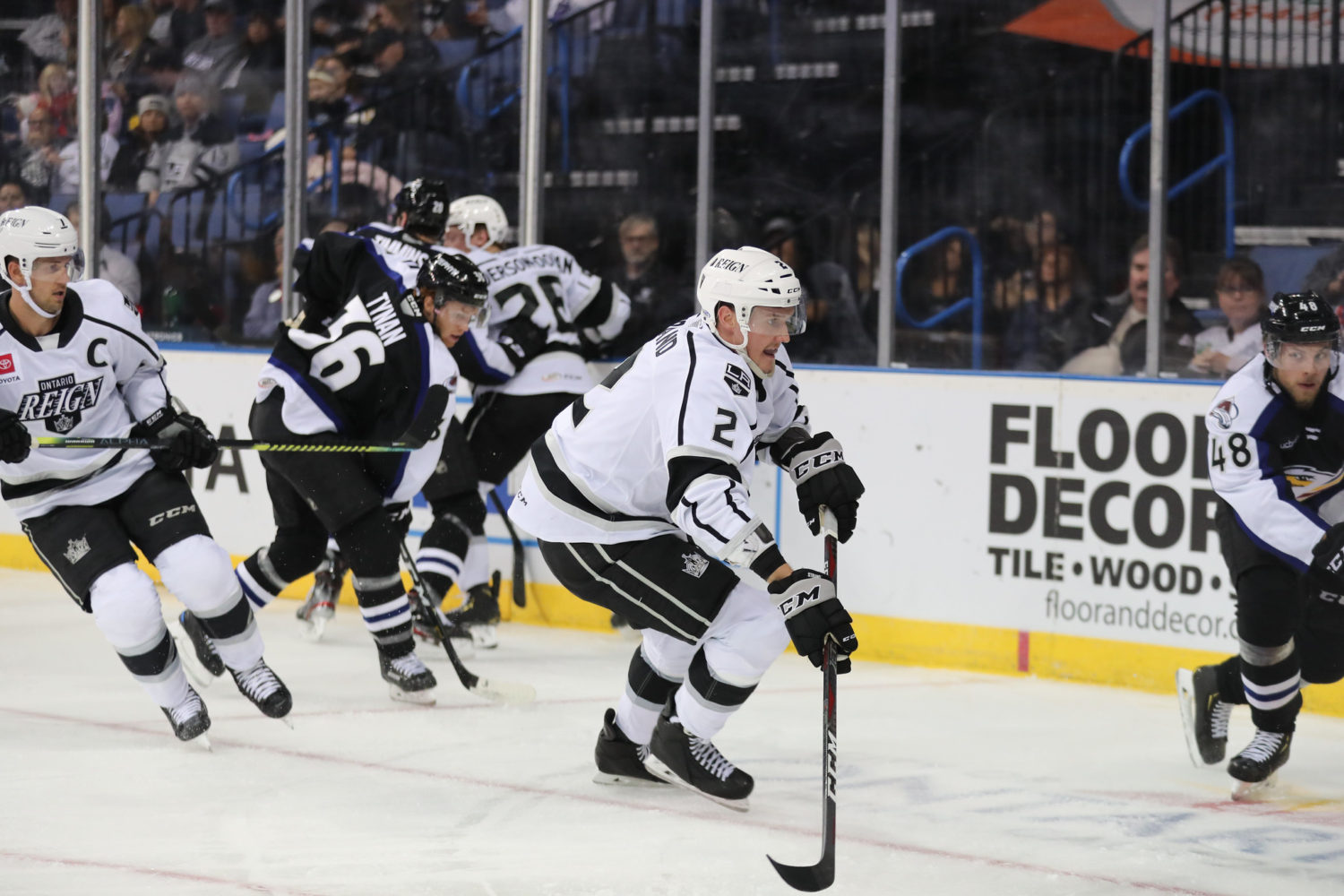 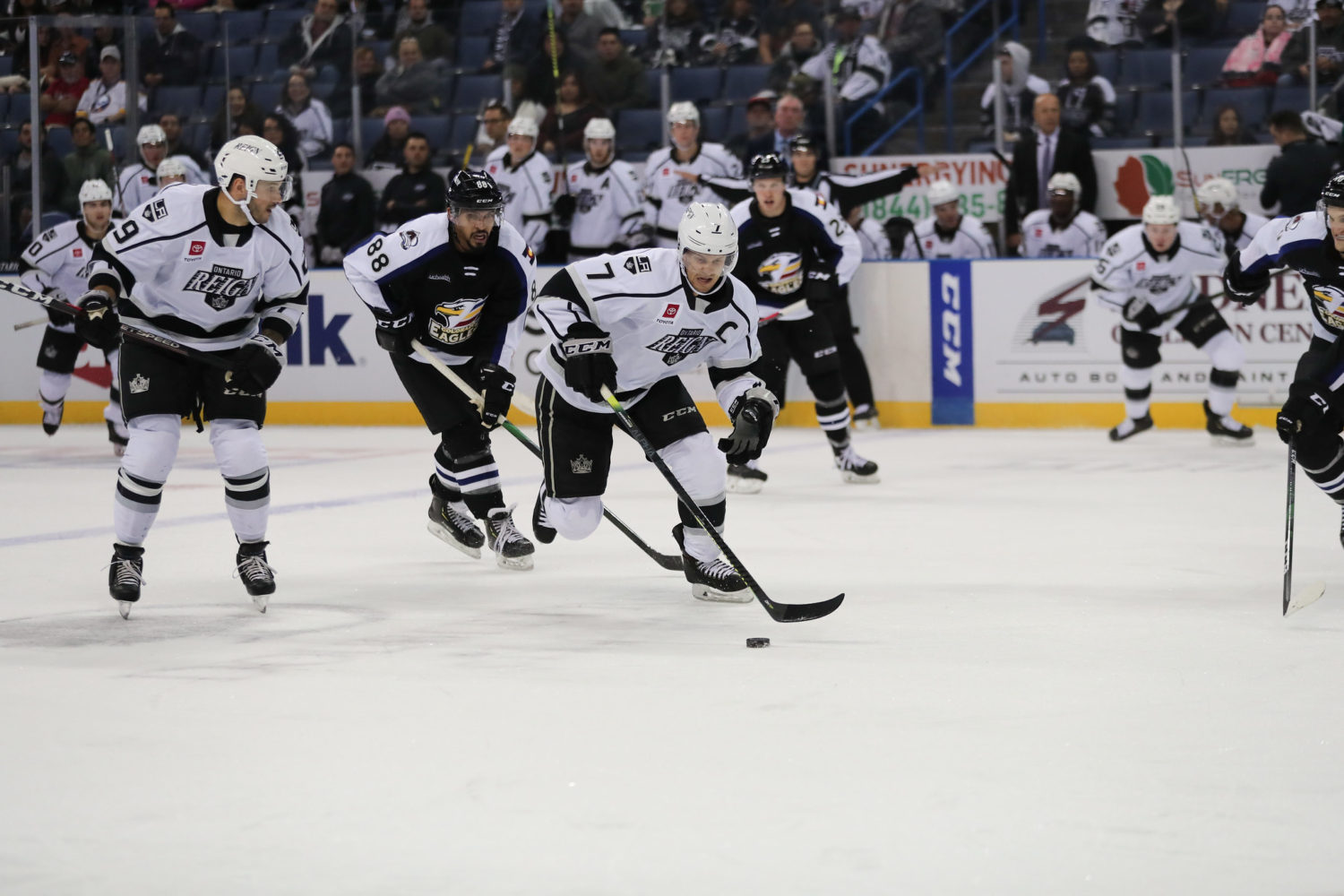