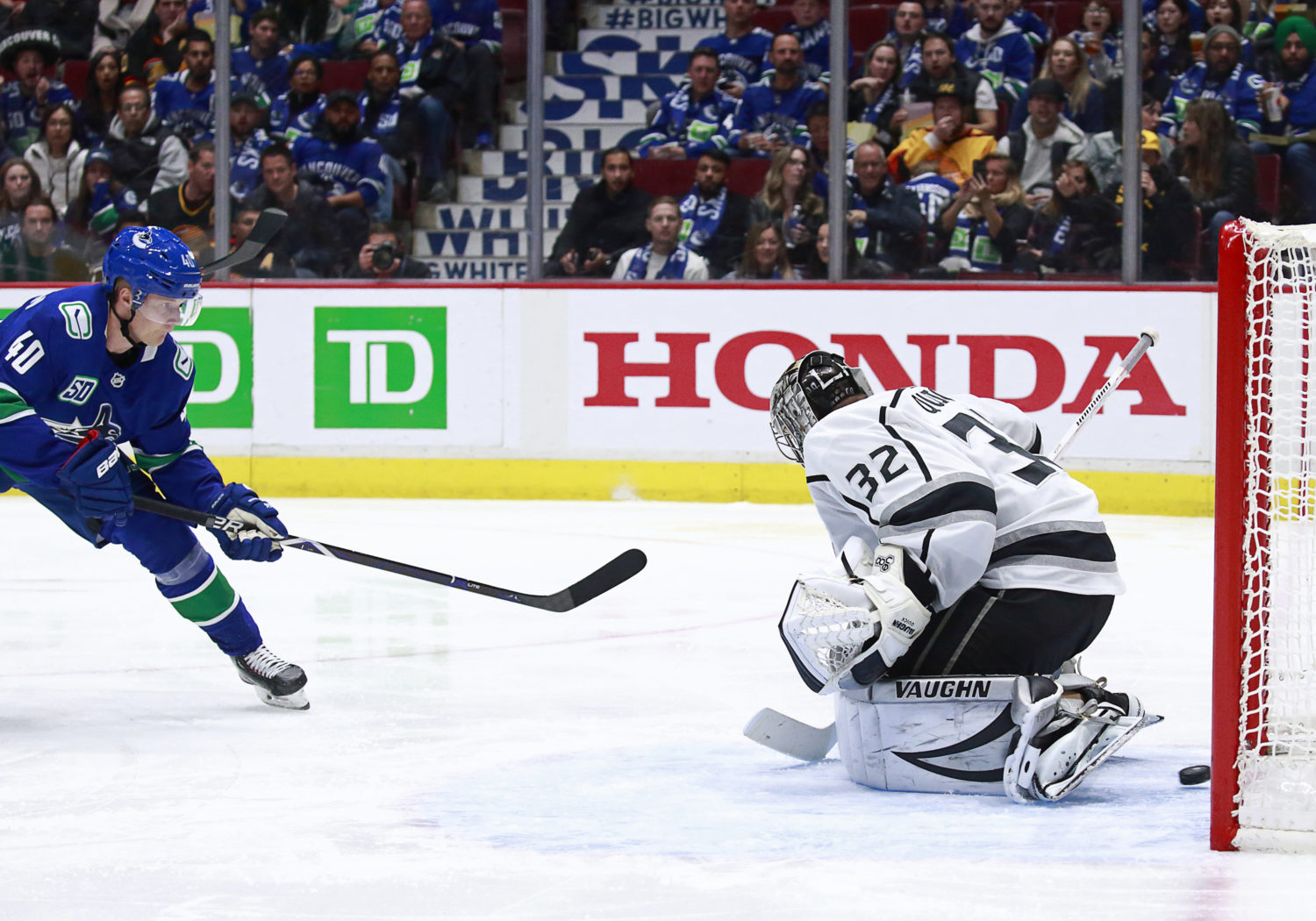 From miles away it was easy to see that the LA Kings would be challenged to avoid an emotional letdown 24 hours after their headline-generating victory over Calgary and in their opponent’s home opener. But there shouldn’t be mercurial drive and attention to detail only three games into the season, and they’ve got to find ways to fight through difficult starts and avoid the structural collapses that defined a third period in which they only trailed by two with 13 minutes to play. The reality and the state of the team is that there will be some real trial by fire in which a handful of players without 100 games of NHL experience have an opportunity to earn real minutes in a variety of situations, not all of which will come with protective kid gloves. Wednesday’s 8-2 loss to Vancouver was on the entire team, all ages, all shapes, all sizes, all positions. Todd McLellan described the Canucks as a “workmanlike” team, especially up front with the likes of Brandon Sutter, Bo Horvat and Jay Beagle. It might be the younger, skilled players drawing much of the deserved recognition, but the types of identity players in the opposing room McLellan referenced had a major impact as J.T. Miller (1-3=4), Tanner Pearson (0-2=2) and Sutter (2-1=3) notched three of their team’s four multi-point efforts largely by winning battles, remaining strong on the puck and driving the net. That was enough for a very good Jacob Markstrom, who kept the Kings off the board during an excellent first period in which he withstood a four-shot power play blitz. McLellan praised the Canucks’ forechecking ability as well, saying “you have to earn two or three and be good defensively,” a blueprint towards victory that eluded the team. 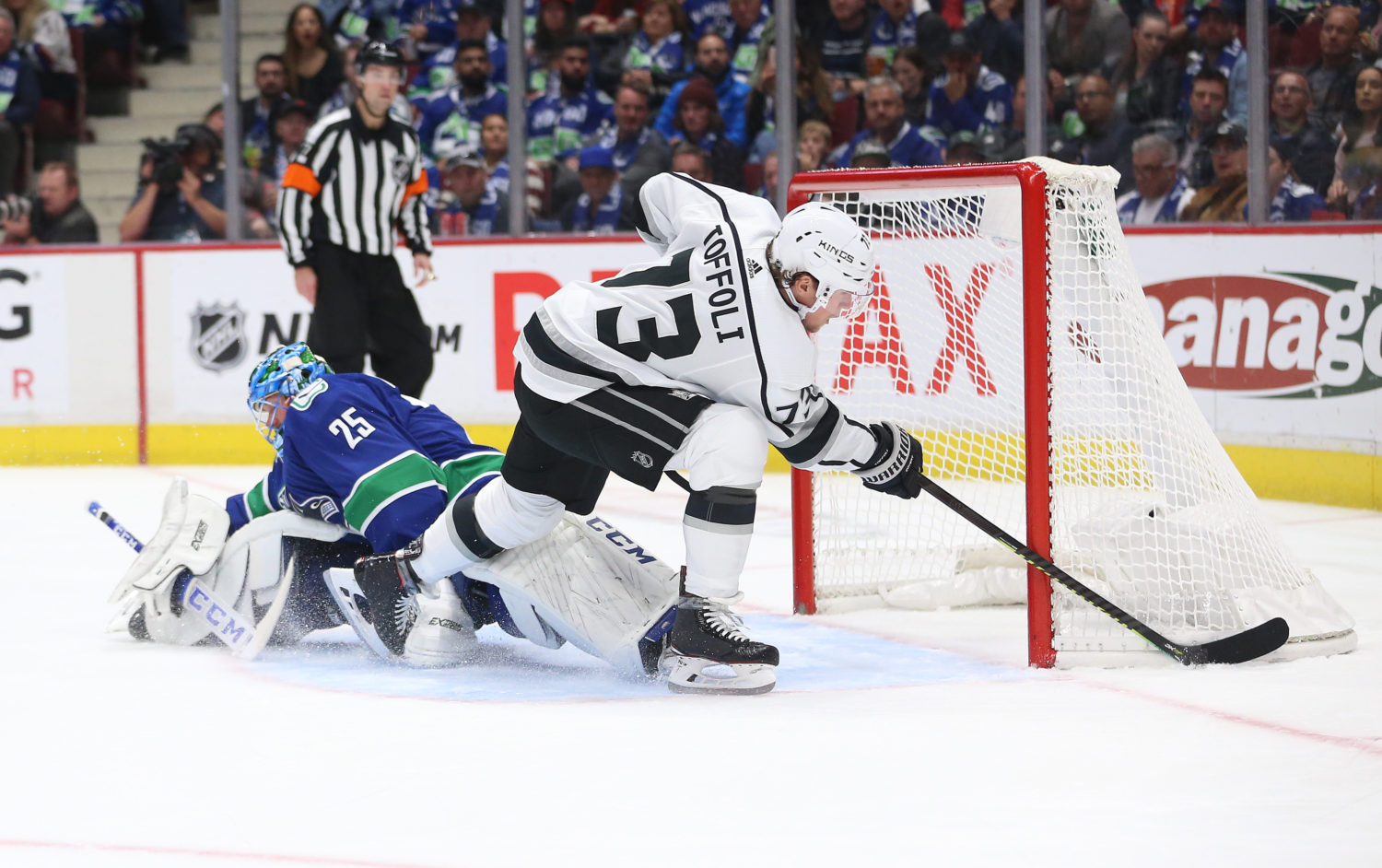 The defense is thin, and from a layman’s goaltending outlook, it seems either that or some other extraneous factor is gnawing at or somehow affecting Jonathan Quick, who wasn’t at all on top of his game as the third period elapsed and fell to 5-12-4 with an .851 save percentage since the game at Carolina last February. There’s another Catch-22 here because Quick has three seasons remaining on his contract after this season with a $5.8-million cap hit (though only a total of $9M actually owed), and the best way for a goalie to recapture his game is to keep getting thrown out there. There’s a stiff challenge ahead, with a weekend back-to-back kicking off a five-game homestand against teams that enter today 12-3-2 on the season. It’s paramount that Quick recaptures a significant semblance of his old form. He looked very good as the preseason progressed, but it’s important in both a short and longer-term outlook that he make strides this month towards reversing his recent run of play. 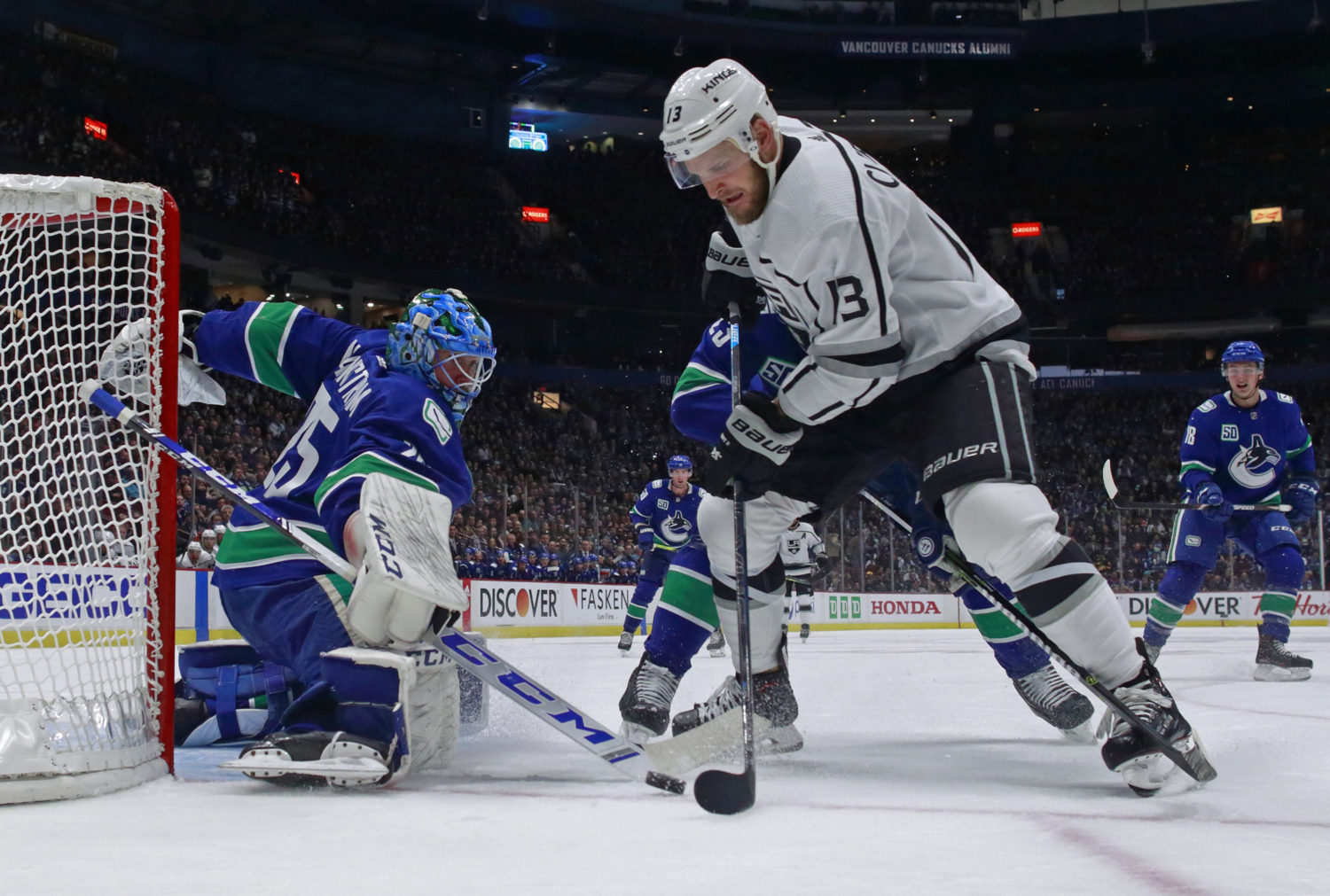 McLellan shared after Tuesday’s game in Calgary that he’d challenged Ilya Kovalchuk, Adrian Kempe and Jeff Carter after the Edmonton game, and when presented with extra ice time against the Flames, “they took advantage of it.” One night later, Kovalchuk was 5/15 (CF/CA), Kempe 5/16 and Carter 5/18 as they all were on the ice for no goals for and three against, including both goals that followed Los Angeles’ markers. On the other side of the coin, and while all players had a hand in the poor performance, a number of familiar faces worked in the offensive zone and created opportunity; the Amadio and Lizotte lines both graded well territorially, with Lizotte showing the ability to carry his energy over in his first NHL back-to-back. The Hutton-Walker pairing might not have been as good as the 5×5 shot attempts indicated (Hutton: 24/10; Walker: 31/10), but Sean Walker scored, took four shots on goal, blocked two shots and was a +2 over 17:57 of a six-goal loss. There’s the sink-or-swim discussion, and of the younger, less-experienced players, he’s shown a good aptitude to raise the level of his game without the puck while also relying on his modern, up-tempo, puck-moving smarts. After a fluky goal in Calgary, he picked a corner in Vancouver and in three games has been on the ice for 43 shots for and only 12 against over 53:01 of five-on-five time. 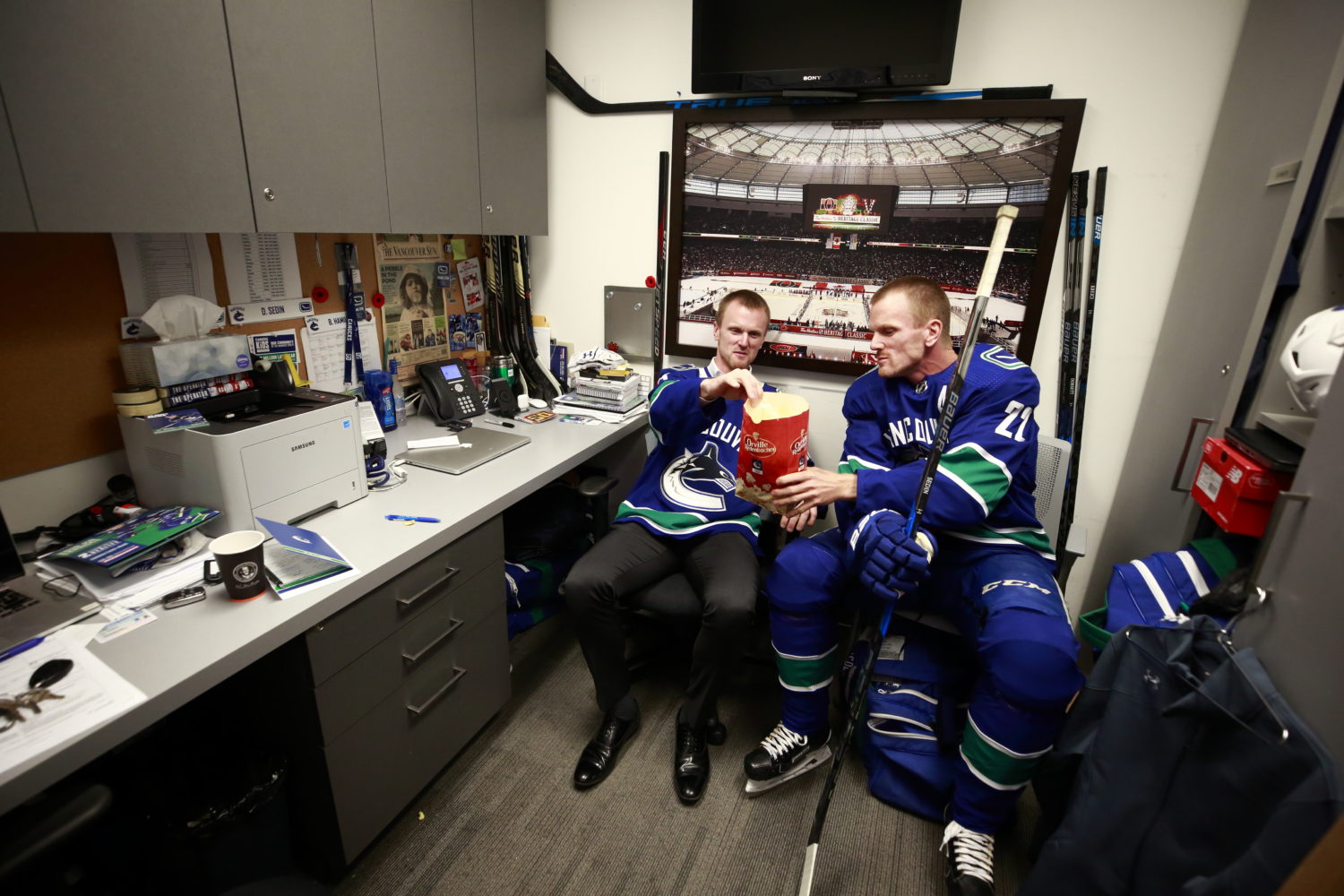