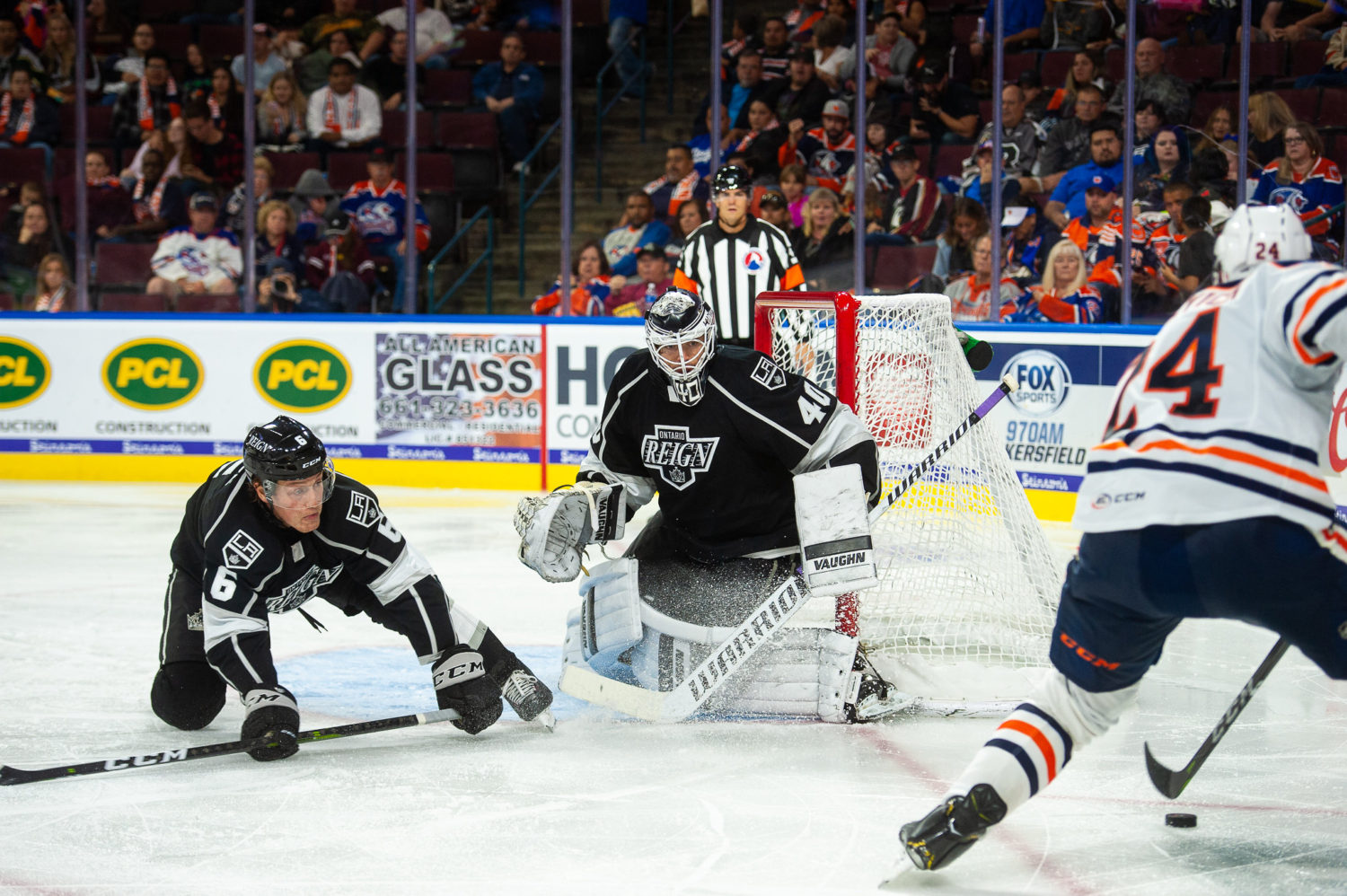 If you watched the Reign this weekend you won’t be surprised to learn that Cal Petersen was named as the CCM/AHL Player of the Week in the opening week of AHL action.

Petersen started and went the distance in both Reign wins over the weekend, as he stopped 83-of-85 shots en route to posting a 2-0-0 record, a 0.96 goals against average, a .976 save percentage and a shutout.

The weekend started with a 41-save blanking of the San Jose Barracuda as Petersen stopped everything thrown his way, including a barrage of 21 shots during the second period alone. The shutout streak extended more than two periods into Saturday’s win over Bakersfield, as Petersen allowed his first goal of the 2019-20 season, 103:45 into the campaign. Petersen made 42 saves in total on Saturday evening, as the Reign skated past Bakersfield, 3-2 in overtime.

Ontario Reign Head Coach Mike Stothers has talked about Petersen’s play, positively, nearly to exhaust over the past 70 games. On Saturday, he seemed to have run out of ways to say that Cal Petersen is very good.

“I mean, I don’t know what more superlatives you can say about him. He just stands tall, he covers up for some mistakes. He makes the routine saves and then he makes the difficult saves actually look routine too. Real good.”

Petersen and the Reign are back on the ice this morning for practice in El Segundo. Ontario has two games this week, both at home – Friday against Colorado and Saturday against Tucson.

From the AHL’s official release –

SPRINGFIELD, Mass. … The American Hockey League announced today that Ontario Reign goaltender Cal Petersen has been selected as the CCM/AHL Player of the Week for the period ending October 6, 2019.

Petersen, who faced a league-high 38.8 shots per 60 minutes last season, began the year with a 41-save shutout of San Jose on Friday night, backstopping the Reign to a 5-0 victory over the Barracuda. Then on Saturday, Petersen carried a shutout bid into the third period and finished with 42 stops as Ontario earned a 3-2 overtime win at Bakersfield.

Petersen enters his third pro season after making his NHL debut with Los Angeles in 2018-19, posting a record of 5-4-1 with a 2.61 goals-against average and a .924 save percentage in 11 appearances with the Kings. The native of Waterloo, Iowa, is 38-33-5 with a 3.20 GAA, a .905 save percentage and five shutouts in 81 career AHL games with Ontario, and was an AHL All-Star as a rookie in 2018. Petersen was originally selected by Buffalo in the fifth round of the 2013 NHL Draft.

In recognition of being named the CCM/AHL Player of the Week, Petersen will be presented with an etched crystal award prior to an upcoming Reign home game. 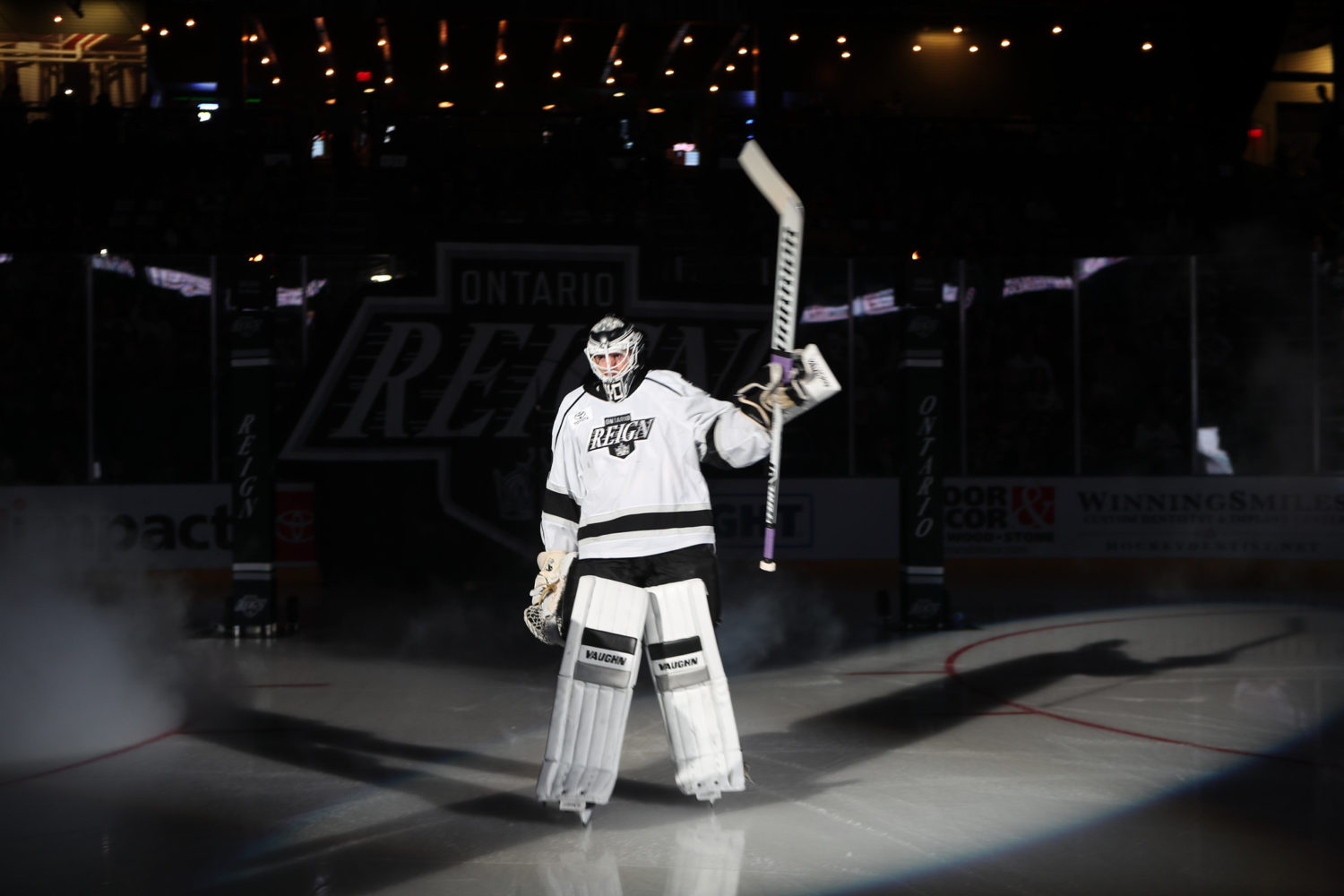