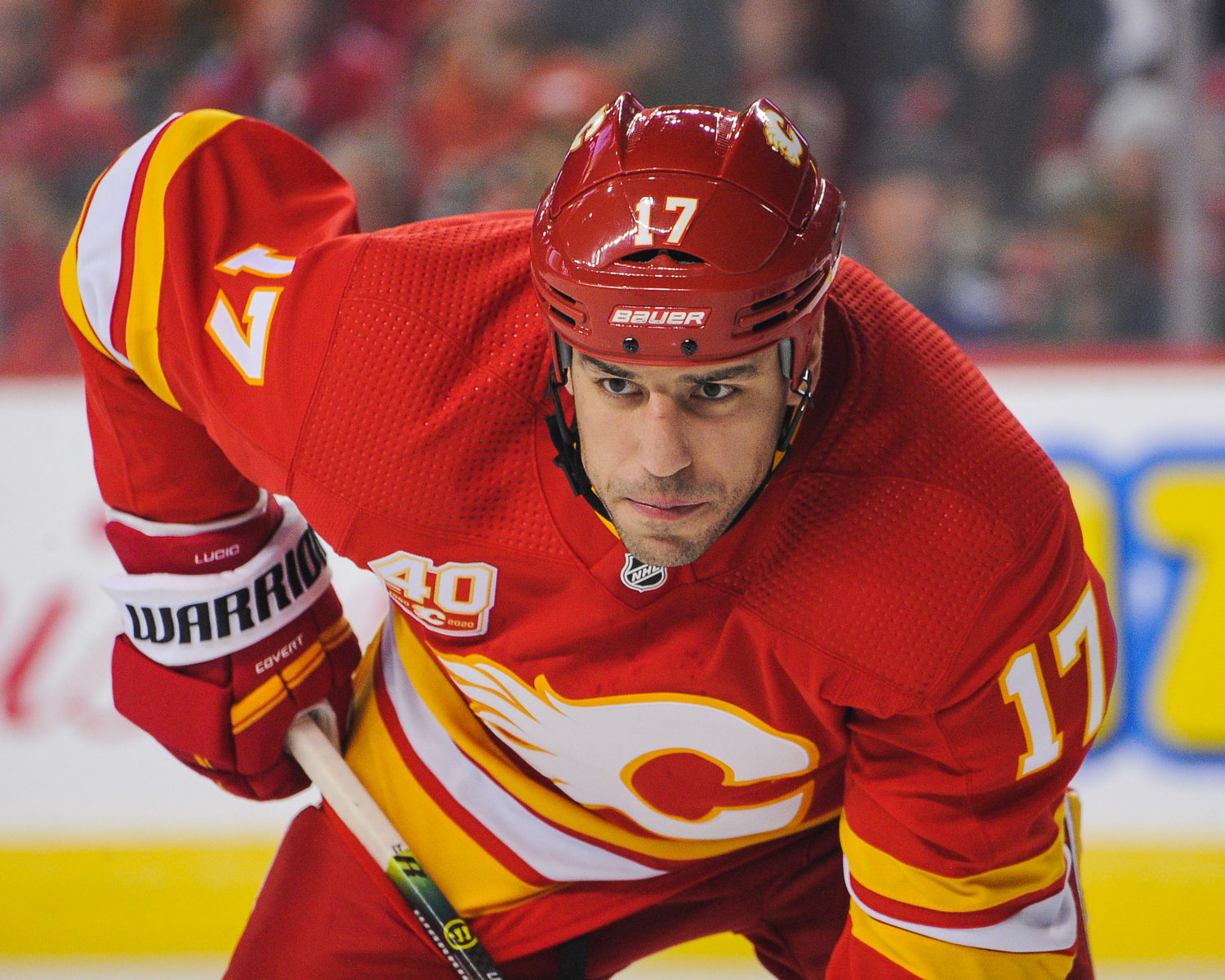 So, there’s a new, added element to the Kings rivalry with the Flames, or Drew Doughty’s rivalry with Matthew Tkachuk, or however we’re previewing Tuesday’s game: Milan Lucic.

Editorially speaking, many who covered Lucic and worked with him in Los Angeles speak enthusiastically of his character. He became close with his teammates during his brief time in the South Bay, where he still resides in the offseason, and built relationships with team staff, reporters and broadcasters. But the Kings didn’t offer him a competitive contract and he signed in Edmonton, where he played for Todd McLellan for as long as McLellan coached the Oilers. It’s another storyline in a season-opening trip full of them.

“I think it’s great for Looch because he’s got a nice, fresh start. I watched him play the first two games, he had an impact on the game,” McLellan said. “Looch is an outstanding individual. You guys know that when you’re around him in the locker room, how he can carry a conversation, the passion he has for the game. He understands the history. Great memory for what’s happened in games. They’re lucky to have him in the locker room, and I know that he’ll have appositive impact on the Flames tonight and tomorrow, but down the road as well.”

There are a number of ways we could go with this story. One that’s probably a bit underserved that we’ll get out of the way is his knowledge of the league and his attention to current and historic league events, as McLellan mentioned. And not that Drew Doughty versus Matthew Tkachuk represents some epochal battle in league history, but Lucic is a player who didn’t just keep informed of Kings-Flames goings-on, he watched many of their exctracurriculars unfold in real time and followed their aftermath in the media.

“Being in Edmonton the last three years, you catch yourself watching the Flames a lot because they’re playing on the nights you weren’t. I was watching the game and the aftermath of it and the game after they played each other and the feud the two have had over the last whatever-its-been, two years, three years,” he said. “It’s one of those things where it matches up kind of nicely for two guys going at it with a right D and a left-winger and all that type of stuff. I love Drew Doughty and he knows how much I like him, but now I’m on Tkachuk’s side and I have to obviously stand up for Chucky if anything happens tomorrow night.” 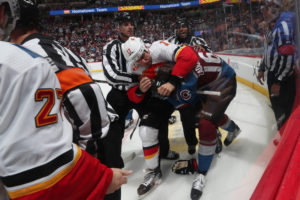 And that’s kind of the issue. Lucic has played for a divisional rival, but he didn’t play for the Flames, with whom the Kings have constructed a festering rivalry despite the absence of any playoff meetings since 1993. In regards to team construction, the Lucic trade left a debilitating legacy of lost and scattered assets, but in regards to Lucic, the teammate and Lucic, the human being, he remains close with his ex-teammates.

Off-ice, that shouldn’t change. On-ice, if there’s any chest-bump with Alec Martinez, it’s probably not a reenactment. Perhaps even with his old, one-time mates he can develop a “good hate,” the branding he used to describe an on-ice rivalry with Mike Komisarek.

“It wasn’t that I hated him personally, I just hated him when we played against each other, and it was obviously things that he did and things that I did that started that up,” Lucic said. “And that’s where I say it’s a ‘good hate’ in a sense because we’re not out here playing flag football. We’re out here playing a physical sport, and fans pay to see the physicality of it because they love to see the speed, they love to see the hits and they love to see guys getting into each other’s faces. Most players like getting into it as well. Hopefully it continues to be a good part of our game.”

He’s NHL’s clubhouse leader with 21 penalty minutes thus far, but beyond his imposing physicality, Lucic is looking to re-establish himself as a player who plays a firm hand in helping his team win hockey games. His points have decreased each year since his 55 with L.A. in 2015-16, and in 79 games last year he recorded only 20. On Monday, he skated to the left of Derek Ryan and Andrew Mangiapane on Calgary’s third line and was on the second power play unit, per Pat Steinberg of Sportsnet 960.

He knows the type of game to expect on Tuesday, and he knows how the messages will be delivered.

“Obviously, they had a good game last game. Kind of a heart-breaker there losing with, what was it, six minutes left in Edmonton,” he said. “I’m sure [Todd] really would’ve liked to have won that one. They’re starting on a road trip here, and I think it’s the same message for all coaches. You know there’s 80 games left for us and 81 games left for them. You don’t want to get yourself behind the eight ball too much right off the get-go, so they’re going to be hungry to get their first win. You know that’s the message he’s going to bring to that team over there.”

Lucic, on whether it will be difficult to be in heated situations against the Kings:
It’s always good that I had such good relationships with people in LA, especially that I was only there for one year. It was a great year for me personally, and I’m still in touch with a lot of people within that organization. But I’ve always said, once you hit the ice and the puck drops, you forget about those personal relationships and you play to win. So that’s the mindset as far as that goes when the game starts. 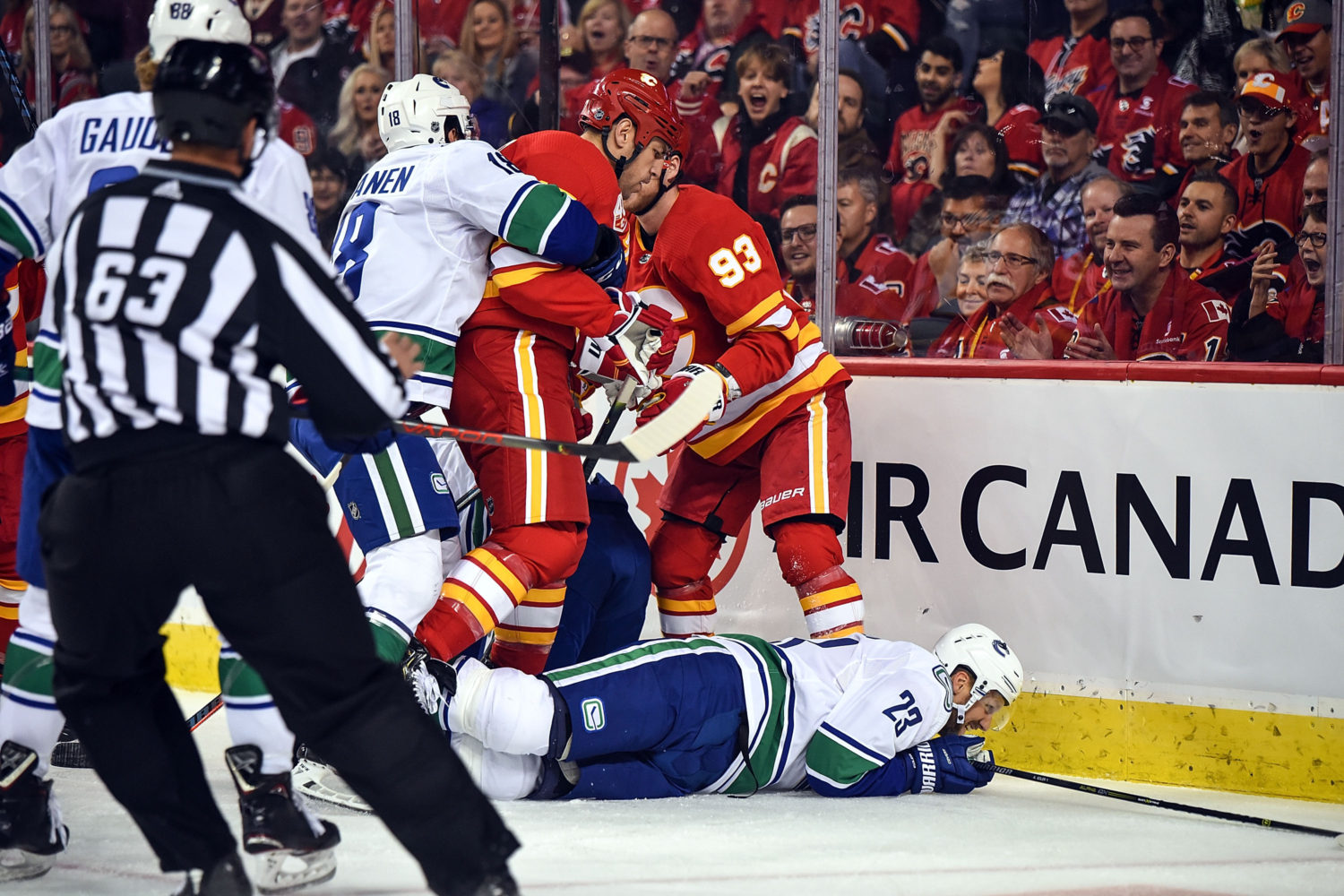