— The vitals: Jonathan Quick left the ice first, as expected, and will draw the start in net. He’s 22-7-5 in his career against Edmonton with a 1.96 goals-against average, .927 save percentage and three shutouts. Joakim Ryan, Kurtis MacDermid and Carl Grundstrom remained on the ice for extra work and are not expected to play tonight.

— Their vitals: Mike Smith will start in net, as confirmed by Dave Tippett. There’s a flu bug going through the Oilers’ room, so forwards Alex Chiasson and Josh Archibald aren’t expected to play tonight. Line rushes, via EdmontonOilers.com, depicted a group of Draisaitl-McDavid-Kassian, Nygard-Nugent-Hopkins-Neal, Khaira-Cave-P.Russell and Granlund-Haas-Jurco up front with defensive pairings of Klefbom-Persson, Nurse-Bear and K.Russell-Benning. Adam Larsson was placed on LTIR, so the defense will rely on Ethan Bear (19 career games) and Joel Persson (NHL debut) in the top-four. Losing a shutdown defender like Larsson in the first game is among the worst possible realistic outcomes for the Oilers, who ranked second-to-last in the Western Conference with 274 goals-against last season.

So, one would assume that Connor McDavid and Leon Draisaitl playing on the same line in a game in which the Oilers have last change would present a challenge few teams in the league could match. As their former coach, did Todd McLellan give much thought to coaching against a McDavid-Draisaitl duo versus the two dynamos playing center on separate lines? “Yeah, I hope they’re apart,” McLellan said.

— Of the 12 defensemen playing in this game tonight, only Drew Doughty (852 career games), Kris Russell (792), Alec Martinez (556) and Oscar Klefbom (317) have appeared in more than 300 NHL games. Early-season games have a propensity to become special-teams heavy and aren’t necessarily executed with the precision of a BMW assembly line, so there are some natural forces working against their first structural test. “Try to play good structure, good defensively. We don’t want to get into a run-and-gun match with these guys, they’ll beat us if we do that,” Doughty said.

“I was joking, there’s nothing like playing the best player in the world in your first NHL game,” Doughty said before offering a correction. “Or, one of the best players in the world. We were just joking about that. I just told him to relax, play his game. He doesn’t have much of a heartbeat, so he’ll be just fine.”

Bjornfot has five games of experience in this building, having earned a silver medal with the Sweden team that traveled to Edmonton for the 2018 Hlinka-Gretzky Cup. Less than a year later, and with an encroaching NHL Draft, Bjornfot captained the Sweden U-18 team that defeated Canada in the semifinals before claiming gold on home ice with an overtime win over Russia.

McLellan acknowledged there would be a chance Bjornfot would factor into penalty killing time tonight. “Very solid player, positionally strong, not intimidated by the NHL or its presence, and I mean that media-wise, coach-wise, player-wise,” he said. “Has a lot still to learn. I think it’ll be a lot like a pitcher going through the major leagues the first time. You better learn quick at what the batters are doing. But we’re prepared to give him that opportunity, and that’s where we are as an organization. We need to let some young players experience growth and some old players to recover.”

Bjornfot hasn’t allowed any nerves to get his the best of him and shared that he slept “like a baby” the night before his debut. But, still, isn’t there the realization that he’s likely to line up for the national anthem on the opposite blue line from Connor McDavid, potentially the best player in the league?

“It’s special, but I play with one of the best defensemen in the league,” he said. “It’s going to be fun out there tonight.”

— Doughty was asked whether the Kings have any sort of post-win, player-of-the-game traditions in line with the Rangers’ Broadway Hat or the Flames’ firefighters helmet. “No, we don’t do any of that cr-,” he said, before switching his word choice to something more diplomatic – “stuff.”

The team has a song they play in their room after wins, but there’s no tangible party favor that goes to their top player. Should they win tonight, according to Doughty, they’ll be completely fine with the satisfaction of winning their first game under their new coach – in his old building.

“Win this one for him,” Doughty said. “We want to win it for the organization and ourselves, obviously, but we put extra emphasis on it for him.”

But Doughty spoke in glowingly positive terms about his experience with McLellan, who appreciated the support but wanted to hold off on an assessment before the Kings actually put pen to paper. “We haven’t taken a test yet,” he said.

“I don’t think they’ve seen many bad days yet, though, so we’ll see what he’s saying when it’s kind of ugly, but right now, the veterans have been very good throughout training camp, and obviously Drew’s in that group. They’re willing to put themselves out there and look for change, whether it’s systematically, the way we want to play, terminology, stuff we use, they’ve almost become mechanical at some points and not natural, and that worries me a little bit. But to have a defenseman on your team of that caliber and that stature in your locker room be comfortable at this point is great, but again, we haven’t played, and I’m going to poke and push him all the time, so there are going to be some days where maybe he’s not so happy with the coach. But it’s good to have that relationship early.”

McLellan downplayed the any sort of personal gratification a win in tonight’s game would mean, eschewing that story line for one in which his team finally gets to be evaluated in an actual NHL game.

“I want them to win for themselves. There’s always some extra motivation in a game, whether it’s a player going back to their home town, something’s going on somewhere in the league that motivates the group. If I’m the guy tonight, then great, but ultimately, we’re trying to turn the team over to the group, letting them make some decisions on how they want to look, how they want to play. If they throw a good game out there tonight, I don’t know what the score will be at the end of the night, but if we play well and we see structure and we see attempts to execute the right way, we’ll be pleased and we’ll go to Calgary and practice tomorrow and get better.”

Edmonton is not a glamorous locale as one of the NHL’s smallest markets and its most northerly. But there’s an endearing and honest local intensity only matched in the most passionate hockey markets, so it wasn’t a surprise to hear McLellan, like so many alumni, speak nostalgically about playing in Oil Country and for one of the league’s most hockey-smart fanbases.

“I got a good taste of it again yesterday,” he said. “When we flew in, just walking around town and going to have dinner downtown, the friendliness and the openness of the fans here is really incredible, and I knew that when I was here and now I know it after I’m gone.” 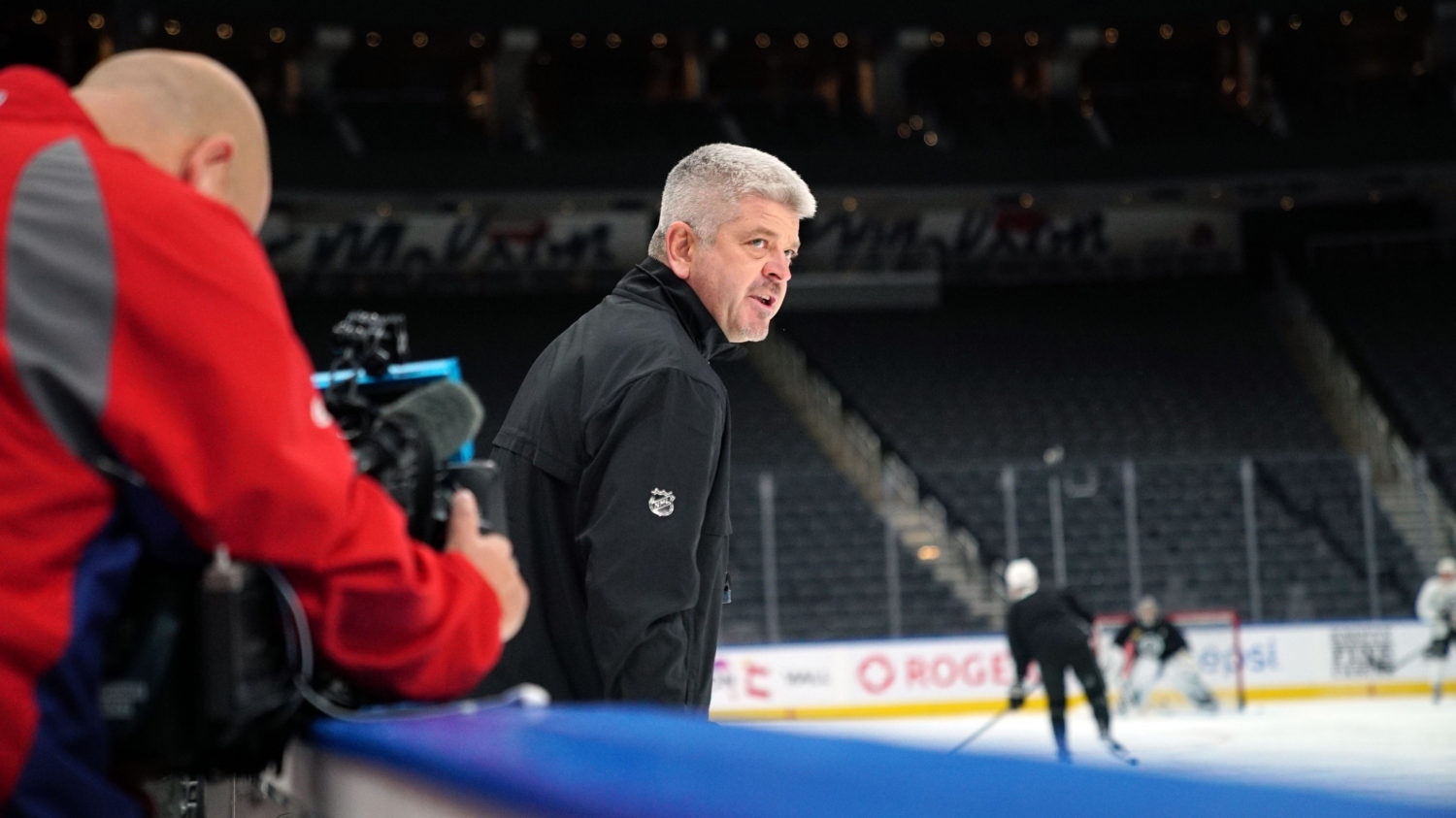