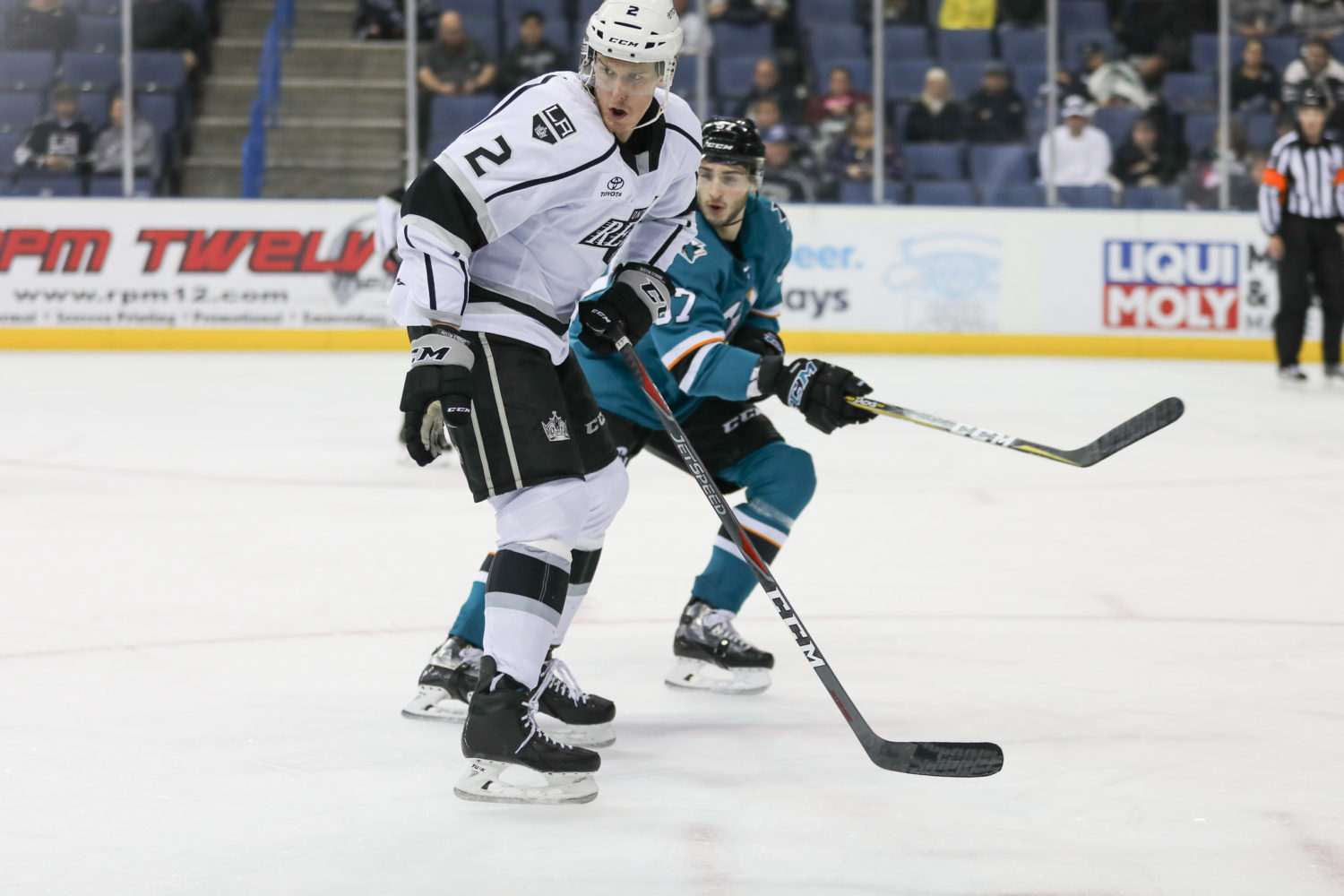 WHAT TO WATCH FOR: The regular season is here! Ontario kicks things off with a back-to-back set this weekend, beginning tonight against San Jose and continuing tomorrow evening in Bakersfield against the Condors. The Reign went 3-5-0 against San Jose a season ago, but finished the season with wins from three of the final four games played. Expect a possible 11-7 (Forwards-Defensemen) look for the Reign tonight – forwards Johan Sodergran, Jacob Doty and Brad Morrison, along with defensemen Markus Phillips and Chaz Reddekopp were on late for Ontario.

HOME SWEET HOME: The Ontario Reign will begin a season on home ice for the first time in AHL franchise history, as they host the Barracuda this evening. The Reign opened last season in San Jose and dropped a 4-1 final. Ontario has also begun AHL campaigns in San Antonio, San Diego and Bakersfield. Dating back to the franchise’s ECHL days, the Reign last opened a season at home in 2013, when they hosted the Condors.

KALE GREENS: Kale Clague led all defensemen on both teams in last season’s series with three goals. Clague totaled six points (3-3-6) from seven games played against San Jose a season ago, which ranked tied for second amongst all Reign skaters. Clague’s six points were his highest total against any opponent last season and the Alberta native finished the season with points in three straight games against the Barracuda.

PRESEASON STATS: The Reign were led by Bouma and defenseman Sean Durzi (1-1-2) in preseason scoring with two points apiece. In addition to Bouma and Durzi, forwards Matt Luff, Jaret Anderson-Dolan and Sheldon Rempal, in addition to defenseman Olivier Galipeau, now of the Fort Wayne Komets, also scored. Goaltender Cal Petersen led the Reign with a victory, a 2.00 goals against average and a .920 save percentage.

SCOUTING THE BARRACUDA: San Jose concluded the preseason with a 2-0 record, after a pair of wins over the Colorado Eagles. Forward Noah Gregor led the Barracuda in scoring with three points (2-1-3), while forward Maxim Letunov also scored two goals. Goaltenders Josef Korenar and Andrew Shortridge each posted 1-0 records, with Shortridge posting a 24-save shutout in a 3-0 win over Colorado on Friday.