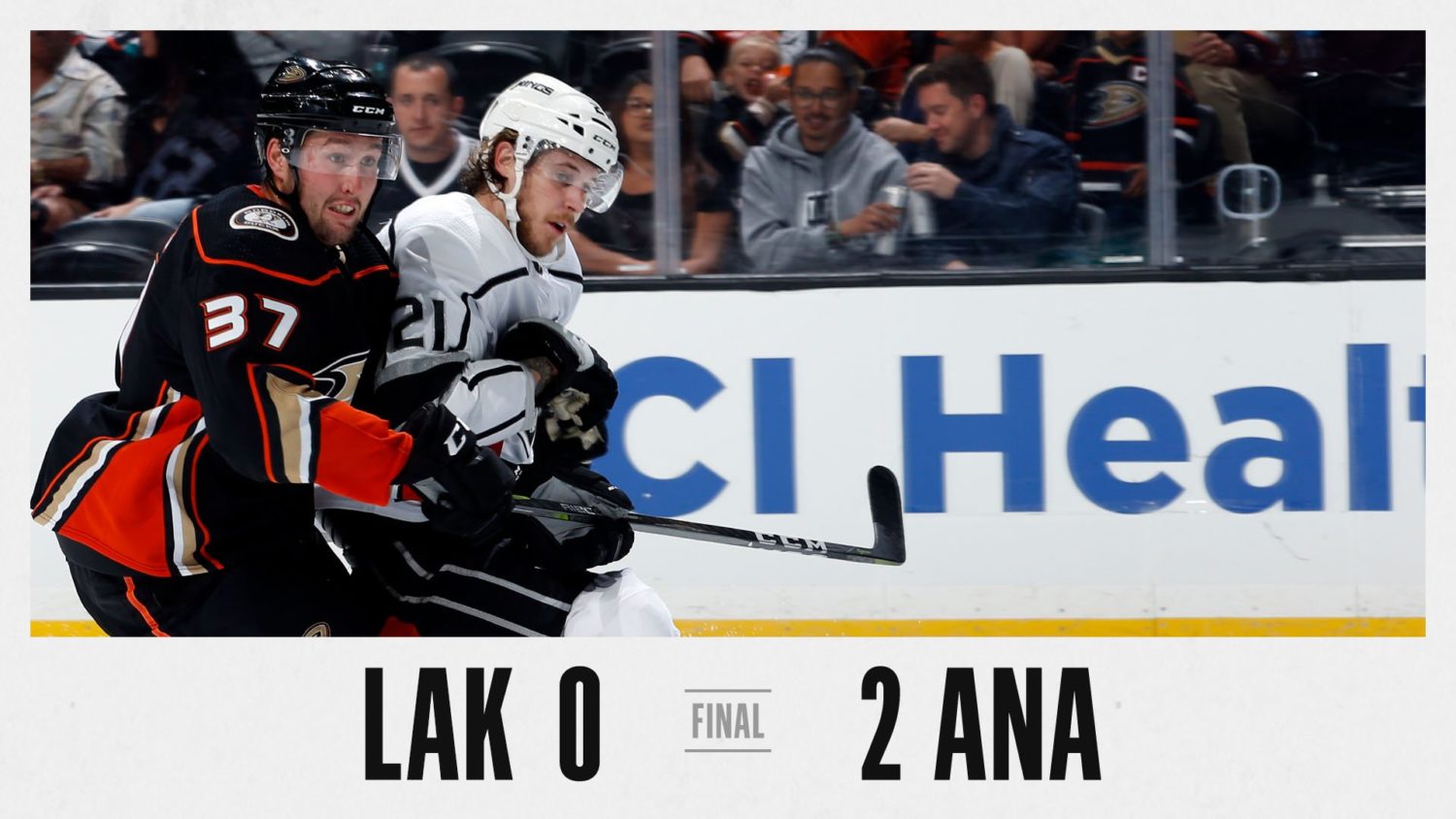 Todd McLellan, on what he took from tonight’s game in his evaluations:
I think we have to take the whole body of work into it. But this game was a good telltale sign. I thought they had the two lines in comparison, and we chose to go that route, so we’ve got nothing to complain about. But they’ve got an NHL lineup for the most part, and we wanted to see our guys against that. We didn’t have a lot of pushback in the first. Didn’t play with any type of authority in any of the areas of the rink, and I thought it got better as the night went on. But as far as evaluating individuals, we just spent 15 minutes reviewing the game real quick without re-watching it, and a lot of times the initial impressions are good ones, but you still need to rewatch to really see it.

McLellan, on Nikolai Prokhorkin’s preseason body of work:
I think we have a talented player, a player that possesses some skill. I believe he can finish. I haven’t seen it yet, but I believe that he can find a way to finish. It’s getting up to the pace. He’s playing on a smaller ice surface, things are happening a little bit quicker. I think at times we have him thinking when he should just be playing, and as a result you sometimes look slow. I’m not sure that he’s slow, I think that he’s just thinking it and he’s a little hesitant right now.

McLellan, on Ilya Kovalchuk’s preseason body of work:
Real good spurts and then some structure things that we have to work on, but we’ll continue to work with him. You can see the talent, the creativity at times, but then there are other times when we need to be really structured and doing things right because we’re relying on five pieces working together. So that’s where we’re at with Kovy right now.

McLellan, on whether that was similar to Kovalchuk’s challenges in 2018-19:
Could be, I don’t know. I’m going to find out on my own this year. I can listen to people. You can see some real good things and you can see some things you’d like to work on. I’m going to give him a chance to work on those things and we’ll try and help him. If he can and he can be effective on the power play and provide us with some offense, I think this team needs that, but not at the expense of giving up two or three a night. I’m not accusing him of that by any means. But- [Reporter: Just the general concept.] General concept, yep.

McLellan, on Jaret Anderson-Dolan:
With some of these kids, they’ve had tremendous camps. We’re going to have to spend some time over the next 48 hours to discuss where they fit. We have to – and I’ve used this term before – we have to be ready for the player as well, and within those decisions, there’s cap issues, there’s roster spots, there’s playing time, there’s waivers, there’s asset management, there is ice time. I think a guy like Anderson-Dolan is better at playing center, I really do. Not that he can’t play wing, but I’d like to see him play center a little bit more. Are we ready for him in the center ice position? Does he need a little bit of time playing on maybe the top or the second line in the American League for a while? I don’t know the answer to that, but he’s making our decisions difficult where others have made it easy.

McLellan, on when the next round of cuts will take place:
That could come as early as tomorrow. Certainly by … Saturday we hope to be down to a good, workable number. I haven’t gotten an update on bumps, bruises or anything like that. The American League team plays tomorrow at 10am, I think, so nobody from here is going to be going and playing in that game, so we don’t have to hurry any decisions. We get to sit as a staff tomorrow and make decisions.

McLellan, on whether he has an update on Derek Forbort:
Yes. He’s in my mind not close to playing yet. It’s going to be a while.

Jaret Anderson-Dolan, on whether he was encouraged by any structural improvements:
Honestly, I don’t think so. I think today was probably one of the not-as-good structural games we’ve played. We really wanted to focus on our neutral zone. I think we got too much into that. I think we were in our neutral zone coverage at times when we didn’t need to, and that puts us back on our heels and allows them to come with a lot of speed, so, no, I don’t think that was our best game structurally.

Anderson-Dolan, on what improved as the game progressed:
We just turned on the engine. I think we came out flat-footed. They were all over us. Obviously that quick goal kind of put us on our heels and they were all over us in the first, but I think we responded well, and that just comes with being simple and turning it on. We didn’t come ready to play from the first and that put us on our heels, like I said, but if we came out the way we did in the second and third, I think it’s a different game there.

Anderson-Dolan, on his own preseason body of work:
I think it’s been a little bit up and down. Obviously the one good game in Salt Lake offensively, but other than that, I think I’ve been OK. Not exactly where I want to be, but I’m just trying to play my game within the structure, and there’s one more preseason game to show that.