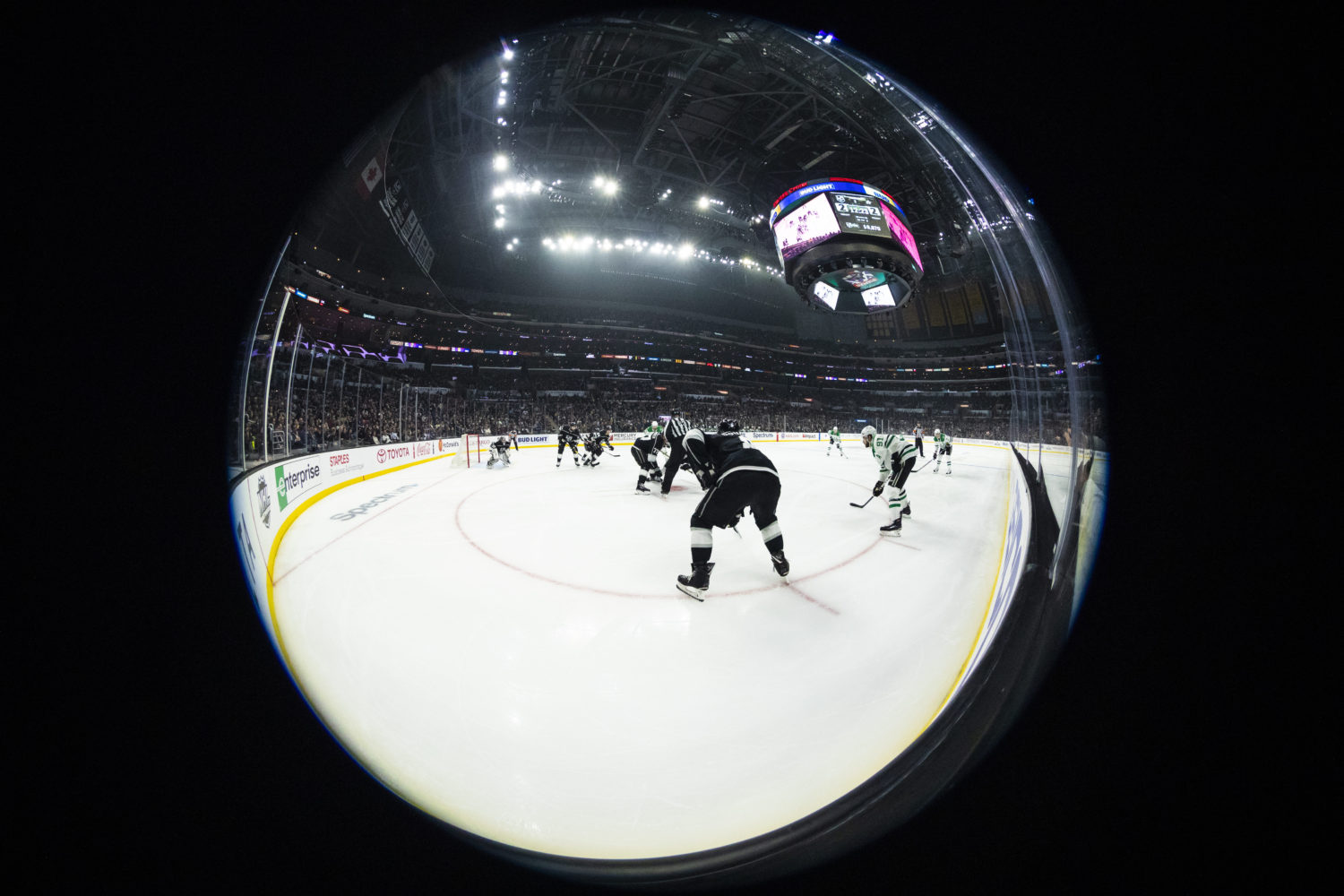 INSIDERS. A fine morning to you from the skies above… the Midwest. I won’t be Utah-bound Saturday; rather, if you’re interested in to-the-minute updates, make sure you’re following @ReignInsider Zach Dooley, who’ll accompany the team to Salt Lake City for tomorrow’s preseason game against the Vancouver Canucks (6:00 p.m. / Prime Ticket / FOX Sports App / LA Kings Audio Network). This is the first official LA Kings team broadcast – LA Kings live begins at 5:30 p.m. PT.)

Something that we’ll continue to monitor over the coming weeks: the NHL waiver wire opened Friday, and the Kings, with the second waiver priority, may have the opportunity to claim a player who wouldn’t otherwise be available with a more rapidly expanding salary cap and a healthier middle class. From Elliotte Friedman in his 31 Thoughts column:

Just some teams to keep an eye on, nothing more, but click on each team’s links to learn more about Vancouver, Carolina and Calgary roster structures and organizational depth. The Hurricanes appear to have the biggest logjam on the blue line, though barring movement it would appear that Vancouver is still sorting out its back end as well, and a player like Oscar Fantenberg, as one example, will still have to make the team and would be placed on waivers if he is unable to do so.

Keep an eye on these teams’ trades, roster moves and injuries, as they’ll have an impact on the waiver wire. Los Angeles’ second priority expires on October 31, at which point priority for the following day’s claim will be based on 2019-20 season standings.

Los Angeles still has to have room to fit those players into their organization. As of right now, they have the maximum 50 contracts allotted, though space would open up should the likes of Tobias Bjornfot, Samuel Fagemo and Akil Thomas be assigned or loaned to their respective club teams. No assignments have yet been made, so as of this moment there isn’t any room on the roster to claim a player, even though they have the cap space.

Obviously, this could also affect the Kings from the other direction. Michael Amadio, Mario Kempe, Martin Frk, Paul LaDue, Joakim Ryan and Kurtis MacDermid are waiver-eligible and will be competing for roster spots, a battle that tightened when Ben Hutton signed and immediately claimed a spot on the club’s blue line.

More to come on this subject.