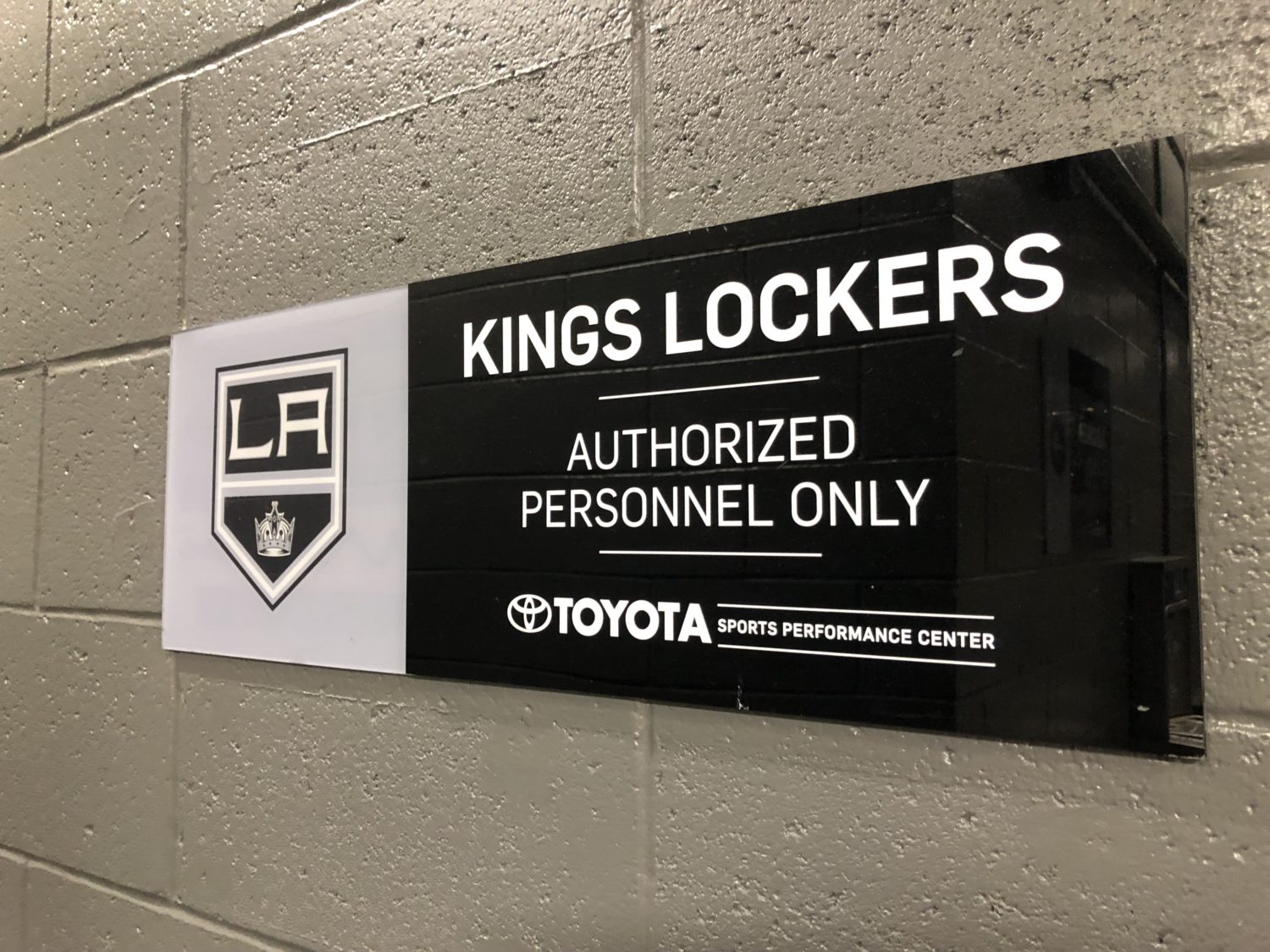 The Kings took the ice for their in between day, following last night’s overtime defeat against Vegas, in advance of tomorrow’s Salt Lake Shootout contests against Vancouver, a “home” game for Los Angeles.

Group A was led by the Kings coaching staff, headed by Todd McLellan and though I missed much of the Group B skate, it was led by Reign Head Coach Mike Stothers and his staff. Note that Groups A & B are not defined as game versus not game group – Expect some cross over for tomorrow’s game in Utah.

Here’s how it looked like the first group lined up.

– On tomorrow’s lineup, McLellan said that as of media availability this afternoon, he had not yet finalized the group that will be playing in Salt Lake. He did, however, emphasize that it might be an opportunity for some new faces to see game action with the full NHL coaching staff behind the bench, or a chance for those fighting for the last spots on the team to play in the lineup together in a game setting, as those battles continue to shake themselves out.

“We’re still putting the roster together,” McLellan said. “There are some individuals that still need the opportunity to play in front of me as a coach. Obviously some played games already but I wasn’t there, so we’ll look at that. We’ll look at lifelines for certain players. Some are dwindling, some have expanded their lifeline a little bit, which is great. We’ll look at the groups that we feel are competing with and against each other for final positions and insert certain guys into those roles. In my opinion, tomorrow will be a tough day for our group. We haven’t had a day off yet, it’s a tough travel day but so is it for Vancouver. It’s hump day, we get a day off after that, I’m sure guys are looking ahead but there’s so many jobs on the line, let’s make sure we’re ready to play.”

In terms of a timeline, McLellan confirmed that he expects roster moves to come soon, though he did not commit to a specific time frame.

“We will look at making, I don’t know if it will be a large group, but we will be reassigning players either to Europe to their junior teams or to the Ontario Reign.”

Another note from #LAKings practice today. Drew Doughty and Alec Martinez were paired together on defense. McLellan said “there’s a chance" that could be the case going forward as Derek Forbort continues to rehab.

– One interesting note, as picked up on by Jack Harris of the LA Times, was that Martinez and Doughty were paired together for a decent chunk of practice. There’s two schools of thought there, as McLellan references below. On one hand, Doughty will log a ton of minutes in all situations, which will require a partner that can do the same, and against top competition.

“There’s a chance that can happen,” McLellan said of Doughty and Martinez playing together. “Drew’s going to play well over 20 minutes most nights and the guy lining up beside him, whoever that’s going to end up being, is going to have to carry about as many and he’s going to have to perform against the best players in the league, so we’ll be looking for that combination. If we can find that pair that can successfully do that on most nights, the other four D can pinch hit against different lines and we should be fine. But we’ve got to find that pair first.”

On the other hand, however, it leaves the backend a bit inexperienced on the bottom two pairs by putting his two veteran-most blueliners together. With Derek Forbort out injured and Paul LaDue still returning from injury, it leaves a younger group of options for the bottom two pairs of Martinez and Doughty are paired together, though McLellan pointed out that a recent addition on defense helps with that factor.

“That’s not ideal, but we also have a guy like Ben Hutton now who’s played a number of games, he provides some experience, there’s a little more depth there,” McLellan added. “Walker and Roy aren’t significantly experienced, but they know what it feels like to go into NHL buildings. We’ll continue to tinker.”

– Several young players have impressed throughout training camp, cue Blake Lizotte last night, and enough have been talked about that there are simply not enough spots on the roster for everyone, especially if you want players playing in certain situations.

“When we have to make tough decisions, and we’re not sure, that’s a good thing,” McLellan said. “It’s good for us, it may not be good for some other people because names have come into the mix, probably more on the negative side than the positive side, but it is a good thing for us. What’s important is that we’re always trying to figure out if the player is ready to play, but we also have to be ready for the player. The organization has to be ready to bring a young player in and play him enough, put him in a role where he can develop and evolve.”

With only 12 forward spots in the lineup, players that are battling for those jobs will be pushed down to the AHL, it’s as simple as a numbers game. While some in that situation may have shown that they deserve a chance at an NHL role, McLellan said that it can also be beneficial for a player to log heavy minutes, in all situations, in the AHL, especially in regards to a younger player.

“There’s some real good young players that are pushing some veteran players here right now, but are we ready just to keep them on the team, or should we have them in a spot where they’re on the top power play, they’re getting real good, strong minutes?” McLellan said. The luxury we have here is that they’re right across the hallway, we can always recall somebody. None of those young players are going to want to hear that, but that might be the reality. We still have a lot of exhibition [games] this season left to make those decisions.”