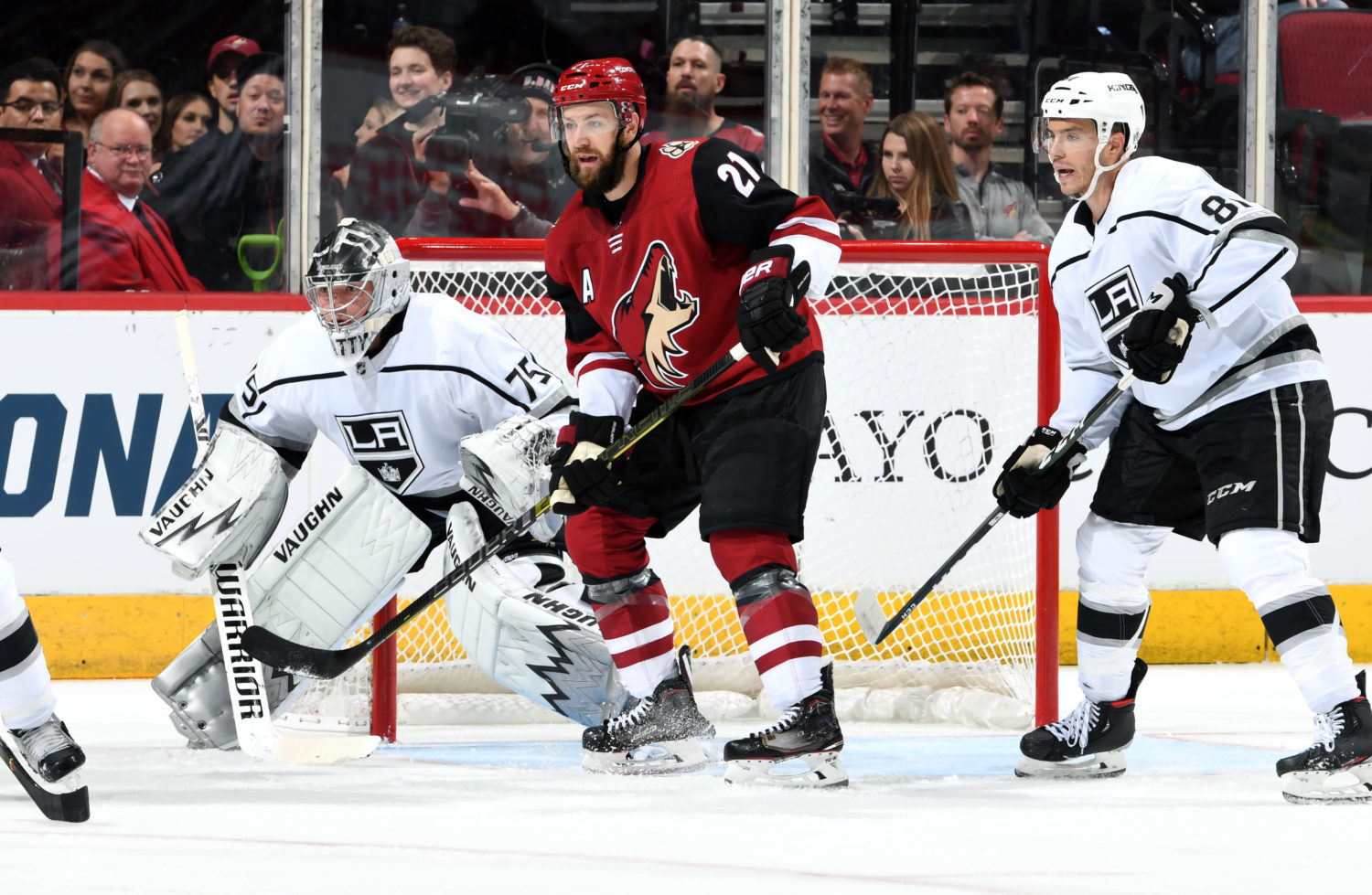 Trent Yawney, on whether he was pleased with a 4-1 win against a more experienced team:
Yeah, for sure. I think there were a lot of things in there that Todd is trying to implement into the team. There were a lot of good things. You could tell the guys were thinking about it and trying to execute it as well as they could, and they did. I liked their compete level. They played hard from start to finish.

Yawney, on whether the forecheck goals came from more aggressive pressure or just “good players”:
I think it’s a combination of both. In order to forecheck the way he wants them to forecheck, you’ve got to skate and you’ve got to have support, and those plays you were talking about, it was there. Like I said, that was the encouraging part to see them trying to implement it, and it’s relatively new to them, but at the same time, they were trying to do what they were taught to do, and for them to get rewarded, it’s even better because now they know it works.

Yawney, on Blake Lizotte and other younger players:
A lot of the younger guys played really strong games. Akil Thomas was very good and Marty on the back end kind of just settled things down for us, so there were a lot of guys that played very, very well. Blake, in particular, kind of showed everybody what his game was all about, and that was good to see, as well.

Michael Amadio, on what the team got out of the game, regardless of the result:
It was a lot of learning this week with our systems, so just coming out and getting to actually play a game, it was nice to work on it with everyone and I thought we did a pretty good job. We came out right from the start, got what we wanted, and it showed through the game, I think.

Amadio, on whether his goal was the result of adherence to a more aggressive forecheck:
I think so, yeah. Our F1 and 2 are getting in there hard, and Grundy and Wags did a good job of that of just dropping the puck, and I just kind of found a soft spot there. Grundy found me and Wags was kind of my screen in front.

Amadio, on his team-high seven shots and having a shot-first mentality:
Yeah, I think always in the past I’ve been more of a pass-first guy, so when I ‘m getting my looks, I’m just trying to get it on net. A couple of them came on the power play, and we’re getting it drilled into us that we’re going to be a shot-first mentality on the power play, so I was just trying to funnel as many pucks as I could towards the net.

Amadio, on defeating a more experienced team:
I think we did a good job of working hard. It’s definitely a confidence booster for the guys in this room. We worked really hard for this win, so it’s a nice feeling.

Carl Grundstrom, on what he’d like to demonstrate this season:
I don’t know – just got to play my best and show I’m good at going hard to the net to create scoring chances and hopefully create a couple goals, too. Yeah, I just want to show my best and I thought I had a good summer, so it feels like I’m ready for the season.

Grundstrom, on whether the more aggressive forecheck fits his style of play:
Yeah. Yeah, I like that type of play, so I think it’s going to fit me really well to play that type of game.

Matthew Villalta, on earning a “save” in his first NHL game:
It’s super exciting. When Billy told me a couple days ago, I was really pumped for it. I think today the boys played a really good overall game and they were working really hard in the D-zone, blocking shots. Dermie had a couple good blocks, and they also were creating a lot of offense in the O-zone. Overall, I thought it was a great game and a great first little taste and something to keep me motivated on and keep pushing. It was a positive start.

Villalta, on how quickly he realized he was facing Phil Kessel on a breakaway:
I kind of looked at the tape, because he has the spiral spin on his tape job down his shaft. On that play, I think it was Marty on D, and he was backchecking really hard and really pressure Kessel to make a quick shot, and he got it up quick and it hit my shoulder. Definitely one I’ll remember, for sure. First game and I stopped Phil Kessel, so it was pretty cool.

Villalta, on what he’s focusing on as he attempts to earn a role in Ontario:
I think just coming to the rink, being committed 100%, doing the little details every day no matter how I’m feeling. If I have a day where I’m not feeling too good, I’ve still got to come to the rink and work really hard and give everything I’ve got every day because I don’t know how long my life span is here, so I just want to lay everything on the line and work hard every day on out, but I’ve got to build my compete level. I feel like I play a really technical, try to play a simple game, and also try to add a little Soupy and Quickie style to my game with some toe-up glove saves here and there.

*Apologies for the dark photo; no online box scores were available for the away split-squad game. 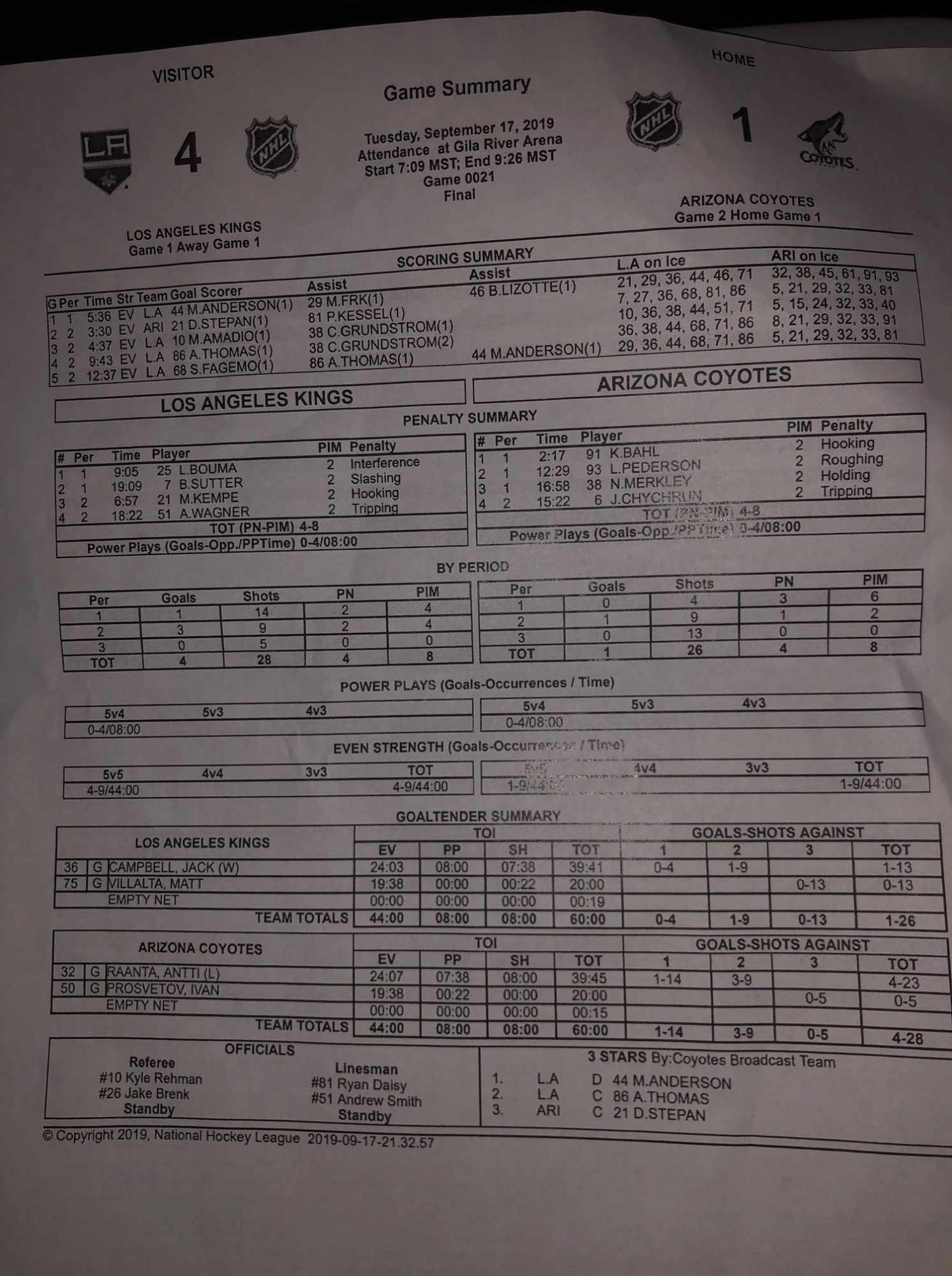 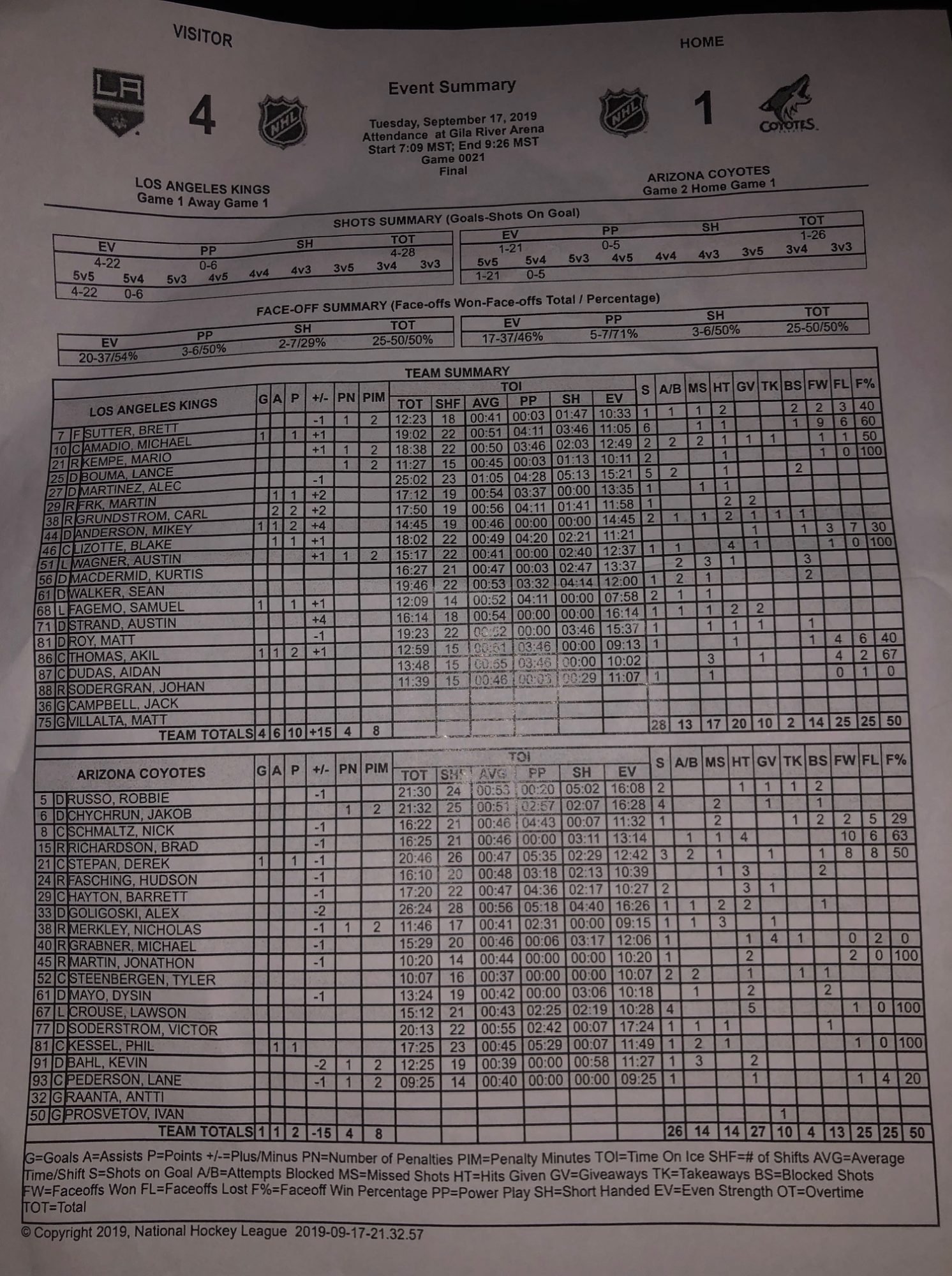 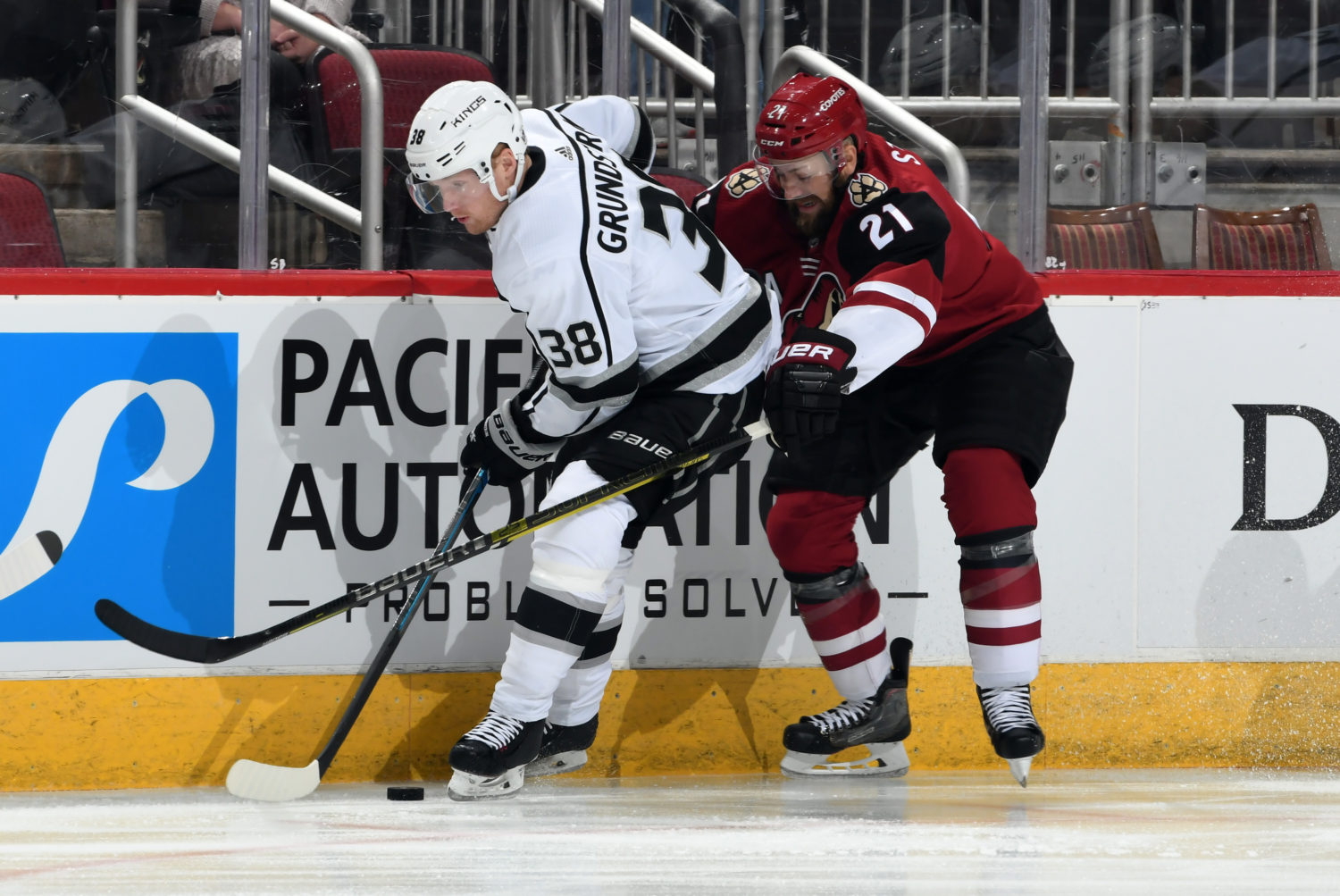 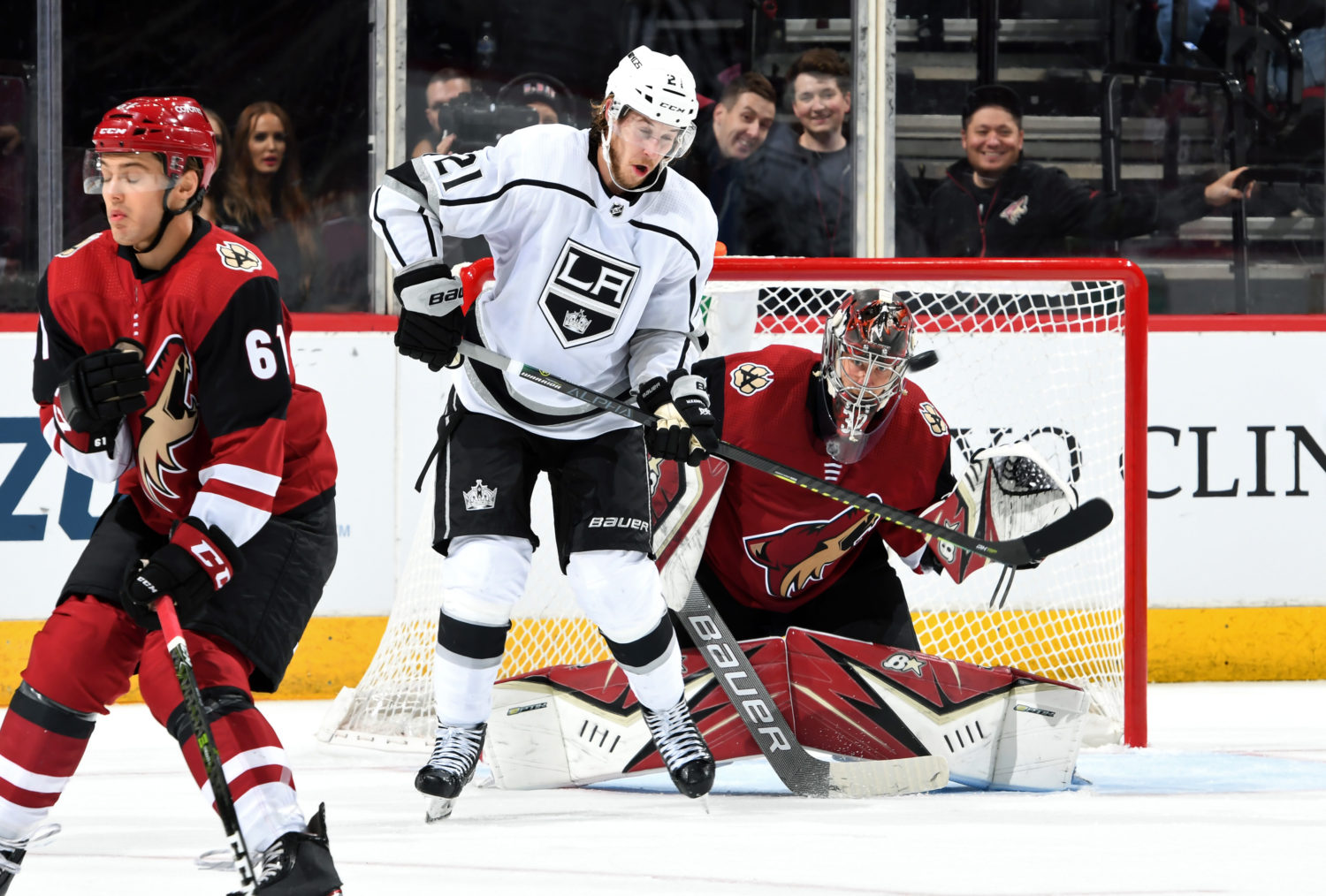 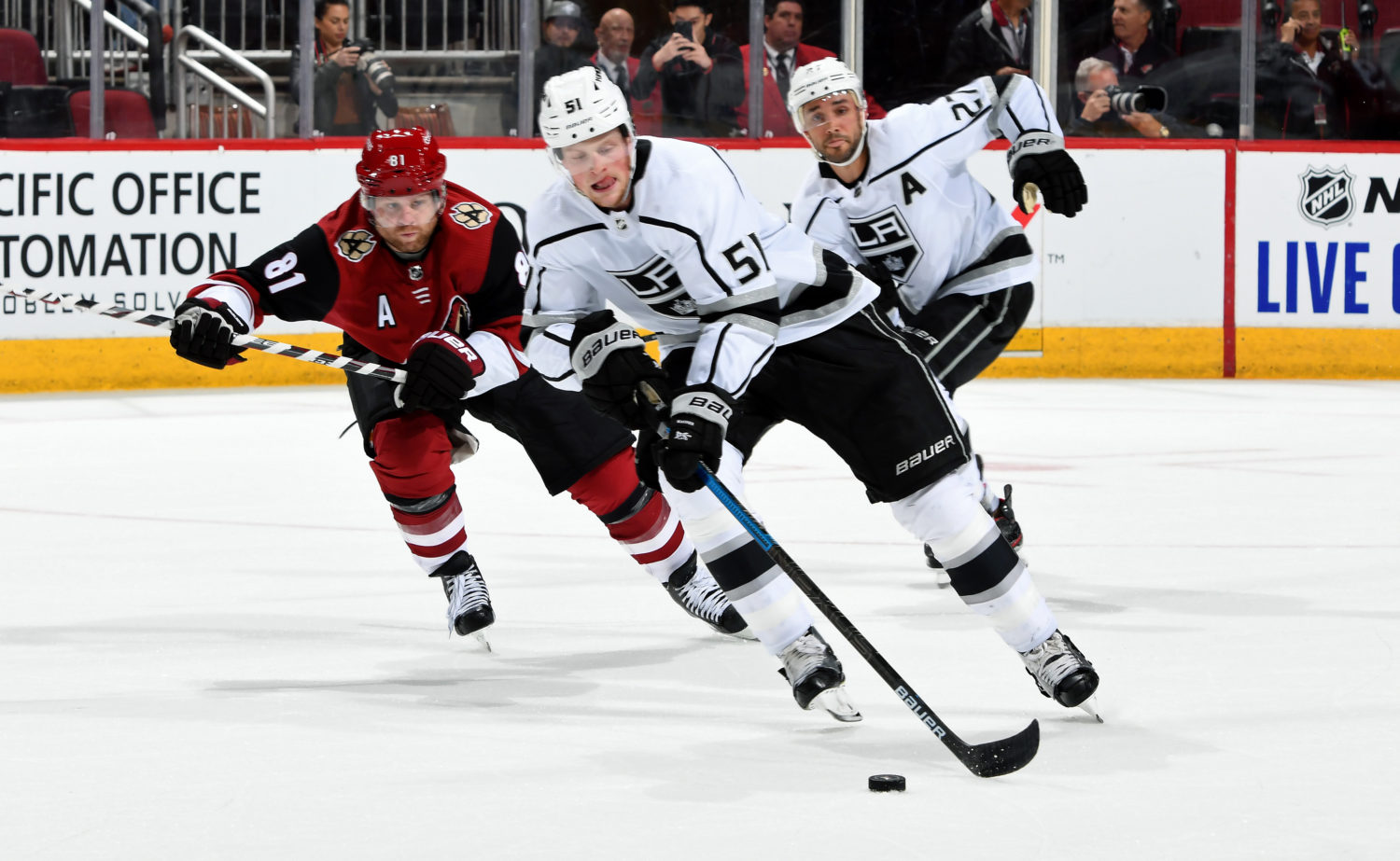