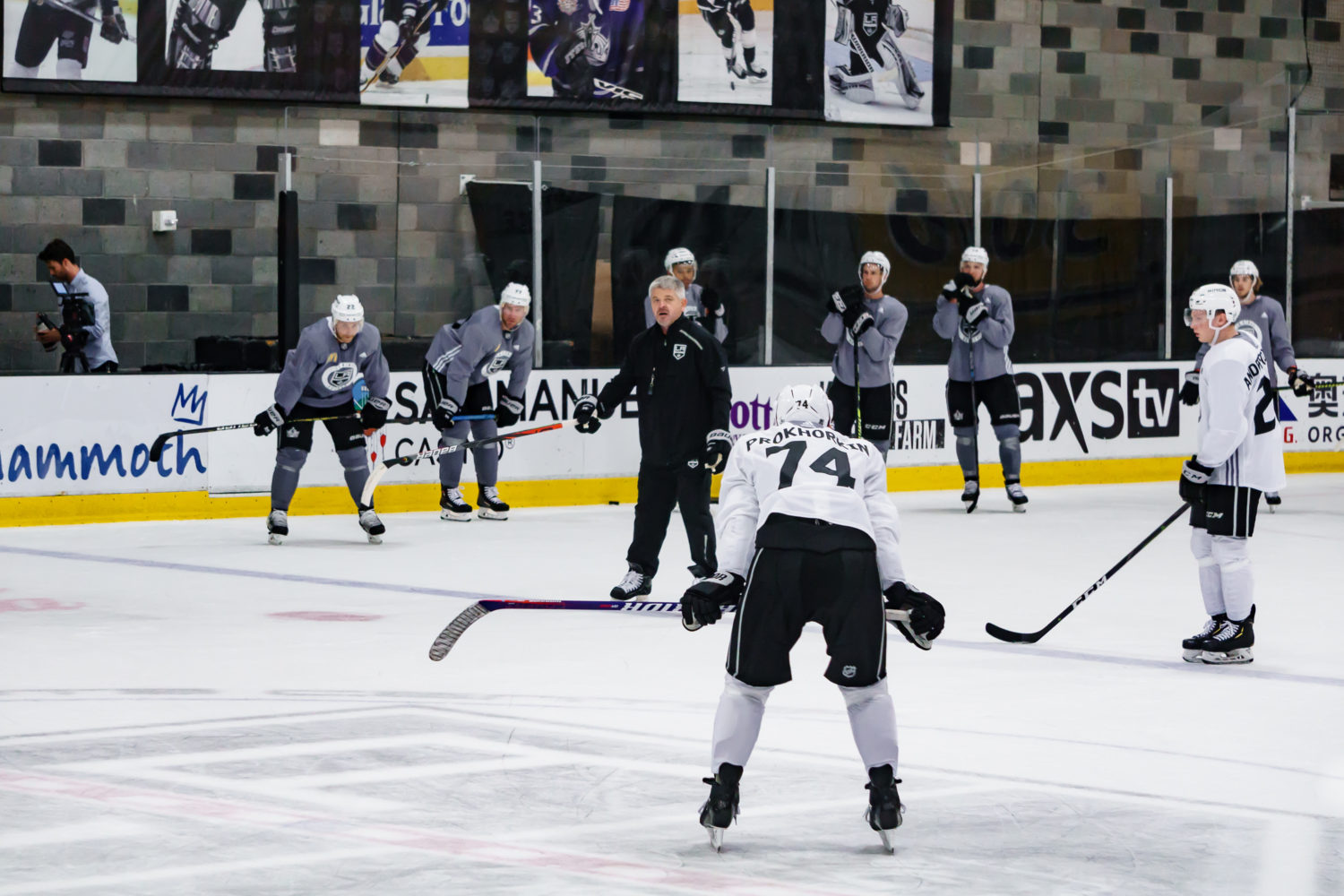 Hockey is back, Insiders!

The Kings and Coyotes will square off in a pair of preseason matchups, split-squad style. Jon has made the trip to Arizona and I’ll have the coverage tonight in Los Angeles.

Quick / Petersen
*Quick was the first goaltender off but Petersen was off quickly thereafter. As per Jon below, expecting goalies to split time.

Tomorrow’s split-squad groups will be a mix of the current groups, McLellan said. He’ll stay at Staples with Sturm, while Yawney and Stothers will travel to Glendale. Goalies will split time in net.

For Arizona, expecting the following group of players, though still not known on line combinations