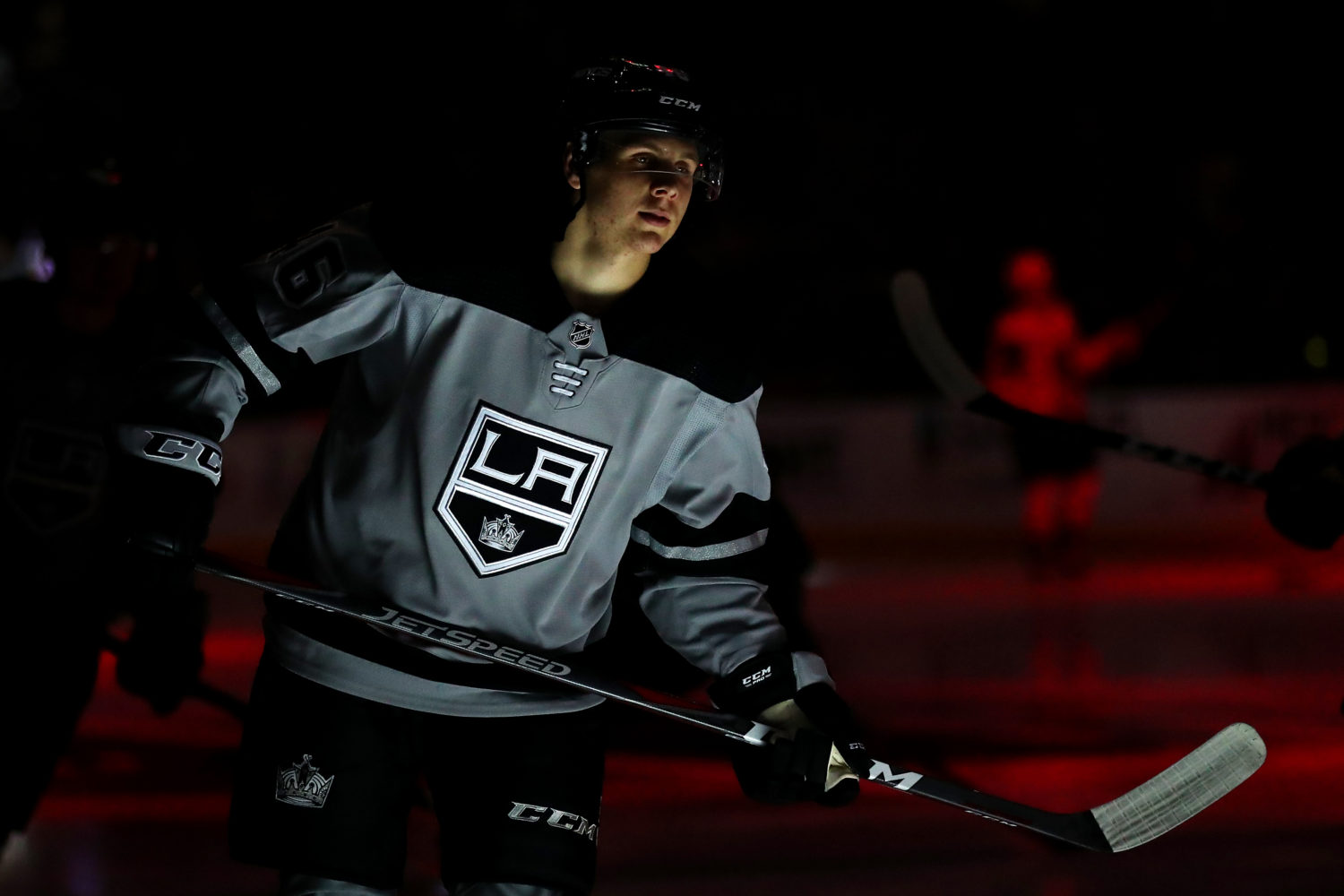 At last year’s rookie showcase in Las Vegas, the LA Kings’ prospect pool was still a work in progress. It still is, but at least they’ve made major gains in the published lists. (ESPN.com’s Chris Peters ranked the Kings’ pipeline as the second-best in the league, while The Athletic’s Corey Pronman rated it fourth. Both prospect experts were at the Anaheim showcase over the past week.)

But at last year’s showcase, which included players like Matt Luff, Austin Wagner and Sean Walker, there weren’t any first round draft picks present, and of the three second rounders present – Kale Clague, Akil Thomas and Jaret Anderson-Dolan, only Anderson-Dolan had as much as a small handful of professional games. They weren’t quite ready for prime time, though all deserve credit for putting themselves in position to earn minutes with the team.

2019’s rookie showcase has been much more compelling. Clague didn’t participate after graduating to main camp, though Thomas and Anderson-Dolan were a year older and more experienced, with the latter adding five NHL games to his resume.

And while the talent pool has grown – five participating players were drafted in either the first or second round, and that doesn’t count fifth overall pick Alex Turcotte (in college) or Gabe Vilardi (injured) – there remained a collection of players who might not have been chosen among the top two rounds in their draft year but should still have an interesting chance at a roster spot out of camp.

Just like Luff the previous year and Alex Iafallo the year prior, Blake Lizotte is a non-drafted free agent who is drawing some interesting attention in advance of training camp, which opens Friday. He was referenced by Nelson Emerson at the State of the Franchise forum two Fridays ago as a player to keep an eye on this camp, and his performance in the three rookie games justified that belief. “I think Lizotte was off the charts good in these three games,” Ontario Head Coach Mike Stothers said. Lizotte has blitzed into difficult areas and has shown an ability to compete and win perimeter battles that belie his 5-foot-7 stature.

While Lizotte turns 22 in three months and Anderson-Dolan will turn 20 Thursday, the two have developed a good rapport as they both vie for roster spots. Those spots will be determined both by merit and by waiver eligibility, and as players on their entry-level contracts and exempt from waivers, it would appear before the action starts that the AHL may be the most likely starting point for both.

Should that materialize, they’ll rely on the connection they forged this summer to gain comfort, build chemistry and continue to push each other in an effort to quickly gain admittance back to the parent club.

“It’s important to have a good culture when you’re working out all summer, and having someone right there next to you kind of your age and similar ability in that time trying to break into the NHL is something that’s important,” said Lizotte, who made his professional debut in the final game of Los Angeles’ 2018-19 season. “You do push each other – whether you like it or not or want to admit it or not – when you see the guy next to you is working hard. You’re going to want to just push him harder, so I think that’s definitely a huge key for summer training.”

The team’s conversation with Lizotte over the off-season revolved around getting him as prepared as possible for his first full rookie camp, training camp and full professional season. As it’s often said about younger players taking part in their first camp, the exposure to people like Alec Martinez, Trevor Lewis and Kyle Clifford over the summer was important in providing an important baseline that the rookie will be able to reference as a benchmark towards refining and accentuating his own regimen.

And while it was shared that both players’ work ethics were strong complements to each other, that healthy push and the understanding that they’re both “like-minded people” in their preparation and conditioning should help both focus on competing for a spot at training camp rather than approach the season with wider eyes.

“He’s a very detailed guy,” Anderson-Dolan said of Lizotte. “He works really hard – I think that’s why me and him get along. Even with the older guys that are there, they respected him for that because he takes it seriously. He’s not showing up and messing around. He seriously wants to work hard and he wants to get better, and I think for young guys like us, that’s what we really need to do to earn our respect from the older guys, and I think just little stuff like that you can control every day, and that’s the similar mindset for both of us.” 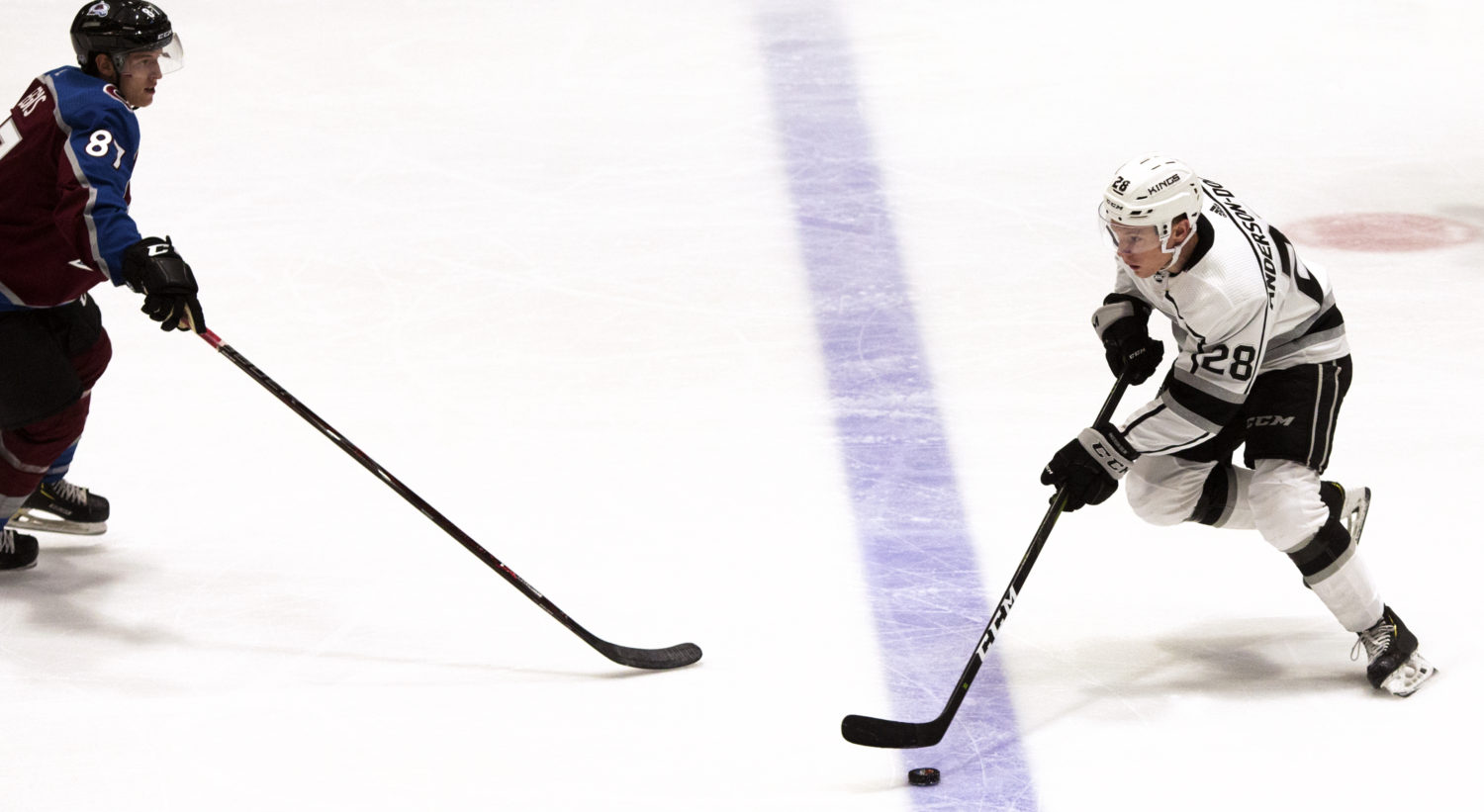 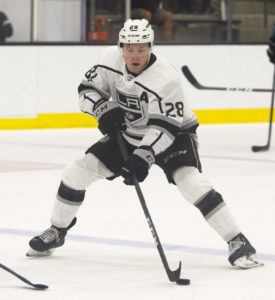 Anderson-Dolan, on using the rookie tournament to become more familiar with his teammates:
Yeah, absolutely. I think that’s just playing more together and getting to know each other. This is such a quick tournament, a quick camp – we practiced once and then we get right into games. Obviously [Tuesday] wasn’t our best effort, but I thought we got better as the weekend went on, and there’s still another day of practice on Wednesday, and we’ll use that as a building block going into main camp.

Anderson-Dolan, on the different talent level than previous years:
This is probably the best group of guys we’ve had since I’ve been here for the rookie tournament. I think just how well the Kings have drafted – I think there’s a lot of excitement with this group. You saw it in bursts throughout the weekend. I don’t think the scores really show how talented this group is, and I thought the D-men were great. We have a lot of skill up front, a lot of guys that are going to have great professional careers if they keep heading in this direction.

Blake Lizotte, on the importance of using the off-season to become more familiar with the organization:
Yeah, absolutely. You get familiar faces around the rink. Stress away from the rink is just as important at the rink, so just knowing the area and knowing where I’m living, getting comfortable here is just as important at the rink, so it’s kind of nice to have that settled in. And, obviously at the rink, knowing what I’m getting myself into, players I’m playing against and competing against in camp is nice to measure up with.

Lizotte, on whether he has “nerves” coming into rookie games and training camp:
Yeah, there are always nerves. Whether you’re playing in your backyard pond or for the Stanley Cup, there’s always a little bit of butterflies. But it definitely was settling to be able to get that first game under my belt. It’s a life-long dream, so it was great to accomplish, but I obviously want a lot more than that.

Lizotte, on what he values and relies upon when moving up a level and facing more experienced players:
I think just making the right plays and getting comfortable with making the easier play. A lot of times you kind of get overcomplicated, especially come summer hockey, getting rid of those bad habits, trying to get rid of those as fast as possible is key. Doing the little things right – regardless of whether it’s a breakout pass or just getting the puck out of the zone is really important in the preseason.

Lizotte, on whether he knew many players within the organization before this camp:
You kind of know ‘of’ people, you don’t really know them as a person. You hear the names around social media and you follow different leagues. You know who the good players are, and obviously Jaret is a great player, so you know who he is. But I didn’t get a chance to meet him until this summer, so it was great getting to know him and becoming good friends now. 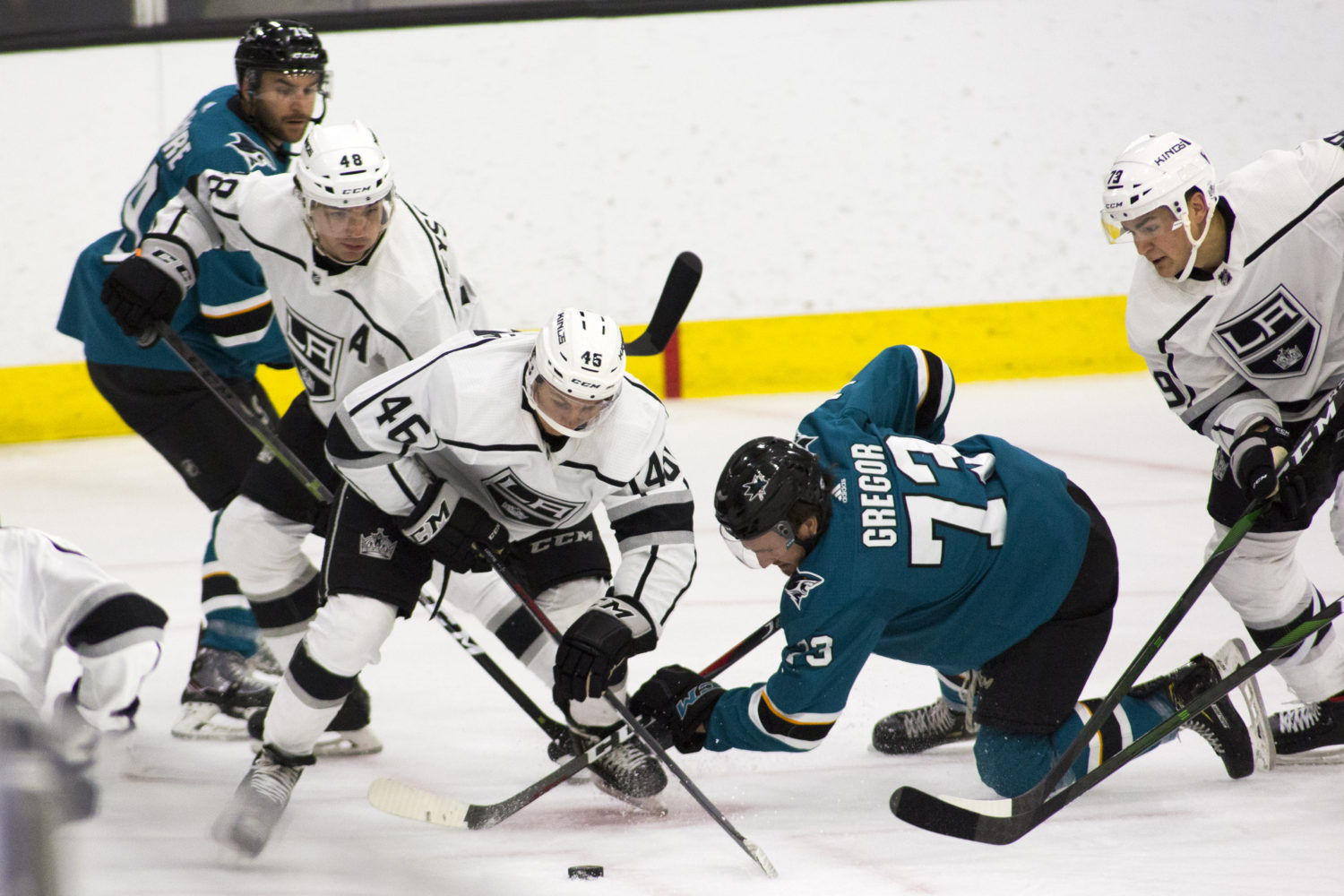