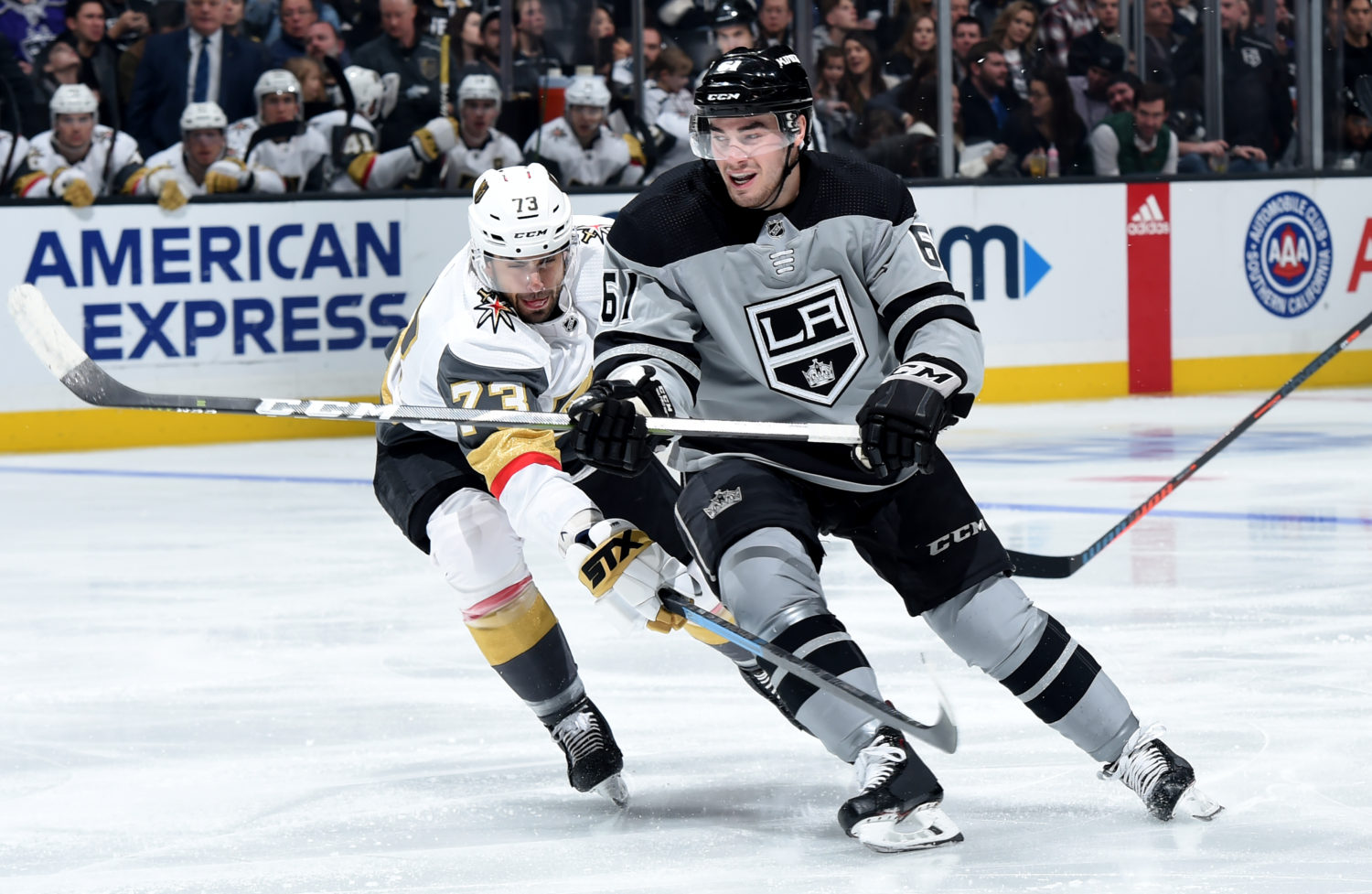 Good evening, Insiders! Stepping in this week with Jon out of town. Just a couple of quick housekeeping notes as rookie camp quickly approaches.

The LA Kings announced a schedule change on the time front today – The Kings game on Saturday, November 16 has been changed from a 7 PM start time to a 1 PM start time at STAPLES Center. From the official team release:

The game against the Vegas Golden Knights will remain “Country Themed” and the afternoon contest will also be included in the club’s new Kids’ Days series (increasing from three games to four games). All fans in attendance on November 16 will receive a Bandana Giveaway.

Sporting News Prospect Rankings – Kings at #2
The Sporting News put together a list of the top farm systems in the NHL earlier this week and the Kings ranked second across the league’s 32 teams. Led by top ranked prospect, and 2019 first-round pick, Alex Turcotte, Los Angeles trailed only the New York Rangers in the rankings.

The rankings were based on five categories – Point production, age, NHL games played, NHL readiness and experience, and draft ranking. Here is the excerpt specifically on the Kings prospect pool –

If there’s only one good thing to come out of not making the playoffs for the third time in five years – amassing high picks at the draft has to be it. No team has done a better job at selecting elite offensive talent without the benefit of multiple top-10 picks than the Kings. Yes, their 2019 selection of stud three-zone center Alex Turcotte at fifth overall was their highest since taking Brayden Schenn in that same spot 10 years earlier; however, after Turcotte, the depth chart is lined with impressive kids taken either late in the first round or immediately thereafter. Slick center Rasmus Kupari was one of the top teenage point producers in the SM-Liiga, and second rounders Akil Thomas (2018) and Arthur Kaliyev(2019) were two of only nine 100-point scorers in the OHL last season. All three should be top threats for their respective nations at this year’s IIHF World Junior Championship.

What makes the Kings’ system stand out beyond the notable names is depth by position. Few teams have a pool with as many quality goaltenders, beginning with undrafted Cal Petersen who should start the season in the NHL and looks like a legitimate challenger to dethrone No. 1 netminder Jonathan Quick. Behind Petersen are Lukas Parik, David Hrenak and Matt Villalta who is a likely candidate to spend the upcoming season with the AHL’s Ontario Reign. On defense, critics are raving about Mikey Anderson’s development and first-round quality in second rounder Kale Clague and 2019 first-round pick Tobias Bjornfot with the former gunning for a top-6 spot on opening night and the latter the favorite to be Sweden’s No. 1 defender at the world juniors. And although mum’s the word on the health of 2017 first-rounder Gabe Vilardi, he still is one of the top playmakers among all NHL prospects. 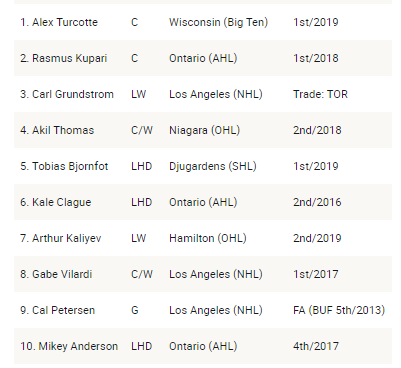 When you consider that Jaret Anderson-Dolan, who played NHL games last season isn’t in these rankings……and neither is 2019 second-round selection Samuel Fagemo, defensemen Sean Durzi and Markus Phillips, or second-year professionals Sheldon Rempal or Daniel Brickley, the depth of the current Kings prospect pool, which has been heavily restocked over the past few seasons, looks even more impressive.

Expecting more to come over the next couple of days, until then Insiders.