Seven LA Kings games to be broadcast nationally by NBC/NBCSN 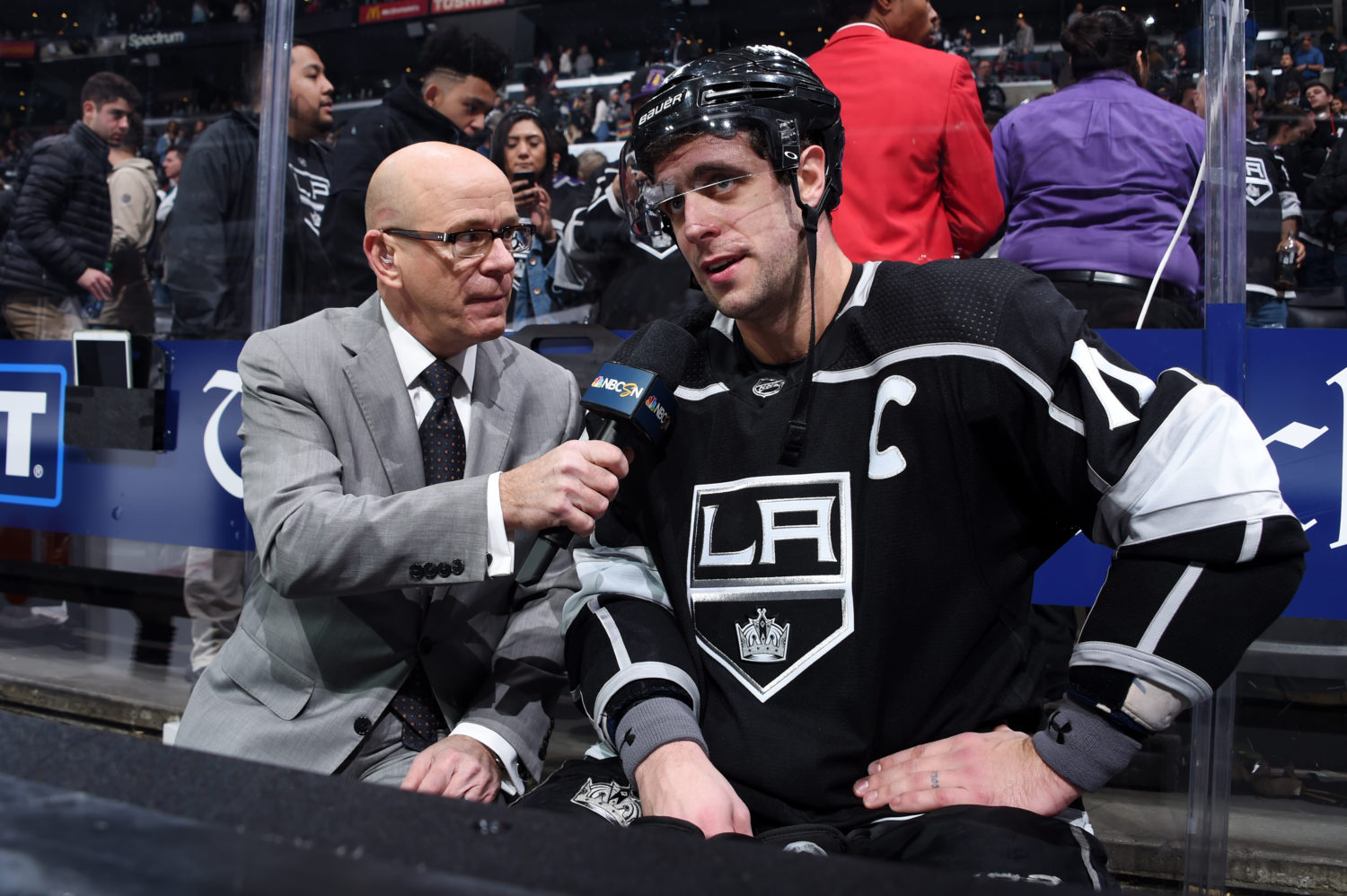 And, lo, it was August, and Schedulor smiled down upon her faithful.

To translate: seven LA Kings games will be broadcast nationally, per the the schedule released by NBC Sports Tuesday morning.

The Kings are 27-25-6 on national broadcasts over that span and hit above their weight in 2018-19, going 2-1-2 and showing well in a shootout loss in Tampa Bay, an overtime loss at Minnesota and a one-goal loss at Nashville in addition to defeating St. Louis at home and Anaheim on the road. They were 8-3-1 in their 12 NBC games in 2017-18.

Though the national broadcast schedule regularly stirs up a mid-August rise out of Extremely Online hockey fans who take some offense to any combination of the Blackhawks getting too many games; Team X getting snubbed with so few broadcasts; lack of exposure for superstars based in Canada; the existence of outdoor games; and virtually everything, there’s an important balance to uphold, as captured in Kevin Allen’s story this morning, which also noted the sharp rise in Avalanche games through an interesting conversation with Sam Flood, Executive Producer & President, Production, NBC Sports and NBCSN. “(The Avalanche) are a spectacular team to watch. MacKinnon is the real deal. I thought he was as good as a player as stepped on the ice in the playoffs. The more we can expose him to a broader audience, the better it will be for the growth of the league,” Flood told Allen. Those watching Colorado’s dismantling of Calgary in the first round and the special Landeskog-MacKinnon-Rantanen connection this spring know what he’s talking about.

Again, there’s no real uncomfortable balance between the national and regional broadcast schedule. With NBC, it’s possible for hockey fans across the country to catch up on stories and detail that might take longer to saturate within eastern hockey media, and the Kings will certainly have a lot of young players they’re going to want to ultimately gain exposure. (That’ll be somewhat tough this season with six of the seven games beginning at 10:00 out east or later.) And because there stand to be 73 games broadcast regionally this season, the team and its local broadcast partner have a wide array of games in which they have full control over the content and direction. Of course, Alex Faust and Jim Fox have both been a part of NBC’s broadcast rotation, and it’s probable that a number of the above games will be staffed by one of the two Kings television broadcasters.

The season opens with a “Wednesday Night Hockey” doubleheader on Oct. 2 at 8 p.m. ET on NBCSN, as the defending Stanley Cup champion St. Louis Blues host the 2018 Stanley Cup champion Washington Capitals, followed by a playoff rematch between the Vegas Golden Knights and San Jose Sharks at 10:30 p.m. ET;

NBC Sports will present the 2020 Bridgestone NHL Winter Classic between the Nashville Predators and the Dallas Stars from Cotton Bowl Stadium in Dallas, Texas, on Jan. 1, 2020, on NBC;

NBC Sports will present exclusive primetime coverage of the 2020 Coors Light NHL Stadium Series game between the Los Angeles Kings and the Colorado Avalanche from Falcon Stadium at the U.S. Air Force Academy in Colorado Springs, Colo., on Saturday, Feb. 15, 2020, at 8 p.m. ET on NBC;

NBC Sports will present coverage of the 2020 NHL All-Star Weekend from Enterprise Center in St. Louis, Mo., home of the St. Louis Blues, on Jan. 24-25, highlighted by live coverage of the All-Star Game on Saturday, Jan. 25, in primetime on NBC;

NBC Sports will present 12 NHL games on NBC, beginning with the 2019 Discover NHL Thanksgiving Showdown on Friday, Nov. 29, when the Boston Bruins host the New York Rangers at TD Garden;

66 of 109 scheduled regular-season games on NBC and NBCSN – more than 60% – will feature at least one Western Conference team.

NHL WINTER CLASSIC AND NHL STADIUM SERIES
The NHL will make history this season as it puts on the southernmost Winter Classic since the annual game began in 2008. On Jan. 1, 2020, the Dallas Stars will host the Nashville Predators in the 2020 Bridgestone NHL Winter Classic at the Cotton Bowl Stadium in Dallas, Texas, on NBC. The NHL Winter Classic has produced the five most-watched regular-season games in NHL history. The 2020 Coors Light NHL Stadium Series will feature the Los Angeles Kings and the Colorado Avalanche on Saturday, Feb. 15, in primetime on NBC at Falcon Stadium at the U.S. Air Force Academy in Colorado Springs, Colo.

NBC SPORTS PRESENTS 2020 NHL ALL-STAR GAME LIVE IN PRIMETIME ON NBC
NBC and NBCSN will present extensive coverage of the 2020 NHL All-Star Weekend from Enterprise Center in St. Louis, Mo., home of the defending Stanley Cup champion St. Louis Blues, highlighted by the NHL All-Star Game in primetime on NBC on Saturday, Jan. 25. NHL All-Star will take place January 24-25, 2019, and will include the NHL All-Star Skills Competition™ on Friday, Jan. 24, on NBCSN.

NHL ON NBC
NHL on NBC coverage begins on Friday, Nov. 29, at 1 p.m. ET, with the 2019 Discover NHL Thanksgiving Showdown featuring the New York Rangers and the Boston Bruins, marking the first of 12 games scheduled to air on NBC during the regular season. Beginning on Jan. 19, and continuing through the end of the regular season, NBC will present the NHL Game of the Week, generally occurring on Sunday afternoons.

NHL ON NBCSN
NBC Sports will televise at least 97 NHL regular-season games this season on NBCSN, including the Opening Night doubleheader, 38 “Wednesday Night Hockey” games, and 22 doubleheaders, as well as NHL All-Star coverage from St. Louis, Mo. In addition, NBC Sports has left the majority of the final week of the regular season on NBCSN open to allow for the biggest games with playoff implications to be added to the schedule.

NHL LIVE AND NHL OVERTIME
NHL Live and NHL Overtime, NBC Sports’ live pre- and post-game show with highlights and analysis of NHL matchups, will air before and after most games on NBCSN. A 60-minute edition of NHL Live will air prior to most games, while NHL Overtime will air immediately following most games.

STREAMING COVERAGE ON NBCSPORTS.COM AND THE NBC SPORTS APP
NBCSports.com and the NBC Sports app — NBC Sports Group’s live streaming platforms for desktops, mobile devices, tablets, and connected TVs — will provide live streaming coverage of the Stanley Cup Playoffs via “TV Everywhere,” giving consumers additional value for their subscription service, and making high quality content available to MVPD customers both in and out of the home and on multiple platforms. 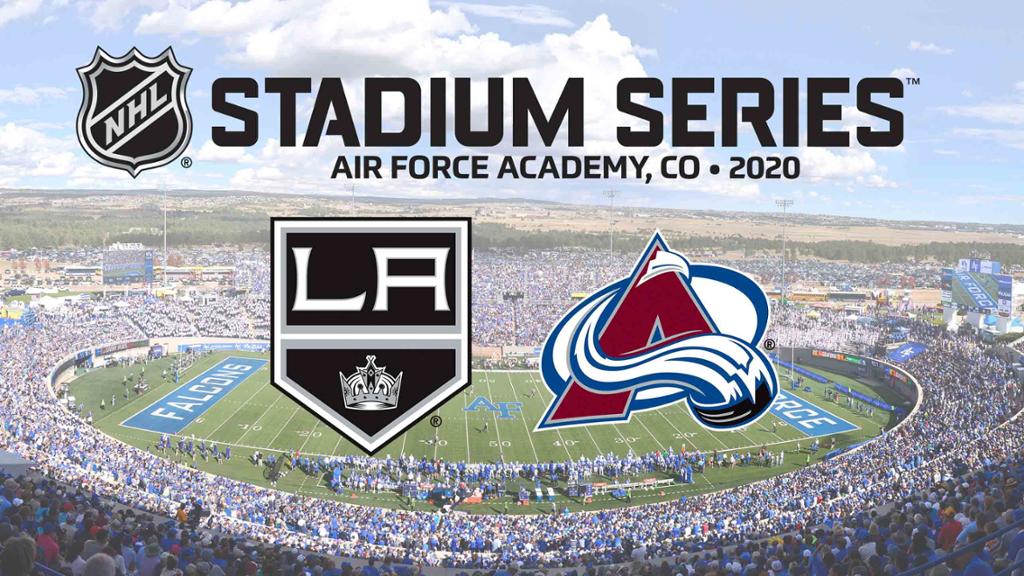