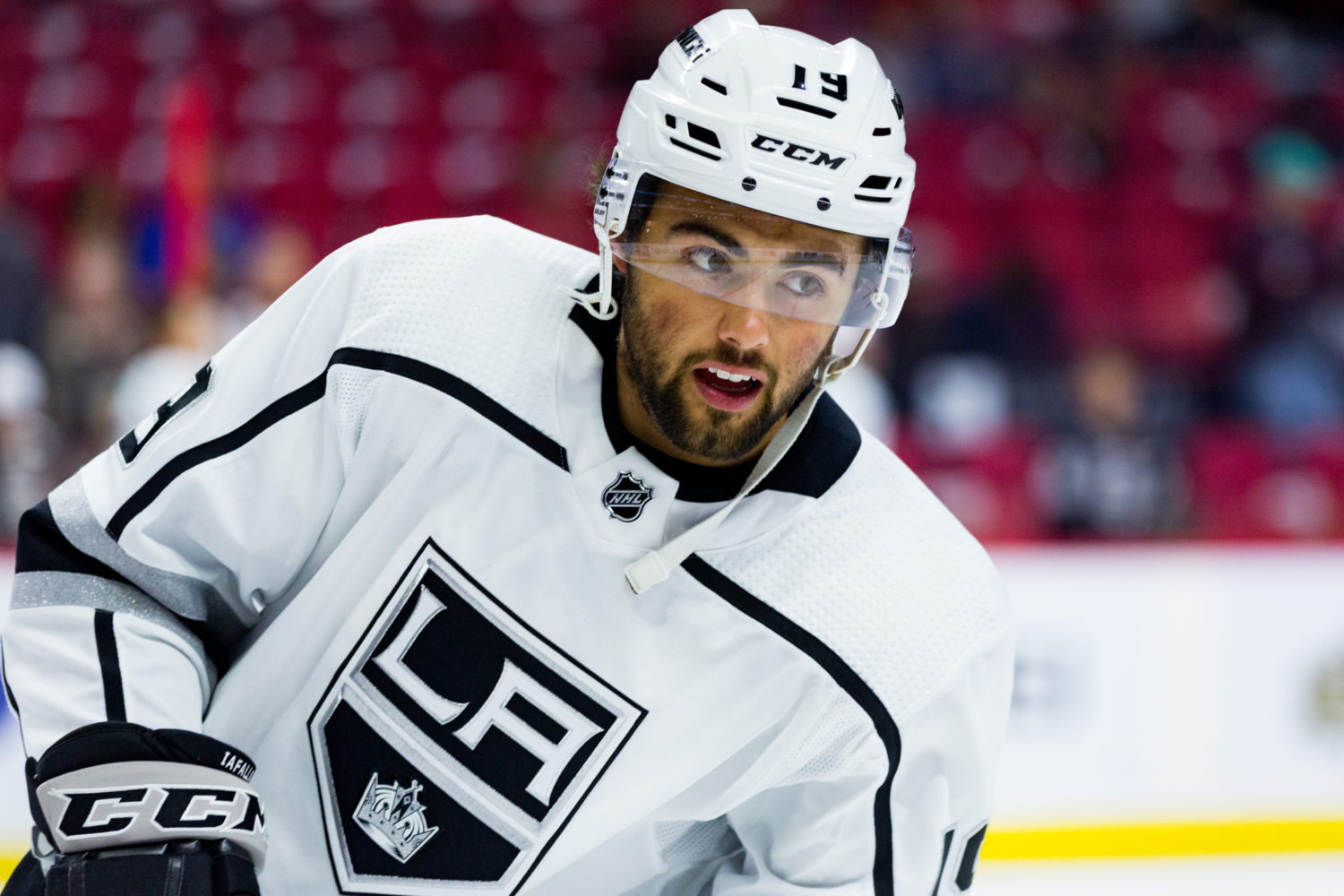 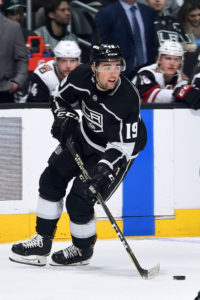 Alex Iafallo has re-signed with the LA Kings for two years and $4.85-million, a Kings source confirmed. Contract financials were first reported by John Hoven of Mayor’s Manor.

Iafallo was the lone RFA to elect arbitration among three players eligible to do so. Because his case was set to be heard on July 20, the first possible date on the arbitration calendar, General Manager Rob Blake acknowledged that time became a factor in getting a deal done quickly while sharing that the team is “just starting to focus on [Adrian] Kempe,” another restricted free agent. Kempe will command the largest contract of the remaining RFAs, a group that also includes Michael Amadio, Daniel Brickley, Cal Petersen, Sheldon Rempal and Matt Roy. Petersen and Roy also had the option to elect arbitration. Resolution on the majority of these contracts should come later this week, though that probably won’t immediately include Kempe.

Iafallo, who will turn 26 on December 21, appeared in all 82 games for Los Angeles, totaling 15 goals, 33 points and a minus-17 in a solid sophomore showing that built off his rookie year breakthrough. A bloodhound with an innate ability to position himself on the forecheck and turn pucks over for his linemates, Iafallo again evolved into a fine Plan B to the left of Anze Kopitar, with whom he spent the heavy majority of his five-on-five minutes. While the expectation one off-season ago was that Ilya Kovalchuk would align with Kopitar, the team never benefited from their five-on-five chemistry, producing an unholy 42.98% Corsi-for percentage that registered at 3.23% below the rate established when Kopitar was on the ice without Kovalchuk. (With a 46.3% CF%, this was Kopitar’s worst NHL season, possession-wise.)

Kopitar enjoys having Iafallo to his left, more so than Kovalchuk, leading to the second straight season in which the Kings elevated a player who would ideally slot into a less-skilled spot in the lineup. Again, there are so many things that Iafallo does responsibly that allow him to face top-flight competition, so that’s not a knock. He was actually quite productive at five-on-five, ranking third on the team with 11 goals. We’re grading on a curve, of course, given ::gestures nonchalantly at the 2018-19 Kings offense:: but Iafallo is the quintessential “third-assist” guy whose point total doesn’t completely tell the story of his offensive impact. He was voted by the fans as the McDonald’s Player of the Year, which, again, grading on a curve, and again, not a knock, but a symptom of last season’s affairs. For many nights during the team’s earliest struggles, Iafallo was their best player. He had two goals and seven points in the first eight games and 13 goals and 11 assists in the next 74.

There’s no sense in speculating on a new coach’s lines some two months out from training camp, but Todd McLellan retains that hip pocket option of playing Iafallo alongside Kopitar and Brown if the need arises. If he plays up, the Kings can balance out the lower part of their lineup with a touch more scoring. If he plays down, there’s probably a cap on his own offensive output and impact, but a higher ceiling on what the top line could provide. And while he does have chemistry with Kopitar, the same likewise can be said about his close friend Kempe, with whom the team posted very strong possession and expected goal metrics in a limited sample size. 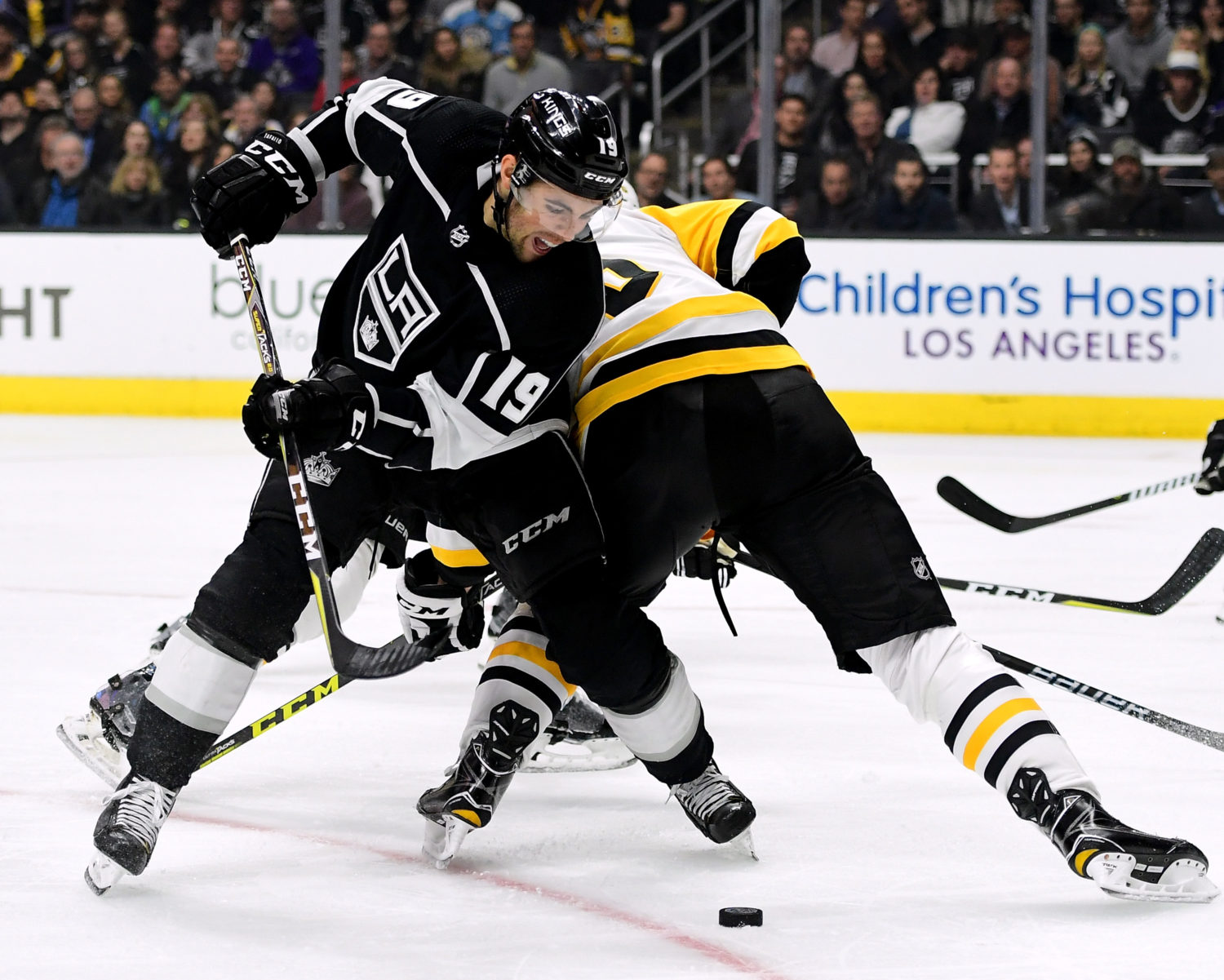 A clearer picture of the team’s financials entering the upcoming season is forming. This snapshot is highly fluid – I’ve heard the RFA contracts should flow fast and furious later this week – but I have the Kings at $71,311,171 with a highly plausible 23-man roster in advance of the contracts needed for Kempe, Amadio and Roy.

Keep in mind that this is simply one of many plausible roster scenarios. We can’t predict injury, nor am I aware of any personnel movement on the horizon or players they intend to invite to training camp on PTOs, but we do know the team is striving to get younger, and there will certainly be a path to a roster spot for the likes of Mikey Anderson, Sean Durzi, Jaret Anderson-Dolan, Rasmus Kupari and Blake Lizotte, all of whom forged impressive development camps and are absent from the group above. Likewise, players who had strong rookie seasons may hit a speed bump. Austin Wagner is only 22, arrived ahead of schedule, and scored more than he was expected by the team to score. Carl Grundstrom doesn’t turn 22 until December. There will be challenges for the likes of Matt Roy and Sean Walker to build on an encouraging start to their careers; neither are fresh-out-of-the-womb newborns. Paul LaDue and Kurtis MacDermid again find themselves amidst another battle for a spot on the defense, and should it be earned, a continued battle to entrench themselves. Kale Clague would’ve gotten into game action last year had he not broken his foot and will surely factor intricately into the competition for a spot on the blue line. Gabe Vilardi, unable to participate in development camp and not yet back on the ice as of last month, is of course an unknown variable.

When we met last month, Blake spoke of the improvement needed “internally,” and while he will continue to incorporate those eight-to-ten young players into regular duty, it was shared that the team will have a similar look to the team that ended last season. So, the default roster template above reflects that – one similar to the final 2018-19 roster. Some of those on that list will be felled by injury, trade, performance or their waiver-exempt status, replaced by those not currently on the list. Internally, and before the end of the 2018-19 season, I’d heard the Kings were projecting a range of $77-to-79-million in salary cap commitments for the upcoming season, of which they’d be paying out roughly $71M in actual money.