The penultimate day of 2019 LA Kings Development Camp ended with the SoCalGas In The Pipeline scrimmage at Toyota Sports Center. The Kings prospects split up into two teams and scrimmaged for just shy of an hour in front of a great turnout for a late-June prospect game.

The game began with 4-on-4 play, switched to 5-on-5 and ended at 3-on-3, rotating between the situations similarly to how the scrimmages have been run throughout the week.

Score was not officially kept, though if John Hoven‘s totals are correct, it looks like things ended 6-2 in favor of White.

A successful night for the packed house watching the LA Kings top prospects in the @SoCalGas In the Pipeline Scrimmage at Toyota Sports Center 👌 pic.twitter.com/x7bVlXlL3u

– The star of the show for me tonight was Johan Sodergran. The Swede potted a couple of nice goals in tonight’s scrimmage, and he just seemed to be on a different level when he had the puck. “Slick” would be the word I’d use to best describe the 19-year old forward. When he gets the puck on his stick, things seemed to happen offensively throughout the scrimmage. Hear from Sodergran below.
– Also very impressive on the evening was goaltender Lukas Parik. The Czech Republic native was one of three netminders on Team Black and posted a few highlight-reel stops during the event, including a ridiculous glove save to recover and deny a sure goal. One of his stops even drew stick taps from Sean Durzi and some smiles from a couple of the Team White skaters as they moved back defensively.
– I thought Rasmus Kupari and Sean Durzi skated well with the puck for Team White. Kupari seemed to have the puck on his stick quite a bit and Durzi is very comfortable joining the rush offensively, especially active in the 3-on-3 scenario.
– For Team Black, Blake Lizotte looked comfortable skating with the puck, frequently taking it through the neutral zone and, at times, the length of the ice. He also set up Turcotte’s game-opening goal in the 4-on-4 portion of the scrimmage. Click Here for more on Lizotte.
– Perhaps the coolest part of tonight’s game was the crowd turnout at TSC. The wooden bleachers looked full all the way down the boards and there was even an addition of a set of metal bleachers in the corner to provide additional accommodations. Not to mention, the standing room areas along the side of the sheet and behind the net were completely full. A standing-room only crowd for a development camp scrimmage….nice work Kings fans!

At the end of the day, I think Mike Stothers put it best yesterday – A great day at Development Camp doesn’t mean you’ve made the team, and a poor showing won’t be held against you. Nonetheless, nice to see a game-type atmosphere at Development Camp, which concludes tomorrow morning with another scrimmage, beginning at 8:30 a.m. 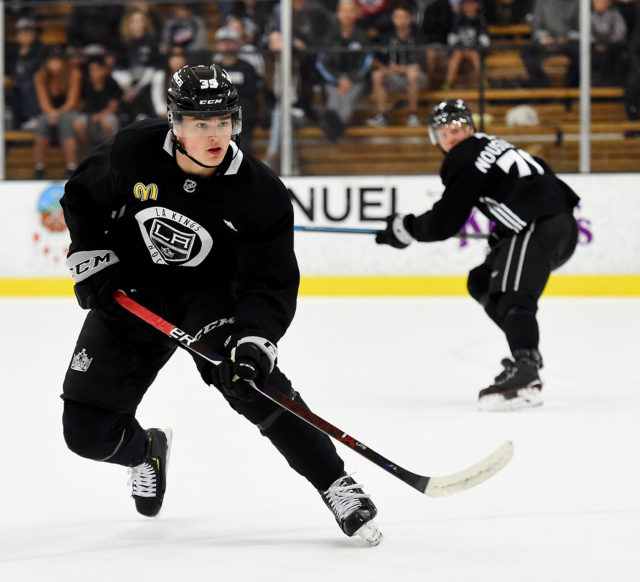 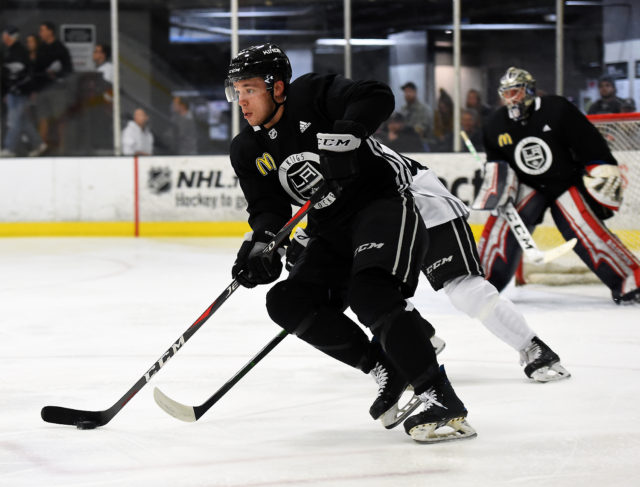 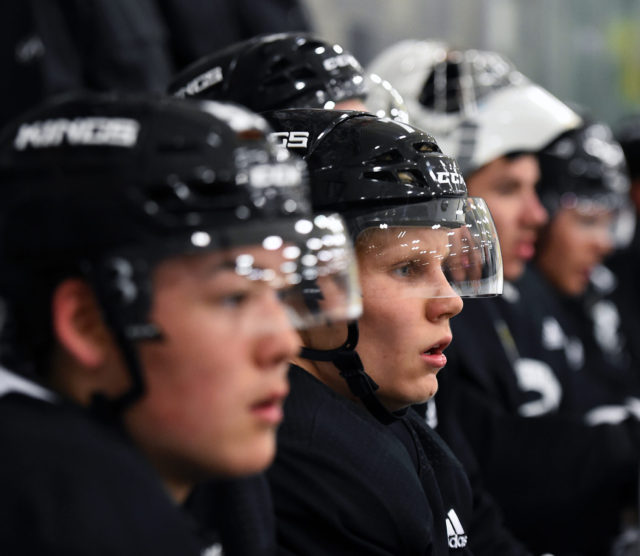 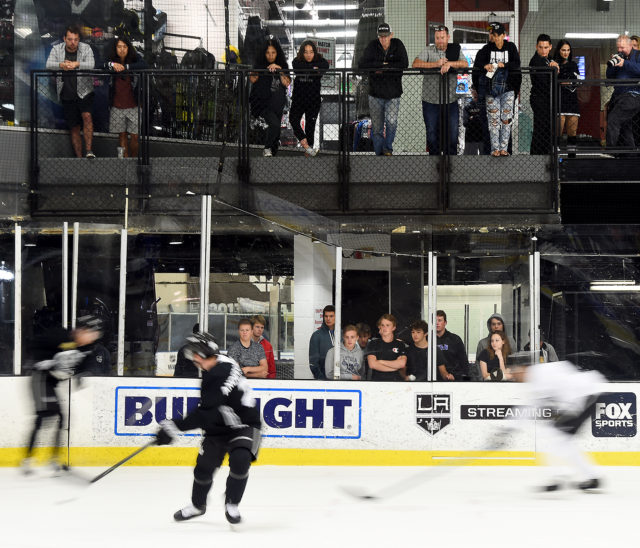