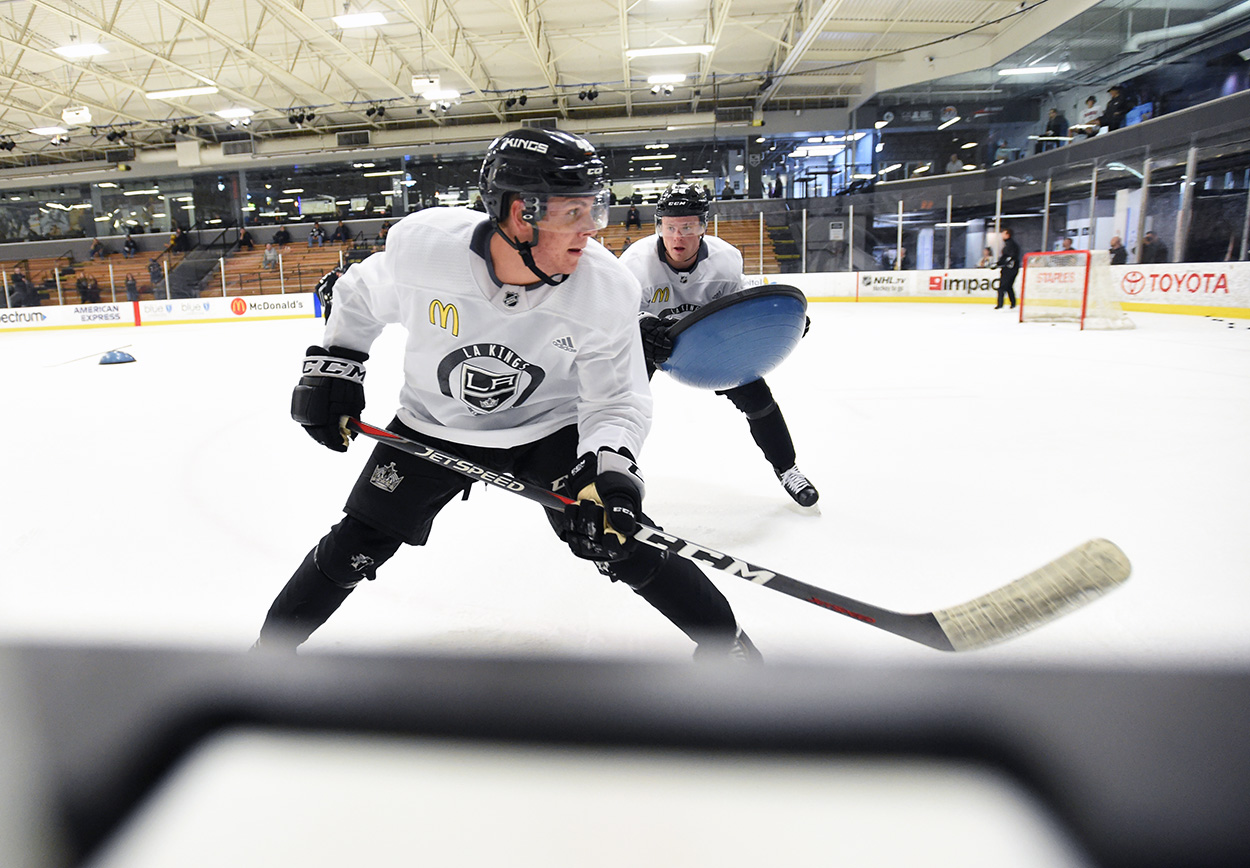 Signed by the Kings after his collegiate season came to an end, Lizotte made his NHL debut with the Kings in their regular season finale on April 6, skating in 11:12 of ice time against the Vegas Golden Knights.

For the Lindstrom, MN native, getting his feet wet with his debut out of the way was a big step heading into the offseason, knowing that he is capable of hanging in at the professional level.

“It’s just the confidence of knowing that I can play up there and not be worlds behind,” Lizotte said. “I’ve got a lot of work to do obviously, but I’m not worlds behind when playing at the highest level. That’s definitely motivating throughout the summer and it’ll be nice going into camp that I have at least a game under my belt so I can judge where I’m at from there.”

Though he was happy with his ability to be able to play at the NHL level, he knows he still has room for improvement as well.

Standing at just 5-7, Lizotte’s path to the NHL is different due to his size, though it’s not a factor that he’s going to let inhibit his ability to succeed. He is committed to gaining strength over the summer and as is the case with many younger players, learning the defensive side of the game is a priority. To play professionally full time, especially under Mike Stothers in Ontario, a commitment to being hard to play against and being structured on the defensive end of the ice is needed.

“Strength – Obviously my size is something that I have to overcome, especially at the NHL level when you’re playing against men,” Lizotte said when asked what his focus of improvement is heading into next season. “Getting stronger and position wise, just being in the right position all of the time, mental work in the d-zone and strength.”

When Lizotte chose the Kings in April 2019, he joined an ever-growing pipeline of prospects from St. Cloud State University. Reign forward Mikey Eyssimont finished off his first full professional season as a St. Cloud product, while Jonny Brodzinski, Kevin Gravel and Nic Dowd have also come through the organization from the Huskies, with current St. Cloud goaltender David Hrenak a fellow prospect alongside Lizotte. 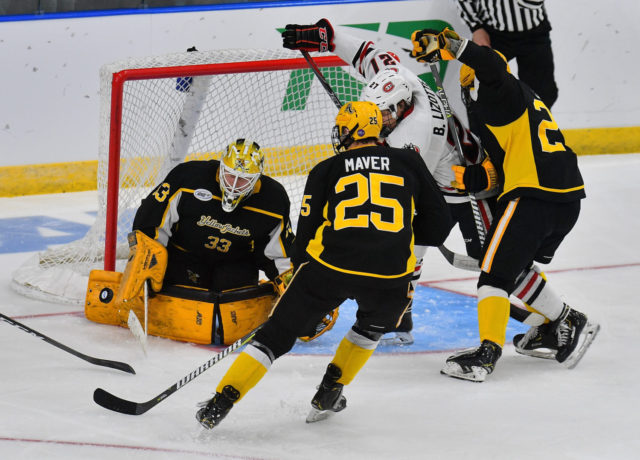 When making his decision to turn pro with the Kings after he second collegiate season, Lizotte said it was very helpful to have players who went had previously gone through the process to lean on.

“When I was making my decision to leave or stay in school, they were a good resource for me for sure,” Lizotte said. “Knowing what they went through, playing in the American League and going from St. Cloud, leaving early, I gathered all my thoughts and information from my sources and ultimately made the decision.”

Now in his first development camp, Lizotte is one of the older players attending at 21 years old. With two seasons of NCAA hockey under his belt, including a more than point-per-game season in 2018-19 (42 points from 37 games played), he is also one of the most accomplished.

The former Fargo Force standout (third all-time in Force history with 111 points, ahead of Eyssimont, Brodzinski and Alex Iafallo) is taking this experience in stride as he evaluates himself alongside his fellow Kings prospects.

“It’s been good,” Lizotte said. “It’s a learning experience, kind of see where you’re at with other prospects in the system. It’s been really good so far, it’s been a lot of fun, a little tired now through a couple of skates, which is good so it’s been a great experience thus far.”

The high-motored center adds another intriguing prospect into the mix within the Kings organization, battling for spots with the NHL and AHL clubs. Scouting reports of Lizotte have portrayed a player that skates well and can make plays with the puck, both as a playmaker and a goal scorer, and competes with a high motor. In his own words, playing at a high speed is the name of the game for Lizotte.

“Fast and exciting,” he said, when asked to detail his own style of play. “I play hard, kind of like a waterbug type guy who can make plays. I want to play the game at full speed all the time so that’s what I’ll try and do.” 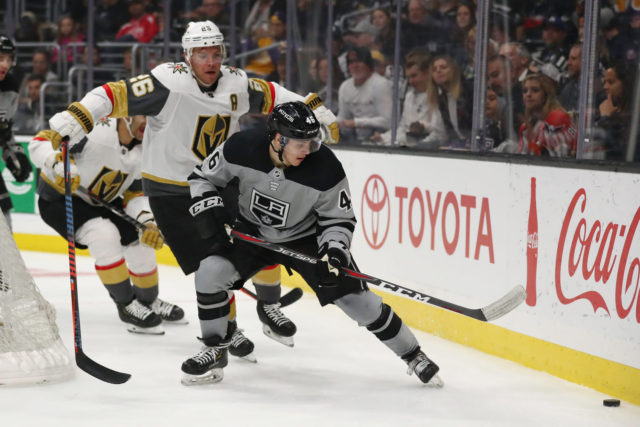