DEVELOPMENT CAMP | Mark it down for the week of June 24-28. Stop by and wish ol’ JR a happy birthday and then catch the young’ns and their booklearnin’. Trying to set an LAKI record for blogging in Cajun drawl. I set a low bar. Anyway, back to substance. Gabe Vilardi isn’t yet skating and won’t participate – this will be the third development camp he’s missed since he was drafted in 2017 – but prospects like Rasmus Kupari and Johan Sodergran, who are based in Europe and didn’t attend training camp last year, are expected to. Ditto for Cole Hults, the minutes-eating all-situational Penn State defenseman whom the team came close to signing several months ago and, barring anything unforeseen, will sign with the club upon the conclusion of his 2019-20 college season. Should (when) he sign(s), Los Angeles will have inked all seven picks from the 2017 draft. (For those new here or needing a reminder of the interpretation of “amateurism” by the NCAA powers that be, college-based Kings prospects can only take part in development camp, not training camp. Some European prospects whose club seasons begin in August – see: the Scandinavians above – also miss training camp, but Kupari will be in El Segundo for training camp this September.)

The LA Kings will host a special scrimmage as part of the club’s annual Development Camp and this year’s scrimmage will be open to the public.

The 2019 SoCal Gas In The Pipeline Scrimmage will take place on Thursday, June 27, at the Toyota Sports Center in El Segundo. Tickets to the event are free. Season Ticket Members will receive an email to RSVP to secure their tickets in advance. Remaining seats will be available on a first come first serve basis.

The scrimmage, which will begin at 6 p.m., will be part of this year’s LA Kings Development Camp, which will feature many of the club’s top prospects including players selected by the club during this month’s NHL Draft.

The entire Development Camp schedule and roster will be announced at a later date. The annual NHL Draft takes place June 21-22 in Vancouver. The first night (June 21) features the first round and the Kings currently have two selections – fifth and 22nd.

On June 21, the LA Kings will host a special LA Kings Draft Party at Grand Central Market, where fans can watch the 2019 NHL Draft!

In addition to watching the live broadcast at 5 pm, the Draft Party will also feature live elements from the Kings draft table in Vancouver, food and drink specials, a DJ, photo ops, giveaways and Kings merchandise!

Season Ticket Members will receive exclusive access to a private viewing area starting at 4 pm, autographs from Kings players and alumni, plus free food and beverages!

The highly-anticipated draft will take place in Vancouver on June 21 and 22. The first night (June 21) features the first round and the Kings currently have two selections – fifth and 22nd.

On the second day of the draft (June 22), the Kings currently have eight selections, including one second-round pick, two third-round picks, two fourth-round picks, and one pick in each of the the fifth, sixth and seventh rounds.

In addition, the Kings are asking all guests to join them in support of Covenant House LA and the homeless youth they serve by bringing new twin bed sheets, pillows, blankets, towels, underwear and toiletries to the Draft Party.

For each item donated, fans will receive a raffle ticket and one lucky donor will be randomly selected to receive an LA Kings Fan Pack, a limited-edition duffel bag made from upcycled materials that comes complete with 10 useful and novelty Kings-branded items.

O.G. Kings blogger/vlogger Matt Murray of Life in Hockeywood was there at the draft party at Hollywood and Highland in 2007, the night the Kings selected Thomas Hickey fourth overall. While this is engrossing and exactly what I was hoping to embed, those moments immediately before the pick was made make me uncomfortable.

I don’t recall the exact details, but there’s a story that the day before the first round of the draft, word circulated among the upper business and PR staff that the team was expected to go “off the board” with the fourth overall pick, and that made them… apprehensive.

Hickey, who was claimed off waivers by the New York Islanders at the start of the 2012-13 season and has appeared in 449 games since, has emerged as a useful depth defenseman who has crafted an effective penalty killing role. He averaged 18:30 last season but was limited to 40 games as he spent much of the winter months working his way back from an upper-body injury that required “going through all the protocols from a medical standpoint but also some protocols internally.” Because he signed a four-year, $10-million contract last off-season, he’s got three more years on the books and a $2.5-million AAV, which is a touch on the high end for a player who was a sixth or seventh defenseman down the stretch and in the playoffs.

PRIDE PARADE | The LA Kings will take part in the 2019 LA Pride Festival & Parade this Saturday and Sunday in West Hollywood. More details are available here, but the Parade takes place on Santa Monica Boulevard, beginning at Fairfax Avenue and ending at Doheny Drive. KABC-7 will broadcast the event from 11:00 a.m. to 2:00 p.m.

I’m not aware of any players scheduled to participate at this time, but the Kings, the Galaxy and AEG will have a co-branded float in the parade that I’m told will feature “a variety of LA Kings personalities.” 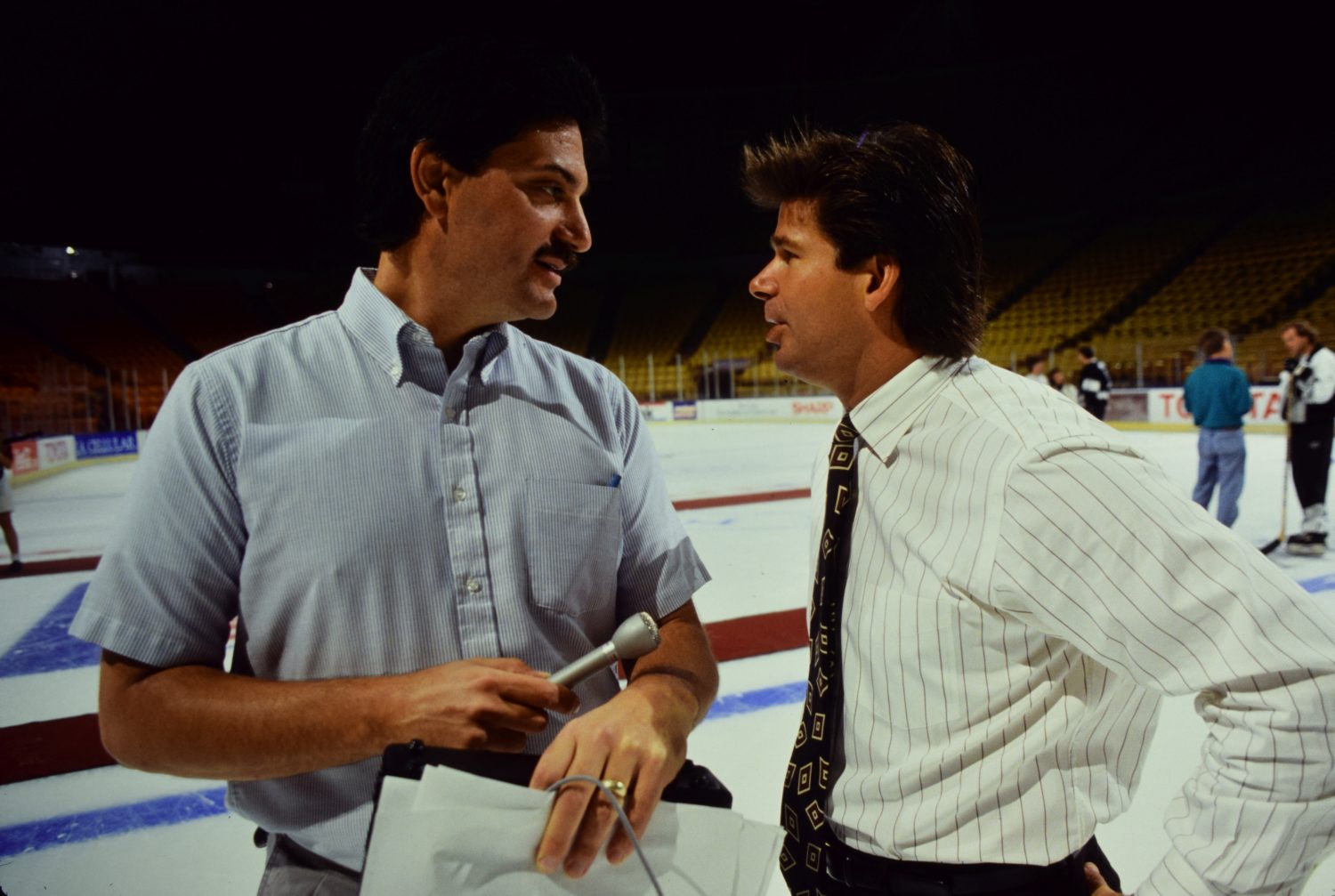 Austin Wagner and the #LAKings will be celebrating Pride Night tonight. For more information, and for ticket packs that come with a long-sleeved shirt, visit LAKings.com/pridenight.