Via the NHL (more from John Kreiser)… 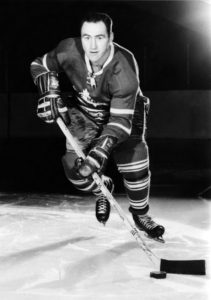 “The National Hockey League mourns the passing of Leonard ‘Red’ Kelly – a man whose hockey career is so storied and distinguished that it may never be duplicated. The favorite son of Simcoe won eight Stanley Cups – four each with the Detroit Red Wings and Toronto Maple Leafs. Red was cut from his prep school hockey team but was elected to the Hockey Hall of Fame shortly after he played his last NHL game.

“It is no surprise that Red was a fan favorite at the NHL’s Centennial Celebration in 2017, when he endeared himself to an entirely new generation of hockey fans. I was in awe at the reverence and respect today’s players had for him – even though they may have never seen him take the ice.

“Red was the ultimate hockey renaissance man who seemingly could do it all. The inaugural winner of the Norris Trophy, Red won his first four Stanley Cups as one of the League’s best defensemen and his next four as a forward. He was a champion boxer during his school days at St. Michael’s College, yet he won the Lady Byng Trophy for gentlemanly conduct on the ice four times. For three years, he was simultaneously a player for the Maple Leafs and a member of the Canadian Parliament.

“A six-time First Team All-Star and two-time Second Team All-Star, Red finished his playing career with 281 goals, 542 assists and 1,316 games played. After a career on the ice with two Original Six clubs, Red headed west and embraced the expansion Los Angeles Kings as their first head coach – taking them to the playoffs twice. He also led the Pittsburgh Penguins and Maple Leafs behind the bench. Red Kelly was a hockey legend in every sense and his impact on the game will last forever.

“For all of his professional success, Red often said the greatest joys in his life came from his family – especially his wife, Andra, who was his lifelong partner. We send our deepest condolences to the entire Kelly family, as the hockey world mourns the loss of one of the greatest players and men that the game has ever known.” 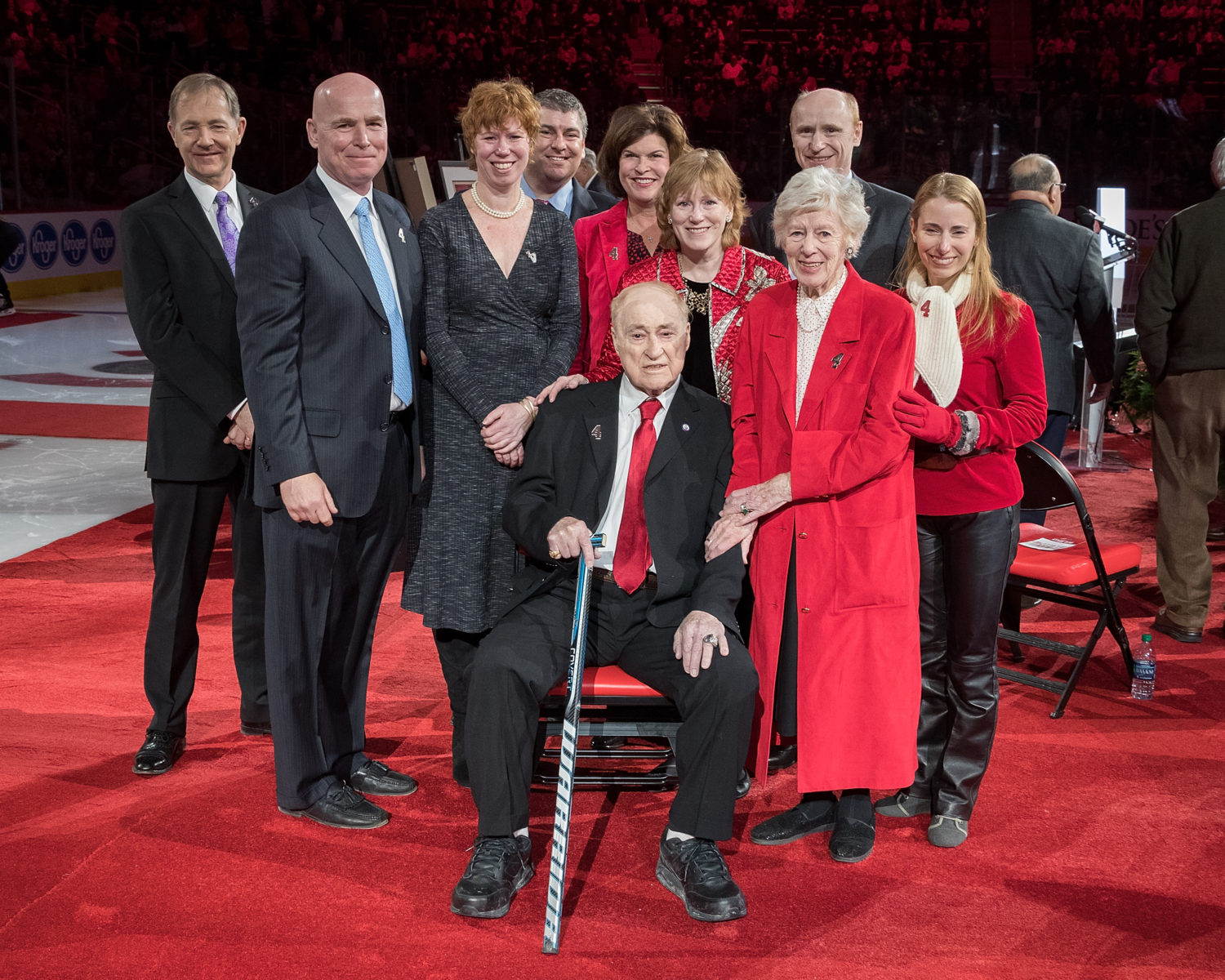 Leonard ‘Red’ Kelly (center) and wife Andra Kelly (right) with family as his No. 4 jersey was raised to the rafters during a ceremony prior to an NHL game between the Detroit Red Wings and the Toronto Maple Leafs at Little Caesars Arena on February 1, 2019 in Detroit, Michigan. (Photo by Dave Reginek/NHLI)