There are morning skates scheduled for Friday and Saturday, but you’re looking at the actual last practice of the 2018-19 season. Blake Lizotte participated, though Kurtis MacDermid (upper-body) and Brendan Leipsic (lower-body) did not. Both have skated independent from the team and are doubtful to play in the two remaining games, at Anaheim on Friday and at home against Vegas on Saturday. “They haven’t skated enough yet,” Willie Desjardins said. “I think they’re both getting pretty healthy, but they just haven’t practiced so it’s hard to get ‘em in.”

Wearing #46, Lizotte showed a good ability to get up and down the ice while rotating through Jeff Carter’s line. “He was good. He’s quick. He’s got lots of quickness, good skill,” Desjardins said, “But, yeah. I liked his quickness.”

Lizotte will “probably” get into the season finale at center against Vegas, Desjardins confirmed. “There’s lots of hockey ahead of him to see where things turn out, but for now we’ll take a look at him at center. It’s his natural position, so we’ll take a look there.”

Speaking of his decision to join the Kings, Lizotte referenced St. Cloud State’s Los Angeles pipeline and the recruitment push by Brooks Bertsch, a former Husky who previously served as an L.A. video coach before moving into the scouting department as a Midwest-based amateur scout.

The second and third defensive pairs weren’t as easy to pick up on, but the rest of this alignment should be accurate.

More to come from Lizotte, Jack Campbell, Dustin Brown and the scouting staff throughout the day. Let’s talk soon. 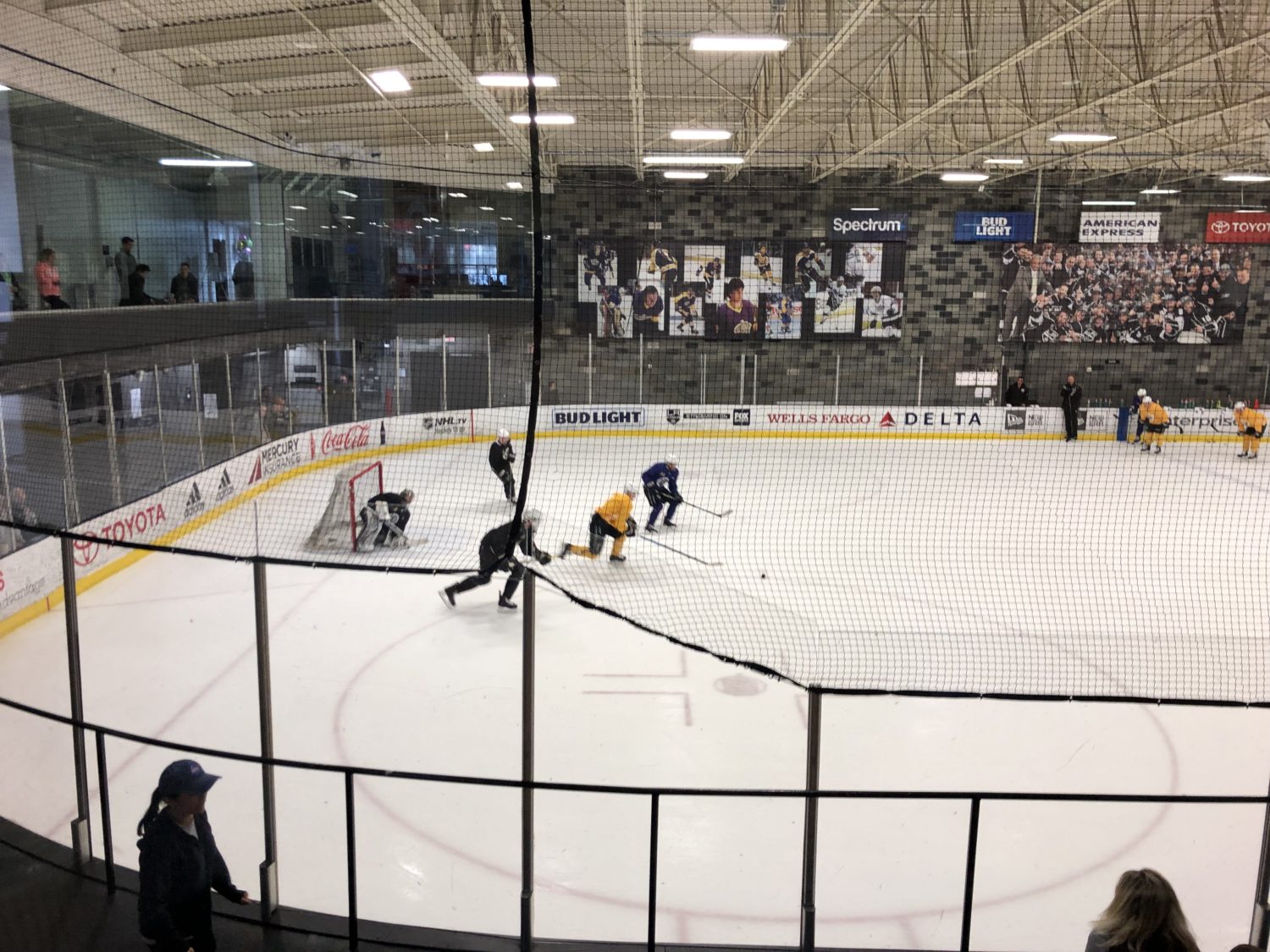