With Anze Kopitar playing his 999th game and Patrick Kane his 899th, the aging Kings-Blackhawks rivalry, now five years since the teams last met in the playoffs, showcased a good mix of familiar actors and fresh faces and ended in the completion of a three-game series sweep, the first by Los Angeles in two decades. And there was a familiar script, but the good one: Jack Campbell plays well; Austin Wagner scores; young players provide intrigue despite limited minutes. While Patrick Kane took eight shots on goal and seemed to threaten and create rebounds from anywhere in the offensive zone, as usual, there were also heads-up strikes by those yet to make a mark on the rivalry in Alex DeBrincat and Erik Gustafsson. There were similar stories for the Kings. Michael Amadio netted an important late goal and Kurtis MacDermid continued to give Willie Desjardins a reason to keep him in the lineup, and yet this game was still as good as any at painting a picture of Drew Doughty’s impact at both ends of the ice. While some of his minutes have been reduced late in the season – entering Saturday, Doughty had finished with fewer minutes than his seasonal average in 10 of 12 games – he was used heavily against the Blackhawks and fared well in much of his ice time against the DeBrincat-Anisimov-Saad line. His partner Derek Forbort was also effective with his stick, particularly while cutting down passing lanes on the power play. 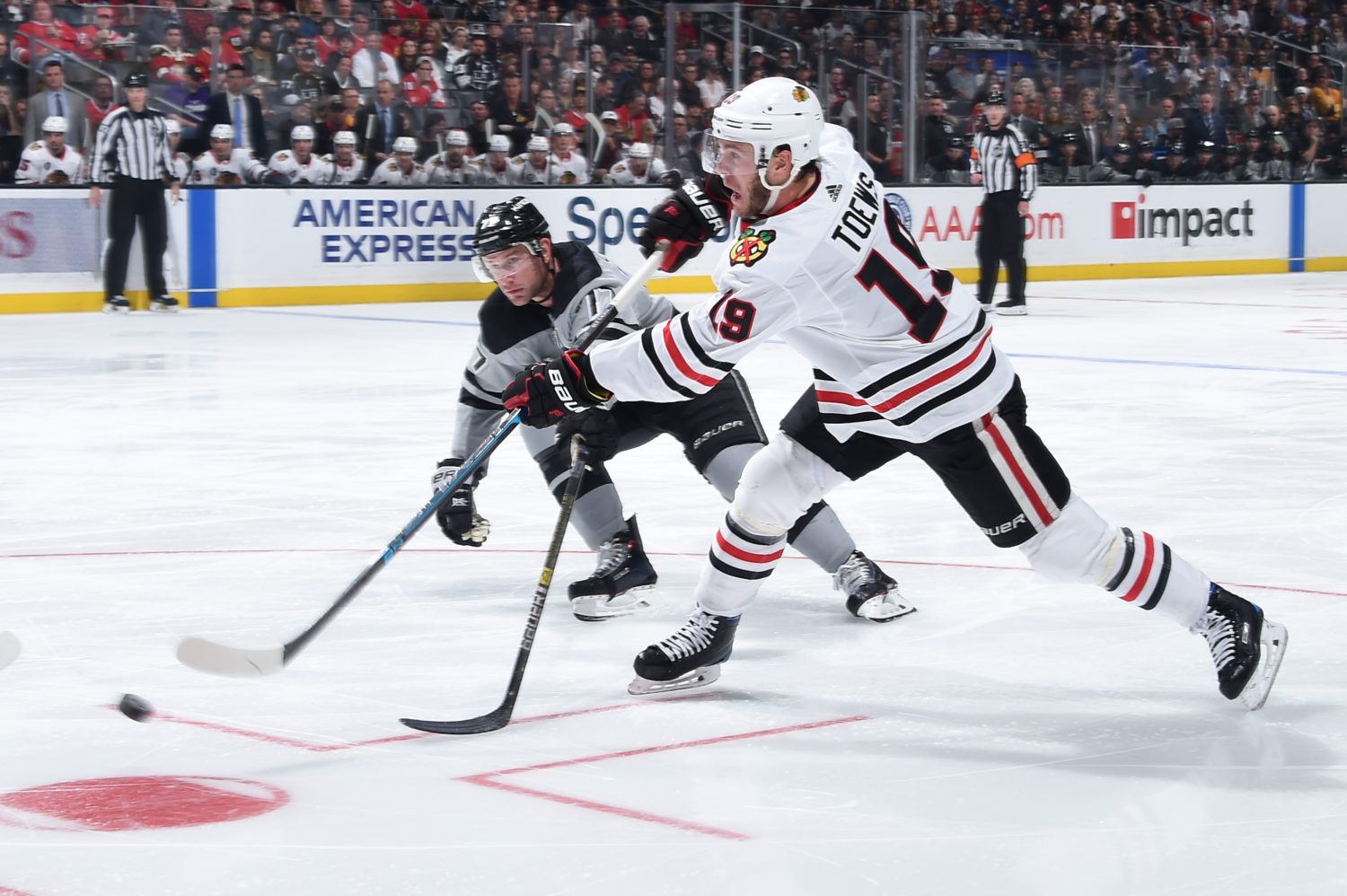 To repeat a point made in one out of every three previous WUWTKs, Austin Wagner was not expected to have this kind of a season. By recording his 12th goal and 20th point in his 58th game, he continued to hammer home the most unsung and unexpected performance of the season – and he did so with flair and confidence. Matt Roy created a turnover and quickly fed Jeff Carter, whose backhanded touch to Wagner allowed the forward to turn on the jets and blow past Carl Dahlstrom before snapping a puck over the shoulder of Corey Crawford on a breakaway. It was noted yesterday that he’s added the ability to score goals from close range, but that’s still more of the pure speed goal he’d built a career out of scoring in junior hockey, and the emphatic finish came as a result of encouragement by Dave Lowry and the coaching staff to shoot rather than deke, according to Desjardins. Whether the coaching staff of the development staff, it’s clear that this is a player who has taken well to instruction this season. “When he first got here, he was kind of a fill-up. He’s a guy we expected to come in and play two or three games,” Desjardins said Sunday. “He wasn’t expected to stick around, in my mind. He was expected just to kind of come in because his history didn’t show that. It didn’t show that he was an unbelievable junior, it didn’t show that he was an unbelievable American Hockey League player. Like, it showed he was good but not unbelievable like you’d think you need at the next level, and he’s just come in and done that.” And good for him. There’s no talk about needing to play with certain people or on certain lines that can bring out the best of his best ability – and Wagner does not project as a top-six player – but rather a player who simply has gone out and scored goals. It’s important to have depth speed and scoring threats with the rise in pace and skill across the league, and Wagner’s providing that. 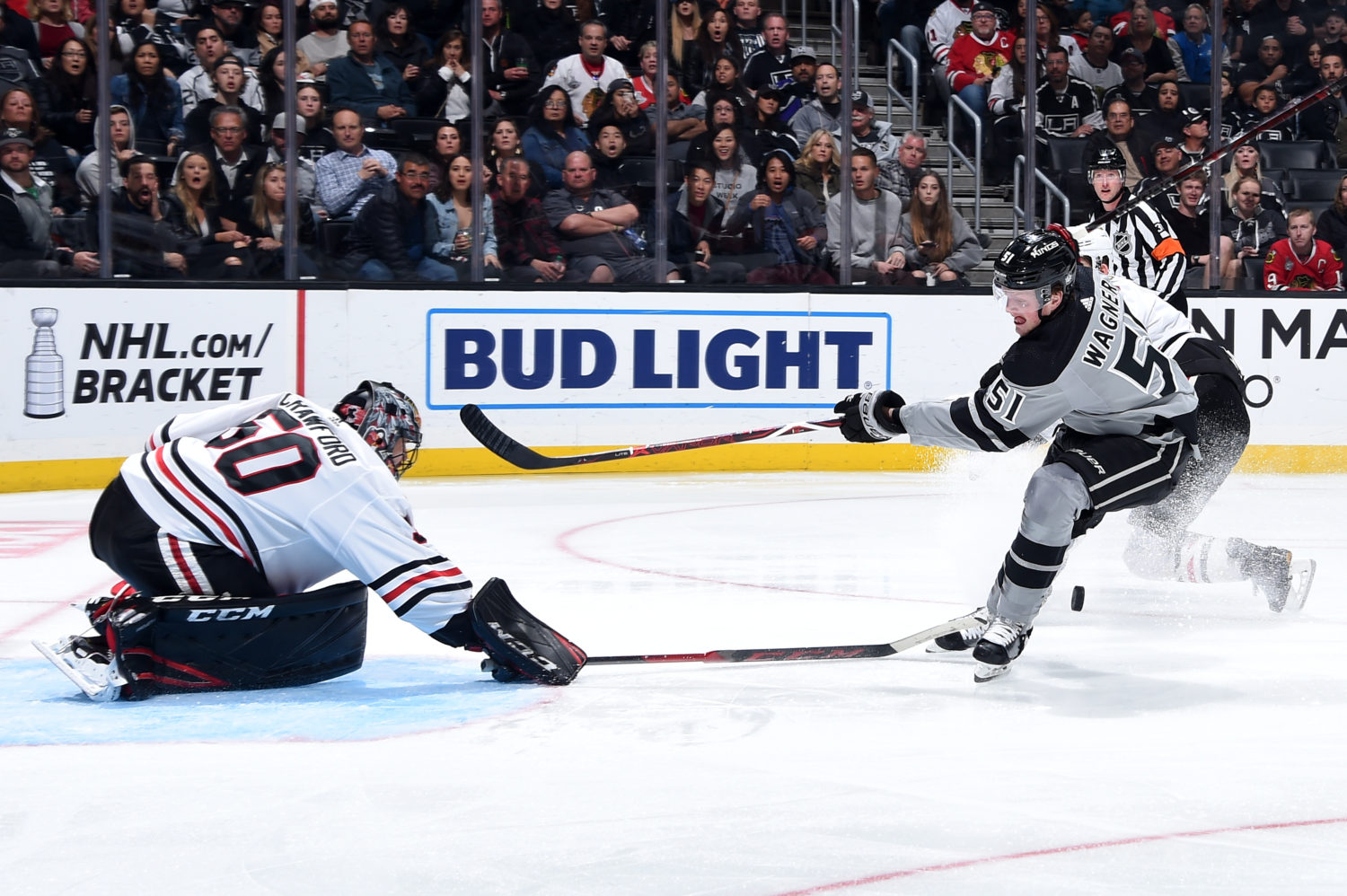 And lo, one week remained in the 2018-19 season. Clearly Ottawa’s (err, Colorado’s) to lose, the best lottery chances could be wrapped up as early as Monday but will likely wait until later in the week. New Jersey has come on strong of late, which should push L.A. fans into rooting for the Devils over the visiting Rangers on Monday night. From there, New Jersey travels to Carolina and Florida to play its final two games and is tied for the fewest road wins in the league. All other teams in the mix for top odds have four games remaining, including Los Angeles, which will split its games into bookends of back-to-back sets. 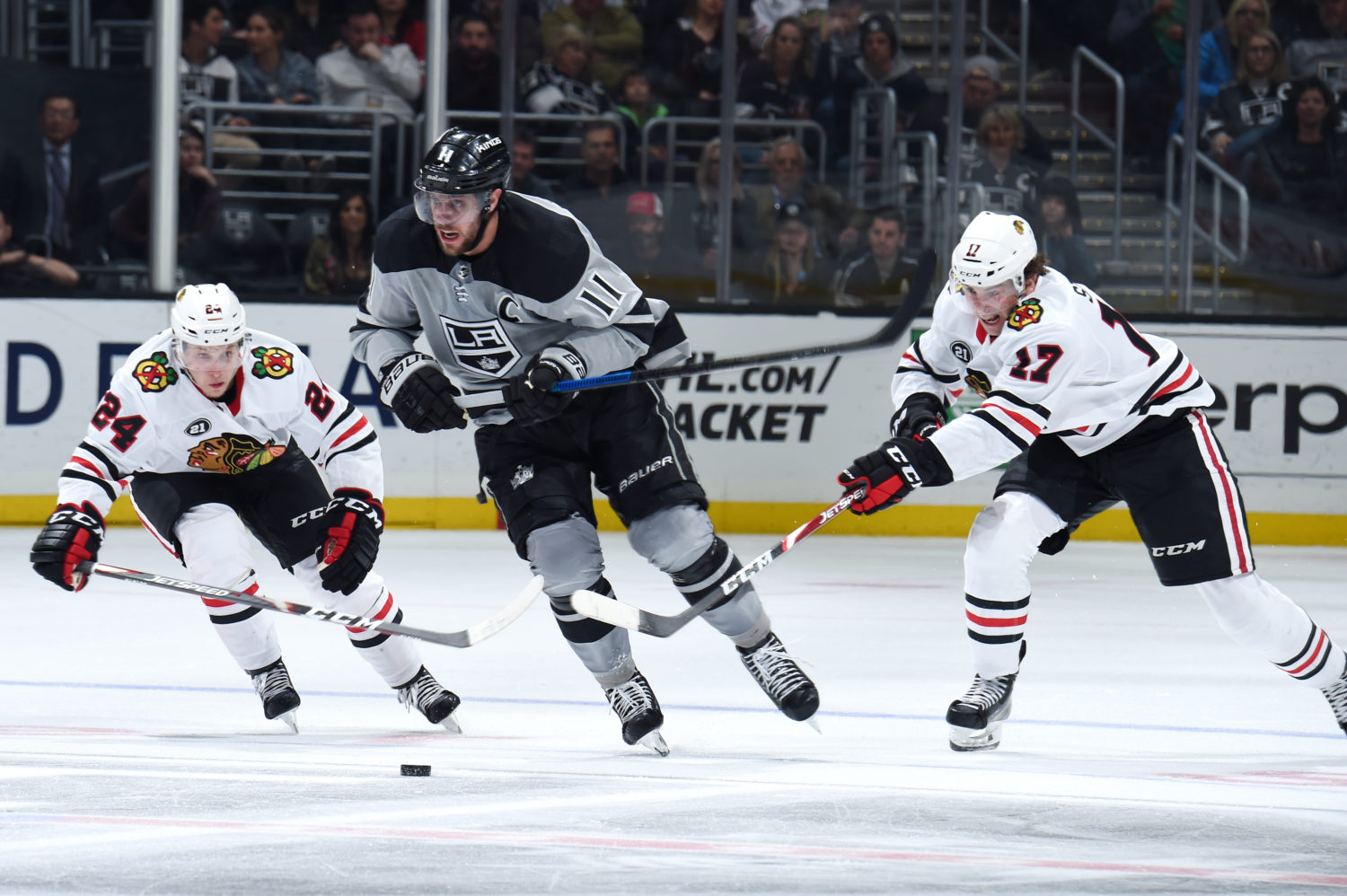