INSIDERS. Good afternoon from Vancouver. It’s a busy day, what with Dustin Brown setting a major franchise milestone. We’ll get to that later. But first! Abbreviated news and notes regarding tonight’s match-up, which will be begin at 6:30 p.m. with an LA Kings Live pre-game show (FOX Sports West / FOX Sports app / LA Kings Audio Network) in which Jim Fox will speak to Brown, I’ll speak with Drew Doughty about Brown, and others will also lionize the organizational legend as he suits up for the 1,112th game of his standout career. First, the nitty gritty, starting with personnel:

— The vitals: Jonathan Quick was the first goalie off and is the presumed starter versus the Canucks, against whom he’s 18-16-3 with a 1.80 goals-against average, a .933 save percentage and five shutouts in 37 career appearances. This will be the 600th game of his career, which would be 211 more games than any other goalie has played with the Kings. He’ll become the 51st goalie in league history to reach 600 games played, and among active goalies, he trails only Roberto Luongo (1,040 GP), Henrik Lundqvist (855), Marc-Andre Fleury (796), Ryan Miller (755), Cam Ward (698), Carey Price (620), Pekka Rinne (619) and Craig Anderson (611). Dion Phaneuf and Paul LaDue remained on the ice for extra work with Jack Campbell, though none of the trio remained on too long. Asked whether there would be lineup changes, Willie Desjardins indicated that such decisions hadn’t yet been made. “There’s a few guys that are questionable, so we’ll probably have to wait and see,” he said.

— Their vitals: Thatcher Demko, a Scripps Ranch native who billeted in El Segundo during his time with the L.A. Junior Kings is the Canucks’ projected starter. The former Boston College Eagle, selected in the second round in the 2014 draft by Vancouver, grew up in the San Diego suburbs but made clear that he was raised as a Kings fan by his father. Sharing with Kings broadcasters that Felix Potvin was someone he greatly admired as a young goalie, he later worked with Jamie Storr while with the Junior Kings and referenced Ziggy Palffy and Mattias Norstrom as his favorite Kings of all time. He also made sure to share the satisfaction that Bob Miller was able to call a pair of Stanley Cup triumpmhs. That will endear himself to the Los Angeles faithful in the morning, but come nighttime he won’t be doing his childhood team any favors. He’ll be expected to make his eighth career appearance tonight; he’s 3-3-0 in his career to date with a 3.40 goals-against average and an .889 save percentage.

More important to Vancouver fans and league-wide interest is that esteemed defensive prospect Quinn Hughes, selected seventh at the 2018 NHL Draft out of the University of Michigan, is expected to make his NHL debut tonight after recovering from an ankle injury sustained earlier this month during the Big Ten tournament. The Canucks will still be without Brandon Sutter (IR/lower-body), Christopher Tanev (leg) and Antoine Roussel (knee).

— Tanner Pearson and his wife, Meaghan, got a big kick out of Tyler Toffoli’s scrap with Oscar Fantenberg from Monday’s game in Calgary.

“That one caught me off guard,” Pearson said. “It was pretty funny – I think they joked about it afterwards. That’s the way it is. Anything can happen on the ice, but afterwards, you catch up and have a smile and a laugh, and I’m sure they did.”

There had been a few texts exchanged between the former teammates, but don’t expect Toffoli’s second NHL fight to take place tonight against his long-time friend and fellow That 70’s Line-mate.

“I told him to be careful tonight,” Toffoli said with a smile. “Like I said earlier, it probably won’t happen, but at the same time, it’s hockey, and you never know.”

— I’ve been chatting about Brown with a number of players selected during the legendary 2003 NHL Draft, which makes a strong case as the greatest in the history of the league. Selected 28th, 15 spots behind Brown, Corey Perry of Anaheim is 16 games shy of 1,000 and has tremendous respect for the other 1984 and 1985-born players who’ve made their marks on the league – and that includes long-time foes Brown, Jeff Carter, Mike Richards and Dion Phaneuf, as well as teammate Ryan Getzlaf.

“Yeah, there is respect,” Perry said. “You could say I’m friends with a couple guys over there and I’ve been to a few weddings on their side and they’ve been to mine. When you play a team in your career 80 times … you have a lot of battles when you’re on the ice and between the boards, but as soon as the puck drops and you get off the ice, yeah, you’re going to say ‘hi.’ I’ve been in this league a long time and became friends with a lot of guys.”

— More to come from Perry, Carter, Phaneuf, and, most importantly Brown, who will also join me during the LA Kings Live post-game show. If you have Sportsnet coverage, I’ll also join Dan Murphy during the first intermission to talk Brown, Kovalchuk and more. Enjoy your Thursday, Insiders. Let’s talk soon. 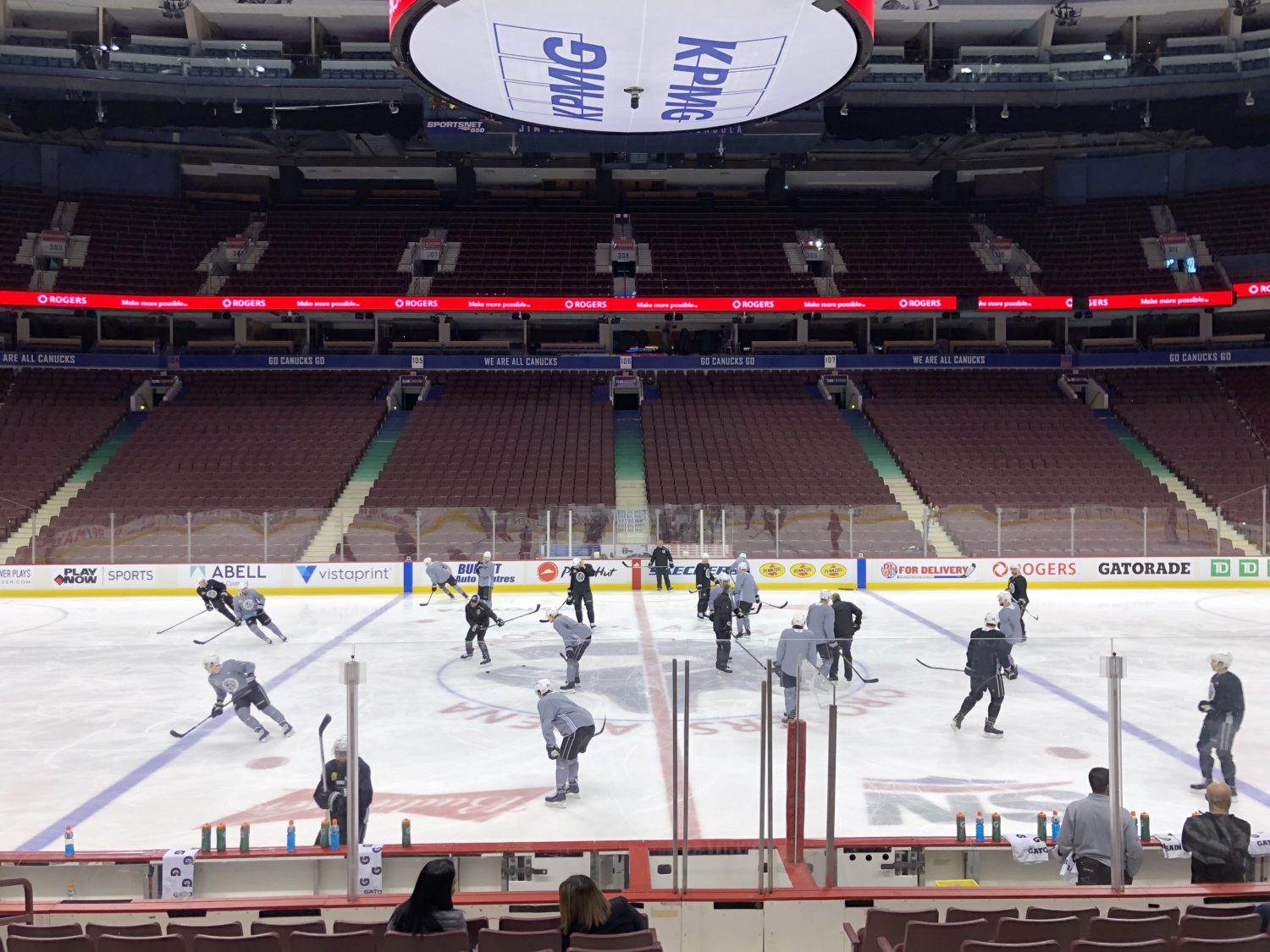