Waking up with the Kings: March 27 - LA Kings Insider

It’s easy to compare Tuesday’s 8-4 loss in Edmonton to a classic, mid-1980’s Smythe Division Kings-Oilers battle, what with all the 12 goals, two fights and the general loosey-gooseyness affording the most skilled players on the ice ample opportunity for exhibition. And those skilled players were Oilers, namely Ryan Nugent-Hopkins, Leon Draisaitl and Connor McDavid. They took advantage of the Kings’ ability to maintain their forecheck, striking five times in the first period with zone-exiting and entering impunity that fueled a transition game that even in down years will burn teams that struggling to limit their speed and cadence. Poor coverage in-zone led to goals later in the period that chased a blitzed Jonathan Quick, who faced seven shots on goal in the first six minutes and allowed five goals in a period for the first time in his career. So, while perhaps there was that 1985-86 vibe, there was also very much a 2018-19 vibe, and so the Kings will head into the trip’s rubber match Thursday in Vancouver with a fine opportunity to expunge the sour taste left from the type of game we hadn’t seen very much of this decade. It’s easier to think that the team will hit the ice at Rogers Arena with a touch better focus and cohesion, looking to win a game on a night Dustin Brown reaches a major organizational milestone. 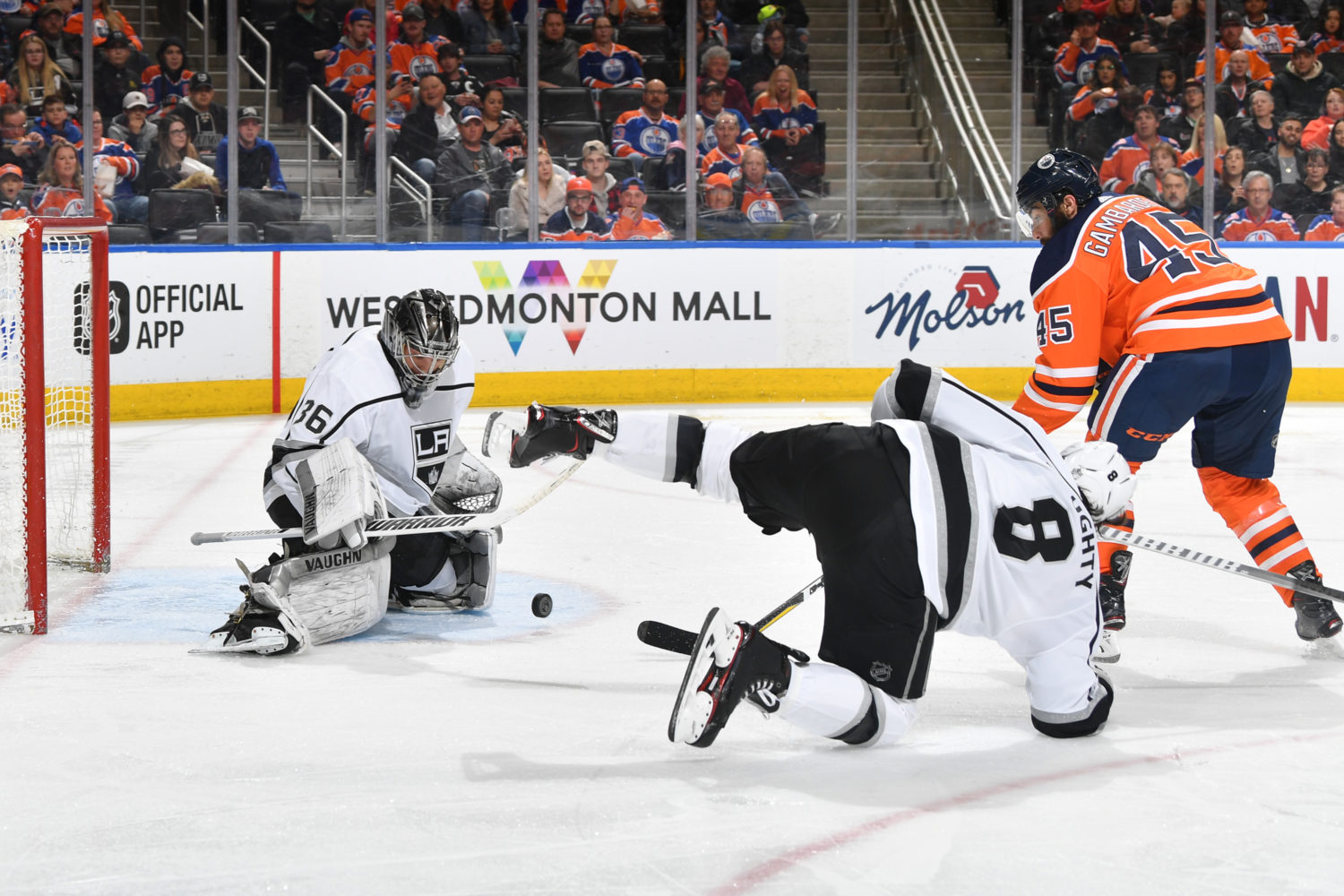 There was more encouraging play from Carl Grundstrom, who now has four goals in nine games and has appeared to be comfortable playing his own game at this level. He had three shots on goal, seven shot attempts and five hits against the Oilers and though that depicts a solid application of his north-south wrecking ball game, he also made a high skill and confidence play by cutting to the inside of Adam Larsson and unleashing a crisp wristshot over Mikko Koskinen’s shoulder. All of this is said with heart-eyed respect towards Jake Muzzin and how terrific he was this year (and most years since his NHL debut), but the trade with Toronto is looking like it could produce some pretty encouraging returns. We won’t know the full ramifications of the trade for another several years, but Grundstrom has been as advertised, Sean Durzi was recently compared to Peyton Manning and Tom Brady by a member of the team’s counting staff for his ability to look off first and second options and have the poise to find a third option without hesitation along with his power play quarterbacking ability as an offensive string puller. It remains to be seen where the draft pick will fall, but if Toronto loses a first round series to Boston, Los Angeles could be looking at a very valuable mid-first round pick. 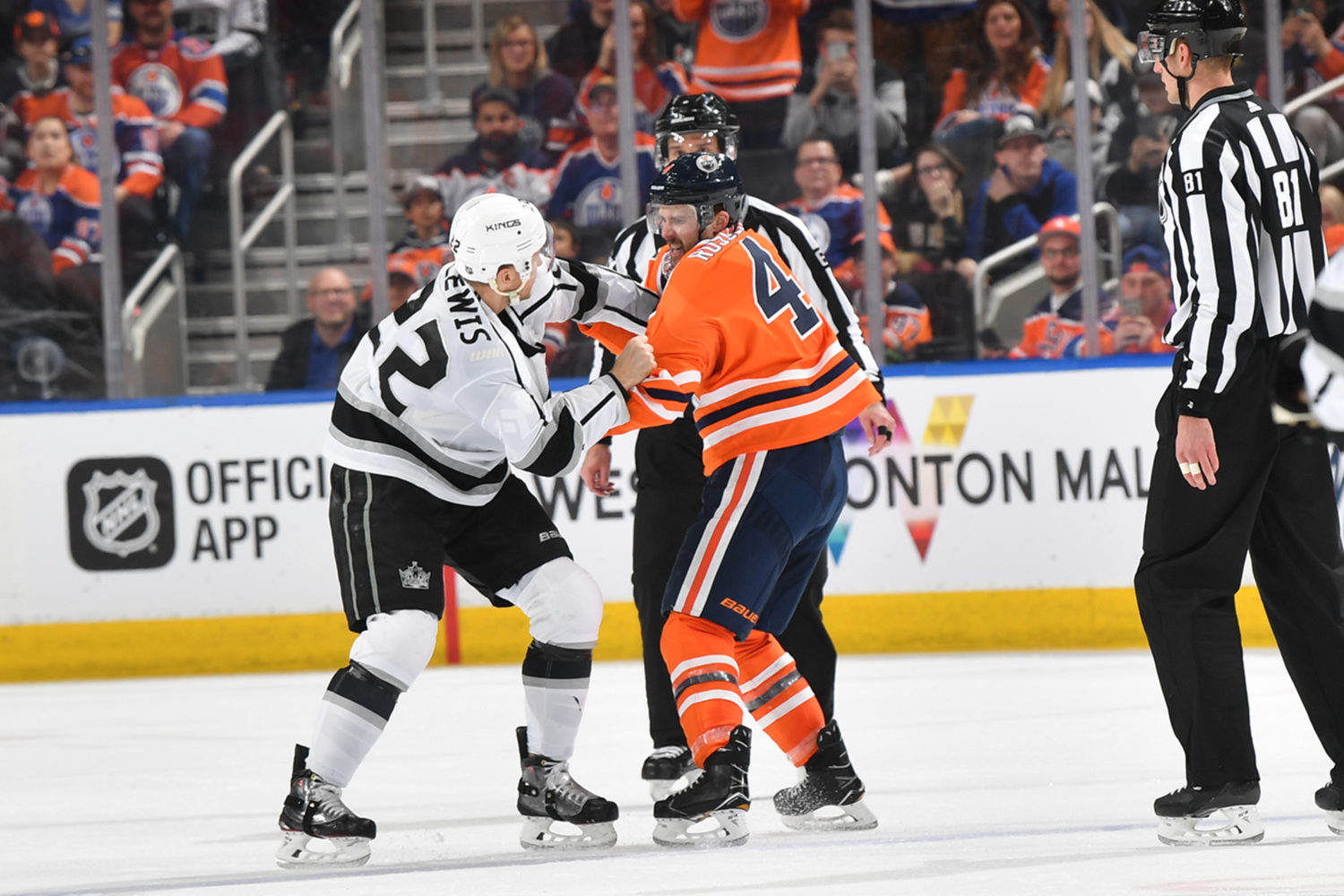 This shouldn’t really be seen as a compliment, but even though the team fell behind 5-1 and 7-2, they showed the fight and will to at least make a comeback plausible and the game interesting and emotionally charged. There were some individual improvements within the game that showed sturdiness and ability to respond well to adversity, and for someone like Matt Roy, there was encouraging play after he was on the ice for two Nugent-Hopkins goals and one McDavid goal through the first 32 minutes. This is an example of trial by fire, but despite one of his rougher half-games at this level, he played a strong final 30 minutes and was able to disrupt multiple Edmonton rushes with good feet and a good stick. Not that he needs any real recalibration to his well-buttressed approach, a game like this – against the best player in the world and another pushing 50 goals – can always serve an off-season training and skating reminder of a real life snapshot of the world-class skill he’ll face night-in and night-out while vying to craft a full-time role in the NHL. 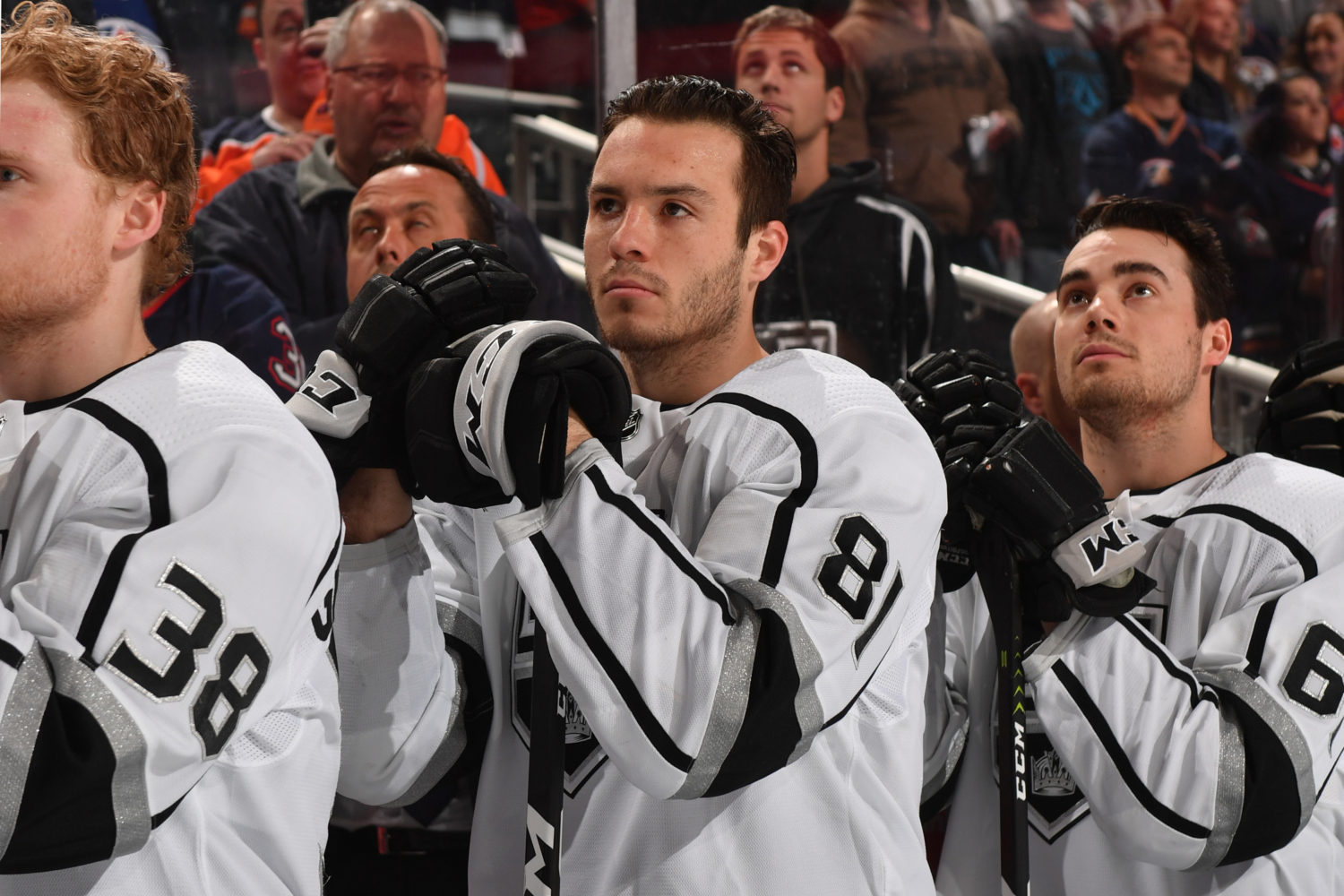