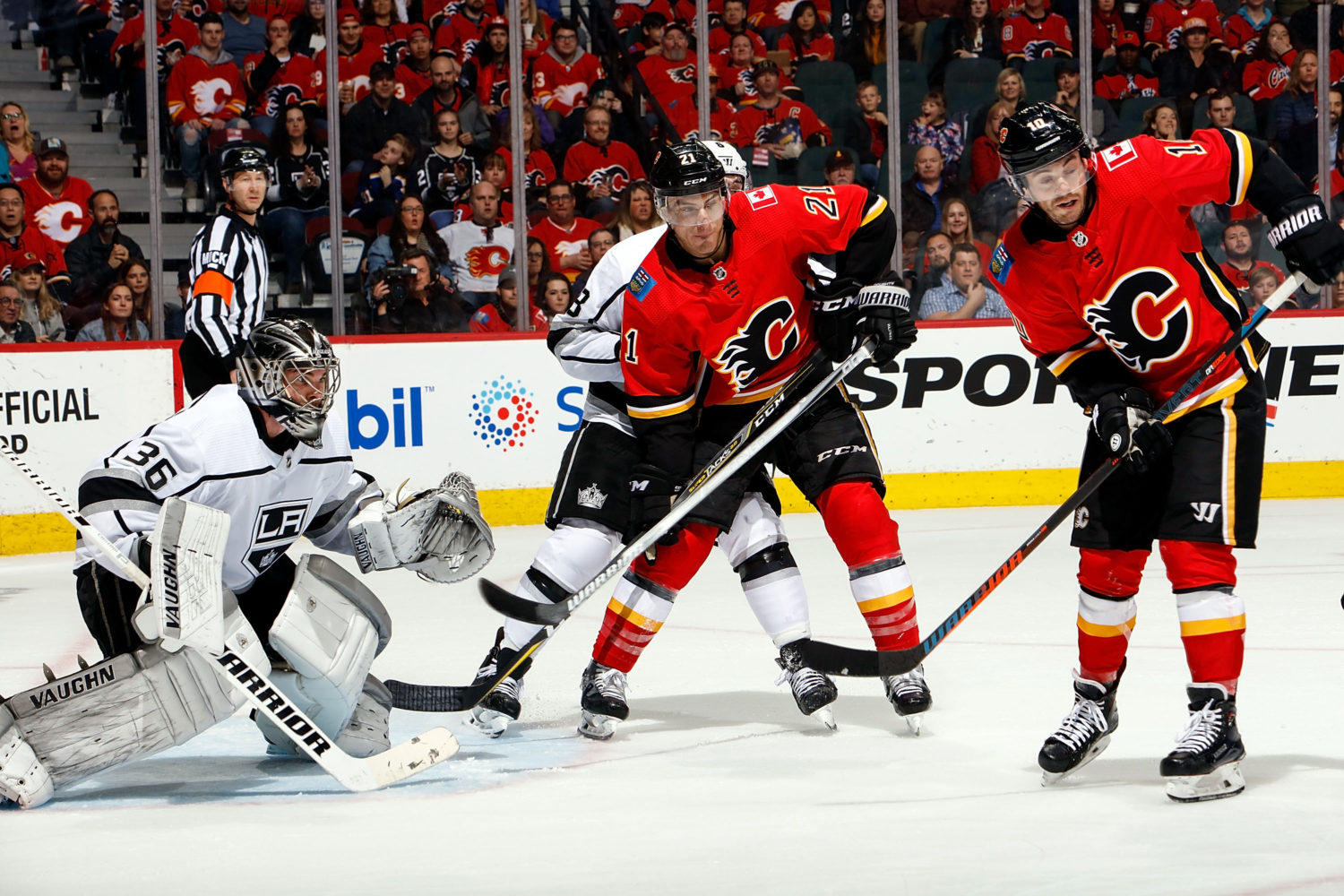 Willie Desjardins, on defending well and the overall performance:
Well, I thought they got lots of chances. I thought we played well the first half of the first period. They didn’t have a lot. They didn’t have a lot. They got some power plays, and then they generated some stuff off their plays. Overall, I thought our guys played smart. They’re a good team, a real good team, and I think we were on our heels a little bit but we didn’t break.

Desjardins, on whether quotes like Drew Doughty’s today tangibly ramp up emotion and intensity:
I think there’s always dislike between players, like every game you have it. It’s not just that game, it’s every game you get that. So that wasn’t unusual. You can see that in every game, there are certain things. But yeah, it does bring a little bit more emotion to it, and it was probably good for both sides.

Desjardins, on what he liked with the penalty killing:
I liked the goaltending, I thought the goaltending was good. I thought Campbell had a great night. Not just his saves, but he didn’t give up a lot of rebounds.I thought our D were good through our shooting lanes, but I played a lot of guys a lot early. Kopitar and Brown had 16 minutes after two periods, and it’s hard to give anybody that many minutes. But our big guys played well and kept us in the game.

Desjardins, on a “proud group” playing better hockey late in the season:
Lots of character in that room. Those guys are great guys, and that’s a battle every night. There are so many good teams. You never get a night off, and so it’s tough. But it was good to see our guys respond, and I did like our character, and it was great to get a win.

Jack Campbell, on tonight’s game:
I thought we played really well. That’s a really tough team over there. Obviously they’re having a really great year, so knew it was going to be a real strong challenge. They always come out hard in their building. I thought they played well. I thought did what we had to do to win though and it feels great to start the road trip with a win.

Campbell, on keeping Calgary 0-4 on the power play play:
They have crazy, talented players and their power play, I thought we just eliminated a lot of their high end chances because we won some draws and cleared the puck 200 feet and when you do that, they’ll get frustrated. I still thought they got some chances, but that’s what we draw up. That’s kind of like my shot from the wing there, so our guys in front of me did a heck of a job and it was just a great team effort.

Campbell, on forcing Calgary to take shots from the outside:
I just thought we played really well and it was a big win.

Campbell, on getting his second career shutout:
It’s a great team like I said and tough building. They have great fans and it’s a great environment and this is the fun time of the year. Obviously it sucks for us, where we’re at, but it’s still fun to compete against teams that are getting ready for a run and being in Canada it’s just always fun playing hockey. It was a big win and it’s a big win to start the road trip.

Campbell, on whether the final stretch of games sets the tone for next season:
It doesn’t matter where we are in the standings. You can control what we have in front of us. We can’t control what happened this year up to this point. But winning three games in a row now, and coming into Calgary with the team they have and getting a win to start the road trip, that’s exciting and that’s good hockey right there, so we’ve just got to keep that going and if we play like this, it’ll be a fun however many games we have left.

Dion Phaneuf, on keeping Calgary scoreless despite their 42 shots on goal:
They played really well, but I thought that we did a lot of really good things as well. Obviously, Jack was incredible for us. Made some big saves at key moments that kept us in the game. But we wanted to come in and play a good road game against a very good team. They’re where they’re at in the standings right now for a reason. They’re a deep team, they’re a fast team. They play with structure and I thought we did a really good job tonight and we deserved the win. The shot clock didn’t show as much of that, but at the end of the day we found a way to put more pucks in their net than they did in ours. So, we found a way to win and we’ll take it.

Phaneuf, on playing with “pride on the line”:
Yeah, our job as players is to play. Where we’re at in the standings, we’re well aware of that. Everyone is disappointed in that, but the bottom line is we’ve got games to play. You’ve got to be professional about it and do your job.

Phaneuf, on Doughty’s pre-game comments on Tkachuk:
To be honest with you, I didn’t see it. But I know that they’re both emotional players. They play the game hard and I think you saw that again tonight. He’s having a great year. Dewey’s one of the best defensemen in the national hockey League. He’s won. He’s very accomplished, but he’s extremely competitive, and he plays the game hard and he plays it the right way. So, I didn’t see, to be honest, the first time you told me about it was right now, but I think you saw some fire. There’s always fire in different matchups, rivalries, players, teams, so that’s no different.

Phaneuf, on whether there was “extra juice” in tonight’s game because of the rivalry:
I’m not sure. It wasn’t talked about over here, to be honest with you. We wanted to come in, we wanted to win a game, we found a way to do it and now we move on to Edmonton tomorrow.

–With the win, Los Angeles improved to 98-114-30 against the Calgary franchise, a record that includes a road mark of 39-67-17. The Kings improved to 1-2-0 in their four-game season series with one game remaining, April 1 at Staples Center.

–The Kings have won at least three consecutive games for the third time this season. The season-long winning streak is four games, established from December 18-27 with wins over Winnipeg, San Jose, Vegas and Arizona.

–Los Angeles earned its fifth shutout of the season and first since January 5, a 4-0 win over Edmonton. Jack Campbell has two (@ MTL, @ CGY), Jonathan Quick has two (vs CAR, vs EDM) and Cal Petersen has one (@ STL). The shutout was also the second of Jack Campbell’s career.

–Calgary was shut out for the fourth time this season and first time on home ice.

–By playing his 600th career game, Kyle Clifford became the 15th player in club history to play 600 games with the Kings.

–By playing his 996th career game, Anze Kopitar moved within four games of 1,000 in his career.