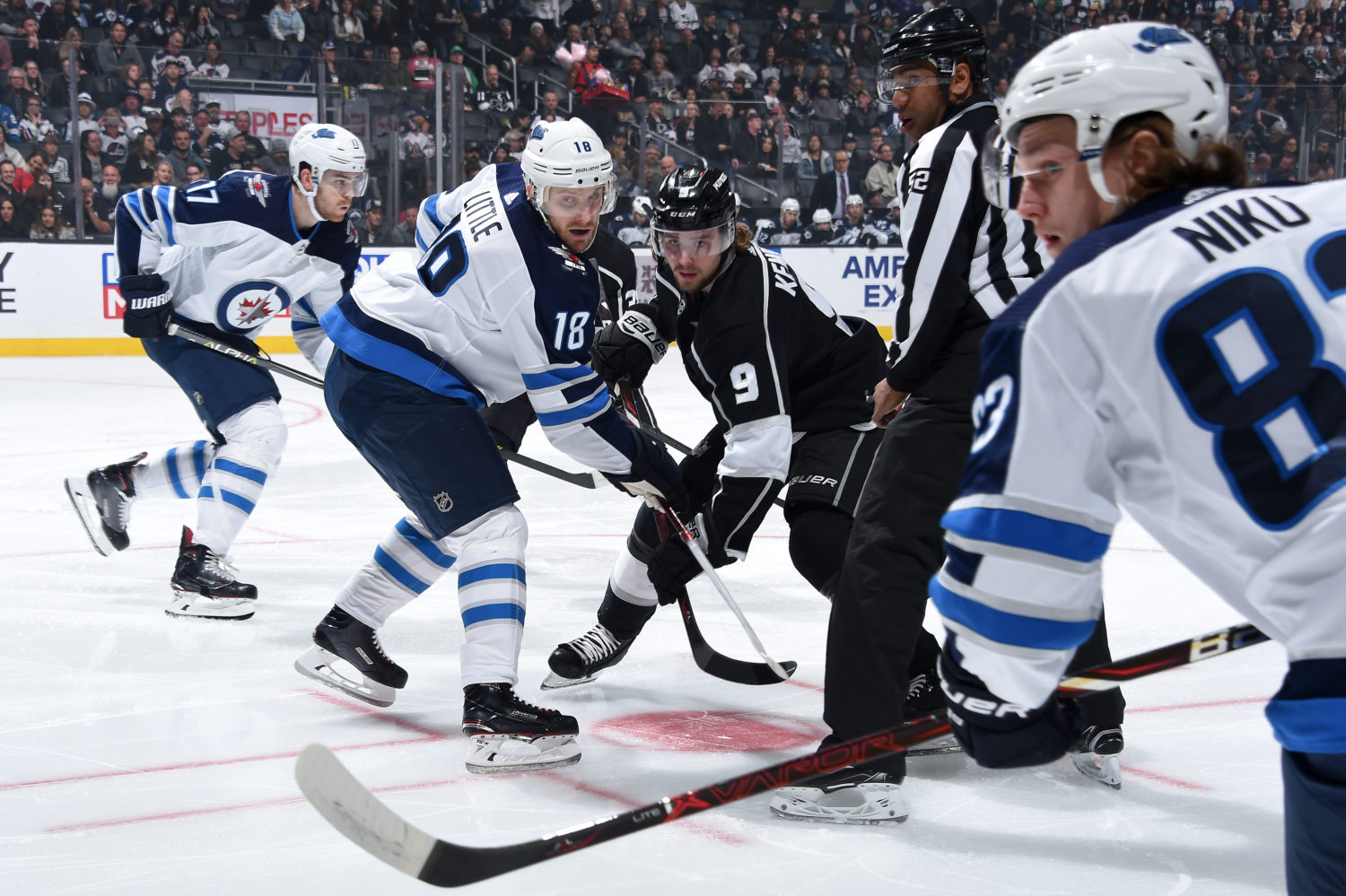 Willie Desjardins, on being mathematically eliminated from the playoffs:
Well, that’s always disappointing. It’s never the way you start a year, it’s the one thing you never want to happen. That’s a tough thing today. It’s not something that we’ve been focused on. We’ve been more focused on just game-by-game trying to get things going.

Desjardins, on the purpose and emotional investment despite the loss:
Yeah, it was good. They are a good team. I thought for us to come back in the second was good. We got ourselves back to even, which was good. And then we had a chance – it’s the way it always works. We had the chance at the one end, we didn’t score, they come down and score. That was a tough one to give up, because we had been playing better.

Anze Kopitar, on being eliminated from the playoffs with 10 games left in the season:
Well it’s definitely sour taste. Thoughts? This whole year has been disappointing and now we’re eliminated officially and not one guy in this room should be okay with just what’s been going on this year. With that being said, there’s 10 games left and there’s guys that are trying to stay in the lineup, there’s guys that are trying to prove themselves in the league, and there are guys that are older and want to keep playing in this league, so there’s lots to play for.

Kopitar, on battling hard against a challenging opponent:
It’s a good team, but a pretty good fight gets us to 3-2 in the end, so it’s not good enough.

Brendan Leipsic, on his pass to Walker from behind the net:
It was a tough start for us getting behind the eight ball there. They scored and then took a penalty and they capitalized, but I thought we came back and had some chances there. Kovy made a nice play to me down low and I was just able to buy some time behind the net, one of those kind of quiet areas, and Walks kind of snuck in and made a nice shot and it was good to get it in.

Leipsic, on the physicality of tonight’s game:
It’s important. Sometimes, if you’re not scoring or contributing in other ways you want to find ways to contribute to the team. The little things — blocking shots and hits — that’s the kind of stuff thats going to keep you in the league as a young guy still trying to establish myself, so I’m just trying to do more of that stuff moving forward here.

Leipsic, on continuing to establish his identity in the final games of the season:
Well there’s still a lot to play for. There’s a lot to play for here in this room. Guys are trying to stay in the league. Guys are trying to still establish themselves. Other guys, across the board there’s always something to play for. We want to have a good 10 games left here to try and finish strong. It’s been a tough go as of late, but got good character in this room and we’ll find a way to bring it every night.

Leipsic, on guys standing up for each other as tempers flared in the second period:
It’s tough in these games. Sometime we’re only human and sometimes it’s tough to bring some of that physical emotion and that battle, but I thought from the start there was good energy in the building. Guys had good energy. We were playing hard and that’s a good team over there — a playoff team — so it was easy to get fired up tonight.

Leipsic, on officially being eliminated from the playoff race:
It sucks. You always want to be in the mix, but that’s the reality is that we’re not going to be this year. Still a lot to play for, like I said. Myself included, so take care of business the last ten games and see what happens.

Sean Walker, on tonight’s game having more intensity than games past:
Yeah, for sure. That’s a tough team and they were pressuring us all night, but I thought we battled really hard. There was a lot of emotion in the game and stuff and I don’t think we ever gave up. Worked hard and it was a close game the whole night.

Walker, on what is said amongst the players to prevent these losses from seeping into their game:
I think everybody knows that it’s been pretty tough and pretty frustrating lately, but everybody is just trying to be really positive. Come in and work hard every day and try to get better and work towards being good next year.

Walker, on how his contributions to the scoresheet have boosted his confidence:
Obviously being able to score a goal gives you a lot of confidence so you go out there with a little more confidence and maybe play a little bit more aggressive and not too worried about making mistakes and stuff. So, I think that’s huge and you just want to go out there and have the same mindset every night. It shouldn’t take a goal or anything to get you going, but it definitely helps and you just want to carry that over into the next couple of games.

Walker, the impact that Mike Stothers has has on his development as as a player:
He’s an unbelievable as a coach. He’s definitely been one of my favorite coaches I’ve ever had. He makes sure the guys are working hard every day. I think that’s one of the big things in pro hockey — every day you’ve got to bring it — and especially when you come up here, there’s no off days and if you’re having a couple of off days they’re ready to put someone else in the lineup. So, I think he really echoes that down there and every detail really matters, so I think that’s something that he really harps on. He did a great job preparing me I think and I’m sure everybody else would have the same opinion. He’s really good at developing guys.

–With the loss, the Kings were officially eliminated from playoff contention.

–By appearing in his 1,107th career game, Dustin Brown moved within four games of Dave Taylor (1,111) for the most games played in franchise history.

Tuesday, March 19 is a scheduled off-day for the team. The next practice will be held at Toyota Sports Center at 10:00 a.m. on Wednesday, March 20.