Waking up with the Kings: March 17 - LA Kings Insider

Waking up with the Kings: March 17

The 2018-19 season really knows how to twist the knife, huh? The LA Kings’ latest defeat, a 4-3 setback to a Florida Panthers team that attacks better than it defends, saw the evaporation of a third period lead as the culmination of a steady push by the visitors over most of the second half of the game. This was another episode of Jonathan Quick as the lone human survivor in a rabid zombie apocalypse, and the protagonist nearly made it to the credits this time with a standout performance that provided time for his team to opportunistically rally in the third. But goals by the criminally underrecognized Evgenii Dadonov and Jonathan Huberdeau over the final seven minutes – Huberdeau’s, which crossed the goal line by a centimeter or so, was particularly knife-twisty – earned the Panthers a road win in which they built a steady attack as the game progressed. Los Angeles was able to play with a good pace and purpose after a sluggish start in which they conceded a goal before their first shot, but over 60 minutes, Florida was able to play fast and used crisp puck movement from end-to-end with clean exits and entrances on Dadonov’s game-tying goal in the third, a forechecking misstep from the traditionally sound Trevor Lewis line. 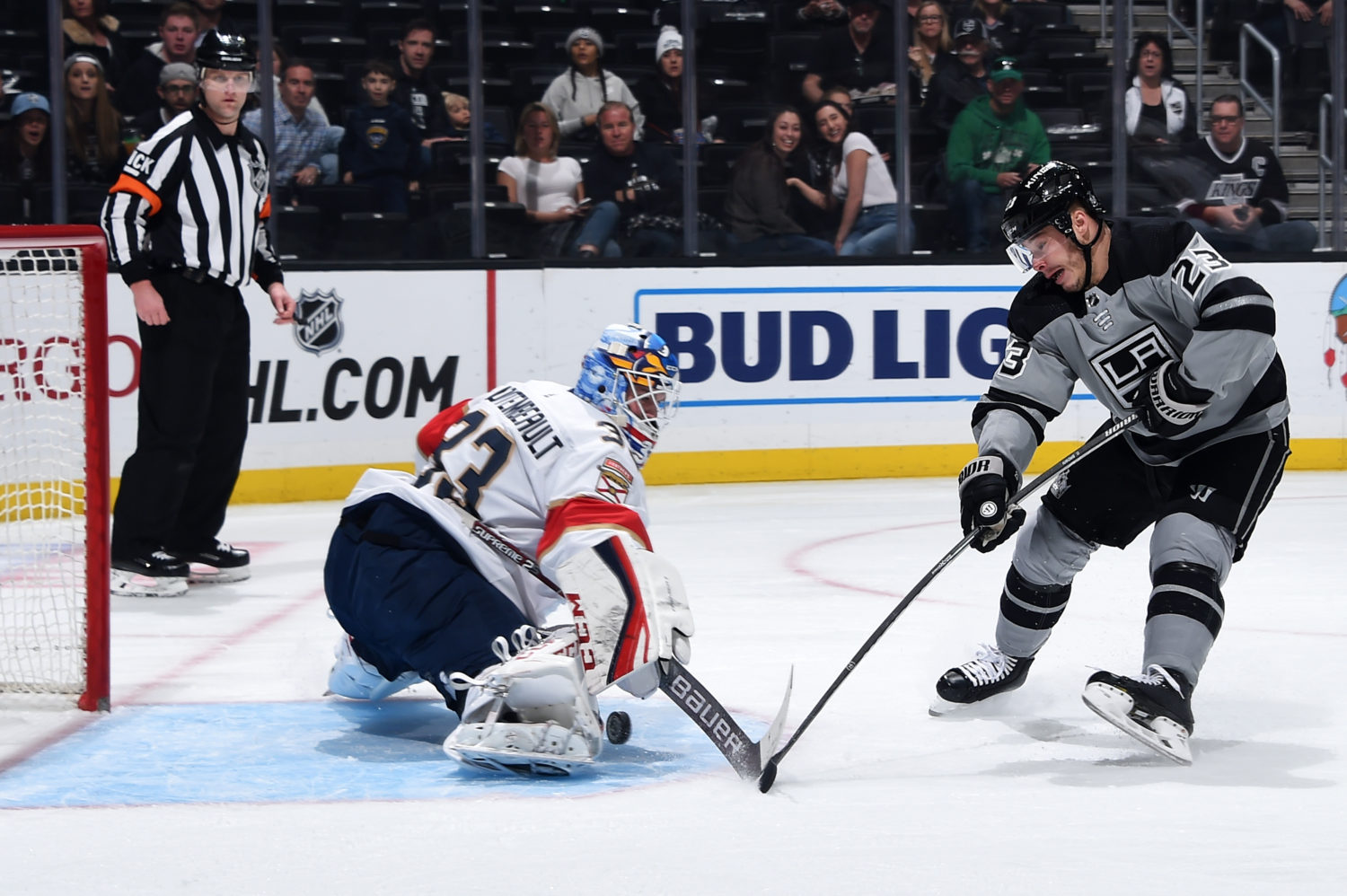 Fans aren’t paying money to see the Kings lose, but in the grand scheme, few will remember the details of a Kings-Panthers game in Game 71 of a lost season, and with wins by the Red Wings and Senators over playoff-bound teams, today’s standings depict marginal improvement in the likelihood Los Angeles ends up with a player who can catalyze the organizational turnaround. But every action has an equal and opposite reaction, and again, those who pay NHL prices deserve better than a league-low 13 home wins through 35 Staples Center dates. Los Angeles has won once at home since the All-Star break. Dropping 14 of 16 games does not help repair the culture or enhance any sort of direction, nor does finishing among the bottom three teams in the league – which has about an 89% chance of happening, per SportsClubStats.com. This post-break nadir, and Saturday’s game specifically, shows the depth and scope required out of what will be a concerted effort to replenish its personnel with much needed youth, speed and skill. 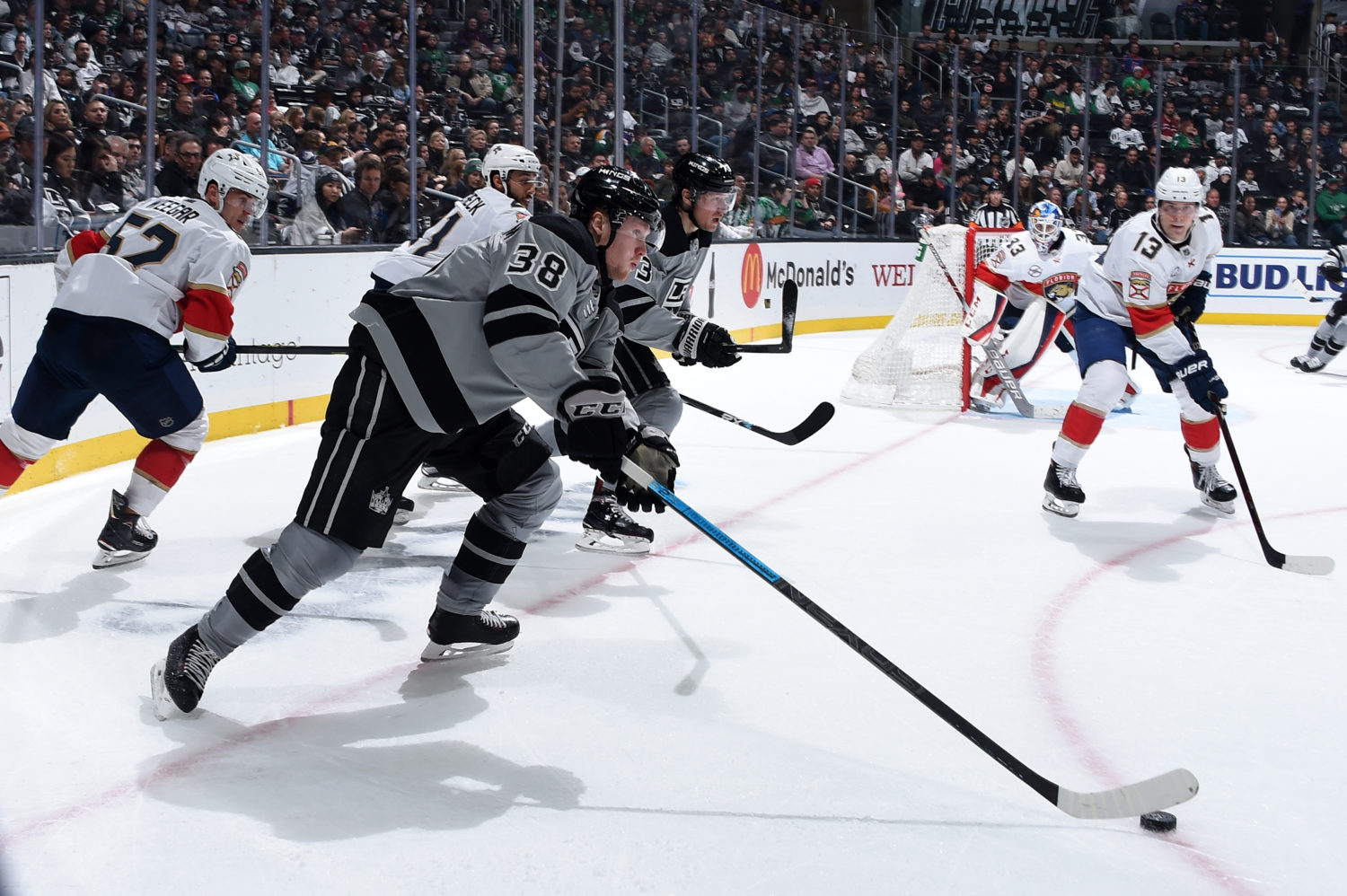 Saturday was another game in which the opponents were able to drive with speed into dangerous areas of the ice and capitalize, part of a heat map in which the visitors’ shots and chances were coming in more central areas and from closer range than the home team’s. This defense doesn’t quite have the horses right now, and several inexperienced players are getting a longer leash as they look to state their case as NHL contributors. Having allowed at least three goals in 15 of 17 games, the overall team game isn’t particularly healthy, which is to say that the blue line shouldn’t draw undue focus. It’s important during this stretch that the regularity and acceptance of goals against doesn’t seep into the young players’ composition; for the first time in a decade, players aren’t incubated by a team in its prime, often combined with the focused environment and regimen of a playoff run. Given the extra instruction and rhythm built in the spring as Black Aces get in practices and an extended taste of what it takes to win in the postseason and will occasionally travel with the team for high-stakes games, this isn’t just empty lip service. 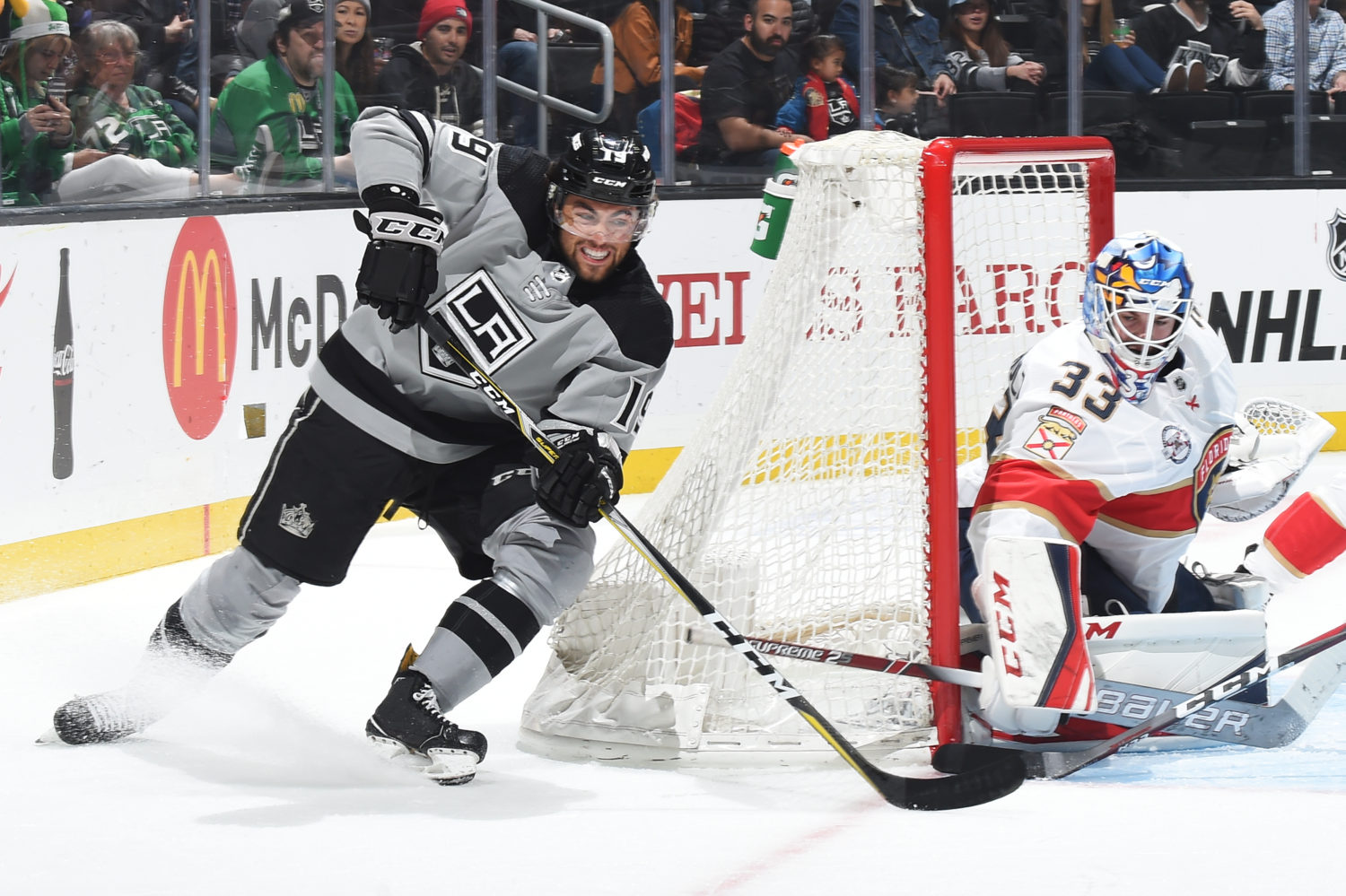