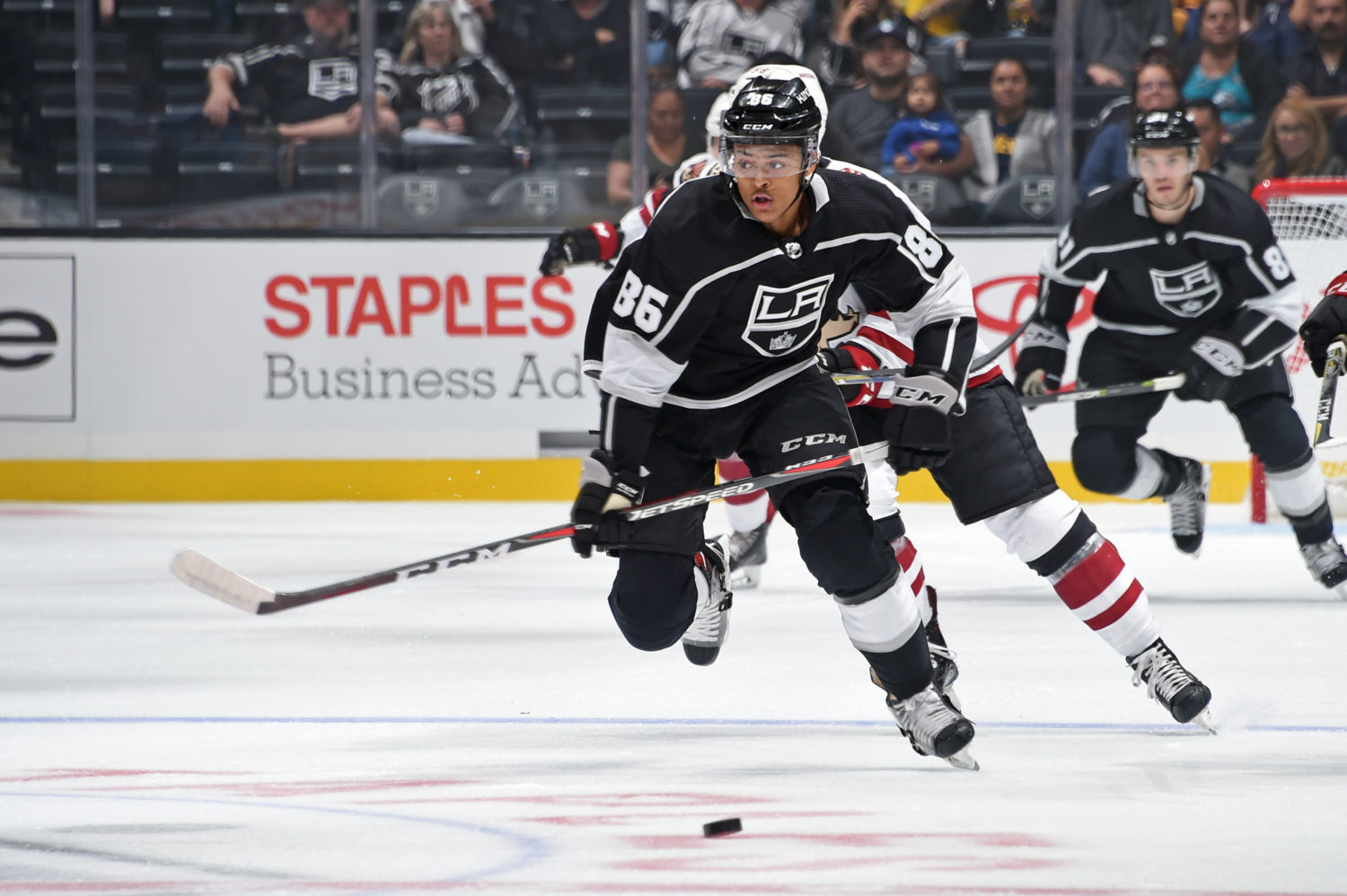 I’ll have a more informative update at the beginning of the week, but the LA Kings have signed OHL-Niagara forward Akil Thomas to a three-year entry-level contract. Thomas, who turned 19 on January 2, was selected in the second round, 51st overall, by Los Angeles in 2018. An excellent skater and playmaker, Thomas has 37 goals and 99 points in 61 games for the Ice Dogs (not those Ice Dogs), who head into the final two games of the regular season against Barrie and North Bay one point up and with a game in hand on third-place Oshawa.

More on Thomas is available in his introductory post, in which he stated that in advance of last year’s draft he “probably met with [the Kings] a little bit more than any other team.” A Toronto native, he also spent part of his youth in Orlando, Florida and has toured the United States in an RV, which carried his family to and from the NHL Draft. Though he has dual citizenship, he has represented Canada internationally and will be a strong candidate for their World Junior team next season after he was added to their summer showcase camp in 2018.

Because Thomas will be 19 at the start of the 2019-20 season and was drafted out of major junior hockey, he is ineligible to begin the season with AHL-Ontario. If he doesn’t make the Kings out of training camp, he’ll be returned to Niagara.

More to come early next week. The press release, via the LA Kings:

Thomas, 19, was originally selected by the Kings in the second-round (51st overall) of the 2018 NHL Draft. He is currently playing in his third season with the Niagara IceDogs of the Ontario Hockey League (OHL) where he serves as an team captain. He enters play tonight with 99 points – including 37 goals – in 61 games. In the OHL, he ranks tied for ninth in points, tied for fourth in assists, tied for 13th in goals and tied for fifth in plus-minus (plus-43).

The Kings’ five-game homestand continues on Monday when the club hosts the Winnipeg Jets at 7:30 p.m.