Waking up with the Kings: March 15 - LA Kings Insider

Waking up with the Kings: March 15

The slog continues. In the latest rerun of a disappointing series, the LA Kings relied on an incomplete and inconsistent team performance and fell 3-1 to a Nashville Predators team that had lapses of its own. Los Angeles fell behind in an unfortunate sequence when Ilya Kovalchuk was robbed by Pekka Rinne – the dangerous chance on a power play that didn’t otherwise threaten – to set up a slick saucer pass from Ryan Johansen to the criminally underrated Viktor Arvidsson, who did as he often does at Staples Center. Though another power play failed to bear fruit, the Kings claimed the momentum early in the second period in a game clearly up for grabs by winning races and puck battles and used an excellent forechecking shift from role players to set up the equalizer. Austin Wagner won a race to the net, capitalizing on a number of battles won in a hard cycle that began when Kyle Clifford absorbed a hard Matt Irwin hit and retained possession of the puck. Lewis ultimately fed Wagner the puck for the rookie’s improbable 10th goal of the season, but credit Clifford and Lewis – two players mentioned yesterday who’ve drawn notice for the extra detail and work they’ve put in before practice – for their battles won against the likes of Irwin and Brian Boyle on the ice. 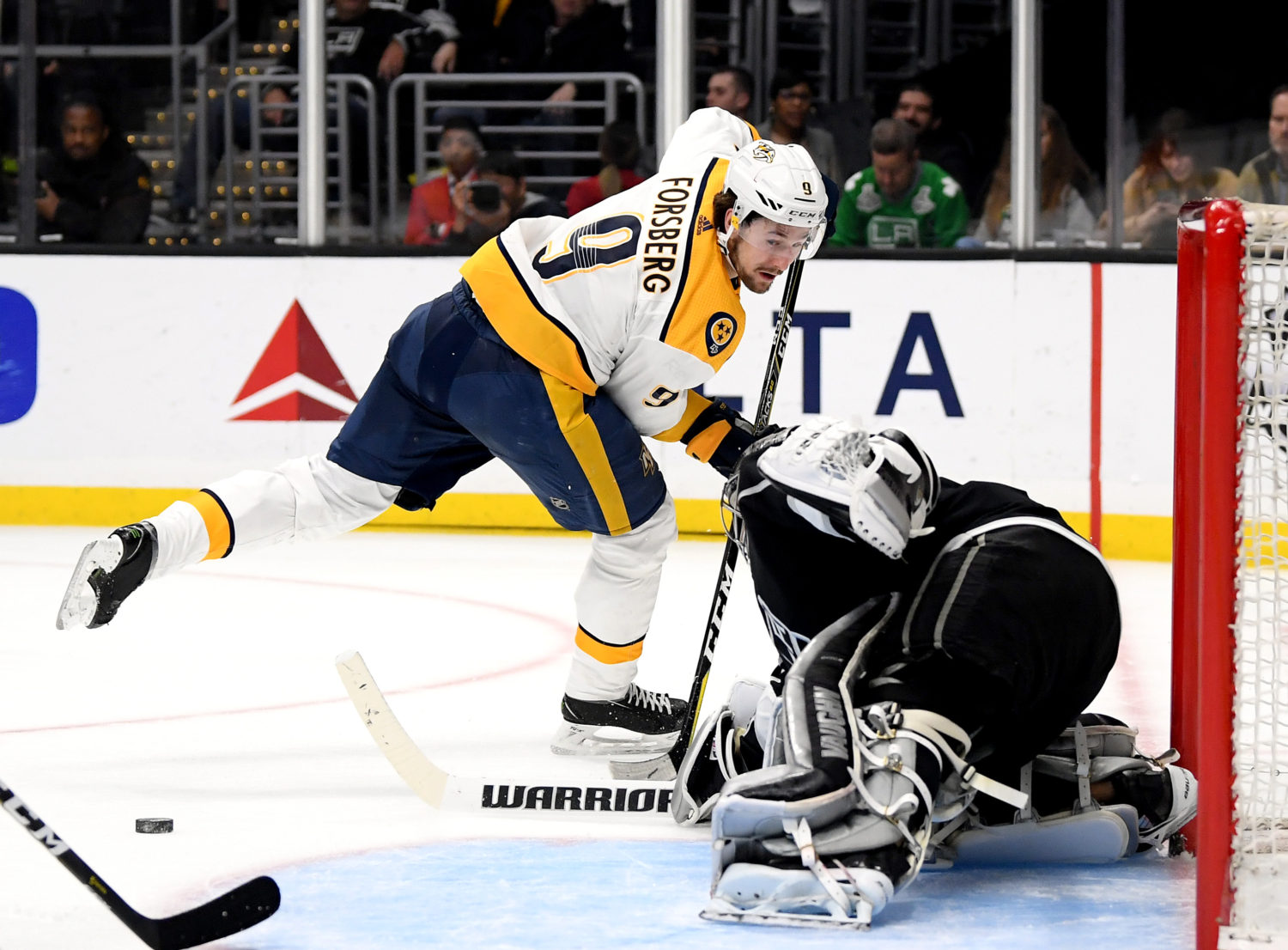 Los Angeles accentuated its push from there before the game turned quickly. Wagner’s goal was the first shot of a 9-2 run of shot attempts that brought the game to 8:49 mark of the second period. From that moment on, Nashville swarmed the goal and generated heavy and dangerous chances from close proximity of the net and between the dots, out-chancing L.A. 23-8 over the remaining 11:11 and scoring two goals. Interestingly, while the Predators had established zone time and heavy cycle play down low, the goals were scored in transitional rushes, with the insurance goal a late-period backbreaker that Jonathan Quick will want back. The Colton Sissons shot may have clipped a splinter of Matt Roy’s stick – the puck fluttered and dipped before beating Quick, five-hole – but a shot from that distance is one in which the goaltender still bears principal responsibility. It’s hardly fair to single Quick out here, because Nashville won the game in this stretch by wearing down the Kings in their zone and generating consistent pressure and scoring chances. 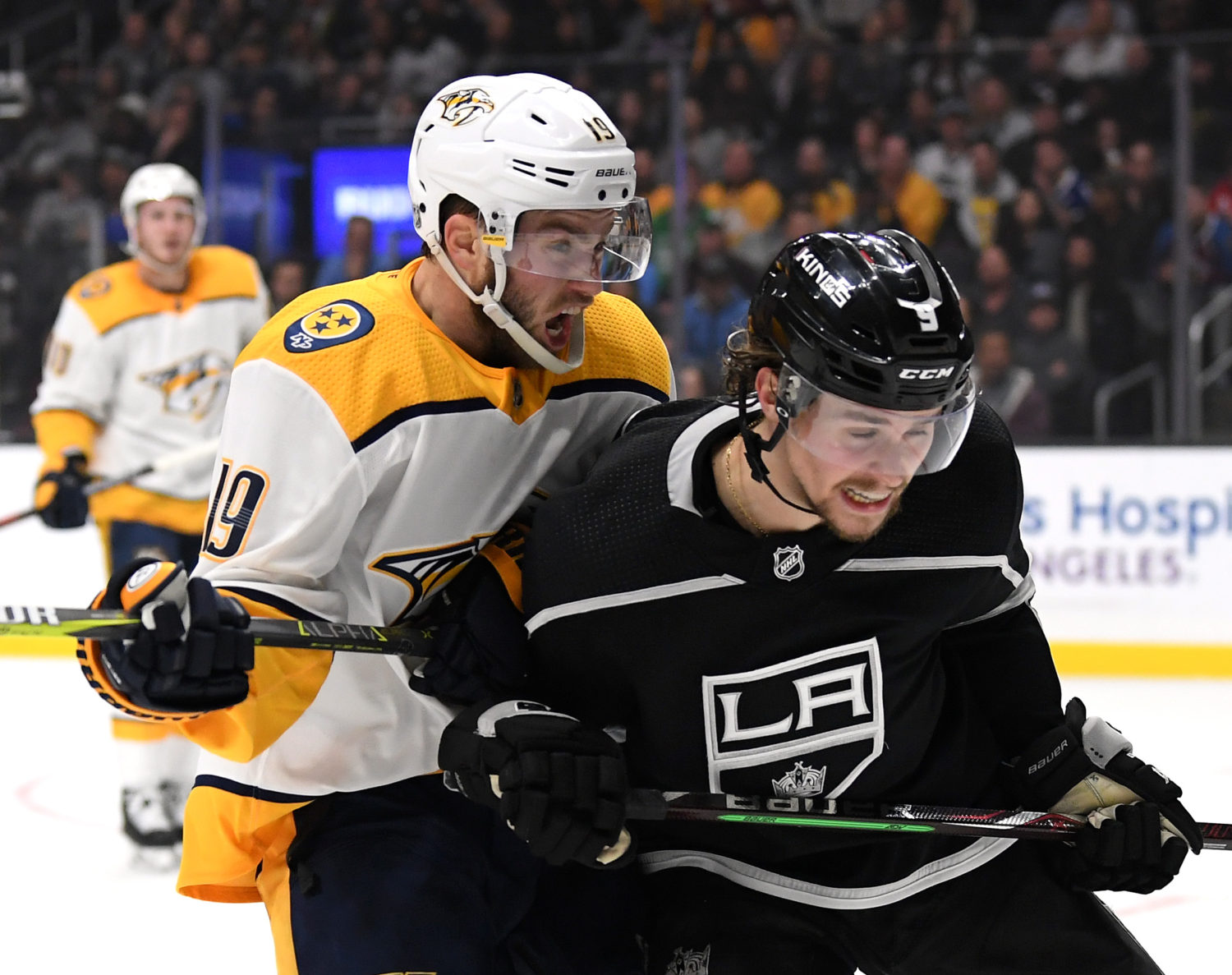 Jeff Carter’s no-movement clause has essentially been his play since returning from injury, and the question again has to be raised exactly where his health is at, and how it’s affecting the trajectory of what had been a career built on consistency, preparation and detail before Jeff Petry’s skate blade changed things. Is he still hampered by that injury, and/or the recent lower-body injury suffered at Madison Square Garden? He’s been cleared to play, so the requisite barrier of health and readiness has been passed, but he’s put up some ghastly numbers since returning to action February 16 against Boston. In those 13 games, he’s recorded two assists, 17 shots on goal, a minus-eight rating and in five-on-five play has compiled a team-worst 43.3% raw-Corsi-for while being on the ice for one goal for and 10 against, as well as 18 high-danger chances for and 31 against, per Natural Stat Trick. He was last a plus player in a game on January 15, two months ago. In a game in which he went 0-for-8 at the faceoff dot and was not credited with generating any rebounds, rush chances or personal rebound chances, Thursday’s game didn’t offer any signal that he’s nearing any sort of late-season resurgence. 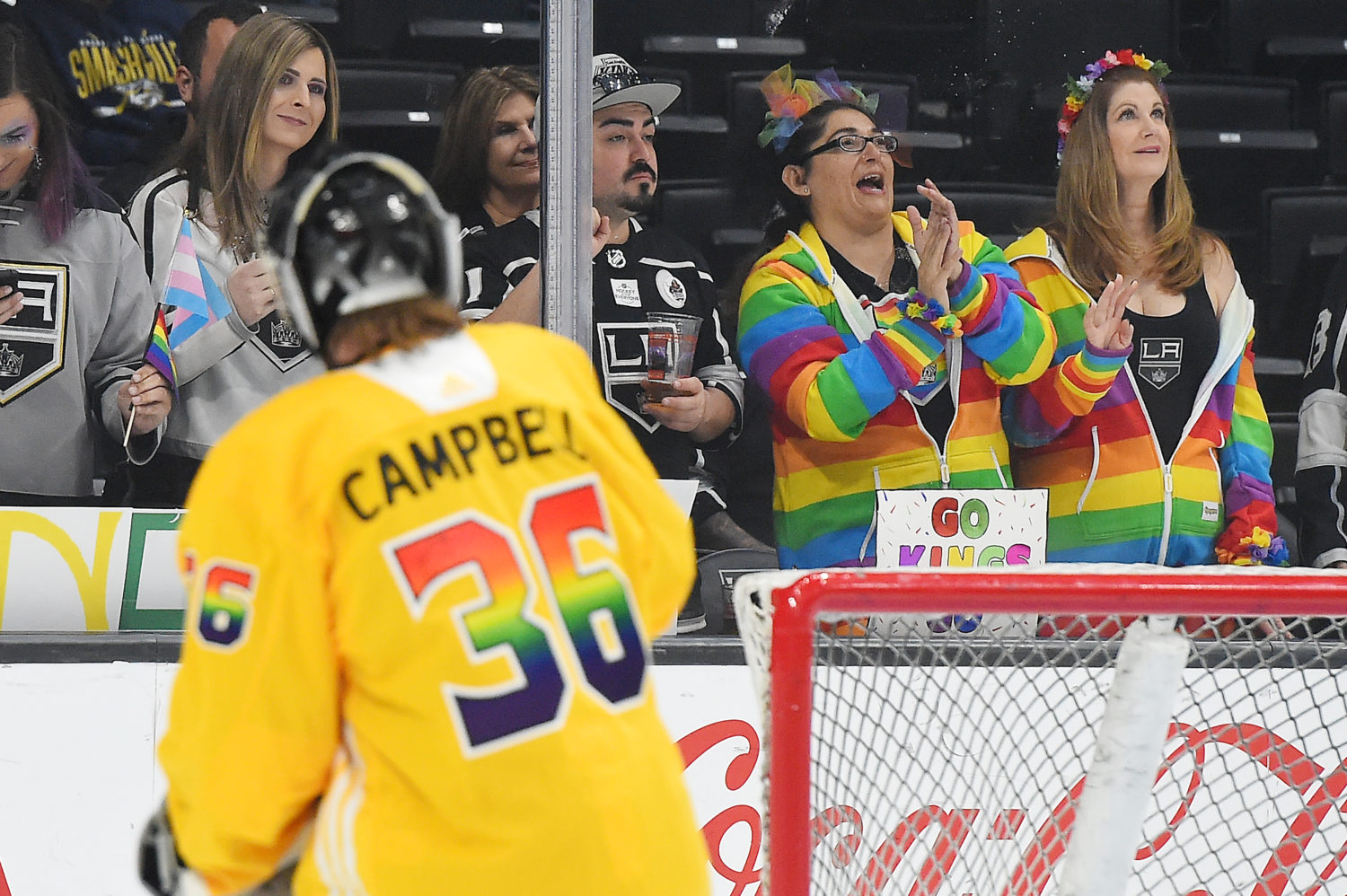