Clague out with broken bone in foot; Kings lines, pairings

Good morning from El Segundo, Insiders. Several quick notes to pass along before the day’s proceedings:

–Kale Clague, who left Friday’s game in Tucson after blocking a shot with his foot, had left Ontario’s road trip to Los Angeles for evaluation. The diagnosis, per a team source, is a broken metatarsal bone that is expected to sideline him for four weeks.

Kale Clague went to the locker room after blocking this shot early in the 1st period.#LAKings #Reign pic.twitter.com/3TBfhYn3si

This is a difficult blow for Clague, who was thrown into the fire on the Ontario defense this year and largely showed well. This isn’t an easy process for a 20-year-old first-year pro making the jump into first-pairing minutes from junior hockey, and while Clague wasn’t immune to some of the team’s challenges defensively, he was playing good hockey at the time of his injury. His offensive bent was illustrated with seven goals and 29 points in 52 games, while his minus-20 rating was more representative of jumping up a rung or two on the blue line from what had been projected at the start of the preseason. Even if it wasn’t a surprise that some of his best hockey was played while Sean Walker was manning a top slot on the right – Clague is a left-shot who can play on both the left and right sides – the team was happy with Clague’s development and what he was able to show in his first pro season. Had he’d been healthy, he’d be a strong candidate to be called up for an NHL look at the end of the season. It’s a tough conclusion to a very good body of work he’d put in this season, and whgile he might not make the Kings out of camp in his 21-year-old season next year, but he’ll be expected to get in his games. There’s lots of good hockey in his future.

–Lines and pairings from today’s practice in El Segundo:

–Per the first set of rushes, Jonny Brodzinski was the odd man out on the Trevor Lewis line, which suggests that Austin Wagner’s return is on the horizon. Kurtis MacDermid and Sean Walker were the extra defensive pair. More to come after practice. 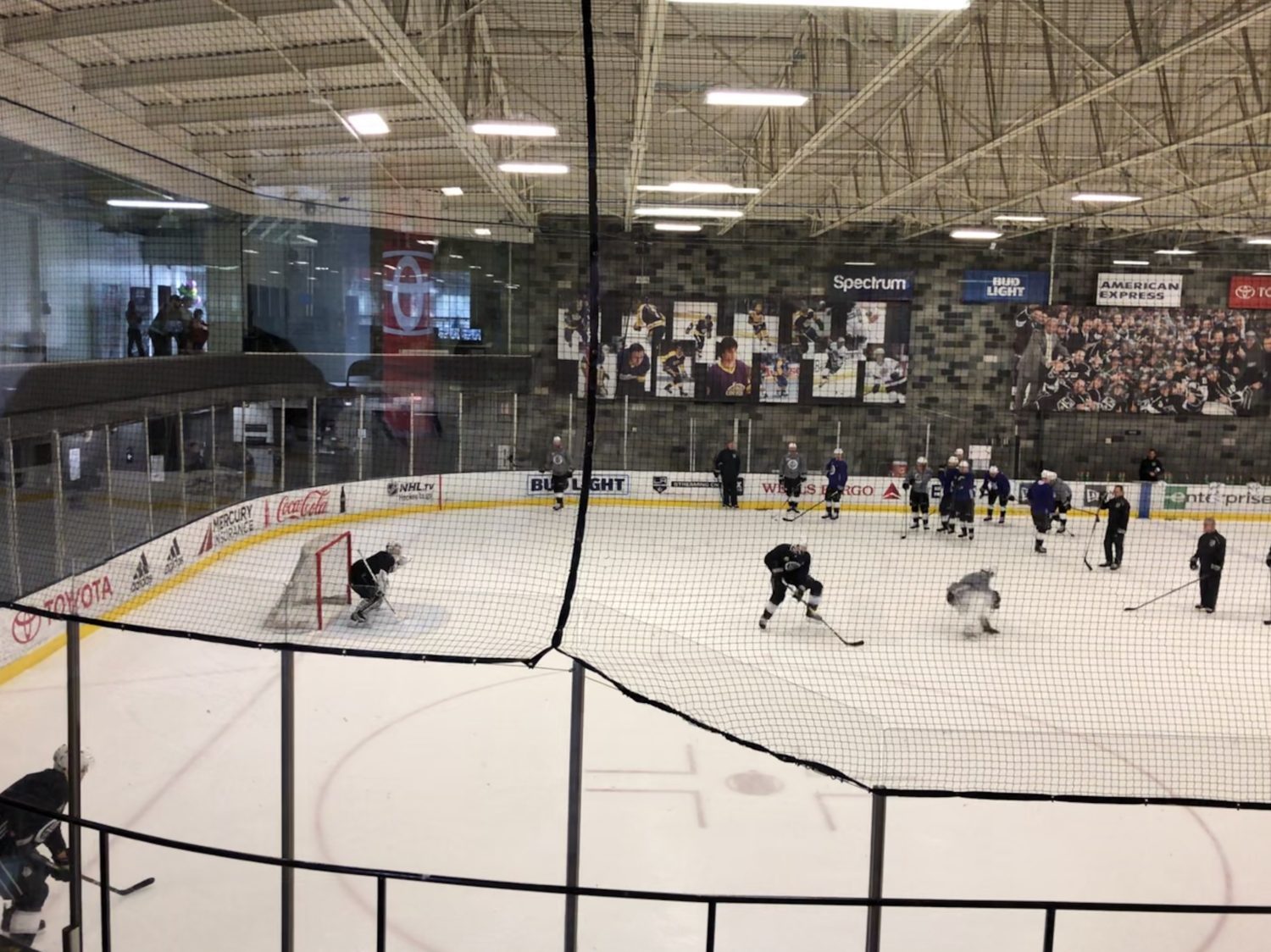