Waking up with the Kings: March 10 - LA Kings Insider

In a reversal from some of the rivalry’s recent storylines, the LA Kings had an opportunity to play spoiler to the Arizona Coyotes’ late playoff charge, and though that mission went unfulfilled, it wasn’t for a lack of purpose or investment. There was actually a prime opportunity to wrap up both game and narrative in a neat little bow: tied 2-2 in the third period and on the attack, Carl Grundstrom stripped a puck clean in the neutral zone and issued a saucer pass to Tyler Toffoli, whose attempt to slip the puck between Darcy Kuemper’s legs was denied. A minute and a half later, spaced out defensive coverage left Trevor Lewis alone with Christian Dvorak, who shoved off his counterpart and snapped the puck off the underside of the crossbar and into the net for the game-winning goal. Coming against the run of play, the goal blunted the momentum generated by a Los Angeles squad that waited until the third period to play its best hockey, improving as the game progressed. And Grundstrom certainly came alive late with an encouraging debut in which he gave account of his ability to forecheck and get pucks turned around and going in the attacking direction. He made a similar play to his takeaway in the first period, setting up Matt Roy for a shot from distance that was deflected and trickled just wide. Credit Drew Doughty for hitting a seam towards Derek Forbort for a really pretty secondary assist on his first career goal. 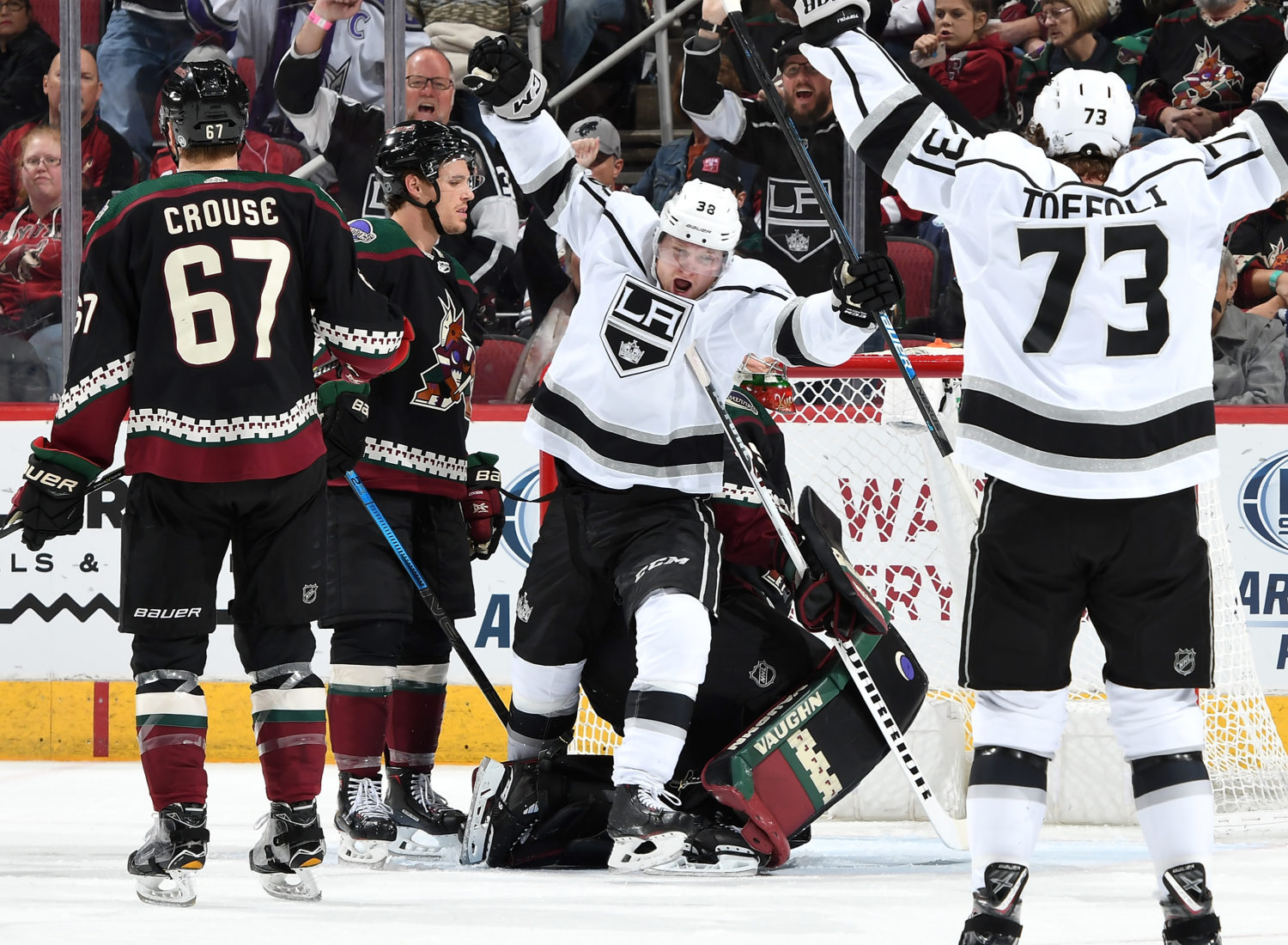 Adrian Kempe’s game has been coming around since the All-Star break and bye week. His game has firmed up, he’s been playing physical and has scored appropriately for a third line center with six goals, 11 points and a plus-one rating in the last 17 games, a span in which the team is 4-9-4 and a minus-14 at five-on-five. His possession rates are in the black as he’s earned the sixth-most minutes on the team over that time, and among the stories to follow from Game 69 and beyond will be if he and Grundstrom might be able to spark up a little bit of chemistry in which both would be able to end the season with some good personal momentum. Perhaps it could rub off on Tyler Toffoli, who continues to pour shots on net and generate scoring chances but has seen his five-on-five scoring percentage plummet from 7.14% to 3.97% even as his overall game with and play without the puck appear healthy. 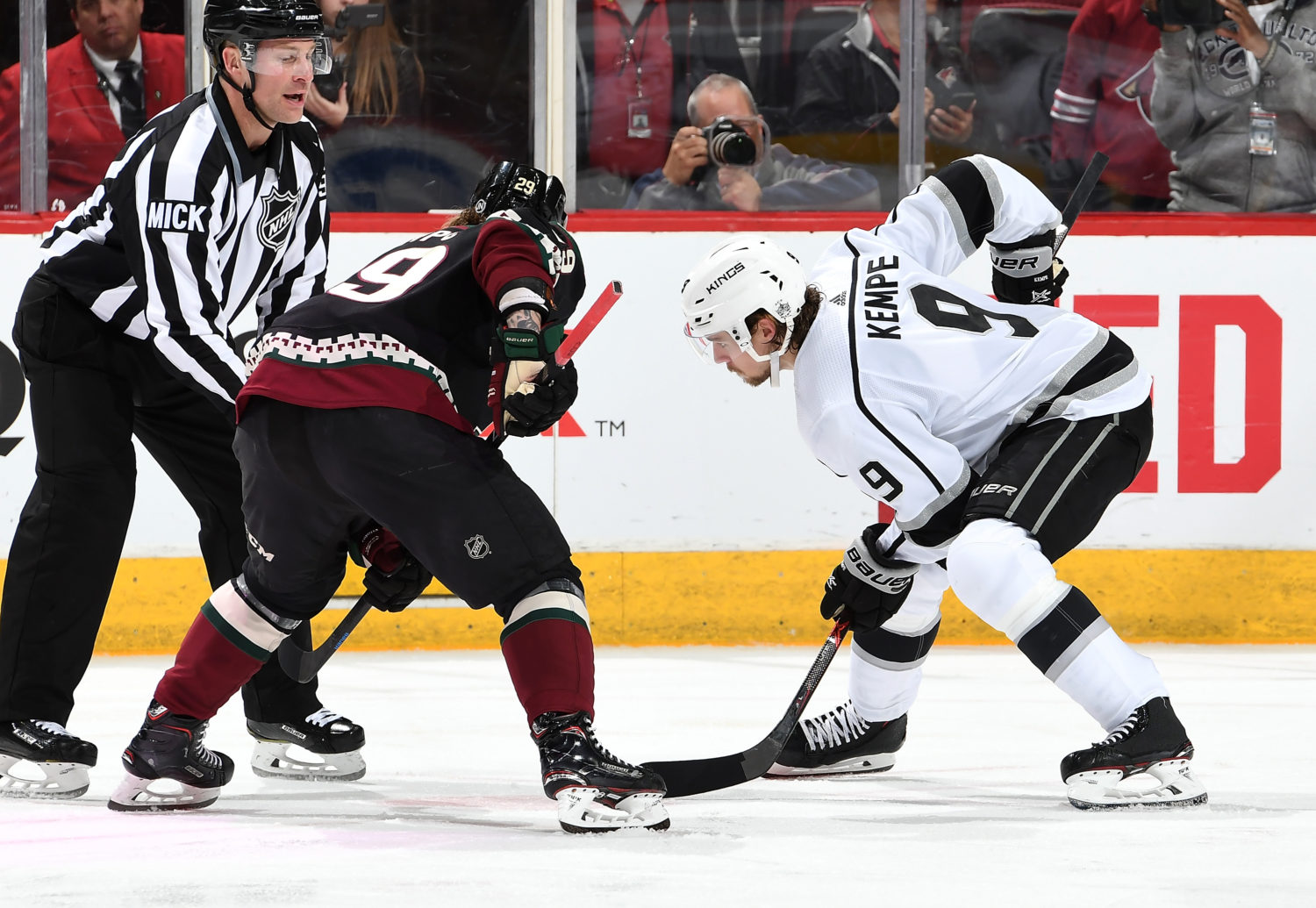 So, this will be interesting. Kings-Ducks. In solidarity. 14th and 15th in the conference. 30th and 31st in goals scored. The stakes are among the lowest they’ve been in the rivalry, which waited until 2010-11 for both teams to qualify for the playoffs in the same season. But that matters little for two groups that have traditionally engaged in highly compelling and emotional games bordering on trench warfare during the their heavyweight bouts as league titans for a good portion of this decade. Their remaining three games over the next four weeks will still bring the emotion – and perhaps serve as a temporary, cathartic releases of frustration – as many younger actors on both sides strive to show that they can rise to the occasion in emotional rivalry games. 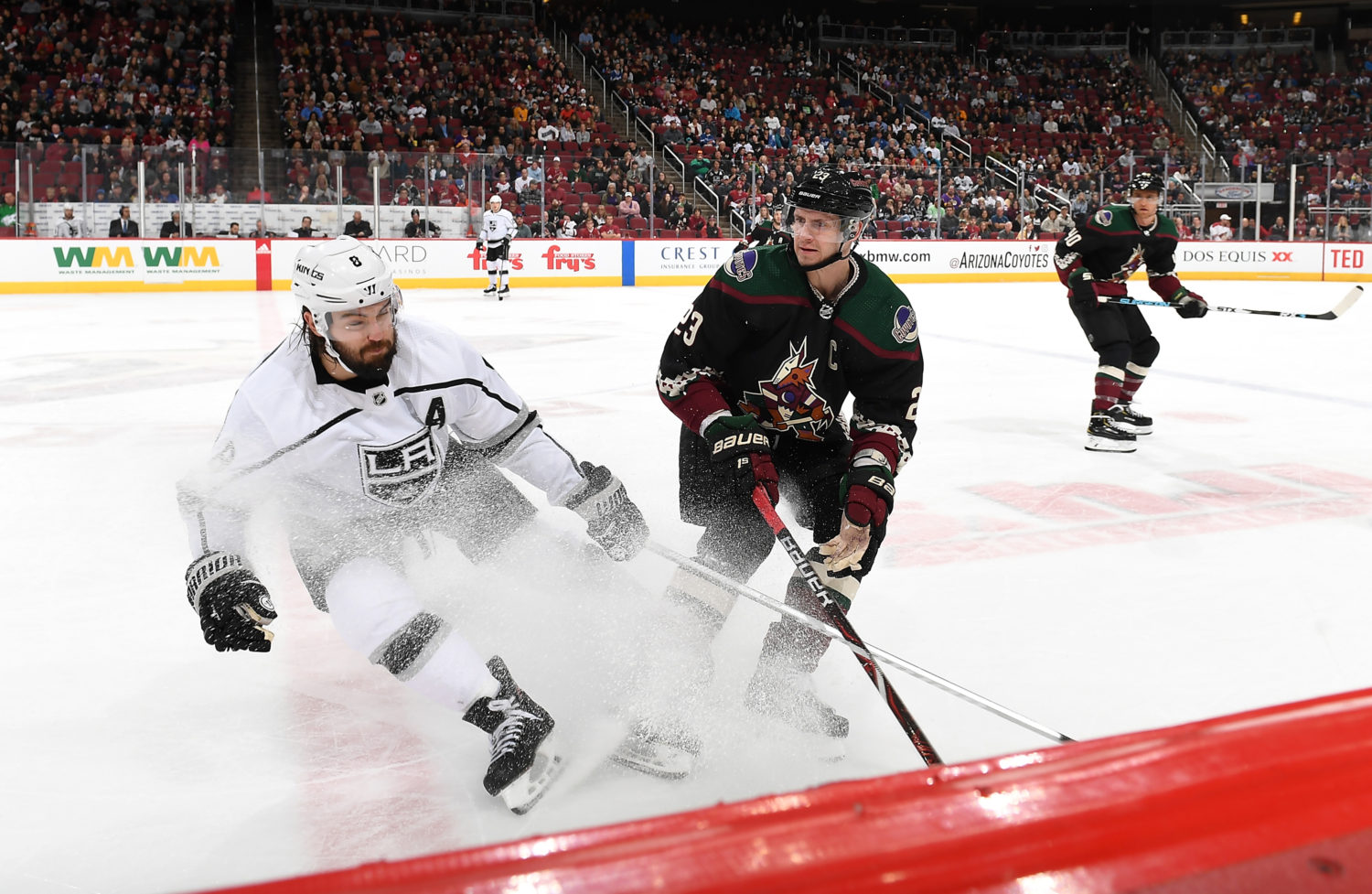