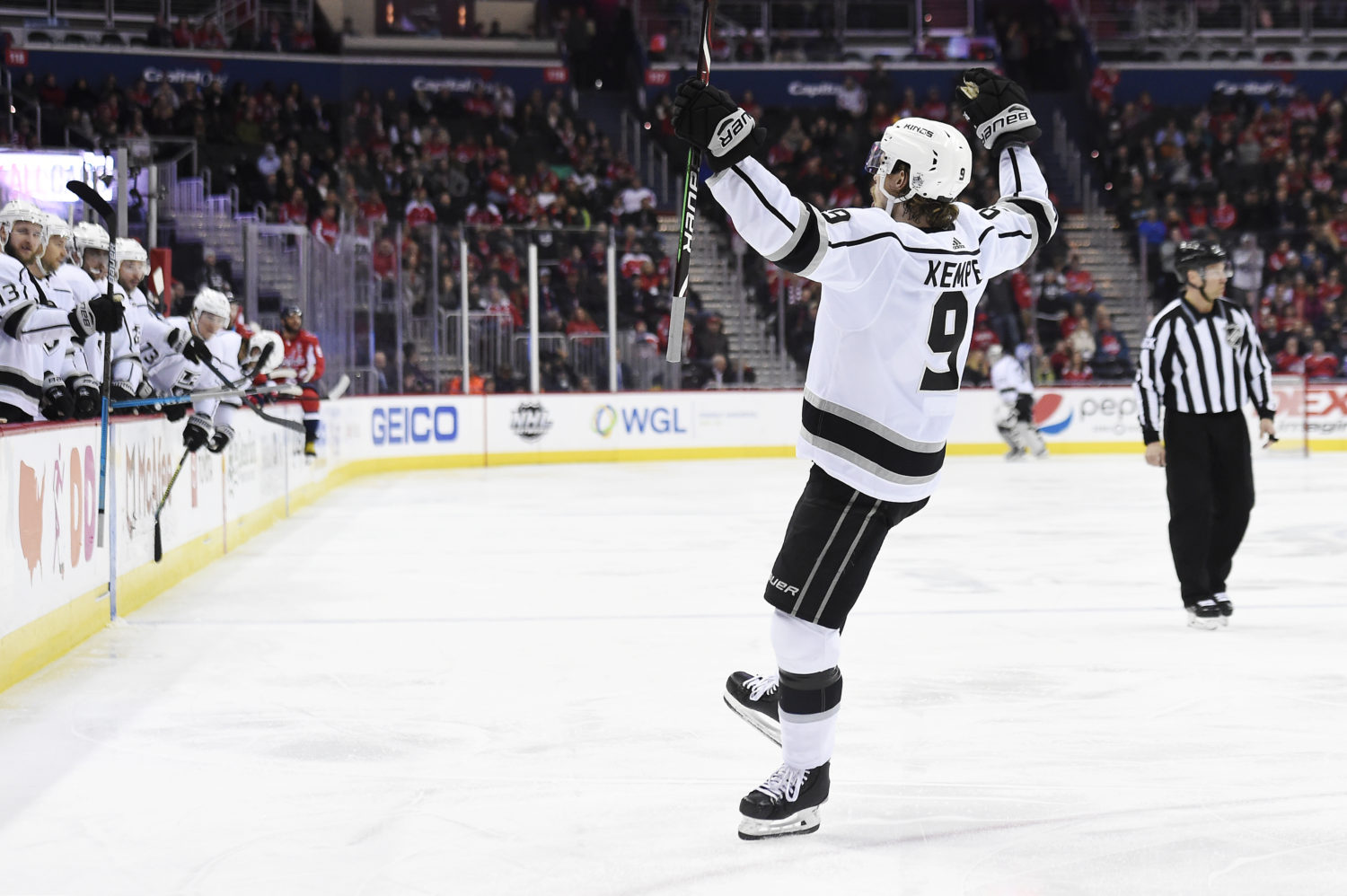 –You may want to Wait For The Song for the actual lines and pairings, but the Kings will be going with 11 forwards and seven defensemen, swapping defenseman Kurtis MacDermid in for forward Brendan Leipsic. An extra center will be the player most frequently filling Leipsic’s spot; don’t expect MacDermid to assume his place up front.

As for MacDermid, not a great deal needs explanation. “I would think both sides would know that it’s going to be a battle,” Desjardins said. The defenseman has 27 penalty minutes and two fighting majors in three career games against Anaheim, for those inquiring.

On the other side, it’s not easy at all to take Brendan Leipsic out of the lineup, especially given his competitive proclivity. He battles, he’s a good teammate with a good work ethic. And that’s something Desjardins acknowledged without explicitly saying it, instead taking a moment to deliberately choose the right words to articulate a difficult lineup decision.

That answer was actually a follow-up to a more cryptic evaluation in which Desjardins noted the need “to find ways to win.”

The left wing has four goals, 16 points, a minus-five rating and a -1.9% CF%Rel (which was the highest relative Corsi on his line last night) in his 41 consecutive games played since he debut at Staples Center on December 4. Overall, he has six goals and 21 points in 58 total games with the Kings and Canucks.

Similar to his best play last season, he’s been raising his own game against quality competition. After recording a hat trick in the game Jeff Carter was injured in October, 2017, he totaled 13 goals and 26 points during the center’s 55-game absence. He’s adapting his play with a longer leash against tougher competition, and according to Desjardins, “the more you give him, the better he plays.”

To see such a rise in his minutes, there have to be certain boxes checked by a player, and Kempe, who has forechecked well during this span and has shown the type of battle element he demonstrated during a solid showing during last year’s playoff series, has again demonstrated that type of responsibility despite a faceoff percentage that has only crept up to 42.5%. “They’ve had some tough match-ups lately. I’ve put him on against some guys that he’s had to battle against, and he’s handled it well,” Desjardins said.

He’ll align again with Carl Grundstrom for the second straight night as the team efforts to stoke their chemistry. And for the first live look, the Kings’ veteran of all of one NHL game offered his own responsible first impression.

“[Grundstrom] scored, but more importantly, he’s a two-way player,” Desjradins said. “He tracked hard on Galchenyuk that one time and turned it over, created the two-on-one that was just a real hard-working goal.

He was physical and backed players off, per Desjardins – and got a good rise out of the bench with a third period game-tying goal.

Like many others, the key will be to elevate the battle element to match or exceed that of “a heavy, battling team,” per Desjardins. Looking inward, he sees Los Angeles’ system as one still predicated heavily on winning one-on-one battles.

–Tonight’s broadcasters are Alex Faust and Brian Hayward. Jonathan Quick will start in net for Los Angeles and is 19-12-8 in his career against Anaheim with a 2.49 goals-against average, a .907 save percentage and one shutout. Jeff Carter’s next point will be the 700th in his NHL career. The game thread will be up soon, Insiders.