Waking up with the Kings: March 3 - LA Kings Insider

Waking up with the Kings: March 3

Three of the four 2014 conference finalists are in last or second-to-last place in their divisions, with Montreal, Tuesday’s visitors, the playoff position outlier. And there certainly are wisps of nostalgia when the Kings and Blackhawks meet, even as their tremendous playoff series falls deeper into the archives of club history with each passing game. Even though the former heavyweights’ quality of play has fallen from where it was, especially on defense, Chicago entered 11-4-0 in their previous 15, Patrick Kane is shooting for 50, Alex DeBrincat isn’t far behind, Jonathan Toews has catapulted back into a career season, and hey, games with iffy defending can be fun, so there was a fair amount of drama for on a rainy afternoon between two teams paying rent in the basement of the division. On the other side, Los Angeles drew notice for a deep offensive output in which 10 players recorded points, and even though the spread out scoring was notable, there were still key core individuals who factored into the win and improved their games from Thursday. That includes Jeff Carter, who made a nice play to set up an important first period goal in which he won a faceoff and a board battle before receiving the puck back from Brendan Leipsic to tee up Ilya Kovalchuk in the tantalizing demonstration of the type of goal that had been envisioned before the season. On the other side, you can always count on Kings-Coyotes Rookie Game Hall of Famer Brendan Perlini, even in a down year, to torment Los Angeles, against whom he now has five goals in nine career games. Ex-Coyotes, and not Kane, DeBrincat, Toews or Brandon Saad provided the damage for the visitors, which is a pretty good recipe to win a game against the Blackhawks. 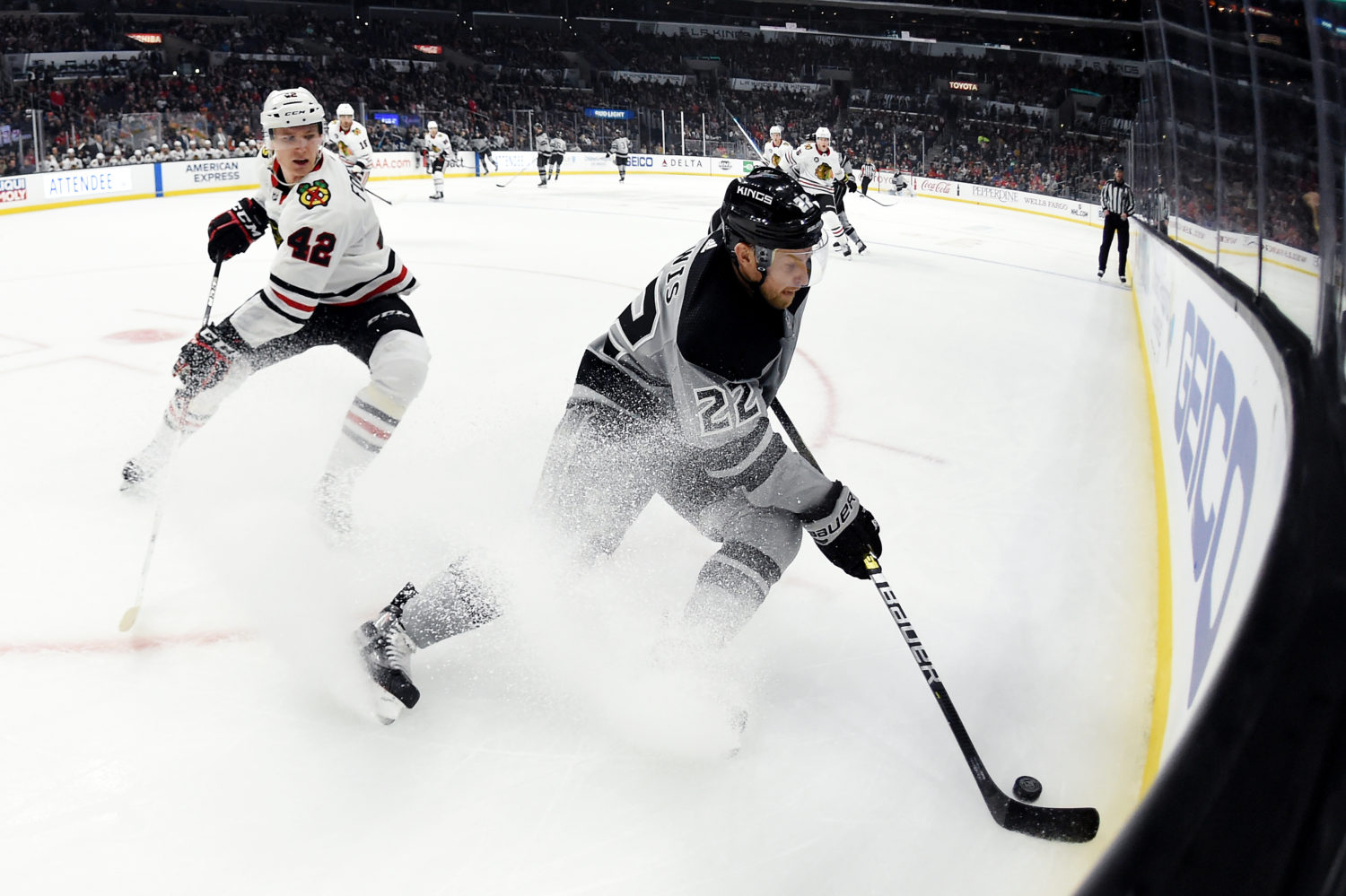 The Kings scored a number of timely goals on Saturday and did a good job of completely holding off what was assumed as an inevitable Blackhawks push based on the algorithm that the teams were separated by one goal after 40 minutes and neither Kane nor DeBrincat had scored to that point. But instead, Los Angeles potted two by capitalizing on some opportunistic arisings and added insurance to a game in which they scored a pair of power play goals in the first five minutes and also responded 71 seconds after Connor Murphy’s second period equalizer with an attractive rush goal as Kempe beat Toews down the ice to accept Brodzinski’s pass. First goals are also timely goals, and Drew Doughty’s laser-guided stretch to Dustin Brown was finished attentively by Brown, who met little resistance when banging in his own rebound. 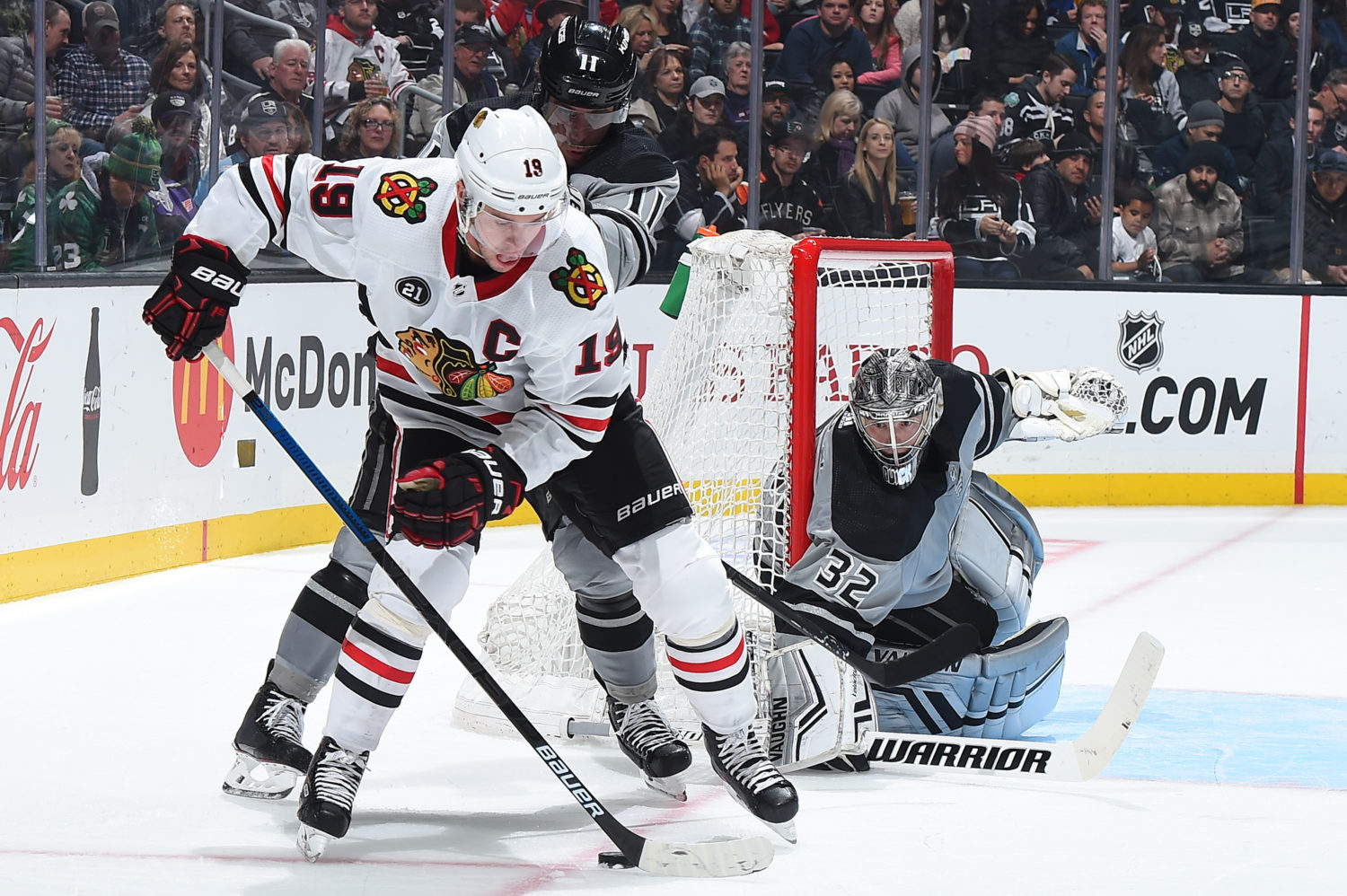 The win was long overdue for a team surrendered third period leads in all four of their post-regulation defeats during the 10-game losing streak. As important as it is to have the highest probability possible to win the draft lottery, it’s also important to gauge which of the younger players and those playing for contracts and roles next season are showing improvement. Adrian Kempe limped into Saturday’s game without a goal during the 10-game losing streak but had scored in the three wins that immediately preceded it, and with a goal and an assist against Chicago all of a sudden has a respectable five goals and 10 points in the last 14 games with an even rating. His time on ice average has jumped to a career-high 14:04 due in part to an efficient penalty killing performance in which he’s been on the ice for only one goal against in four-on-five play over a total of 18:40 since getting regular shifts on the kill on February 2 on Long Island. His play as he looks to blunt a drop-off in production without sacrificing anything from his largely responsible game will be among the storylines to follow over the remaining weeks of the season. He scored a Buddy Goal off a slick saucer pass from close friend Jonny Brodzinski, who now has a goal and an assist in four games. Never before has as wide an opportunity opened up in front of Brodzinski, who had begun to find a fourth line niche last February in his last regular stretch of playing time. 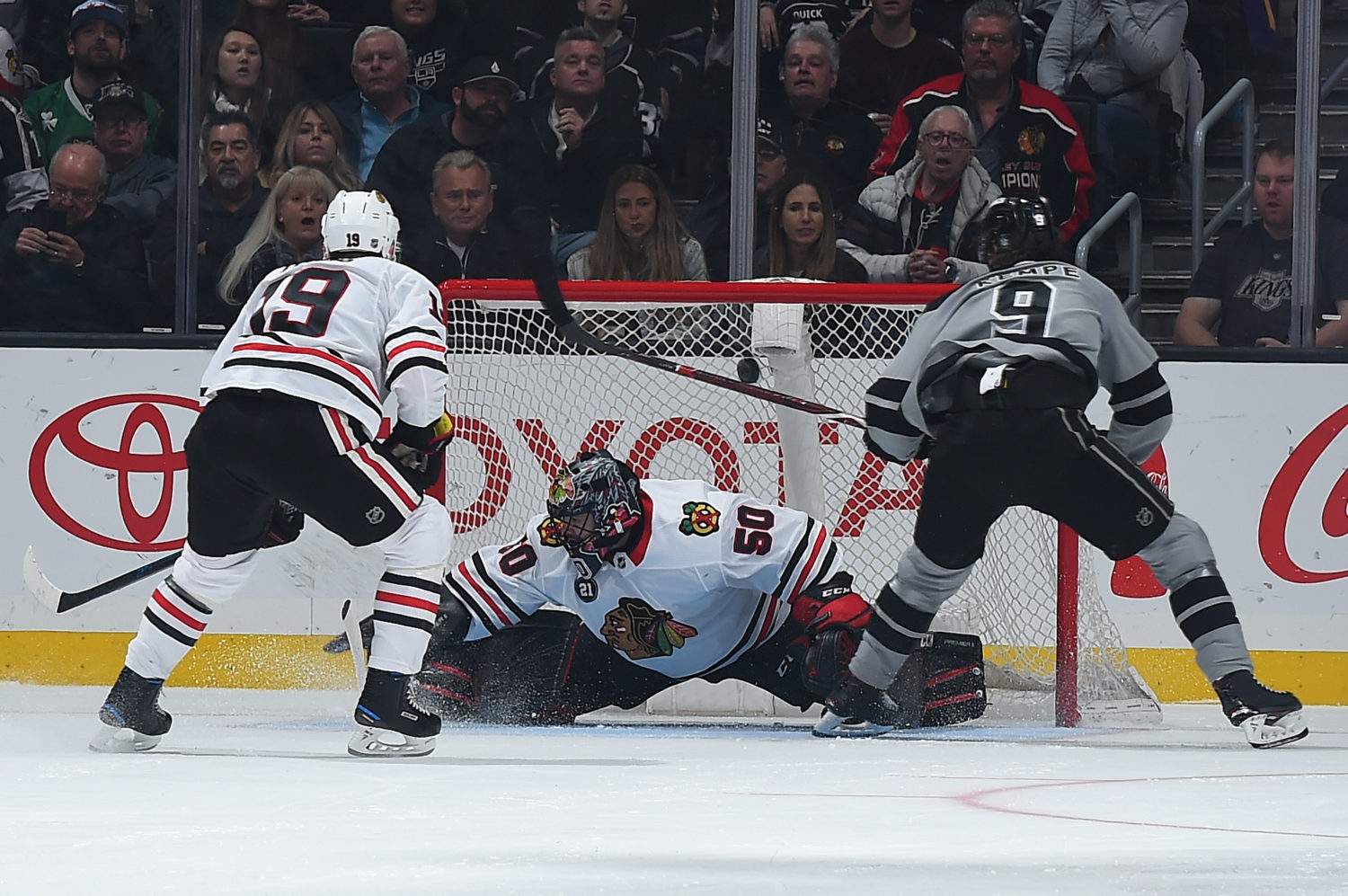