Waking up with the Kings: February 26 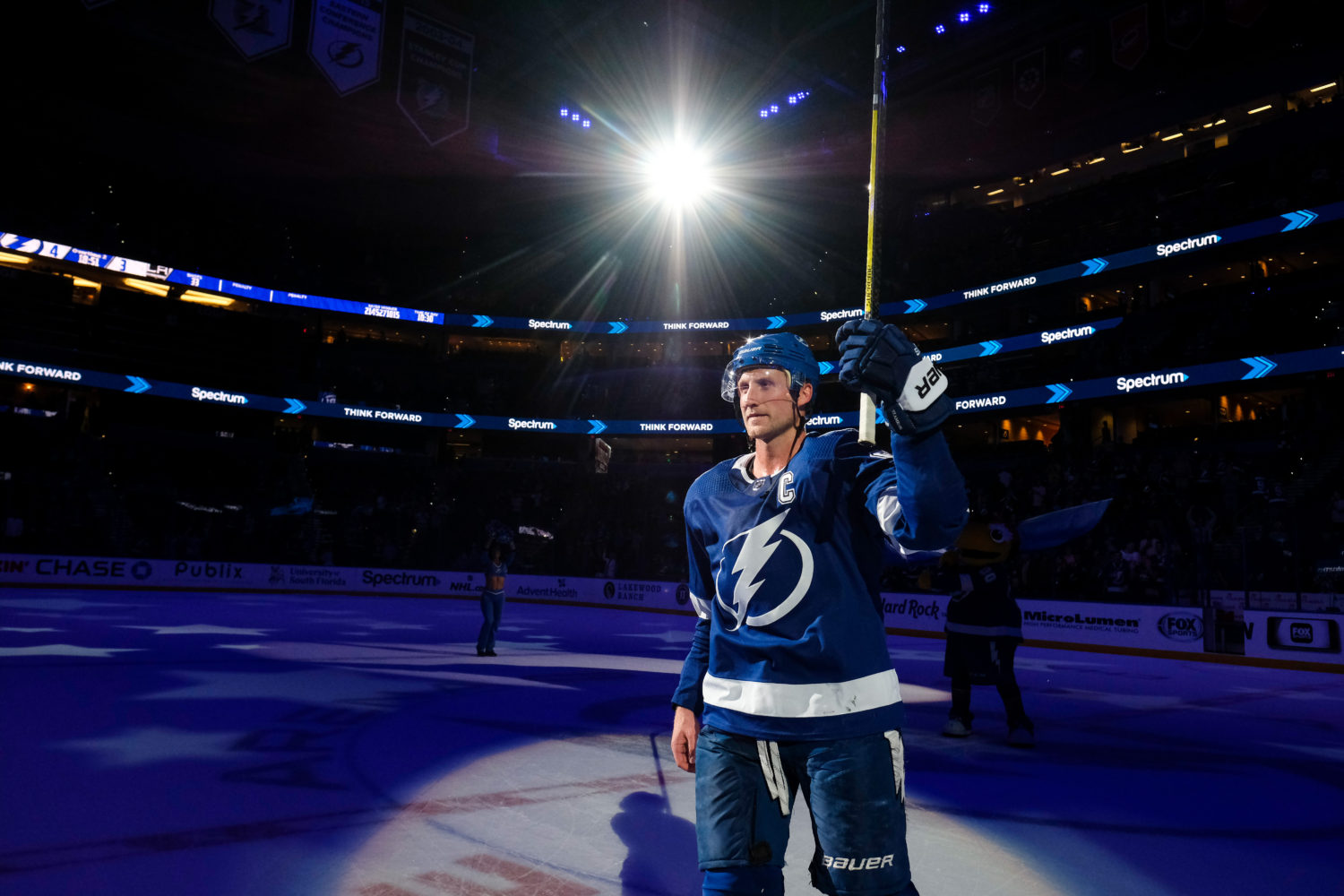 Before we get any farther, let’s acknowledge the excellent theatre of Monday’s entertaining game. There hasn’t been much in the way of high-stakes drama this season; the Kings were eight points out of a playoff spot on November 1. So, to have the opportunity to come away with a win against the league’s best team, in their own building, on national television, after erasing a two-goal third period deficit and staring down Steven Stamkos, Brayden Point, Nikita Kucherov and Victor Hedman in a shootout, that was about as gripping hockey as has been on display since, I don’t know, opening night. Of course, Los Angeles didn’t win, and in the end, the frustration continued as the losing streak extended to equal the third-longest in club history. That’s really rough, because they produced, minus some players, a solid, committed road effort. More on that shortly. There were mistakes. They gripped their sticks tight in the beginning of the game, leading to a casual Brayden Point backhander that gave off the notion that this game was likely to develop into the bloodbath that the teams’ records and trajectories suggested. But even though the Lightning doubled their lead later in the period, the Kings also were getting pucks and bodies to the net, albeit not to the same degree of skill as represented by the quality chances at the opposite end. The visitors improved as the game progressed, and were unfortunate, due in part to their own lack of finishing as well as a sturdy Andrei Vasilevskiy, to not find the back of the net through the first 40 minutes. “Effort,” as it was shared both on social media and on LAKI, wasn’t the issue, and eventually a solid road performance bore fruit in the third period. 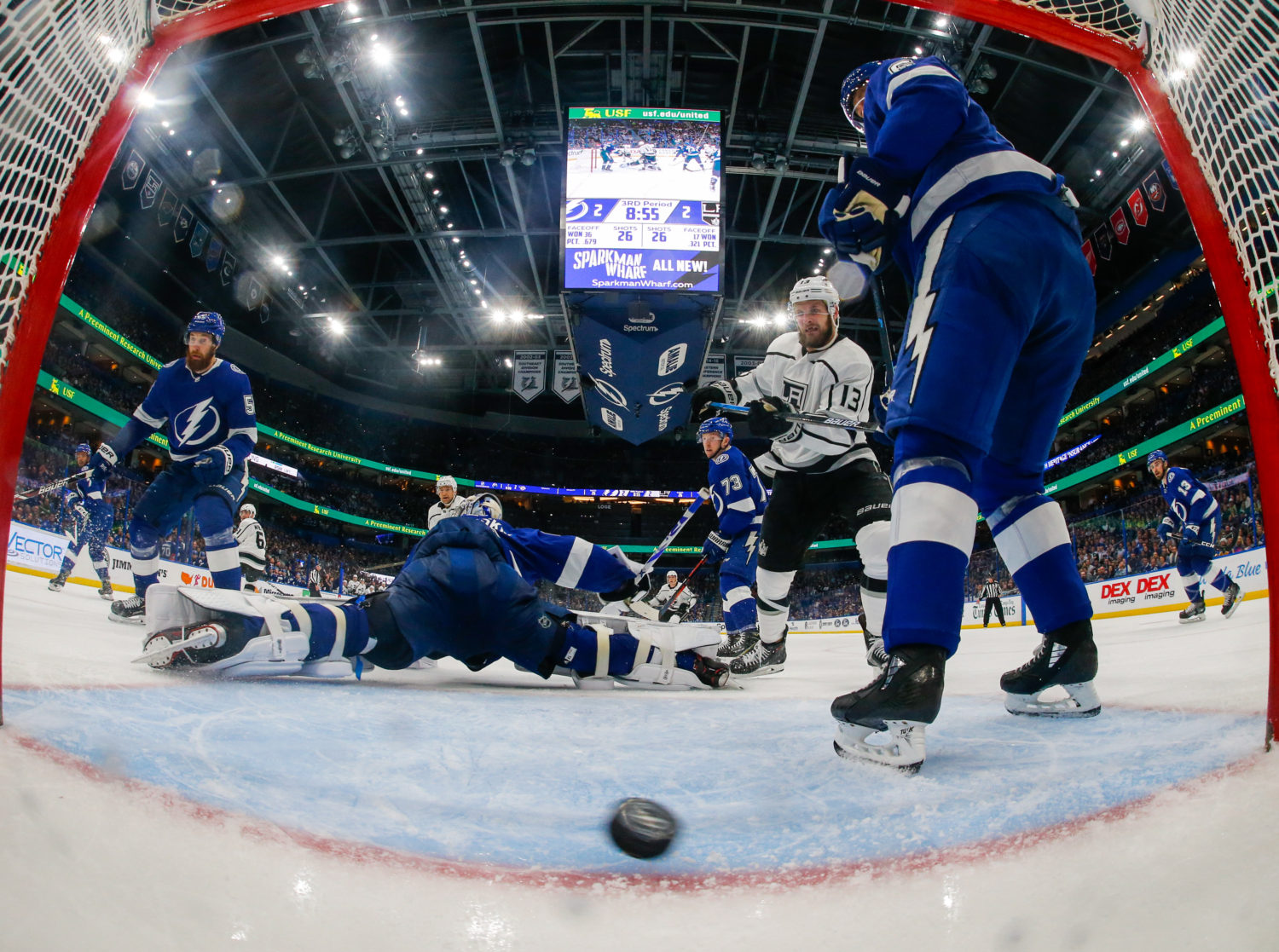 Want to state your case for full-time NHL roles, Matt Roy, Sean Walker, Paul LaDue and Austin Wagner? Good. Go play Tampa Bay without last change. Monday’s game, though not particularly consequential in the standings, was a very good measuring stick for a number of younger players, and while their own individual performances varied, that they received mostly meaningful minutes amidst a strong team-wide performance against a team on pace for 130 points is good for their development. Austin Wagner, who had a goal and an assist in just 8:23 of ice time, now ranks 13th in the league among qualified players with 1.37 individual goals per 60 minutes. That’s somewhat misleading, because he doesn’t face the same competition as the league’s best scorers and receives cushy zone starts, as would be expected for a 21-year-old rookie, but he’s making the most of his opportunity and deserves to have his workload and situational use increase. In such a disappointing season, his breakthrough is among the most positive developments, a notion underscored by the added need for speed on depth lines in a faster-pace NHL. Paul LaDue didn’t register a shot on goal but played hard minutes and noticeably raised his compete level. Matt Roy had a giveaway that led to J.T. Miller’s game-tying goal and missed connections on another pass or two but otherwise showed good poise with the puck. Sean Walker played 18 minutes and notched his fourth assist in 25 games. Let these players play, make mistakes and learn on the fly, and rein them back in if there are challenges in confidence or prolonged dips in performance. 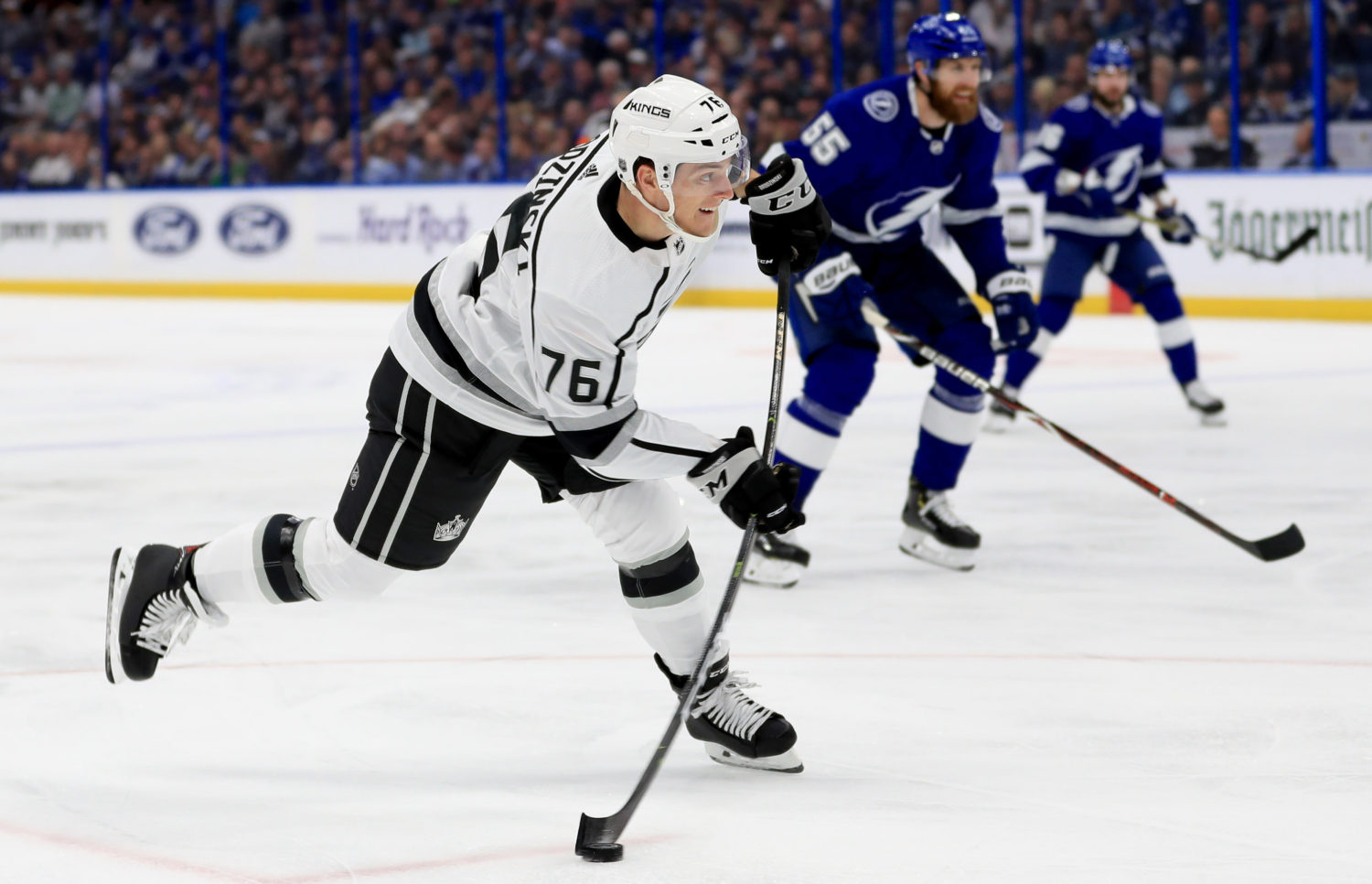 Only one player among the six who registered points on Monday was above 25 years old, and that was Trevor Lewis, who issued a nice dish to Wagner for his go-ahead third period goal. While it’s good to see the younger players forge some of their own success, there’s an awful lot of capital tied up in players who are failing to regularly find the scoresheet. Dustin Brown has been in a scoring slump in 2019 but gets a pass because he was playing dinged up throughout a game in which he threw six hits, including three or four that had the potential to change momentum and drew responses from the crowd. A number of other core veterans are struggling, and if there was anything that resonated after Rob Blake’s conference call ended, it was that while younger players will draw notice over the remaining games, the core will be on watch as they’re called upon to lead them. “We need our veterans just as competitive,” Blake said, one of several spurs of the team’s veteran leaders. “Don’t get me wrong that they’re getting off the hook here and we’re just going to play young guys. We’re going to play the guys that are playing the best and most competitive.” The players understood this, with Carter acknowledging that the older players are also playing for jobs, just as the younger players are auditioning for next year’s roles. While the passing of the trade deadline served as a temporary respite from uncertainty, and the overall team game was largely fine, a number of these players are paid to produce and to set the best examples for younger players, and on Monday, amidst challenging circumstances, there was still a mixed bag. 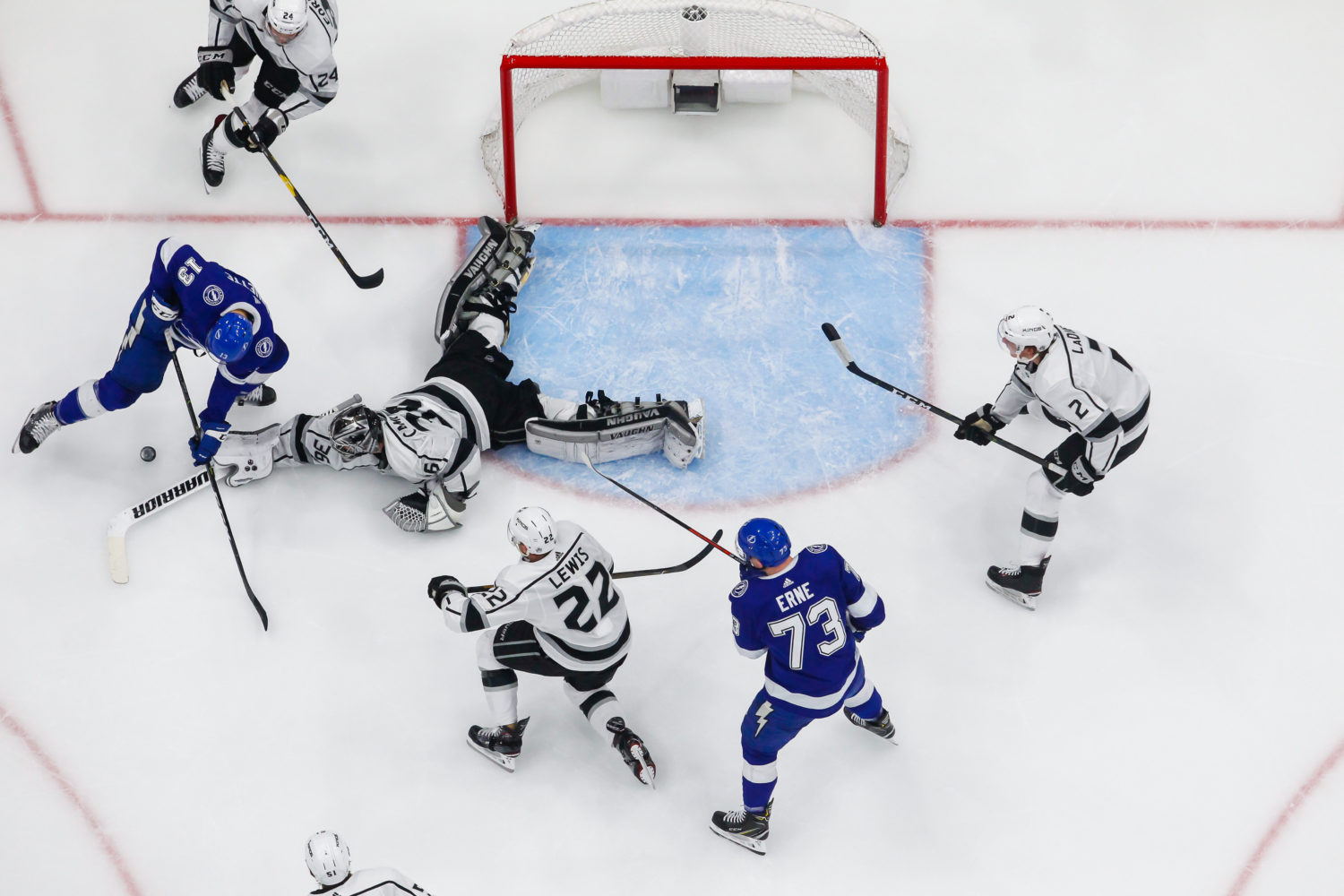