The Ontario Reign held off a third-period surge from the Stockton Heat, en route to a 4-3 victory that began a six-game homestand at Citizens Business Bank Arena.

The Reign got three points apiece from forwards Matt Luff (1-2-3) and Matt Moulson (0-3-3), in addition to goals from Philippe Maillet, Zack Mitchell and Kurtis MacDermid, with the latter’s holdingup as the game winner midway through the second period. The victory for Ontario pushes the Reign to 3-2-2 against the Heat this season, with three meetings yet to come.

The Reign scored the lone goal of the opening stanza as Mitchell and forward Sheldon Rempal opened the scoring, extend a point streak for both skaters. Rempal carried down the right-hand boards in the offensive and fed a saucer pass across the net front to Mitchell, who one-timed it home from close range as he scored for the third straight game, with points in four straight. With the lone assist, Rempal extended his own point streak to three games.

The Reign struck for a trio of goals in the second, opening up a 4-1 lead just past the halfway mark of the middle stanza. After a Luff shot off the back of goaltender Jon Gillies’ paddle found Maillet for a back-post tap-in, Luff found the back of the net himself for his first goal of 2019, a deke to the backhand on a breakaway for his seventh of the season at the AHL level. MacDermid later buried a Luff feed from close range as the Reign pushed ahead by three.

Stockton came back, however, scoring once apiece in the second and third periods to pull within a goal. Alan Quine had a hand in all three Stockton tallies on the evening, as he scored his team’s first goal and assisted on the next two. Quine now has 11 points (4-7-11) from seven head-to-head matchups between Ontario and Stockton this season, leading all skaters in the season series.

The Heat had their opportunities and hit a slew of posts throughout the game but were unable to find a late equalizer. The Reign held on, as Cal Petersen made 44 saves on 47 shots to earn his seventh victory of the season. After a practice day tomorrow in El Segundo, the Reign are back in action on Friday (vs. San Antonio, 7 PM) and Saturday (vs. Colorado, 6 PM) on home ice, capping off a three games in four days set.

Matt Luff on continuing to produce, at over a point-per-game since being assigned to Ontario
Yeah, any time you can be a point-a-game is pretty good, but I mean it’s all up to my linemates, the guys I get on the ice with. They give me the puck, I get them the puck and somehow it goes in so it’s not just me, it’s the guys I get to play with.

On getting consistent game action in his stint with the Reign
I mean, when I came down, that was the point, getting a lot of ice time, a lot of games in. I think I’m finding my stride again and my confidence, finally getting my first one of 2019, that was a big one for me. I think move in stride with it and every day improve and try and work towards getting called up.

On how closely he follows the trade deadline and the possibility of it clearing a spot for him
I don’t really pay too much attention, because we’re pretty busy down here, especially with some games going on. There’s a lot of parts that could be moved or not moved, so if I focus on that, I think I’ll kind of get off my game. I’m just doing what I can control and I think it will all work out, everything happens for a reason, if I stick to what I do best and that’s play hockey and not try to worry about trades.

On getting back in the win column after maybe deserving a win last weekend
I think, when you look back at last weekend, it’s unfortunate that we only got one out of the four, but I think it’s a big homestand, we’ve got six in a row here. Start off on the right foot with two there and then we look forward to Friday and Saturday and get those four points.

Mike Stothers on neutralizing Stockton’s surge in the third period
I thought we played a pretty good game all the way through, the first period might’ve been one of the best we’ve played all year. The second period, we were a little bit too fancy for my liking, bringing pucks back instead of taking it North and I think we corrected a little bit in the third. That’s a good team, they had a good push, scored a real nice goal there, their third one was real nice. You know what, I thought we played well. First of three this week, good to get the first one.

On Kurtis MacDermid and his goal down low
Well, they’ve got to do a better job of boxing him out. You’ve got a 280-pound freight train going to the net. I don’t mind out D going, they know they’ve got free reign to go, but they’ve got to peel off and come back. If that play didn’t present itself, maybe the goalie makes the save, it’s not like he’s going to stay down low, he’s going to peel off and get back to his position. It was a great pass by Luffer. If he had missed that one, then he’d be angry.

On Carl Grundstrom’s game with more time watching him play
I still like the way he plays. I like the fact that he’s got a little bit of an edge to him. I like the fact that he gets angry and he hits, and when he hits, it’s not just a glancing blow, he wants to go right through you and I think that adds to the element of offensive skills that he has, it just makes him more dangerous, he’s a pretty determined individual. Right now, that was a real good line with him, Sutts and Brods, they really compliment each other well. I’ve liked him, I think there’s a lot of untapped potential there and I think that’s a real good prospect we’ve got. Real good. 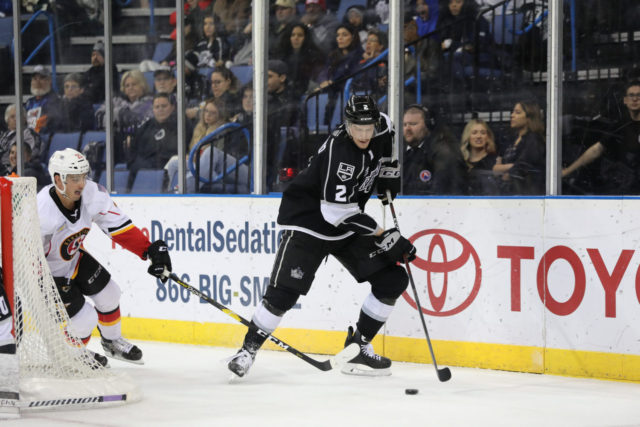 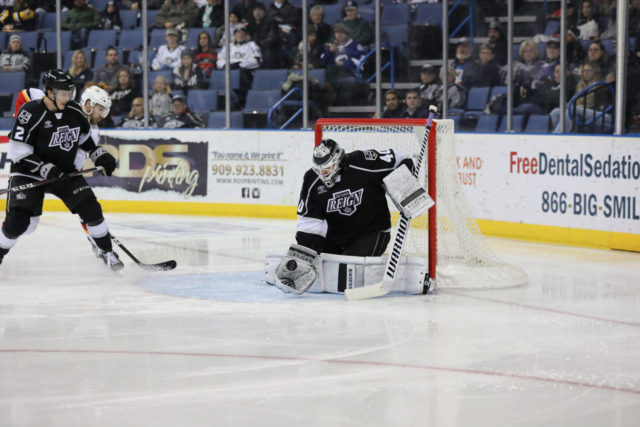 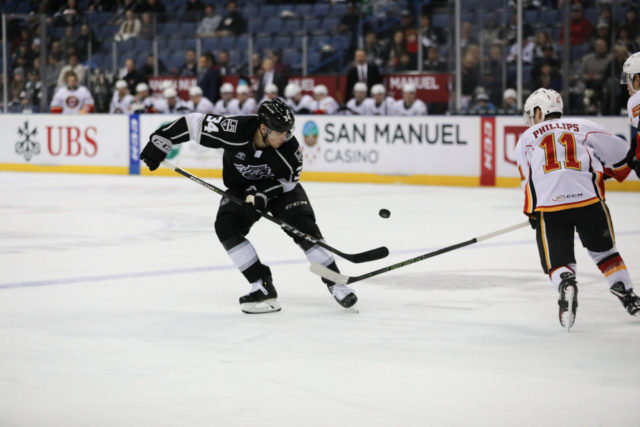