Thompson, 34, has four goals, six points, a plus-three rating and 17 penalty minutes in a defensive-minded role in which he logged the lowest percentage of offensive zone starts out of anyone who played for the Kings this season and ranked third among club forwards with an average of 1:46 shorthanded time on ice per game. He ends his Los Angeles tenure having played in 79 games since his February 13, 2018 trade from Ottawa, having totaled five goals and 12 points.

The Kings weren’t expected to land a haul for Thompson, and moving up a handful of spots in the draft obviously doesn’t represent one. But with the logjam of forwards up front with Trevor Lewis’ activation two days ago, they faced the possibility of not being able to play Lewis or one of their other younger forwards, thus providing an impetus for the trade. Lewis was working on faceoff detail during the morning skate in advance of tonight’s game at Washington, while Austin Wagner, who originally was projected to be scratched tonight, came off the ice early, so tonight’s fourth line will probably be a combination of Clifford-Lewis-Wagner.

As I’ve reported, the most likely players to be moved in advance of the trade deadline were Thompson and Carl Hagelin, both of whom are due to become unrestricted free agents on July 1. Though the Kings are expected to use trades to facilitate significant roster changeover, it’s now appearing most likely that the heaviest lifting – involving players who’ve played in Los Angeles for multiple seasons and have at least one additional season remaining on their contract – will take place around the NHL Draft. That’s a projection based on information gleaned both inside and outside the organization; keep in mind that the market will dictate how active the Kings will be in advance of February 25, so that could change as phone calls are made and the market evolves.

Los Angeles still has nine draft picks at the 2019 NHL Draft, held in Vancouver, B.C. June 22-23: all seven of their own selections, plus Toronto’s first round pick and Calgary’s fourth. This is the third straight season the Kings and Canadiens have swung a trade following the March, 2017 Dwight King trade and the November, 2017 Torrey Mitchell trade. 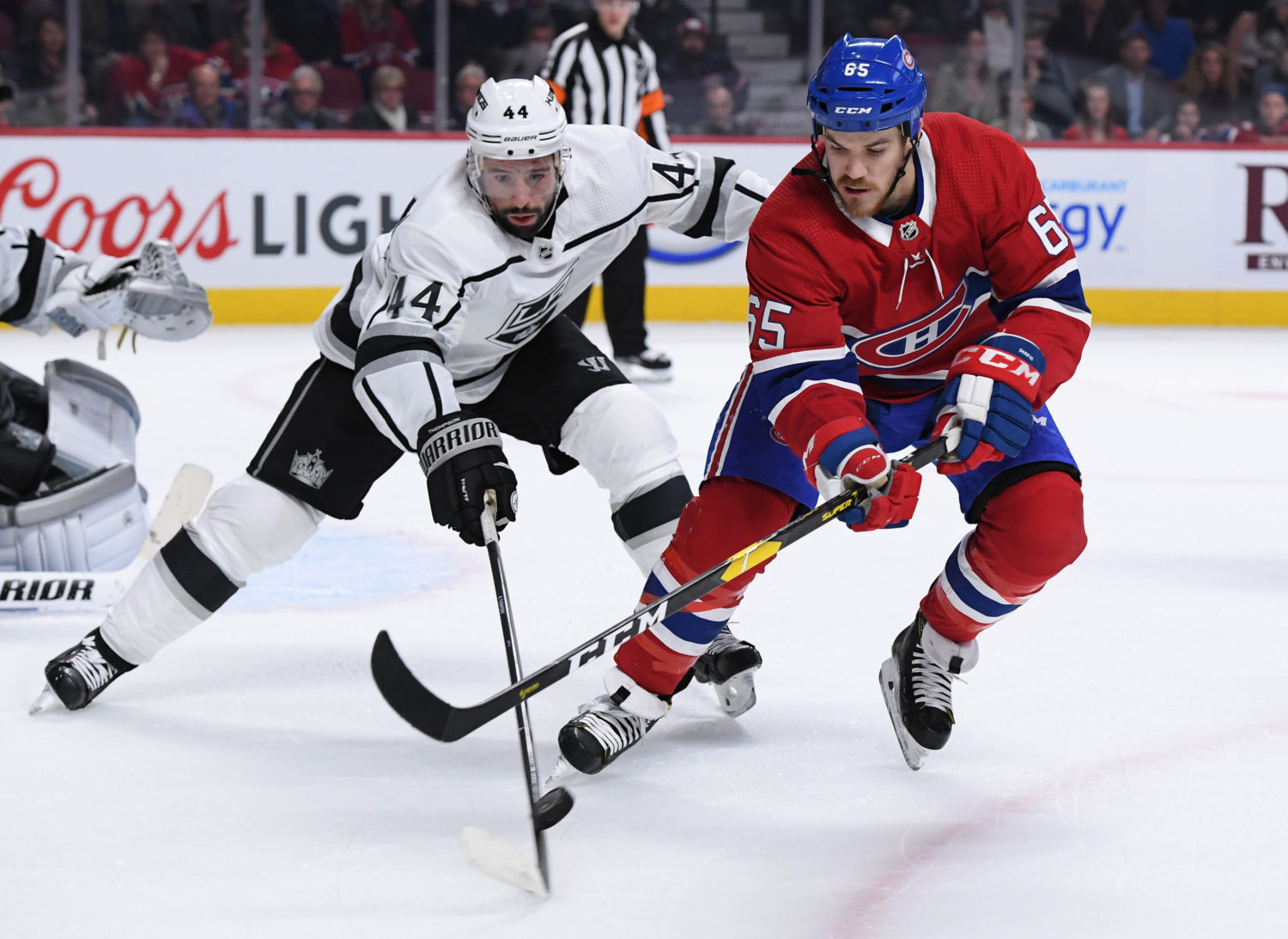