Waking up with the Kings: February 5 - LA Kings Insider

Benefiting from standout goaltending and winning the game’s important moments, the LA Kings eked out an unlikely victory in which they saved their best hockey for the final 20 minutes and 25 seconds. Even the way the game ended was representative of both the Kings’ ability to steal one and of the broader story of the Rangers’ season. New York played a sturdy game marred by several lapses over the final 20 minutes; they hit a crossbar in overtime and paid the price moments later. Los Angeles, meanwhile, wasn’t felled during an important penalty kill following the unsuccessful off-side challenge and answered every goal against with a goal of their own, even in a game in which they faced a stiff challenge leaving their zone with regular pace or speed. They capitalized on one of the infrequent rush chances they generated, sparked by a Drew Doughty stretch pass to Carl Hagelin, who left the puck for Ilya Kovalchuk and his gorgeous no-look feed to a net-crashing Adrian Kempe in one of the Kings’ better displays of pristine playmaking this season. 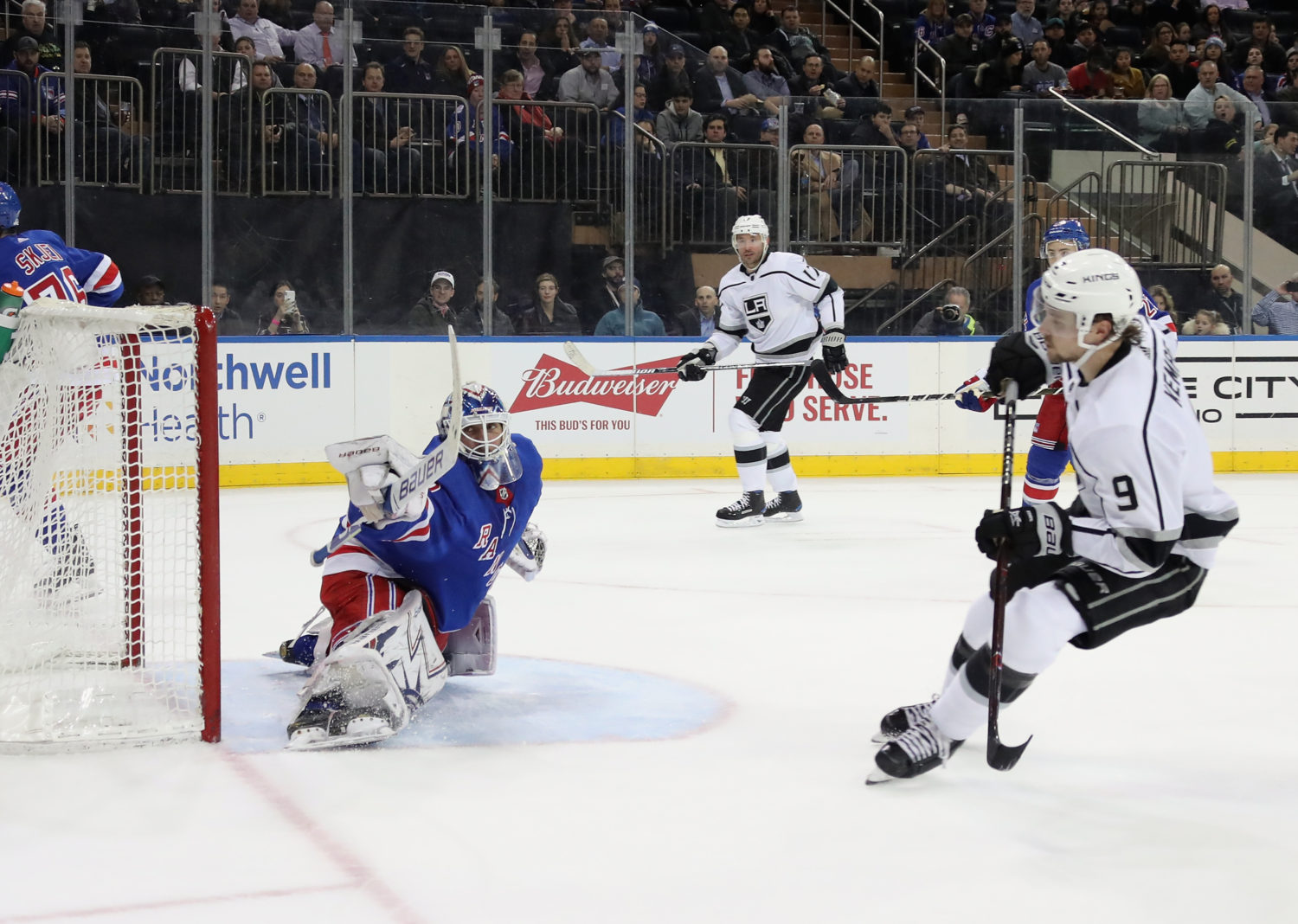 Speaking of the Kempe line, that combination was going well for much of the night, with Kovalchuk showing very well for the second consecutive game out of the break. For a player who exudes the adrenaline-based enjoyment that he does, this juju should be sustained during a game tonight in which he’ll be the focal point of perhaps a few pitchfork-yielding locals. Kempe made bee-lines straight to the net with speed and beat his player down the ice to score twice, with the second marker a pretty good reenactment of the type of net-crashing goals he scored during his 18-year-old goal spike with Manchester during the Calder Cup spring of 2015. While Matt Luff and Sean Walker weren’t in the lineup, several other younger players got a longer leash in Monday’s win, with Michael Amadio factoring into the game-tying goal in the last minute of regulation. He received a Doughty pass and protected it long enough to draw Mika Zibanejad towards him, opening up a passing lane to Kempe. Kempe redirected the pass deep, where Toffoli got behind Marc Staal and Chris Kreider to fish it loose off the boards and find his streaking center. Amadio rotated through the lines in the third period with Carter out, but while he was skating with Kyle Clifford and Austin Wagner, his line was as effective as any at playing in the offensive zone. 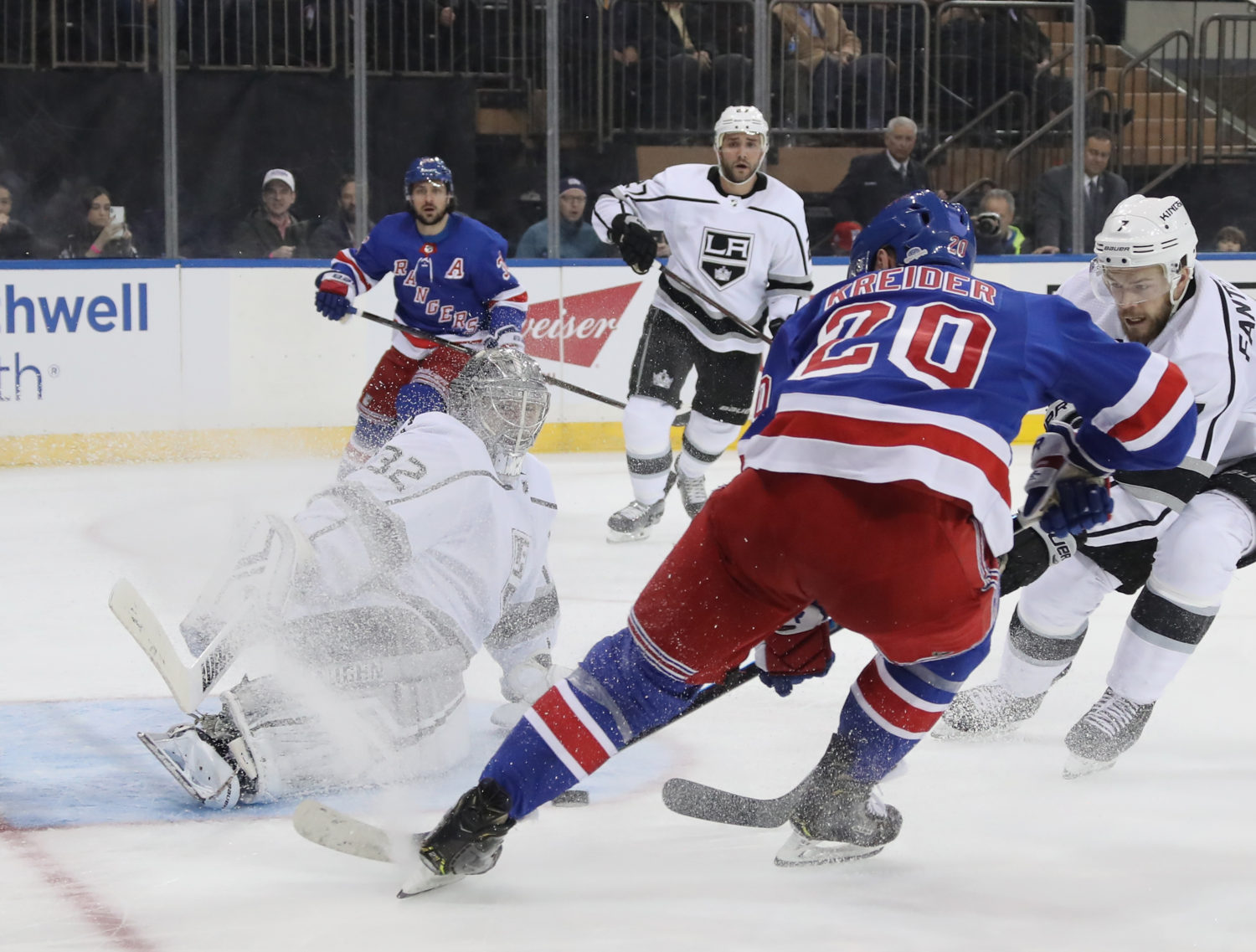 The ideal scenario, of course, is for the Kings to finish with the first or second pick at the NHL Draft. Anything written between now and the draft lottery is said with this in mind. That is not an easy thing for hyper-competitive athletes or coaches paid to get every ounce of production and effort out of their players to accept. There was a real palpable emotive release when the game-tying and game-winning goals were scored that carried into the Madison Square Garden corridors and to the dressing room after the game. I’ve been downstairs preparing for dozens of TV hits during emotional wins, and this was the most excited and fired up bunch I’d seen after a win this season. I stood in the same hallway after the team took a 3-0 lead in the 2014 Stanley Cup Final, and their faces depicted marathon exhaustion. Even if they hadn’t come back on Monday, few of us would’ve batted an eye. We’d have dissected a difficult loss on a seeing-eye Adam McQuaid wristshot from the point that went against the concerted third period push and moved on to today’s effort against the Devils. Instead, even in such a difficult season in which there are daily references to Jack Hughes and Kaapo Kakko around Kings hyperspace, it still means so much for this team and these players to be rewarded for the work that they put in, and that it happened at Madison Square Garden is a nice perk. 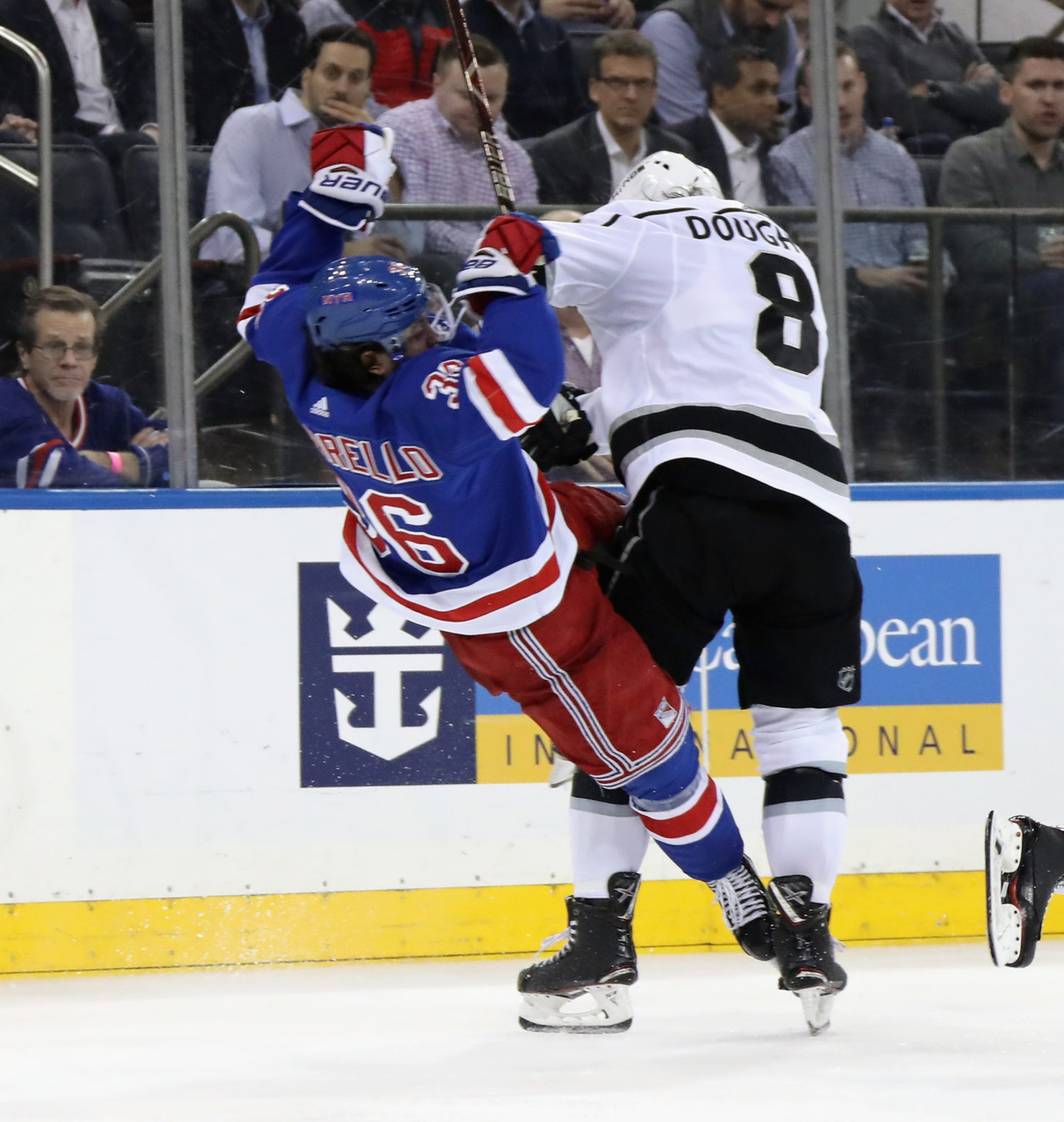