This morning’s Ontario Reign practice marked the organizational debut for forward Carl Grundstrom, who was acquired as a part of Monday’s Jake Muzzin trade. Grundstrom hopped onto a line with Matt Moulson and Philippe Maillet at today’s skate and brings 29 points (13-16-29) from 43 games as a rookie this season with the Toronto Marlies. While Grundstrom, as to be expected, admitted he was taken aback at first by the trade, he showed obvious excitement in his responses and general expressions in his interview, about his opportunity with the Kings.

“I was a little bit shocked, of course,” he said, when asked about his initial reactions to hearing he was traded. “Otherwise, it’s just pack your stuff and get out of there. Kyle Dubas called me, he let me know and after that, Rob [Blake] called me too.”

Grundstrom gives the Reign some added depth at a time when three forwards – Mike Amadio, Austin Wagner and Matt Luff – have all been recalled by the Kings in advance of their upcoming Eastern Conference road trip. The bonus for Ontario with this transaction is that they gain a player that could become a key contributor, while not losing a player in the process, as usually happens when a player is added to the roster through a callup/assignment with the Kings.

Grundstrom is set to skate in his first game with Ontario tomorrow evening in San Diego, while the Reign return home the following evening for what could be Grundstrom’s home debut in Ontario against the Bakersfield Condors (with his first specialty jersey available that night as well!). Note that tomorrow’s game is the AHL’s Free Facebook Game of the Week, if fans want a first look at the organization’s newest skater.

Carllllllll. Good to see you.

The newly acquired Carl Grundstrom skated in his first practice today with the #Reign – He talks about the trade, his own game, his Calder Cup championship and more! pic.twitter.com/bsTFplN3uK

On whether he had ever been to California before this week
Yeah, one time before I had been here in LA. It’s a nice spot for sure.

On the weather difference between Los Angeles and Toronto
Yeah, it was freezing in Toronto, so it was nice to come out here in the sun. It feels great.

On his own game and what he brings on the ice
I think I play fast and hard. I like to score and be creative with the puck as well.

On the prospects of joining anew organization with the Kings, and possibly a clearer path to the NHL
Hopefully, I think I’ve got a good opportunity here. I’ve just got to play well and play my best and keep working. Hopefully, I’ll have a good shot here.

On whether he spoke with former Reign captain and current Toronto Marlie Vincent LoVerde about Ontario
Yeah – I haven’t talked to him after I got traded, but when we played in the same organization, he said it was good here and that he enjoyed it a lot to play here. It was a great spot, he said. 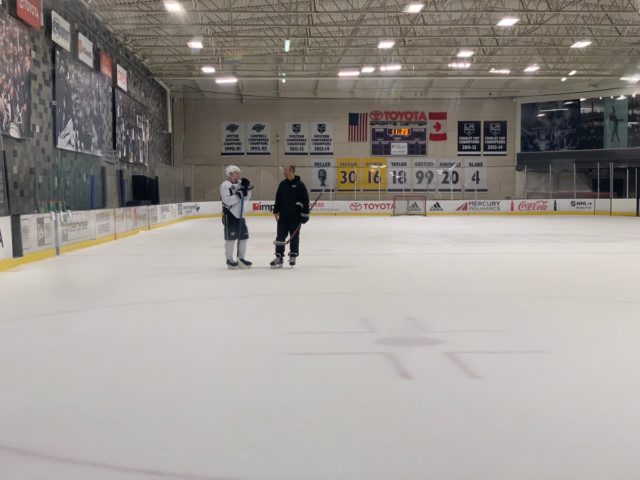 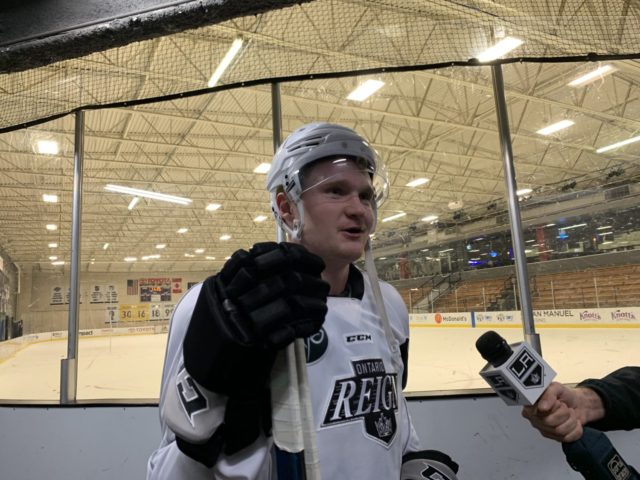 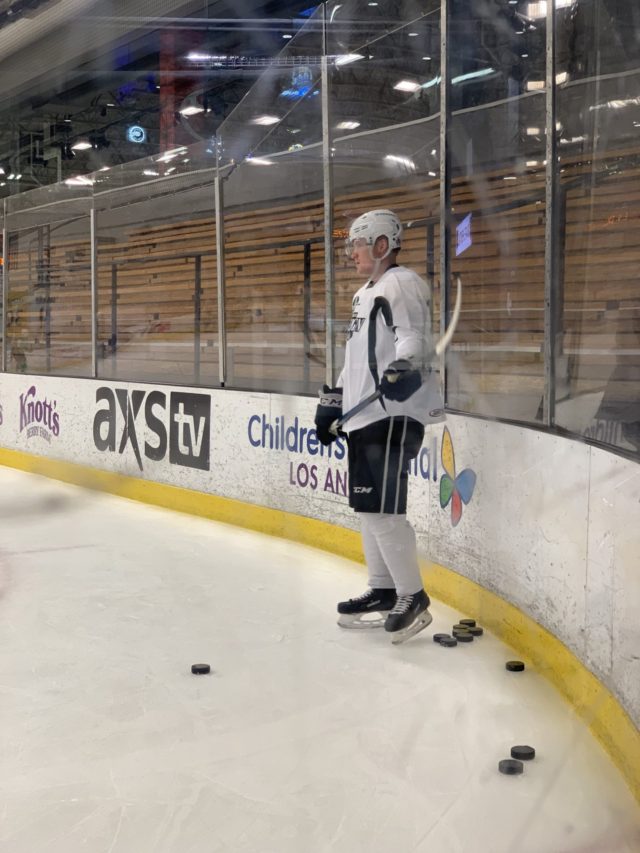